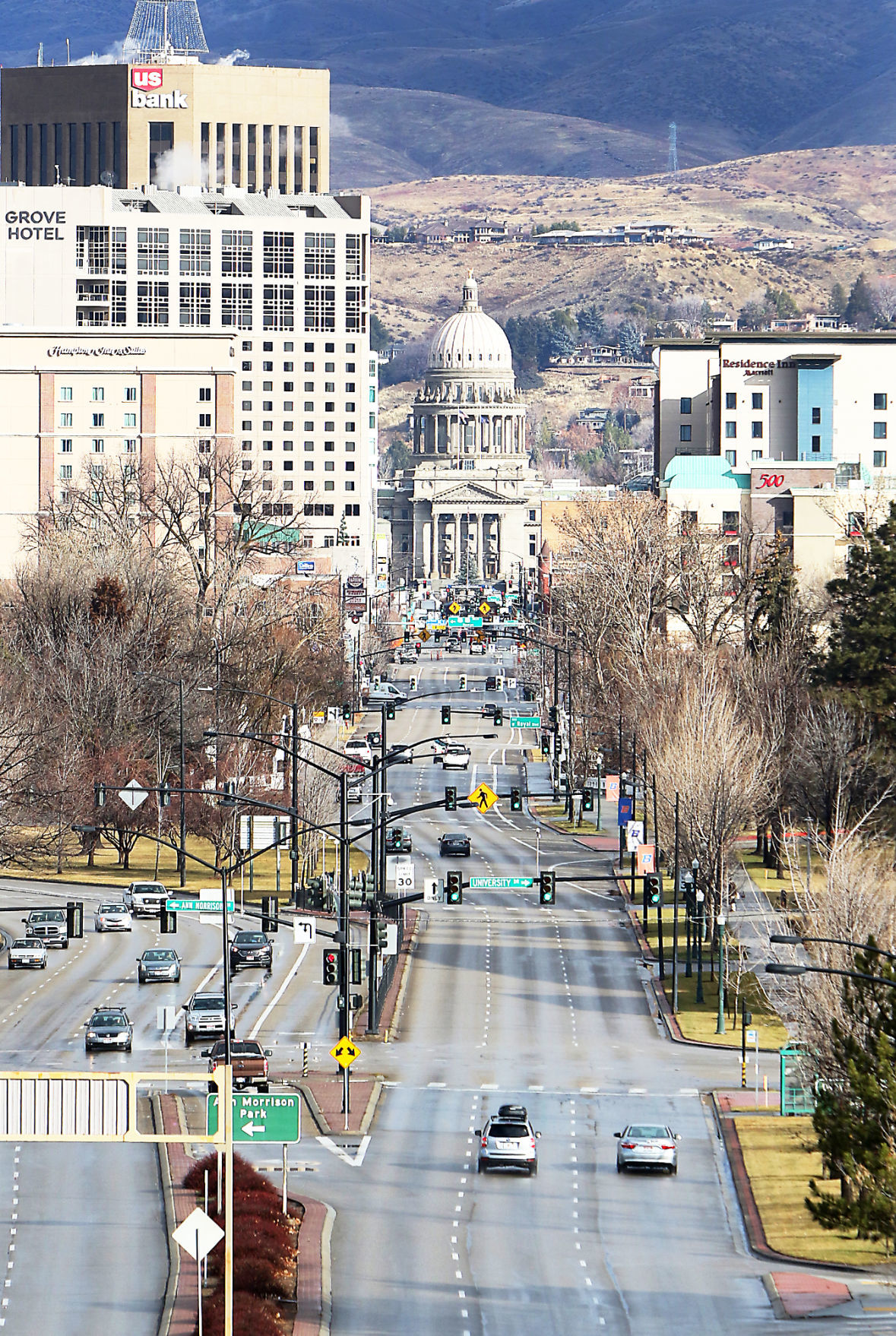 A view down Capitol Boulevard into downtown Boise, Wednesday, Jan. 1, 2020. 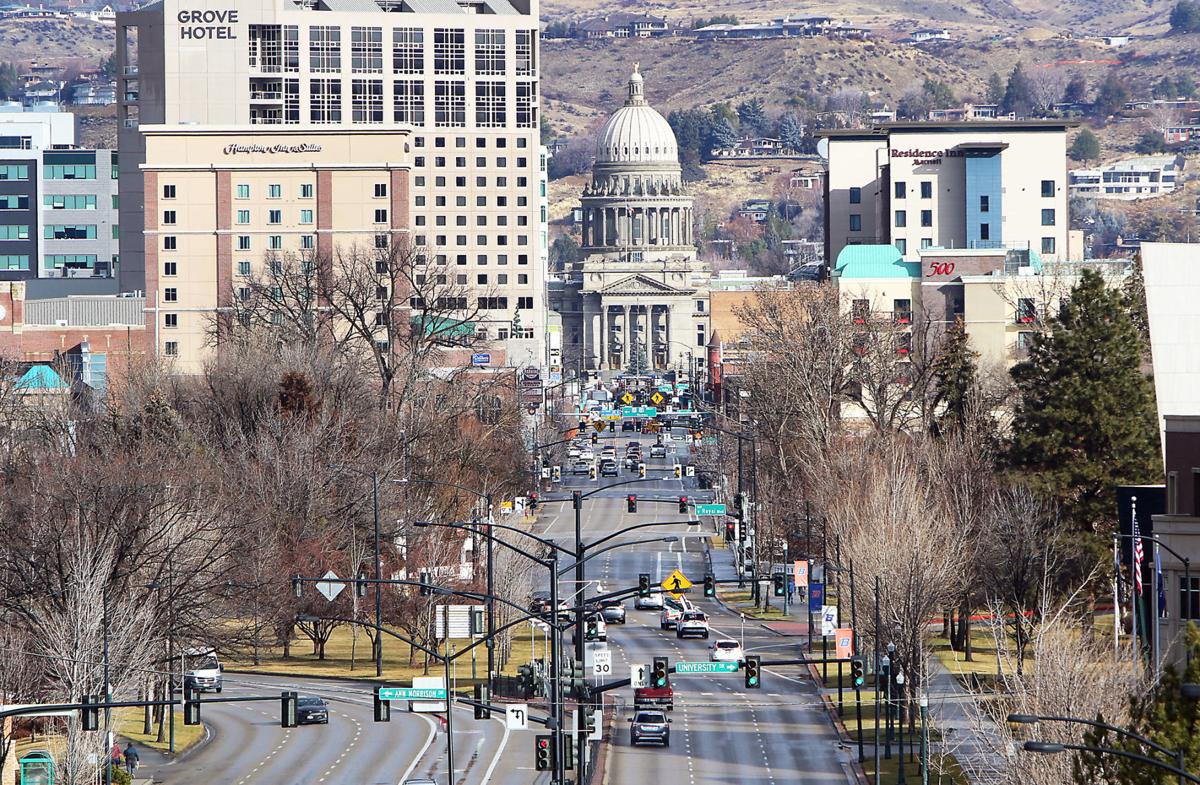 The midday sun breaks through the clouds to light up downtown Boise and the State Capitol building, Wednesday, Jan. 1, 2020. 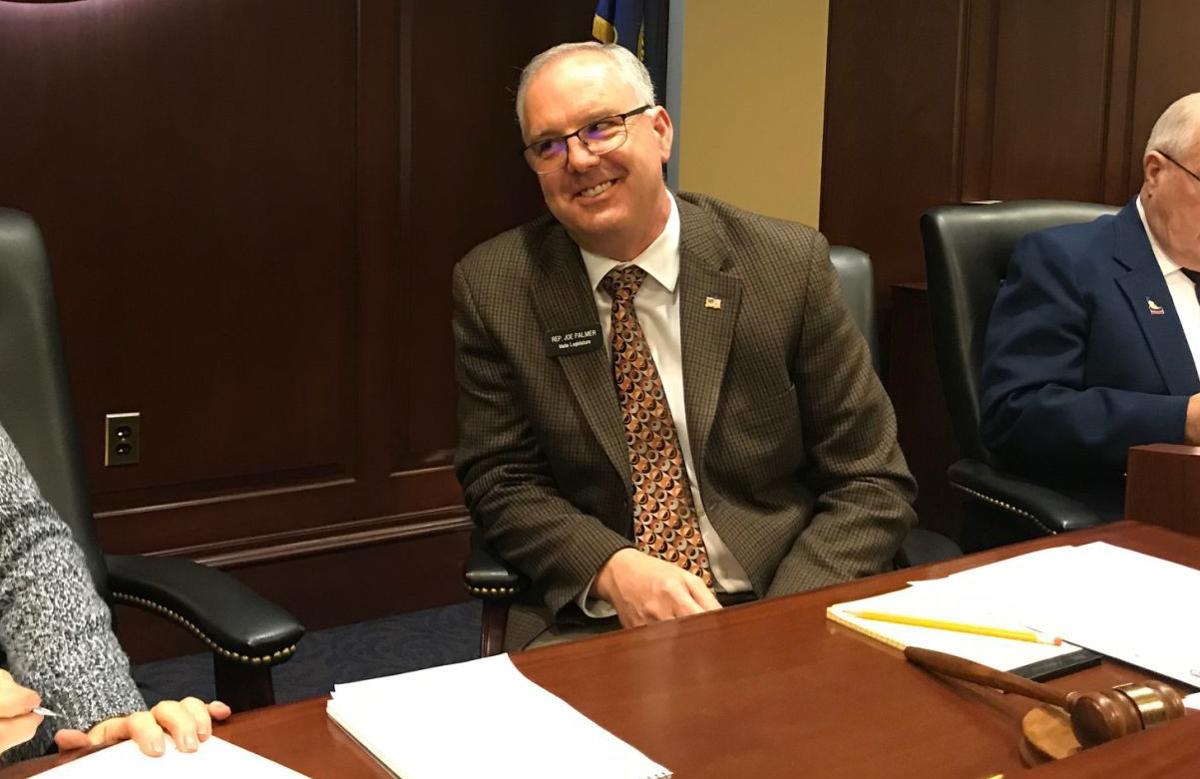 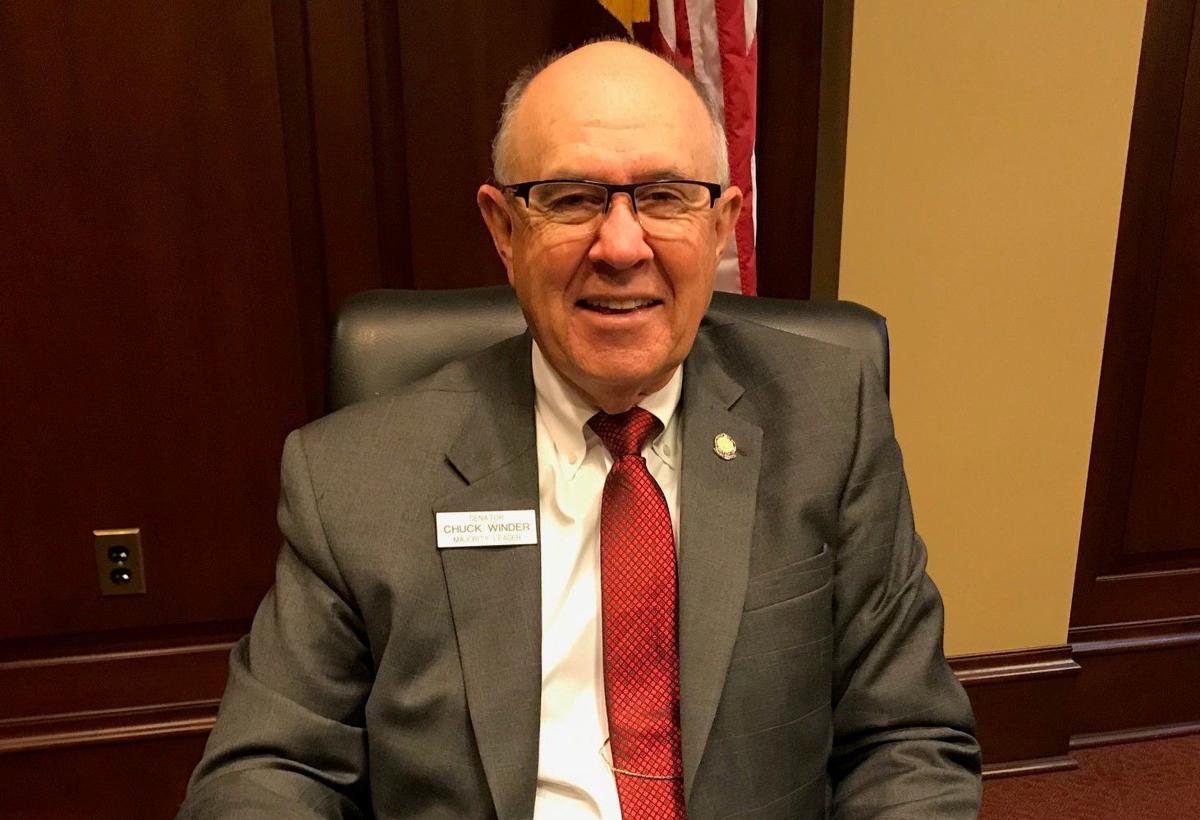 A view down Capitol Boulevard into downtown Boise, Wednesday, Jan. 1, 2020.

The midday sun breaks through the clouds to light up downtown Boise and the State Capitol building, Wednesday, Jan. 1, 2020.

BOISE — Idaho House Transportation Chairman Joe Palmer, R-Meridian, ran for mayor of Meridian and lost in November, and that city in October was the first in the Treasure Valley to enact an ordinance to ban driving while using a handheld cellphone.

On Jan. 8, Palmer introduced legislation that would overturn Meridian’s ban as of July 1, along with those of all other Idaho cities or other local authorities.

But Palmer said his bill would also “fix the problem” by enacting a new statewide distracted-driving law that would allow police to cite dangerous distracted drivers, whether they’re talking on the phone, eating or grooming themselves.

Palmer said his bill has nothing to do with his run for mayor of Meridian — he actually drafted the bill last year.

More than half a dozen Idaho cities, including Meridian and Idaho Falls, have enacted those.

“It preempted the cities, and didn’t do anything else,” Palmer said. “I said, ‘Why don’t we draft a bill that preempts them but also fix the problem?’”

“I don’t believe an all-out ban is necessary, because we have a lot of rural areas,” Palmer said, and he believes it’s safe to use a handheld cellphone while driving there. “But I certainly think it’s not safe when you’re in traffic to use a cellphone.”

“My approach is to figure out a way to make it consistent,” Winder said. “Meridian has a ban now — Ada County doesn’t, Eagle doesn’t, Star doesn’t.”

That means someone from western Ada County who’s driving to work in Boise could be alternately legal, not legal, and legal while using a phone on their commute to work, he added.

“There’s a huge percentage of accidents that are due to inattentive driving that relate to handheld cell phone use,” Winder said.

Winder’s bill is still in draft form; he hopes to have it ready to introduce by the end of the month. Rice said he’s not working on his own bill this year, because he’s letting Winder take the lead.

“There’s still a lot of work to be done,” Winder said.

Palmer’s bill would allow police who deem a driver to be distracted by an activity unrelated to driving that “interferes with the safe operation” of the vehicle, or endangers pedestrians or other road users, to issue the driver an infraction citation. Infraction citations carry fines of $90 plus court costs, the same as Meridian’s hands-free ordinance.

Palmer’s bill also would eliminate Idaho’s current narrow law banning texting while driving, which has proven difficult to enforce as it doesn’t cover other activities with a handheld device while driving.

Like the current texting law, it would specify that the new distracted driving offense would “not result in violation points,” and “not be deemed to be a moving traffic violation” for car insurance rating purposes.

Palmer said he’s just introducing the bill, not rushing to hold a hearing on it. He said he’s heard there are others out there as well, including one Christensen is drafting.

Rep. John Gannon, D-Boise, said, “We’ve got to do something about the inconsistency of ordinances between cities, especially Boise and Meridian — we don’t even know where the boundaries of Meridian are, and I appreciate you bringing this bill so we can make some progress on that.”

Meridian was the seventh city or county in Idaho and the first in the Treasure Valley to pass a hands-free ordinance.

According to the Insurance Institute for Highway Safety, handheld cellphone use while driving is banned in 16 states, including neighboring Oregon, Washington and Nevada.

Following the passage of Meridian’s ordinance, officials from Nampa and Emmett, as well as Ada County, have said they are considering similar ordinances patterned after the Meridian model.

Meridian Police Chief Jeff Lavey has concerns with provisions of Rep. Joe Palmer’s proposed distracted driving bill, but is glad he “got that dialog started Week 1” in the legislative session.

Asked about the new bill Palmer introduced, Lavey said, “I don’t have a problem with them taking away the local authority as long as they have a decent law.” But as for Palmer’s bill, he said, “There’s a lot of problems with it.”

“It’s very subjective to law enforcement and it gives law enforcement a wide range of what’s distracted, what’s not distracted,” the police chief said. “And I don’t see a Legislature or a community that is going to say we want that much authority on the part of law enforcement. Because what I think is distracted may be totally different than the next officer.”

He has other concerns about the bill as well. But Lavey said he was glad that Palmer brought the issue forward so early in the legislative session. “I appreciate the fact that he got that dialog started Week 1,” Lavey said.

Lavey said there are multiple bills in the works on the topic; he’s been working with the insurance industry and other stakeholders on one, and has also reached out to Sen. Chuck Winder, R-Boise, who is drafting one.

“Hopefully with all those ideas out there, we’ll have something that will stick,” Lavey said.

He said he’s also been hearing people complain that they don’t know where the city limits are; Meridian’s ordinance applies only within Meridian city limits. “I say, ‘You’re missing the point.’ If you put your phone down and just drive, it shouldn’t make any difference what jurisdiction you’re in,” he said, “and believe me, law enforcement knows whether you’re in the city limits or not.”

“We’ve really got to change behavior out there,” Lavey said. “People are addicted to the phones.”