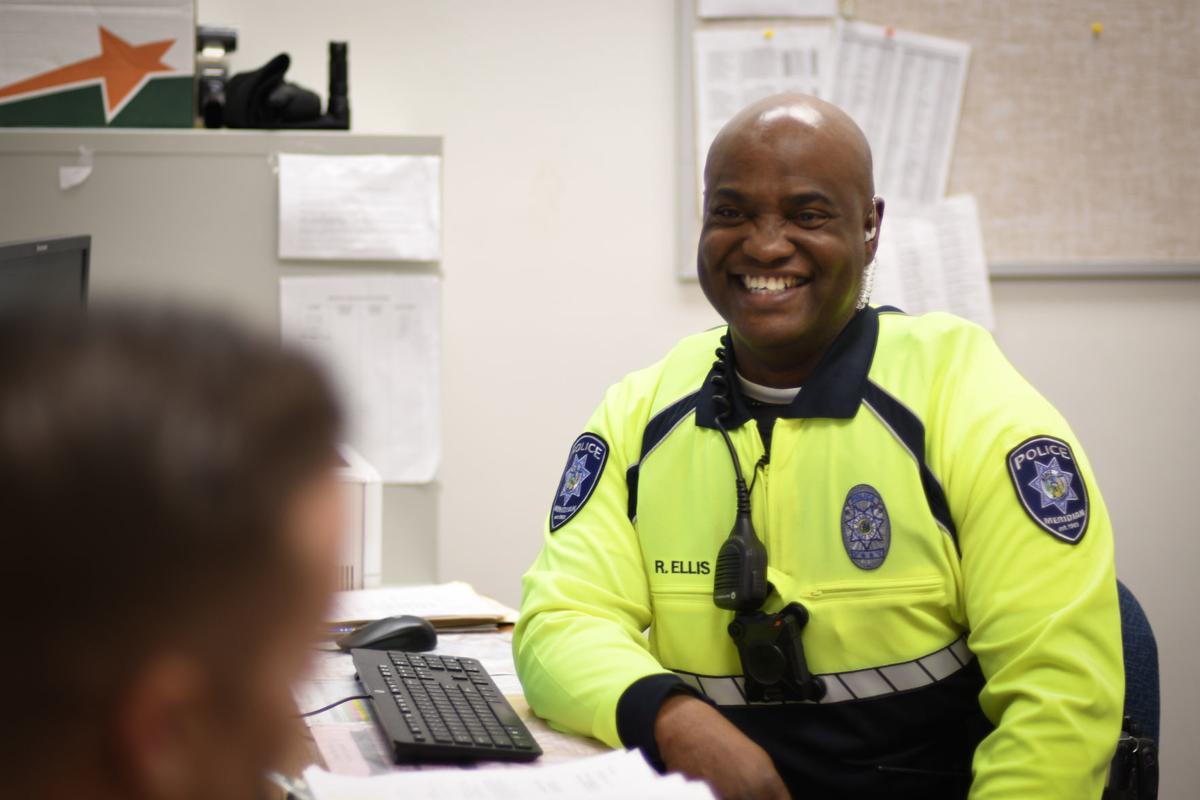 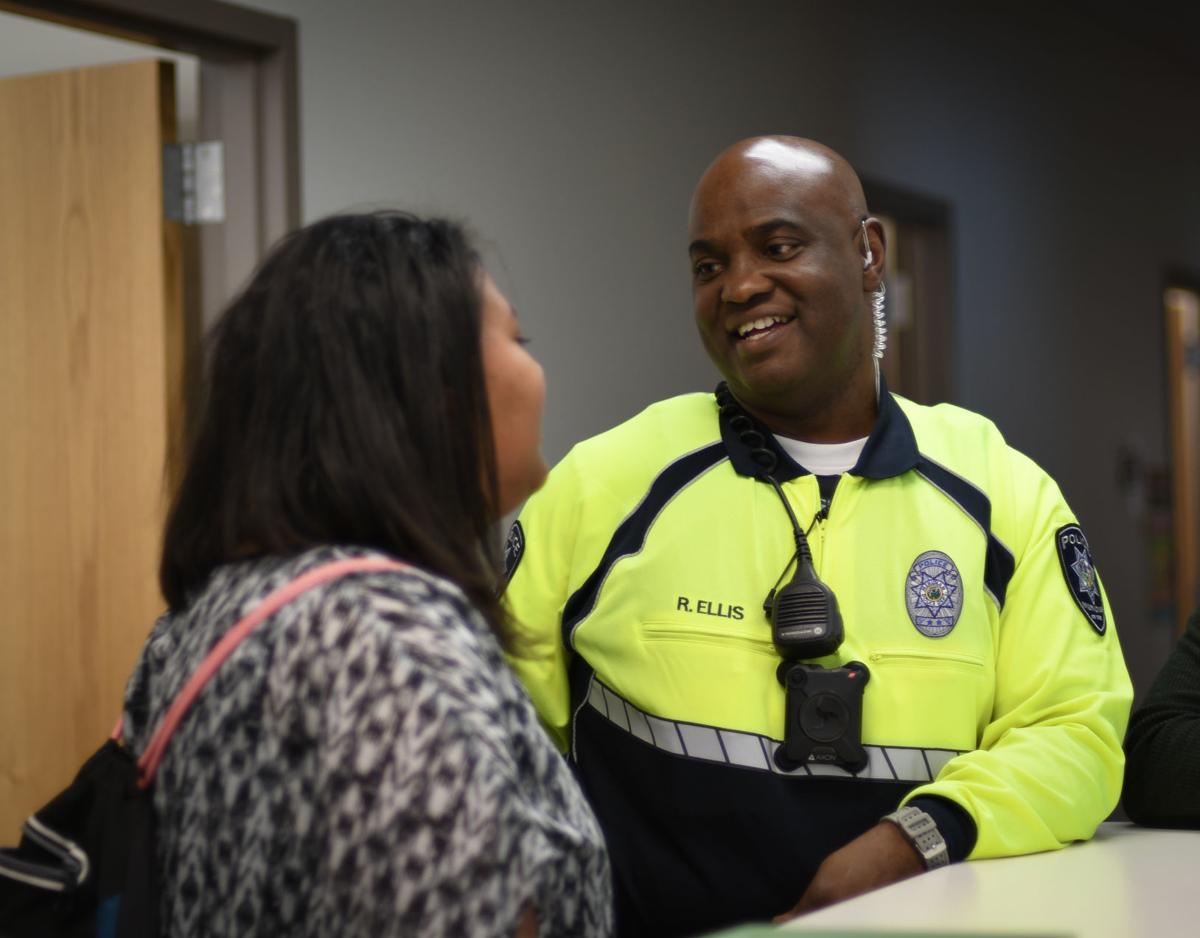 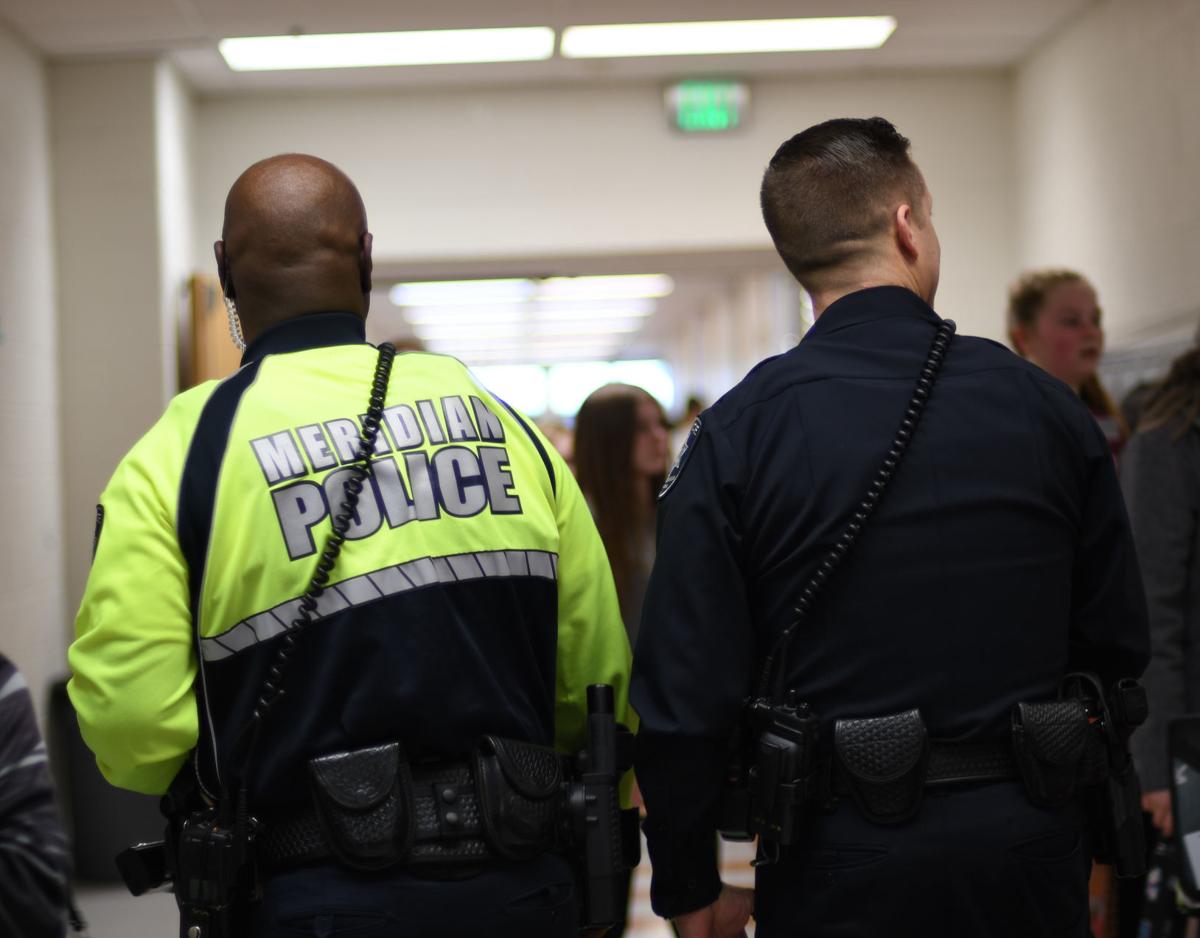 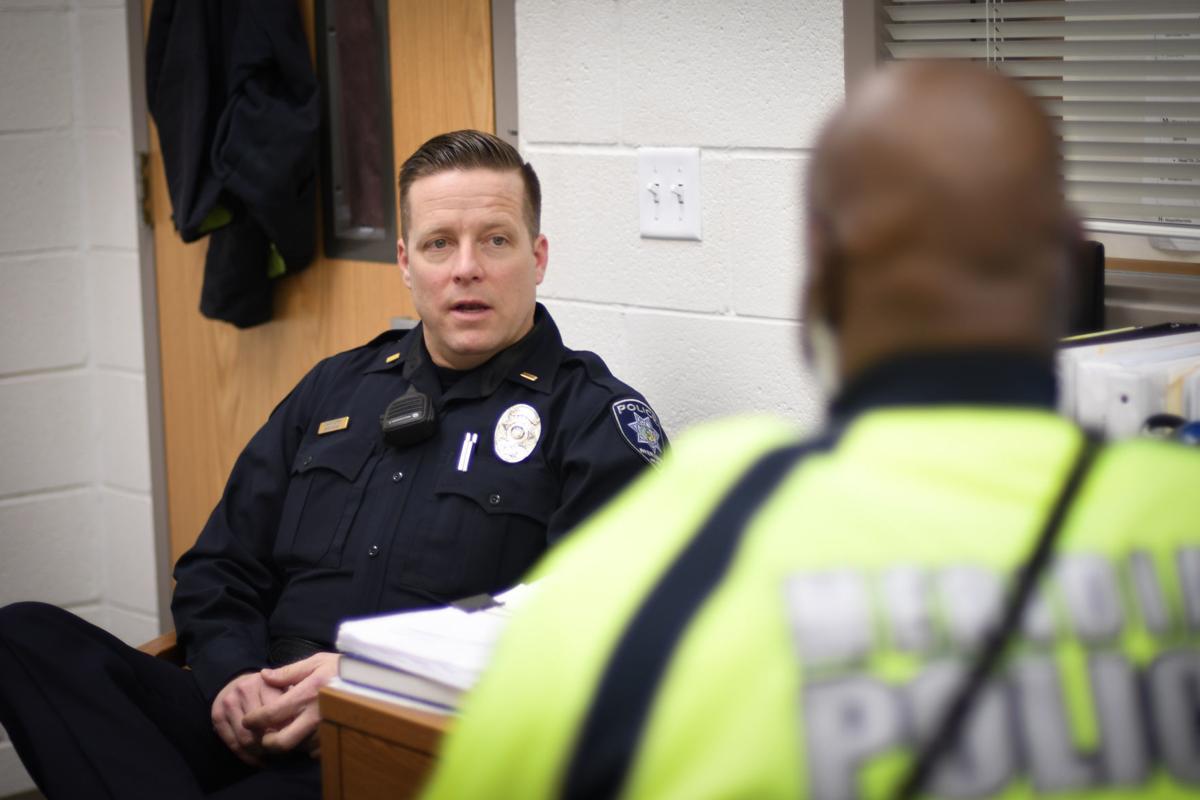 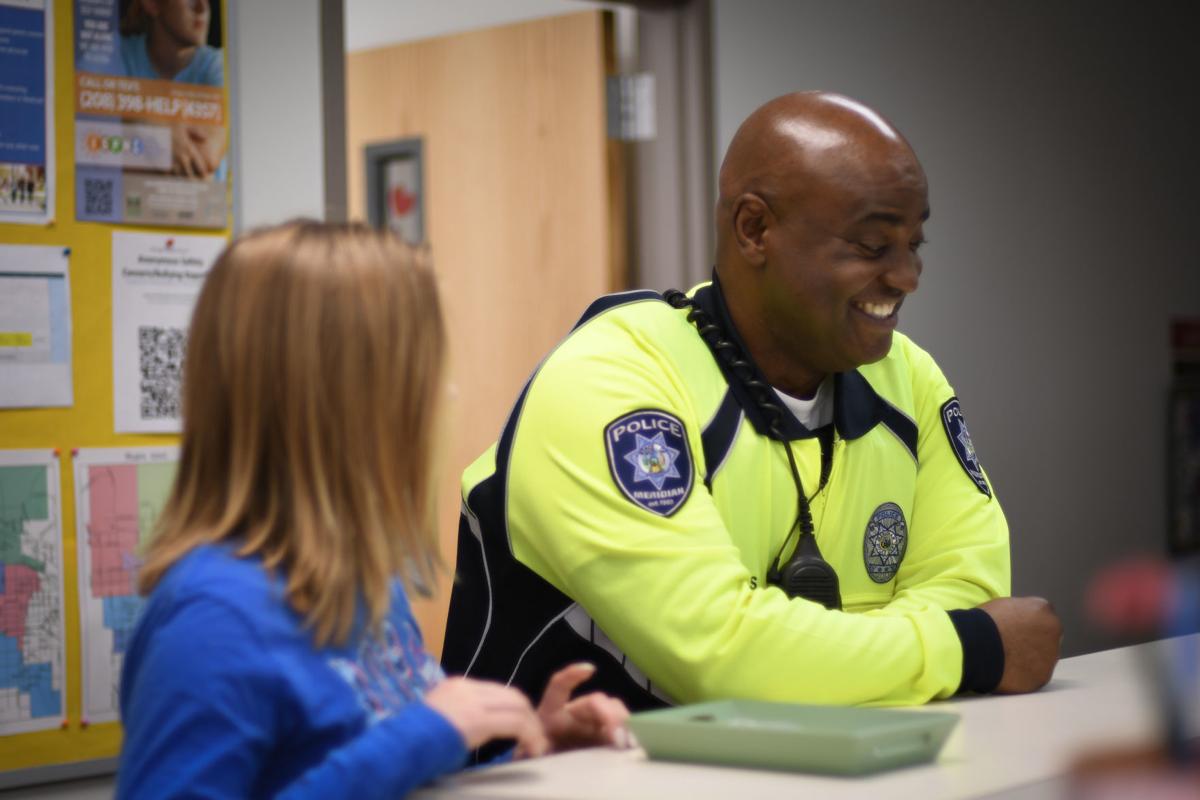 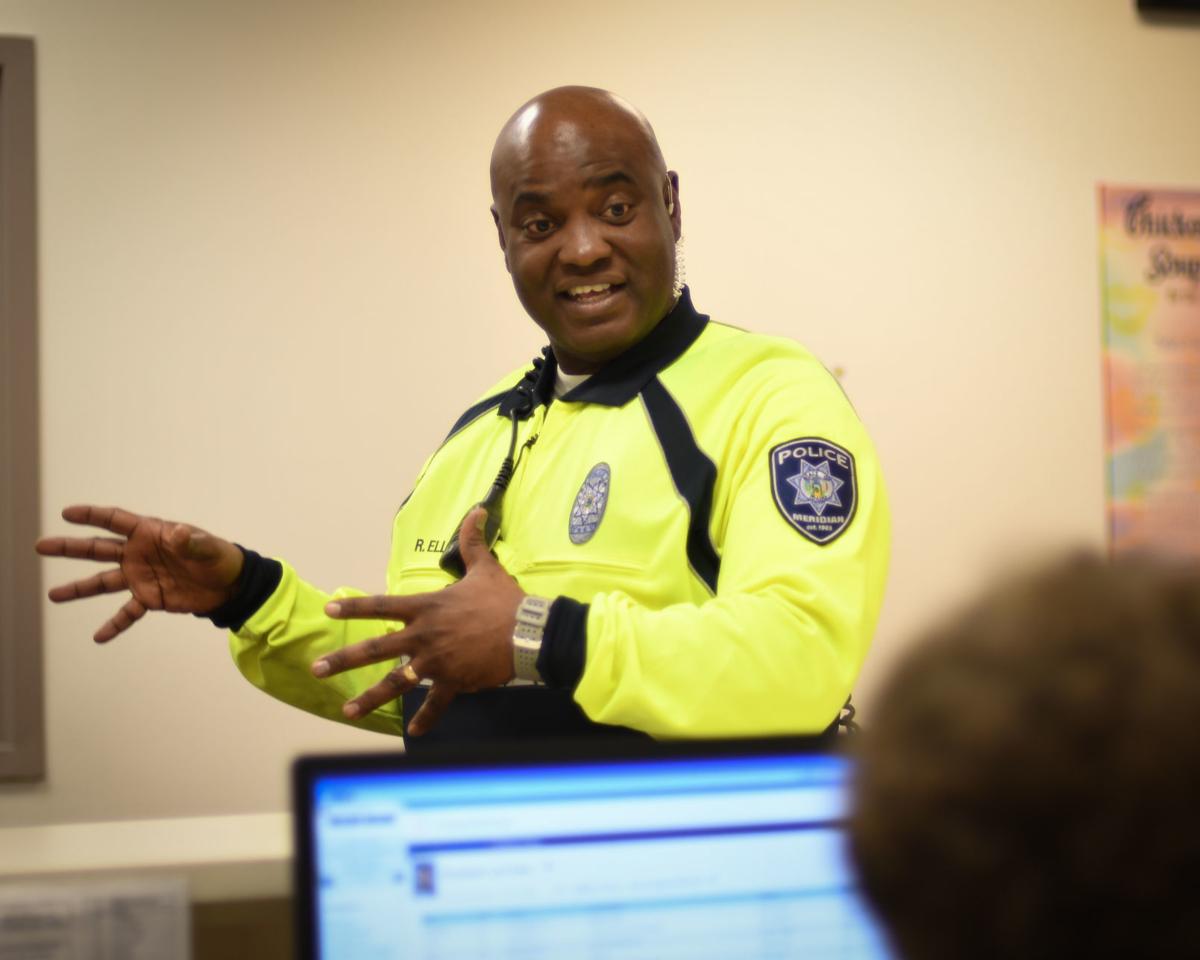 Over the past year, first responders and school officials in the Treasure Valley have been working together to build a uniform model for responding to school threats. That group, called the Valley Wide School Safety Committee, is ready to launch new safety standards in schools this August.

“Whether it’s a wild moose on campus ... or hail storm, fire, tornado, active shooter, you name it,” Meridian Police Lt. Shawn Harper said in January. “We put together a foundational model to deal with all those situations.”

To avoid communication breakdowns between first responders and schools during an emergency, officials are standardizing the terminology and protocol for school threats, he said.

Last spring, Harper reached out to law enforcement, fire and school districts officials in the valley to put the committee together. They’ve had more than a year of meetings and have also reached out to districts across the state.

Across the state, almost every school district has its own safety procedures in place, Harper said.

In other areas of the country, Harper noticed those unique practices and safety terminology created confusion between first responders and schools.

“I think we can do better,” Harper told the Meridian Press.

Harper’s goal is to close the communication gap. He hopes to see school officials and first responders “speaking the same language” and having transparent talks around emergency responses.

Brian Armes, manager of the Idaho Office of School Safety and Security, said standardizing school procedures makes it easier for students and teachers to move across the state.

Geoff Stands, a regional director with the West Ada School District, said because the district is in six cities, staff work with multiple law enforcement agencies. Even before the committee was formed, he said, West Ada staff would regularly meet and work with the Boise and Meridian police and the Ada County Sheriff’s Office.

Stands said, however, about three years ago there was a practice lockdown at a school and some patrol officers didn’t know what the district’s protocol was.

In a crisis situation, he said, it’s “vitally important” that everyone knows procedures and staff aren’t “flying off the cuff.”

Armes said a lot of other school districts in the valley and across the state don’t have the same “natural cohesive capacity” that Meridian has.

The committee’s work has led to new terminology at the local level for Idaho Standard Command Responses for Schools, or ISCRS, such as evacuations, reverse evacuations, lockdowns and hall checks.

Stands said the ISCRS are all being used in West Ada schools now, but before the committee “reverse evacuation” didn’t have a name, and “hall check” was referred to as “shelter in place.”

Harper said generally hall checks will be used to indicate a “low-level threats” and can be used by school staff when “you just need kids to not be roaming around.”

Harper said he liked the procedure because it allowed school staff to stabilize everyone without alarming them.

Stands said instead of calling a reverse evacuation, West Ada staff would just ring the school’s bell to bring students in. Now staff have a uniform term to refer to the action.

Armes, with the Idaho Office of School Safety and Security, said committee members hope to make school staff more thoughtful about how they think about and practice drills.

He said in the past, practice drills have been a memorization exercise about “how fast you could get out of the building.” Armes said he wants to make sure staff are prepared to problem solve in an emergency.

During an active shooter situation or other safety threats, students and staff have in the past been advised to “run, hide, fight.”

That terminology, however, was created for corporate America and hospitals, “where we have all these adults,” Harper said during the meeting. The program doesn’t truly fit in a primary or secondary school atmosphere where teachers are responsible for all of their students.

Harper said the words “run, hide, fight” also caused a lot of confusion. He said people were asking if they should “run like my hair is on fire.”

“No, it’s a controlled run,” he said during the meeting.

So the committee decided to change “run” to “move.”

“We don’t put teachers in schools to be warriors, we put them in schools to educate our … young people,” Harper said. “Teachers are parents, and all us want to defend our children.”

That terminology more accurately depicts what teachers and students need to do during an emergency, Stands said, especially in elementary school classrooms where “fight” sends the wrong message.

Harper emphasized that every district in Idaho is different, and the new procedures are just a foundation for what a district should do.

“Their needs are going to be much different than our needs in Meridian,” Harper said during the meeting. “As long as we are all using the foundation, you can build a house on top of it based on how you want it to look.”

Harper said schools in more rural districts, like Silver Springs, might still use an air horn or a mega phone rather than a PA system.

A training subcommittee is developing the training procedure for the new practices, Harper said.

While it won’t be mandatory for school districts or law enforcement agencies to use the procedure, Harper said several jurisdictions from across the state are planning to use it.

There aren’t any plans to make this a mandatory policy for all Idaho schools, Armes said.

“I think the primary thing right now is involving people in the discussion,” he said.

Staff want to involve as many Idaho school district as possible, Armes said, without making them feel “trampled.”

Harper said, “This all just started with, ‘Let’s bring a whole bunch of smart, passionate people together, and let’s see what we can do.’”

Patty Bowen is the Meridian Press reporter. You can reach her at pbowen@idahopress.com or follow her on Twitter @pattybowenn.