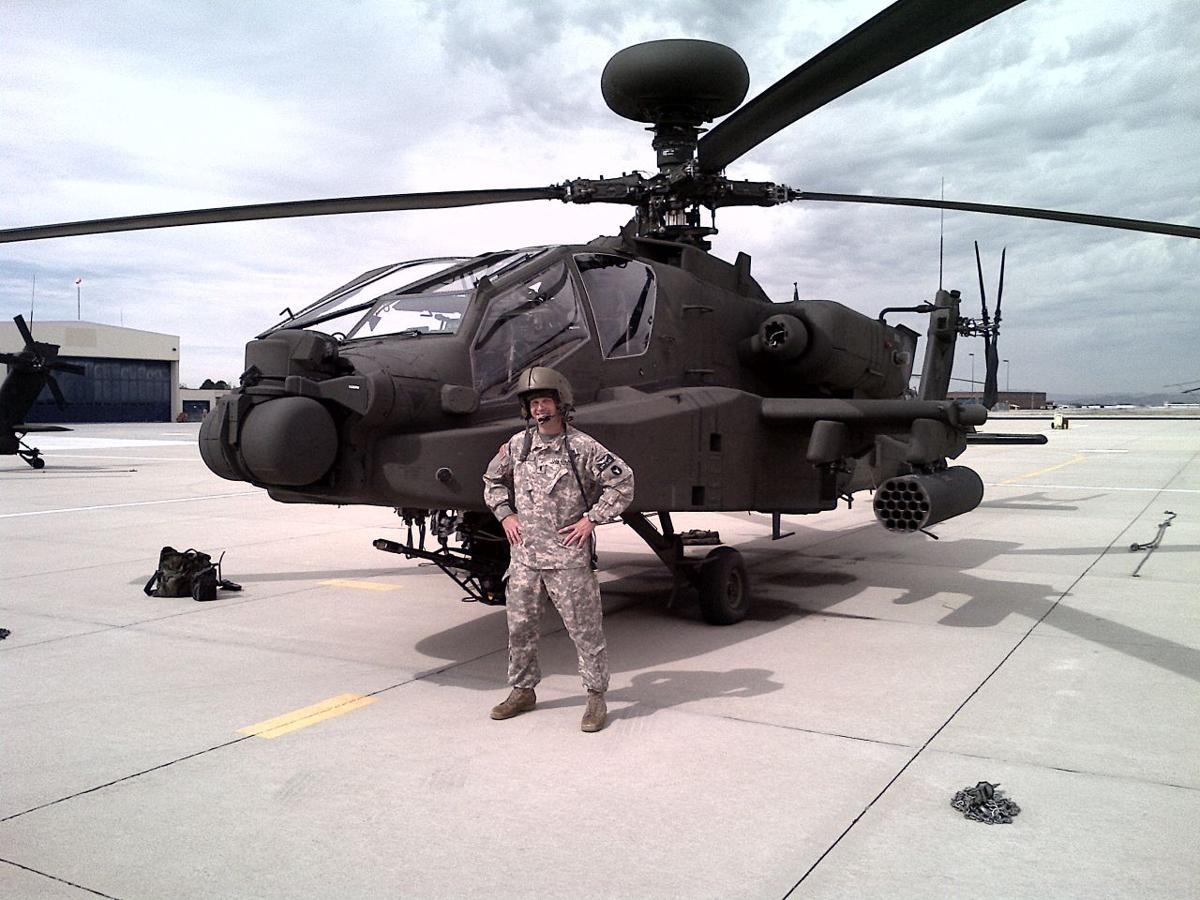 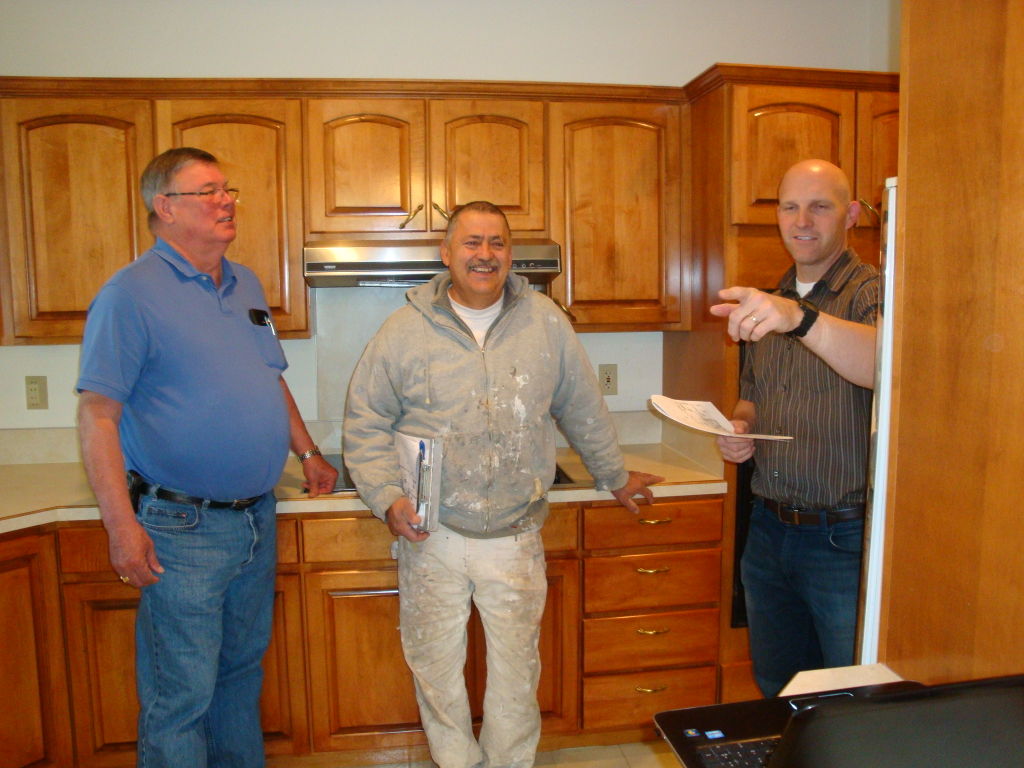 Imagine giving up a thriving home design and remodeling business and moving your family out of your dream house to join the Army at the age of 34 to pursue an improbable dream of flying helicopters.

Michael Hill had been totally absorbed with airplanes while growing up in Meridian, not unlike many boys his age, but with the onset of college, jobs, marriage and family responsibilities, boyhood dreams fade.

Hill’s desire to raise his family in a small Idaho town trumped his dream to fly for a few years. But as he matured into his early 30s, Hill began to panic as he realized he still desperately wanted to fly, not just a small private plane, but a military helicopter.

He just couldn’t let go of the dream, which had become a full-fledged obsession.

In 2008, during the annual air show at Mountain Home Air Force Base, Hill stood admiring an Apache attack helicopter flown to the show by an Idaho National Guard pilot. He initiated a serious conversation with a soldier guarding the heavily-armed aircraft, and Hill lamented the fact he had never pursued his desire to fly. The soldier was a recruiter who looked at Hill with a somewhat jaundiced eye, handed him a coworker’s business card and said hesitantly, “Maybe you should call this guy.”

Hill didn’t let the soldier’s obvious doubt deter him, so after a few days, the determined dreamer found himself in the office of the Idaho National Guard State Aviation Officer, who offered Hill advice on how to achieve his dream.

“And by the way, at age 34, I was already too old to go to flight school without being granted a waiver, which is tough to obtain,” but Hill was granted the waiver and continued his quest to fly.

But in a dramatic turn of events, and “with the support and encouragement of my wife, I enlisted in the Army, shuttered my business, rented out our house, moved into a rental property I owned, and headed to basic training in South Carolina,” Hill said.

“There were many times when I couldn’t believe what I was doing. I missed my family desperately,” the new-34-year-old recruit said as he recalled memories of boot camp. “I had disrupted their lives to chase a childish dream, and the odds of actually being selected were slim to none. In fact, no one had done it at such an advanced age with no prior aviation or military experience.”

After 11 weeks of basic training, Hill returned home and began officer candidate school classes one weekend a month. During the next few months, between basic training and the onset of the eight-week officer candidate school crash course in South Dakota, Hill scored well in physical fitness and written aviation admission tests, but then faced a more formidable obstacle — the Aviation Selection Board.

“There facing me as a member of the selection board was the same colonel, the state aviation officer, in whose office I had sat nine months earlier,” Hill said. “I stood before them as a local guy who had sacrificed his business, his time and his family’s comfort in hopes of flying the Apache attack helicopter in a time of war.”

Hill was selected first in line to go to flight school.

During the next four years, he completed officer candidate school, earned his lieutenant’s bar, finished 18 months of flight school in Alabama and finally returned home to Meridian as a full-fledged Apache helicopter pilot.

“Flying the Apache around Idaho is exhilarating,” Hill said. “I’m in awe of the aircraft — the most sophisticated and powerful attack helicopter on earth — and flying around the state that I love is surreal. I’m literally living a dream.”

Shortly after flight school, Hill launched his construction business again but didn’t get far before being “asked to volunteer” for a position helping the Idaho National Guard attack-helicopter battalion prepare for deployment to Afghanistan.

For a year in 2013 Hill worked full time at Gowen Field in Boise flying the Apache and training for his upcoming deployment.

“All the while I watched my home building and remodeling competitors thriving in the recovering housing market. I was envious at times. I hadn’t planned on being a full-time Army guy,” Hill said.

Just a few months before the launch date in October 2013, the deployment was canceled. Hill wasted no time re-establishing his business and was delighted to be back in the private sector, but he also was able to fly once or twice each week, keeping his dream alive.

“I love remodeling. Watching a homeowners’ eyes light up when they see a new granite slab being installed, or when they move their stuff into beautiful new kitchen cabinets and wonder what to do with all the space… that’s a blast for me,” Hill said.

“But then,” he continued, “I also get to hop in my truck and drive out to Gowen Field, strap into the Apache and fly over the mountains of Idaho. … It’s a dream come true.”

• Larry Gardner, a retired writer and editor for the Idaho Press-Tribune and other newspapers in the Treasure Valley, north Idaho and California, continues to pursue the craft he loves: freelance writing and editing.