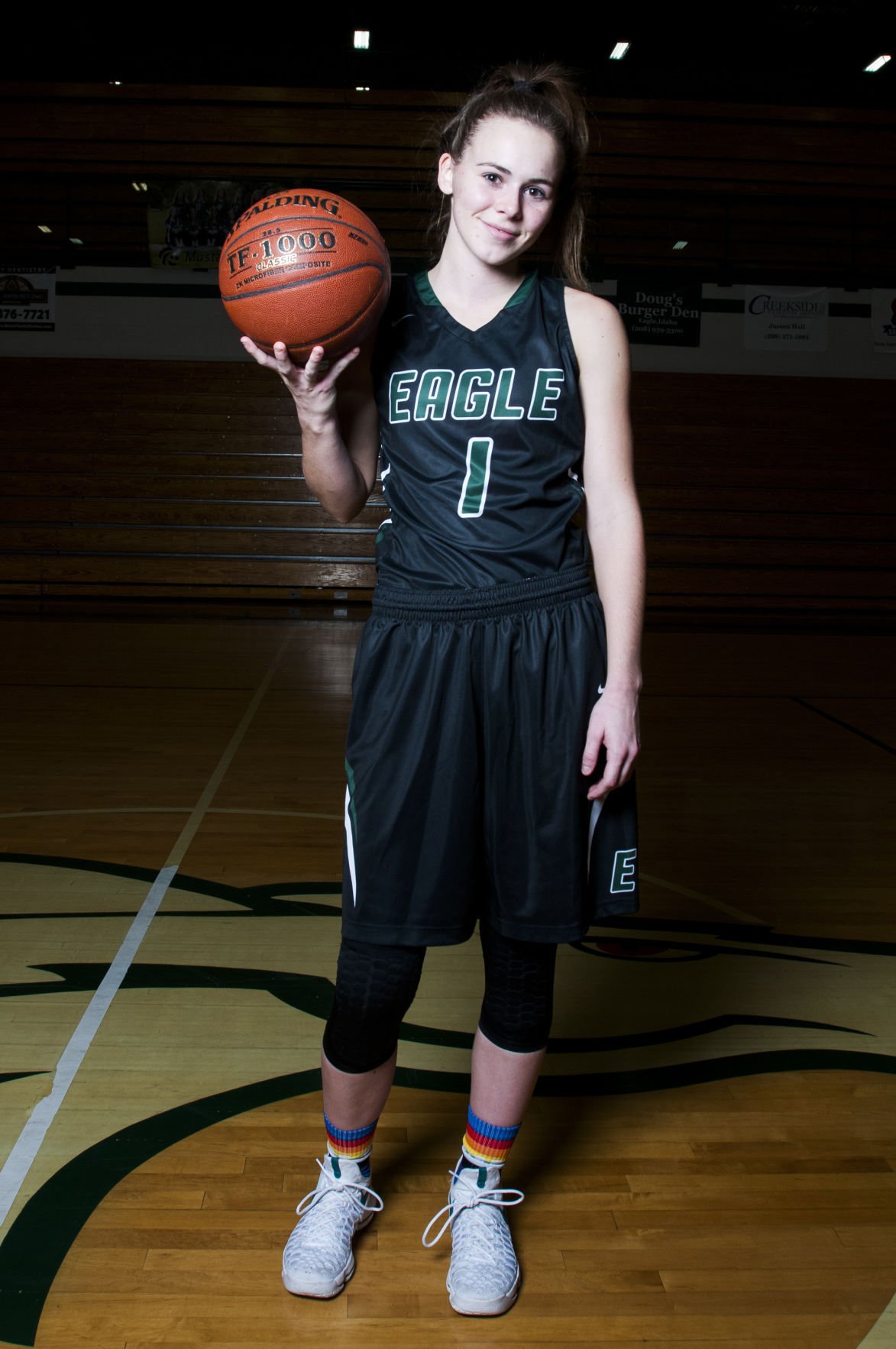 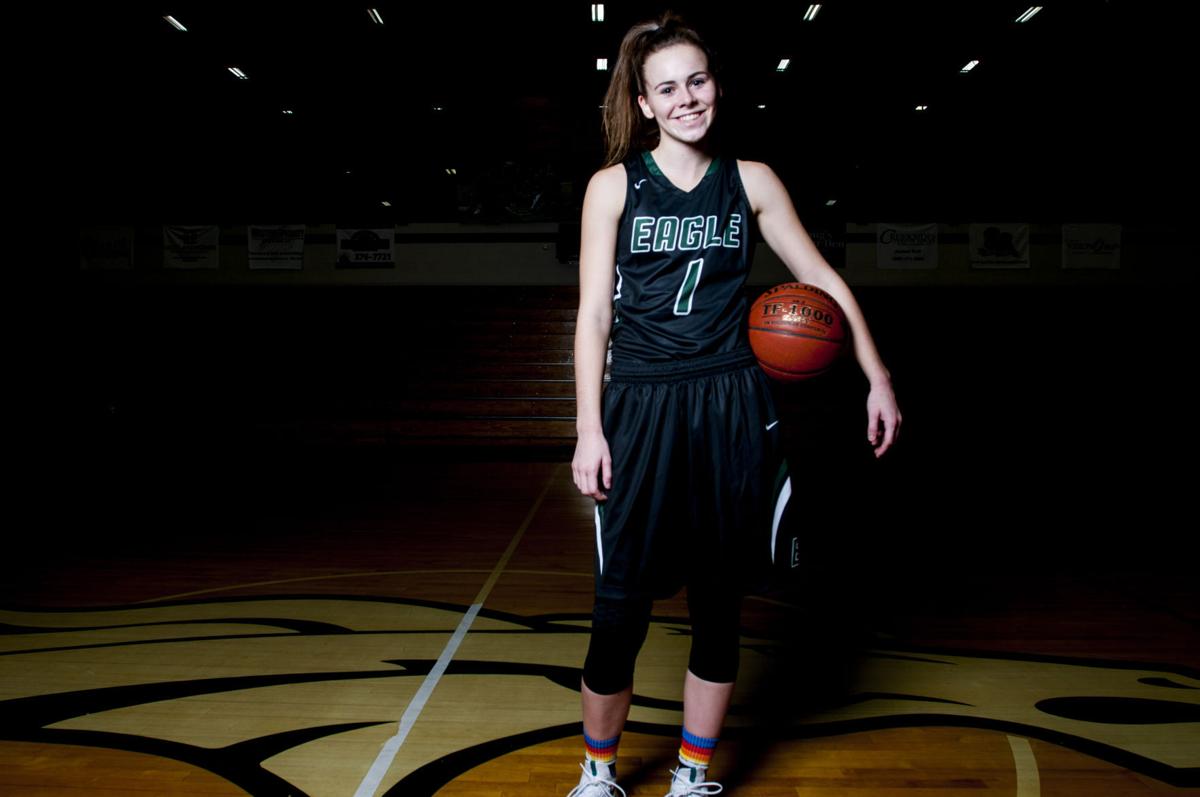 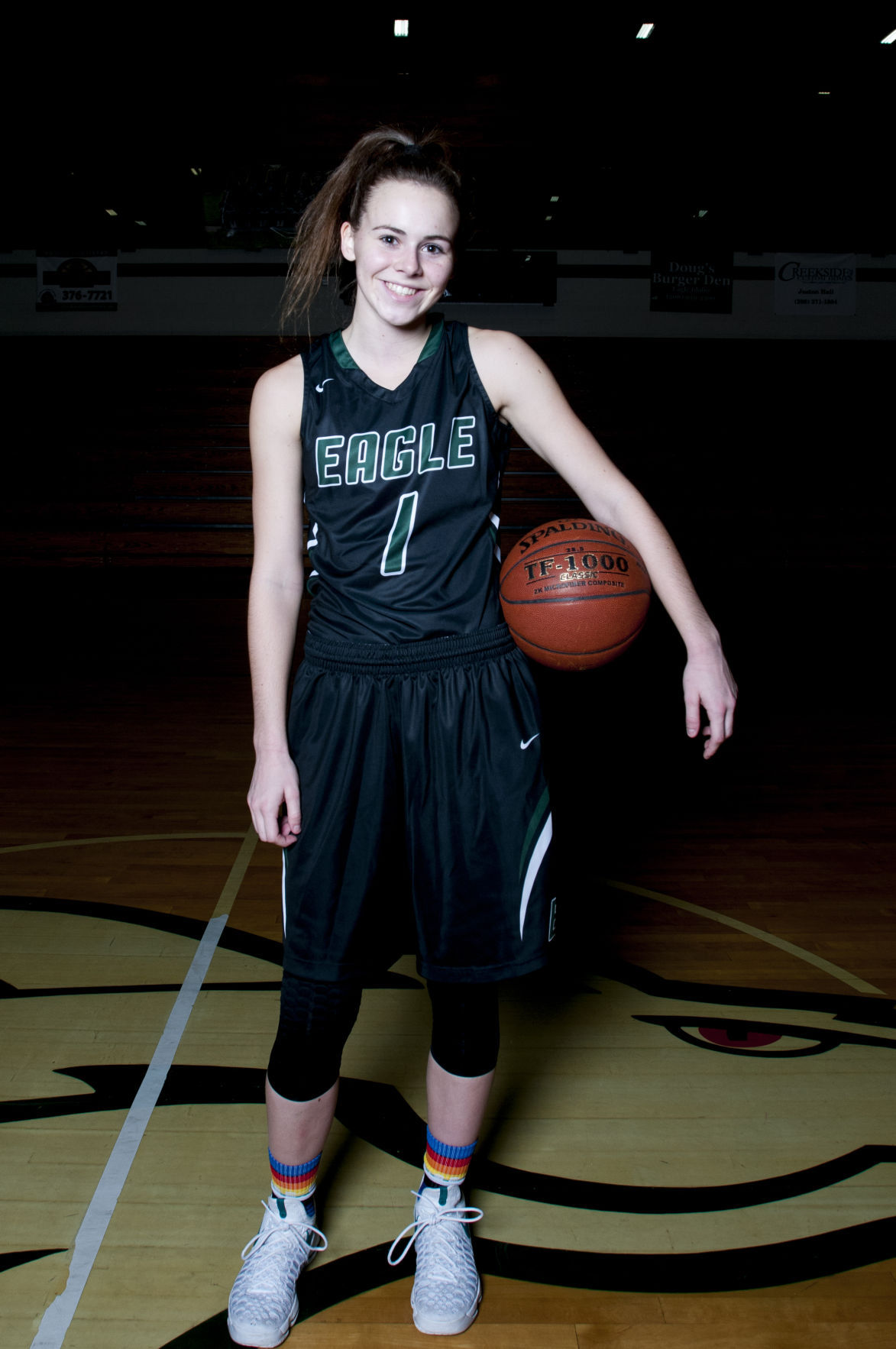 Eagle High School’s Abby Mangum (1) has battled back from a knee injury that sidelined her last season to help contribute to Eagle’s successful season this year.

Eagle High School’s Abby Mangum (1) has battled back from a knee injury that sidelined her last season to help contribute to Eagle’s successful season this year.

The bulky knee brace on the right leg of Eagle High School’s Abby Mangum serves as a reminder.

Not of pain or heartbreak, although with two ACL tears in the same right knee, Mangum certainly has had her share of both the past few seasons.

No, it serves as a reminder that nothing keeps the senior down for long. Almost a year to the day after tearing the ACL in her right knee for the second time, Mangum is back and has the Eagle girls basketball team (22-1) on the cusp of its best season ever.

“It’s an incredible feeling getting to be a part of something so epic and historic,” Mangum said. “Especially after having this adversity, it just makes it that much sweeter.”

The injury problems started for Mangum on a fateful night on Jan. 10, 2014.

Going up for the ball, she landed awkwardly on her right knee. The result was a torn ACL —the anterior cruciate ligament behind her kneecap — costing Mangum not only the rest of her freshman season, but her entire sophomore volleyball season as well.

“It’s heartbreaking because it runs in my family actually,” Mangum said. “My sister has torn hers three times, and my brother tore his once.”

After a grueling nine month rehabilitation at Boise State University, Mangum fought her way back and was ready to go for the start of her sophomore season. She led Eagle High to a consolation championship as a sophomore and earned 5A Southern Idaho second-team honors last season.

However, in the first quarter of last season’s state semifinal game against Mountain View High School on Feb. 19, 2016, the unthinkable happened.

Off of a defensive press, Mangum received the inbound pass and ran the length of the court to score on a layup. But as she was coming down from the shot, Mangum got pushed and once again landed awkwardly on her right knee.

“I knew as soon as it happened I had done it again,” Mangum said. “I heard the pop and it was exactly like the one my freshman year. I kept thinking, ‘I can’t believe I did this again.’”

The second ACL tear hit Mangum a lot harder, especially mentally. So much so, that for a moment, Mangum contemplated giving up the sport she had played since the second grade.

“I didn’t know if I could do this all over again,” Mangum said. “That first week all I kept thinking was, ‘Is this worth going through again?’

“But after thinking long and hard about it, I realized coming back for my senior season was something I needed to do. But it took a lot of faith on my part.”

Mangum once again rehabbed through Boise State. This time working with Korene Mayo and Chris Petersen, who she said both became second parents during her rehab. During rehab, Mangum did a lot of drills to strengthen her quads and hamstrings, as well as working on her hip realignment. Mangum also worked with the swim team in the fall.

“I’ve only had to deal with very minor injuries, so I can’t imagine going through what she’s gone through,” senior Cassidy Tiegs said. “Major props to her, and I’m glad she is back.”

After missing the first seven games of this season, Mangum made her return to the court on Dec. 8 against Rocky Mountain High School. And in her second game back, two days later, Mangum dropped a team-high 13 points to lead the Mustangs in a win over Columbia High.

About a month later on Jan. 7, Mangum returned to the starting lineup, a place she hasn’t left since.

Since coming back, the Brigham Young University signee and sister of BYU quarterback Tanner Mangum has become a key piece in Eagle’s terrific season. She’s averaging 8.5 points, three rebounds, 1.5 assists and 1.5 steals per game and has the Mustangs on a 14-game winning streak and ranked No. 1 in the state at the 5A level.

“Coming back from a second major injury the way she has shows just how hard of a worker she really is,” Eagle coach Cody Pickett said. “She has such a tremendous work ethic and is one of the most talented players in the state. I couldn’t ask for a better kid to coach.”

Eagle will also play in next week’s state tournament starting Feb. 16 at the Idaho Center against a to-be-determined opponent.

Mangum can think of no better way to conclude her up-and-down basketball career than to help deliver the program’s first ever state championship.

“It would honestly be the perfect fairy tale ending to my four years of high school and to my knee recoveries if we won it all,” Mangum said. “All those months of PTs (physical therapy), doctor’s appointments, surgery, pain and hard work will finally have paid off.”