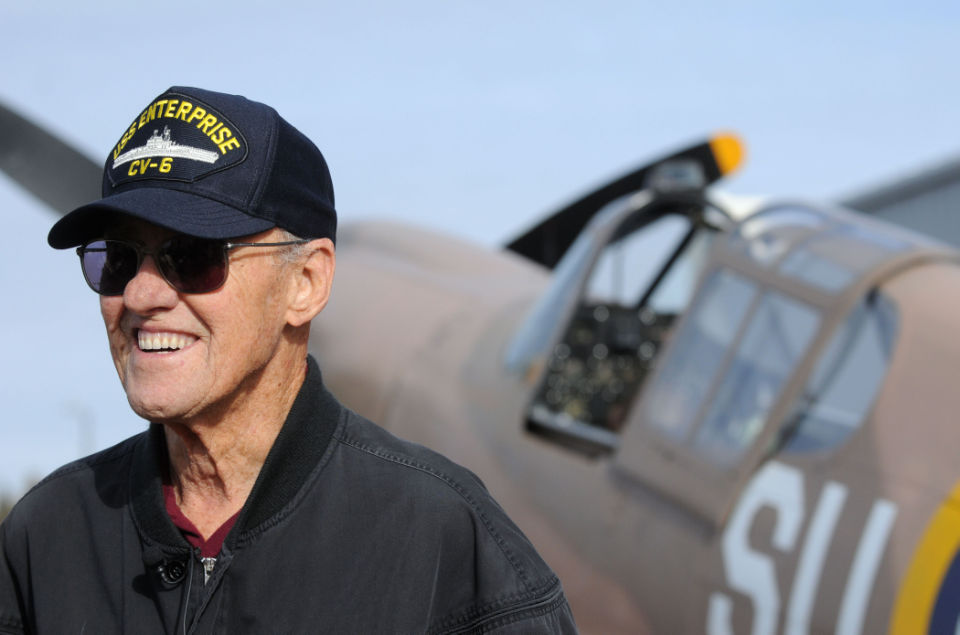 WWII veteran Bull Durham smiles after his flight in a P40 E fighter plane flown by John-Curtiss Paul Dec. 7, 2012, during a Pearl Harbor remembrance at the Warhawk Air Museum. Durham, a volunteer at the museum, served on the USS Enterprise in the South Pacific for 21 months between 1943 and 1945. Durham described the flight on the P40 E as “awesome.” 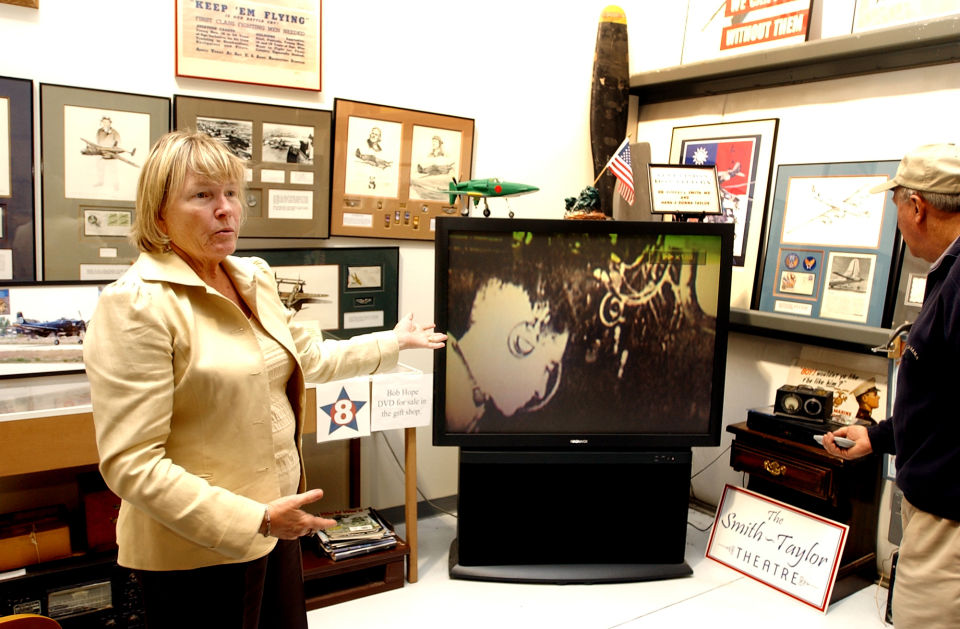 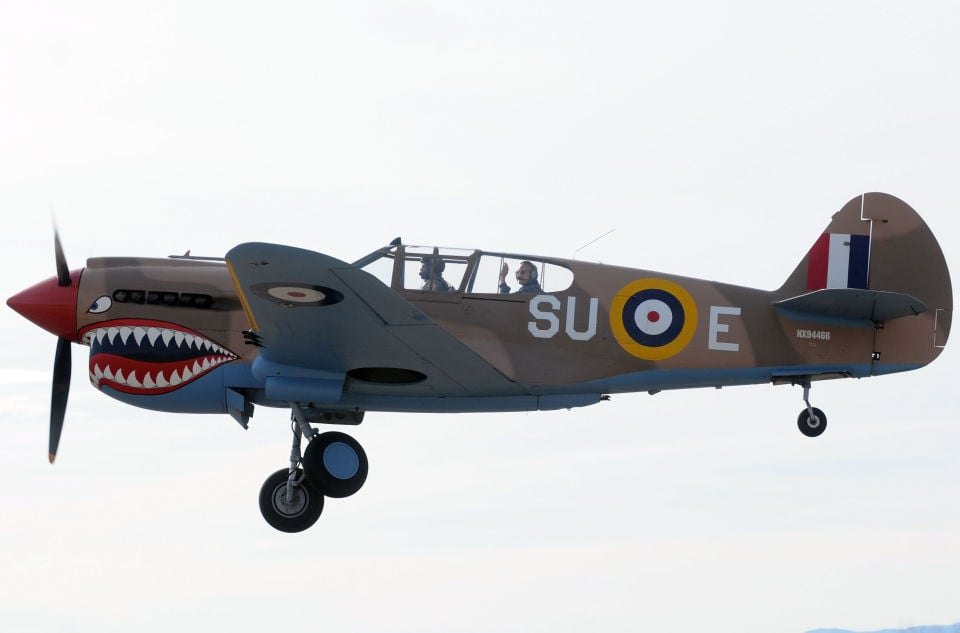 WWII veteran Bull Durham smiles after his flight in a P40 E fighter plane flown by John-Curtiss Paul Dec. 7, 2012, during a Pearl Harbor remembrance at the Warhawk Air Museum. Durham, a volunteer at the museum, served on the USS Enterprise in the South Pacific for 21 months between 1943 and 1945. Durham described the flight on the P40 E as “awesome.”

The Idaho Press-Tribune has written countless stories about the Warhawk Air Museum in the past 25 years. The following is a compilation of several of those stories with reporters Mike Butts, Dusty Parnell and Justin Dalme contributing to this. Many thanks to the Warhawk Air Museum, volunteers and founders John and Sue Paul for their help over the years to document stories about veterans and help tell memorable stories about remarkable men and women. — Vickie Holbrook

Sue Paul remembers when she first met her husband John. “He was just nuts about P-51 Mustangs,” she said. That love of

airplanes led John and Sue to open the Warhawk

What started out as a small airplane hangar in Caldwell nearly 25 years ago, has grown into the 40,000-square-foot building in Nampa today. Just this past year, the museum saw visitors from all over the world including Zimbabwe, Damascus, and Singapore.

Interested in World War II planes since childhood — John was born in 1942 — he began collecting parts and pieces in 1966.

“Pretty soon I had enough parts for five of them,” he said.

A walk through the Pauls’ crowded museum gives a person a sense of what life was like during those years, both at home and on the front.

“It’s important to remember what happened at that time — the sacrifice the people in this country went through,” Paul said. “It’s the last time that this country was 100 percent united.”

“World War II was the most life-changing event that’s ever occurred in this country,” said Sue, who gives tours to local school groups. Sue estimates that about 3,000 students visit the museum every year.

With the addition of the newest wing, the museum now offers a look into the Cold War era as well.

“The best way to describe the museum now is that it’s an American experience of the 40s and 50s,” Sue said.

Perhaps the biggest attractions are the 11 planes on display, including two P-40s that visitors may recognize from the movies “Pearl Harbor” and “Valkyrie.” The collection also boasts a P-51C Mustang and Cold War era fighter jets.

Some of the more prestigious guests to visit the museum were three members of the Doolittle Raiders who attacked Japan after the bombing on Pearl Harbor.

The museum also is involved in the Veterans History Project, which is aimed at filming war veterans in order to preserve history from a first-person point of view.

The museum focuses on veterans from WWII, Korea, Vietnam, and the Gulf War, and has sent more than 900 films to the Library of Congress.

In the 90-minute video interviews conducted by Sue and volunteers at the museum, details of childhoods, friendships, romances, work and family life that could have been lost forever remain as living documents. The interviews contain information about the veterans’ lives before and after they were in the service.

The videos often reveal experiences that even the spouses of the men and women in the videos had not known.

“We get an essence of the man that their family has never seen,” Sue said.

But the philosophy of the Veterans History Project is that all veterans’ stories have value. Veterans History Project-trained volunteers with the Warhawk Air Museum have interviewed farmers who had to stay home during World War II to make sure the country had ample food, as well as two former internees from the Minidoka Japanese internment camp.

“It doesn’t matter to us if they didn’t go overseas or were involved in some big conflict,” Sue said.

Keeping that personal touch is an important component for the Pauls. The museum prides itself as being a history of the people, not by a historian.

“Everything is personalized, everything has a story,” Sue said.

Sue even tries to incorporate that level of personalization in tours for students, asking them if they had relatives that served in a war. She says that asking children about their families’ military history makes the museum mean that much more to them. After all, that’s what the museum is all about, preserving history for generations to come.

“I think it is probably the most important thing in my lifetime that I can do,” Sue said.