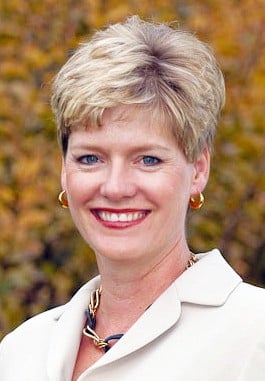 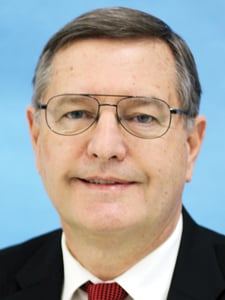 BOISE — Two Canyon County legislators with opposite votes on a bill that affects child support enforcement in Idaho said they both had concerns about the legislation, but those concerns had nothing to do with Sharia law.

Senate Bill 1067 has garnered national attention since Friday, when the House Judiciary, Rules and Administration Committee voted 9-8 to table the bill.

The Idaho Legislature then adjourned for the year the same night, leaving the issue unresolved. Health officials told the Associated Press on Monday that “without a revision they stand to lose access to programs that process child support payments and track down scofflaws in addition to $46 million in federal payouts.”

The legislation surrounds amendments to state law that would incorporate provisions from the 2007 Hague Convention on International Recovery of Child Support and Family Maintenance, which according to the bill would improve the enforcement of American child support orders in other countries. A few lawmakers on the committee, including Rep. Heather Scott, R-Blanchard, felt the bill would make Idaho beholden to Sharia law because countries with citizens whose primary religion is Muslim — Albania and Bosnia — are signed on to the Hague Convention.

However, those countries are not ruled by Sharia law.

That concern did not factor into the “yes” vote on the bill from Rep. Christy Perry, R-Nampa.

“It was a tough vote, because to me it was very frustrating to have the federal government tell me that I have to put certain words in a statute, it has to be verbatim and you can’t make any changes to your statute,” Perry said. “Philosophically, that did not sit well with me. However when you weighed the consequences of not voting for the bill, they far outweighed my personal concerns.”

The committee first heard the bill Thursday after it had already unanimously passed the Senate in early March. Perry said she didn’t feel Idaho Health and Welfare representatives adequately answered questions from her and others, so a conference call was organized with a federal government official. Perry sat in on the call along with Scott and Reps. Ron Nate, R-Rexburg, and Ryan Kerby, R-New Plymouth.

“We were able to ask all of our questions, and my questions and concerns have certainly been addressed,” Perry said. “So I don’t think a lot of the black helicopters surrounding the bill really exist as far as what was cited for people who voted against it.”

Kerby said that call did not satisfy his worries about not being able to change any of the wording, and about foreign governments having access to databases in Idaho. Kerby shared the same opinion as Rep. Lynn Luker, R-Boise, and Rep. Thomas Dayley, R-Boise. The three were also concerned about due process of law being followed in other countries under the treaty, because courts in Idaho would be required to accept foreign orders with only a few exceptions, Luker said.

Kerby said all he and others on the committee wanted was more time to study the issue and make an informed decision, but government officials said they would not grant an extension.

“We just wanted to be able to do it next year because that gives us much more time to study this thing,” Kerby said. “They said no. We’re concerned about the data, we’re concerned about due process. Over in Croatia, some tribunal (could give) out a judgment and you can’t look at the rationale and the thinking. We don’t know what due process happened over there.”

House Democrats moved to bring the bill to the floor late Friday in a last-ditch attempt to pass it, but the motion failed. Some have discussed the possibility that Gov. Butch Otter could call legislators back for a special session to deal with the issue, but he has not said one way or the other yet. Otter issued a statement Monday afternoon saying his staff is studying the issue and its implications.

Idaho Health and Welfare officials also told the Associated Press they have 60 days to come into compliance with the law or risk losing federal funding and potentially as many as 100 jobs. Kerby said he thinks that’s an empty threat from the federal government.

Perry said the risk wasn’t worth it to her, especially since there are 26,000 child support cases in her district alone — and 155,000 across the state. About 97 of those are international cases, she said.

“I don’t think I have the right to risk that. I just don’t think you can play with people’s livelihoods in that regard,” she said. And further, “... If a person loses their child support and they don’t have money to buy groceries, they don’t have any option but to go to the state for assistance. So I think the dominoes start falling and it becomes even more problematic.”

Otter is expected to address questions on the issue at his post-legislative press conference on Thursday.