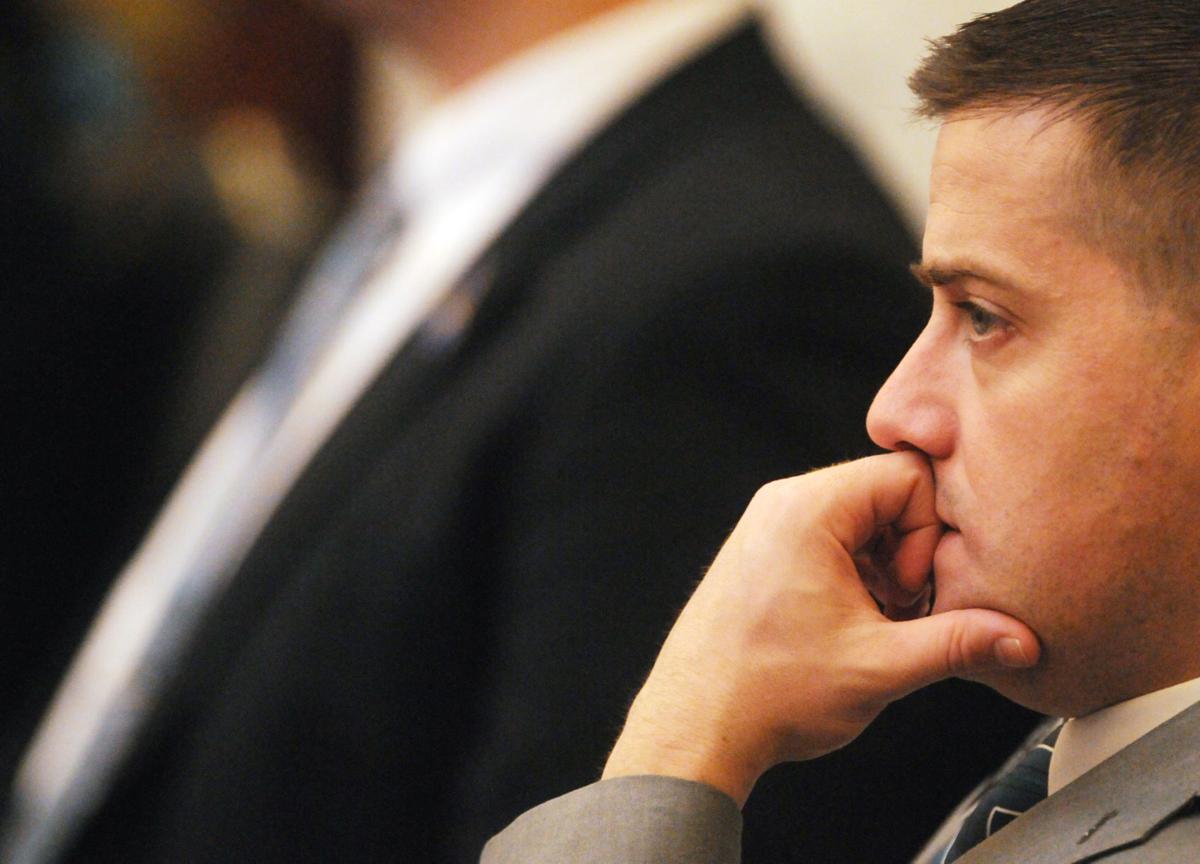 Rep. Greg Chaney, R-Caldwell, watches as Gov. Butch Otter delivers his State of the State address in January in the House Chambers of the Idaho Statehouse. 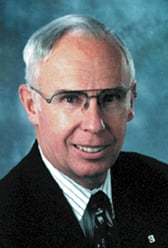 To say Rep. Greg Chaney had a rough introduction to the political climate in Idaho would be putting it mildly.

A year ago this week, the Idaho Press-Tribune was the first to report Chaney, 33, of Caldwell had criminal charges in his record — a domestic violence in the presence of a child charge from 2009 that he wasn’t proud of from a previous marriage. The reaction led to Chaney pulling out of the primary race, but it was too late to remove his name from the ballot, and he won.

That’s when Chaney decided to jump back in, and he won the general election, as well, despite being dogged by further questions about his history from opponents and others.

Chaney told media then that he is a different man from the one in those court records. And on the surface, it seems that’s true. No one would have blamed Chaney for hanging back during his freshman session at the Idaho Legislature and letting the media reports fade into history before making himself too public.

But that’s far from what he did.

“I wouldn’t say that I approached things any differently (because of media reports),” Chaney said. “... Treating this like a job is important to how the session has gone, I think. I work for the people back home, so I should be here working. If there’s a transportation conversation, I should be making an effort to participate in that. That’s just kind of my philosophy of how I’ve tried to jump in.”

And he did. After nearly two months of little action on a solution to transportation funding within the House of Representatives, Chaney joined Rep. Jason Monks, R-Meridian, to introduce House Bill 260.

It was the first transportation bill that made it out of committee and to the House floor, but it has yet to receive a vote. He says that’s because the chances of it moving up the chain weren’t great.

“The Senate was a bit cool to the plan,” he said. “The three of us (Monks and Rep. Joe Palmer, R-Meridian) did meet with (Gov. Butch Otter) on it. By no means did he indicate he would veto, but he also by no means indicated he was the slightest bit excited about it.”

Instead, he said the bill served as a conversation starter, much like House Bill 95, sponsored by Sen. Jim Rice, R-Caldwell. That bill removes the sales tax from road materials for an extra boost to transportation funding, and though it was introduced early in the session, it has yet to receive a vote on the Senate floor. Both are hanging out there as pieces in the mix.

“I think that 260 is sitting there as a ‘Beat it or accept it’ measure, kind of like 95, and forces the hand of some folks,” Chaney said.

Former Rep. Darrell Bolz held the seat Chaney now occupies until he retired last year. He was in that seat for 13 years and is well-respected by Canyon County residents and officials. While he initially had some trepidation about Chaney’s record during the primary, Bolz stuck by him.

“I know a lot of people looked at me a little odd when I basically backed him, but I just thought he had some potential in him,” Bolz said. “I know he had some troubles in the past, and sometimes you just have to let those troubles go by. People change.”

Bolz said he hasn’t followed the session closely this year, but he has spoken with individuals who are at the Capitol who say they approve of Chaney, as well.

“Some of the people I’ve talked to seem to think he’s doing a really good job over there,” Bolz said. “I had one lobbyist who held off on giving any contributions to him because they weren’t sure how he would do but thought he’s doing good so far.”

Rep. Rick Youngblood, R-Nampa, relayed a story from campaign season last year when he worked the Canyon County Republicans booth with Chaney. He said a family came by the booth and hugged Chaney and gushed about him. Afterward, Youngblood said he was surprised to find out they were Chaney’s in-laws from the previous marriage that led to the domestic violence charges.

“And he said, ‘All of that stuff was just blown up,’” Youngblood said. “‘I have a great relationship with my in-laws.’ … It just impressed me big time to think, wow, here he was kind of lambasted, and I saw him with his in-laws and it was wonderful.”

Youngblood said he can’t say enough good things about how Chaney has conducted himself during the session — he said Chaney is knowledgeable, pays attention, reads bills carefully and thoroughly and speaks well on the floor.

Of course, not every opinion is rosy. House Minority Leader John Rusche, who serves on the House Environment, Energy and Technology Committee with Chaney, said he takes issue with some of the representative’s boldness in opinions “without having the facts quite right,” but for the most part he says Chaney is fairly restrained.

“I don’t agree with his position on many issues, but I don’t know that he’s the worst freshman legislator we’ve ever seen,” Rusche said.

He added that freshman legislators can take two avenues — one of keeping his or her head down during the first session and building relationships, and one of more visibility. For Republicans, he said it’s easier to be more visible and not take any heat for it. But in the end, he said legislators should be judged on more than that.

“What is the body of work, how have they helped their district and the state?” Rusche said. “That’s what you should be judged on, not whether we get in the newspaper or not.”

Chaney says he wasn’t too shocked by anything that came his way during the session, but he did learn much about the lawmaking process. As a law student at Concordia University and an administrator in a law firm, he already knew his way around, but seeing firsthand how much work goes into a piece of legislation long before the “yes” or “no” vote on the floor was the surprise.

He also learned about relationships and how key those can be in the statehouse.

“Before you get started you kind of understand that, but you don’t understand how much that’s part of the process until you’re here. You know it’s there, but you don’t realize how big of a piece of the iceberg it is,” Chaney said. “So just getting into a position of being able to represent Caldwell well on other issues is important, as well. Learning how to pick your battles or call your shots. There’s no one issue that’s worth undermining the next issue, because one thing they tell you a lot, and it’s true, is you may vote against these five people on this vote, but the next vote you may need them on your side.”

Aside from the transportation bill, Chaney also authored House Bill 112, which closed a loophole in campaign finance reporting for political action committees. He originally thought of that bill as his “training wheels,” but it passed through committees easily and unanimously on the House and Senate floors.

“It actually ended up going so easily that it was more of a walk-through,” he said. “It taught me the process, but not necessarily where the pitfalls are.”

This session is nearly complete, but looking ahead to next January, Chaney says he hopes to stay on the same committees — Revenue and Taxation, Commerce and Human Resources, and Environment, Energy and Technology. He was also appointed to the Idaho Commission on Hispanic Affairs and the Idaho Industrial Commission Advisory Committee, specifically dealing with workers compensation. In between sessions, he hopes to attend the National Conference of State Legislatures to learn more about tax policy in other states.

Ultimately, Chaney says he hopes to keep doing right by his constituents in Caldwell.