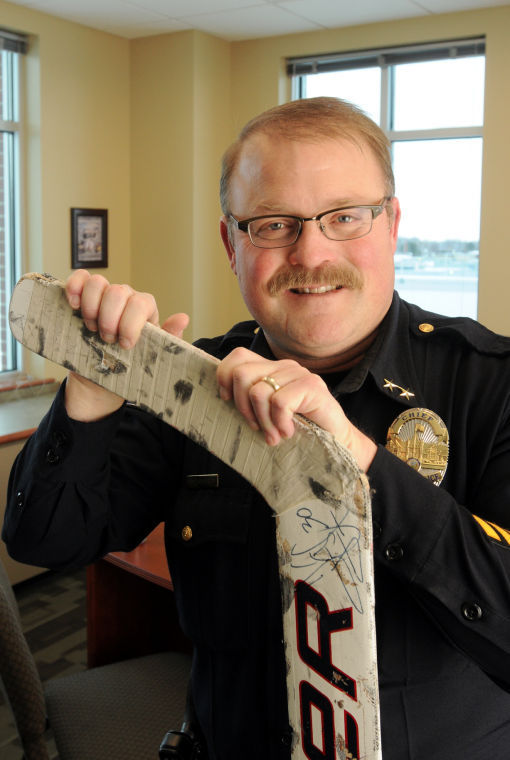 Nampa's new Chief of Police Craig Kingbury is a huge sports fan. He loves the Seattle Mariners and Seahawks and has a signed hockey stick by New York Rangers' Henrik Lundqvist. 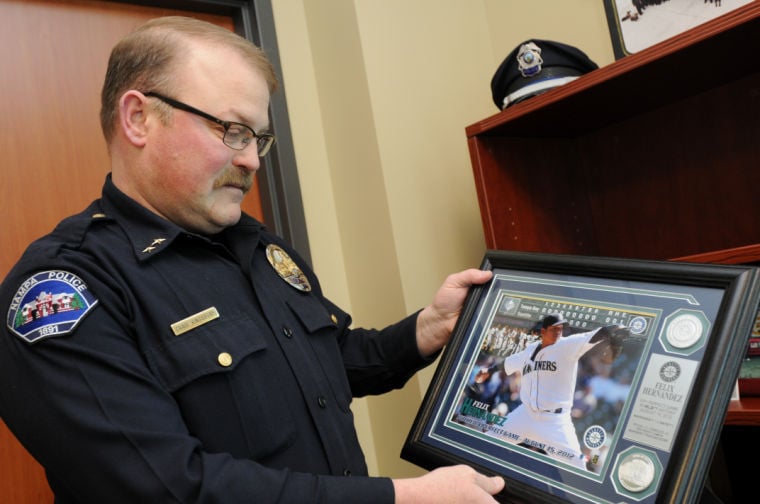 Nampa's new Chief of Police Craig Kingsbury is a huge sports fan. He holds a framed photo on Jan. 7 of Seattle Mariners' Felix Hernandez from his perfect Aug. 15 game. 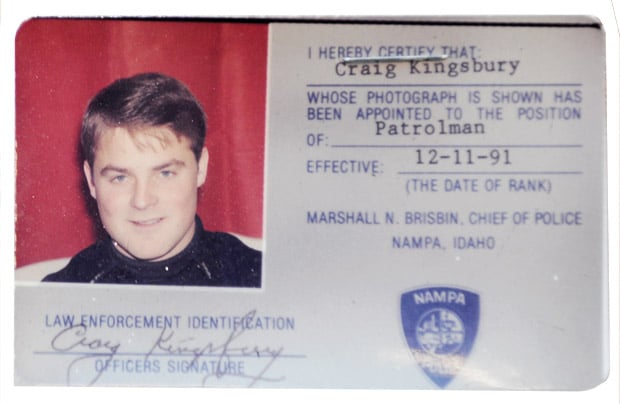 An old police badge of Kingsbury.

Nampa's new Chief of Police Craig Kingbury is a huge sports fan. He loves the Seattle Mariners and Seahawks and has a signed hockey stick by New York Rangers' Henrik Lundqvist.

Nampa's new Chief of Police Craig Kingsbury is a huge sports fan. He holds a framed photo on Jan. 7 of Seattle Mariners' Felix Hernandez from his perfect Aug. 15 game.

An old police badge of Kingsbury.

At 23, Nampa Police Officer Craig Kingsbury looked young for his age. So he went undercover as a teenager, lingered where young people hung out, and tried to bust drug dealers.

“When I started here, I probably looked about 15 years old,” Kingsbury said. “I was working day shift patrol in the training program. In the early morning, at lunchtime and after school, I would change into school-type clothes — jeans and T-shirts — and go hang out at the Maverick across from Nampa High School and attempt to purchase narcotics from kids.”

It only lasted a couple weeks, he said, and they made a few arrests but didn’t break up any major drug rings. Most of the coke he bought at that station, Kingsbury said with a laugh, was in 32-ounce cups.

In the years that followed, he went on to play various roles within the department: patrol, investigations, administration. But perhaps his proudest accomplishment, he said, was the apprehension of Pete K. Roberts for the 2003 murder of Bob and Idella Young.

The Youngs were found tied up and dead in their home shortly after Christmas, and the case went unsolved for years. Kingsbury sometimes worried, he said, that it would haunt him for the rest of his career. Latent DNA evidence indicated the killer was a white male — not exactly a narrow demographic — and investigators spent five years of swabbing every white male who came through the system.

Kingsbury would even stop at other detention facilities while visiting family in northern Idaho, he said, to collect even more DNA samples. And eventually, their efforts paid off.

“We finally got a really solid lead,” Kingsbury recalls. “Two detectives brought a gentleman in. He did know Bob and Idella, but he denied being around them at all. Well, we got a match on the DNA sample to the latent sample.”

Pete Roberts was arrested, interviewed, charged and ultimately convicted of first degree murder. He’s now in the custody of the Idaho Department of Correction, where he’ll remain for the rest of his life.

It was an expensive case, Kingsbury said — perhaps the costliest investigation in the history of the Nampa Police Department. Samples were sent to a lab in Arkansas for rush orders, costing about $1,000 a pop. But in the end, he said, it was money well-spent.

Now that he’s claimed the corner office at the Hugh Nichols Public Safety building, he doesn’t foresee any big changes. He spent the past year working as now-retired Chief LeRoy Forsman’s second-in-command, and they always saw eye-to-eye on administrative issues.

“There’s not going to be a big change or shift,” he said. “Nampa Police Department is still going to be about providing quality policing services to our citizens and people who visit our fine city.”