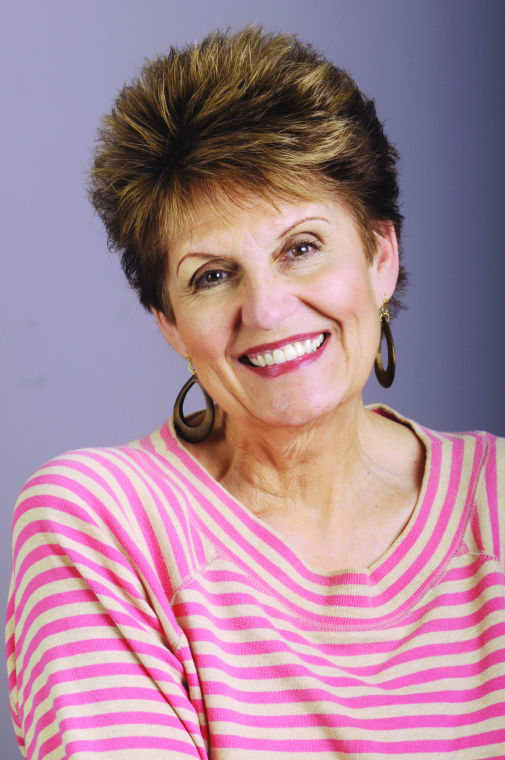 These 24 World War II veterans were chosen to take the first-ever Idaho Honor Flight to the nation’s capital last September.

These 24 World War II veterans were chosen to take the first-ever Idaho Honor Flight to the nation’s capital last September.

Former Idaho Press-Tribune writer Marlene Terry died unexpectedly Nov. 16, 2013, but as Ida Chatter, she dedicated many of her columns to the men and women who served our country, especially those who fought in World War II.

That’s probably because Marlene, more than anyone on the Idaho Press-Tribune staff, understood the sacrifices that the “Greatest Generation” endured in the ‘40s. She was 70 years old when she died.

Her column ended in May, but many readers remember her kind words of encouragement, her tributes to veterans and her reminders to honor those who served.

“Hope your flags are flying high, and your thoughts and feelings are directed towards our veterans today, and what they have done and are still doing for us and our beautiful country.”

In March of this year, she wrote the following along with this photo.

It isn’t often you get to see a few dozen American heroes all at once. But I’m telling you that’s exactly what you’re looking at with the 24 World War II vets pictured in a photo today.

Those folks were all part of the first ever Idaho “Honor Flight,” a program designed to help veterans of that war travel and see the World War II Memorial built in their honor in Washington, D.C.

Thanks to Fred J. Breneman, one of those so honored, for sharing the photo with us and letting us know about the program.

“I served in two wars to do my part in trying to preserve the freedoms we have in this great country,” Fred wrote in a recent letter. “I now serve as a volunteer at the Warhawk Air Museum to get the word out to children in our area, as well as the general public, and preserve the memory of those in the military who made the ultimate sacrifice. Fortunately, I survived. So I feel it a privilege to do what I can.

“I’m enclosing a photo of WWII veterans who were chosen to take the inaugural Idaho Honor Flight last September.”

It really was an honor to honor them.”