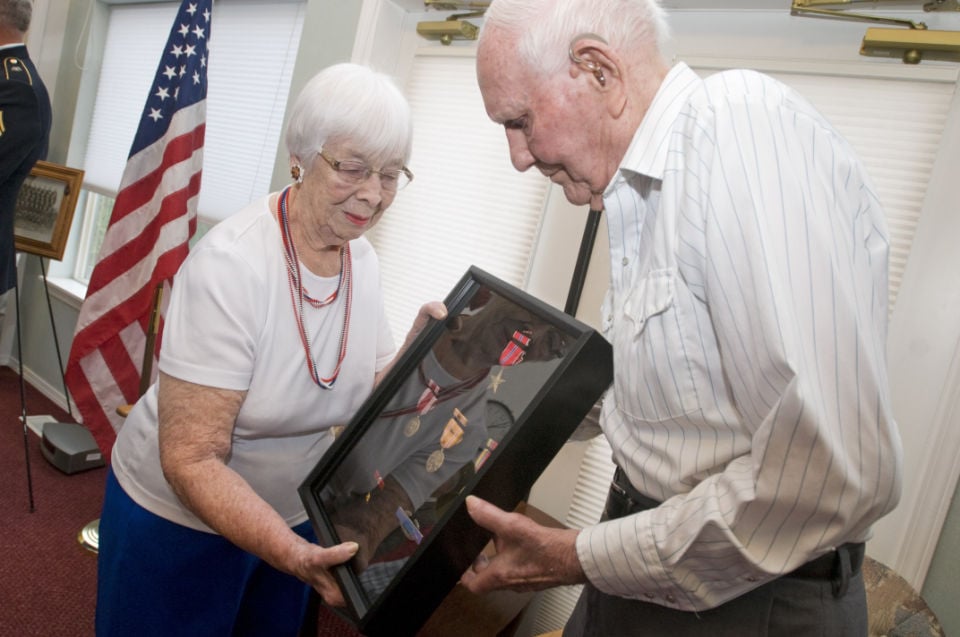 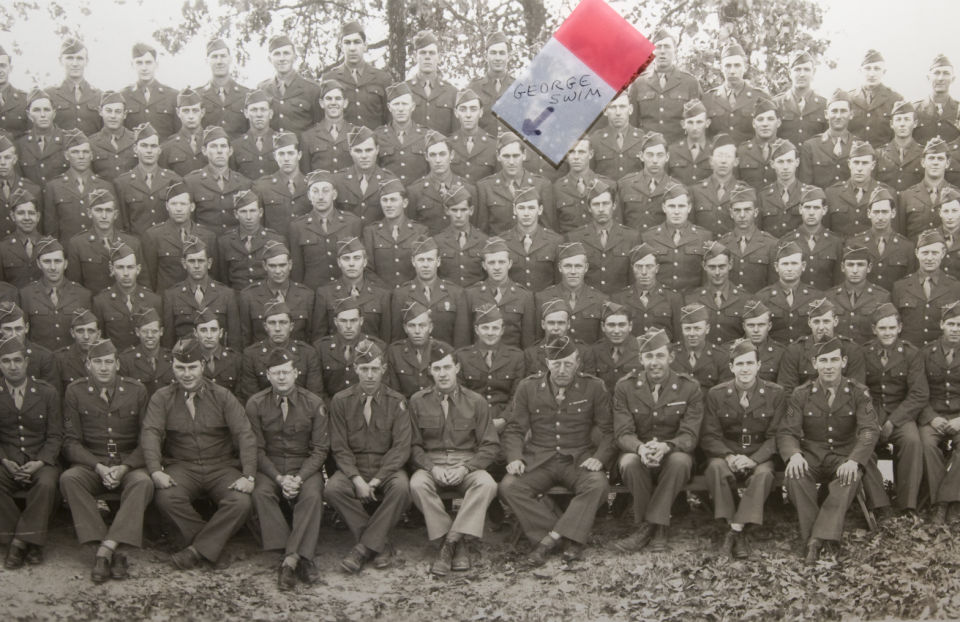 More than 60 years after the fact, a 95-year-old Caldwell veteran received official recognition for his service in World War II.

U.S. Army Staff Sgt. George Swim was greeted by dozens of local Boy Scouts, fellow veterans, family and friends at a medal ceremony Friday at the Port Stewart Senior Community in Caldwell. Swim, who served admirably in the Pacific Theater during World War II, had forgotten about the medals after the war until one of his daughters encouraged him recently to apply for them.

After opening remarks by Caldwell Mayor Garret Nancolas and a presentation of medals by Congressman Walt Minnick, the 95-year-old Caldwell man rose to make some brief remarks himself.

“These medals are a little late,” he joked. “But better late than never.”

Swim also showed off a ring he made from a coin on the date one of his daughters was born in 1944. The ring now belongs to her.

Among other honors, Swim received a Bronze Star — awarded retroactively to service members who earned combat infantryman badges in the Battle of Luzon and other areas where fighting was fierce.

At the age of 28, Swim was drafted into the U.S. Army in 1944, leaving behind his wife, Wanda, and three small children for 11 months. He served as a rifleman in the bloody Pacific Theater in the pivotal last years of World War II.

As one of a dwindling number of surviving members of his unit, he received a battlefield promotion as leader of his unit.

Swim, who greeted a number of local Boy Scouts at Friday’s ceremony, credits the skills he learned in that group during his youth as a key part of his survival in the military.

“My basic training was shortened, and I felt my years of experience in the Boy Scouts of America was invaluable to my safety and well-being,” Swim said. “It may have prepared me even more than the military training.”