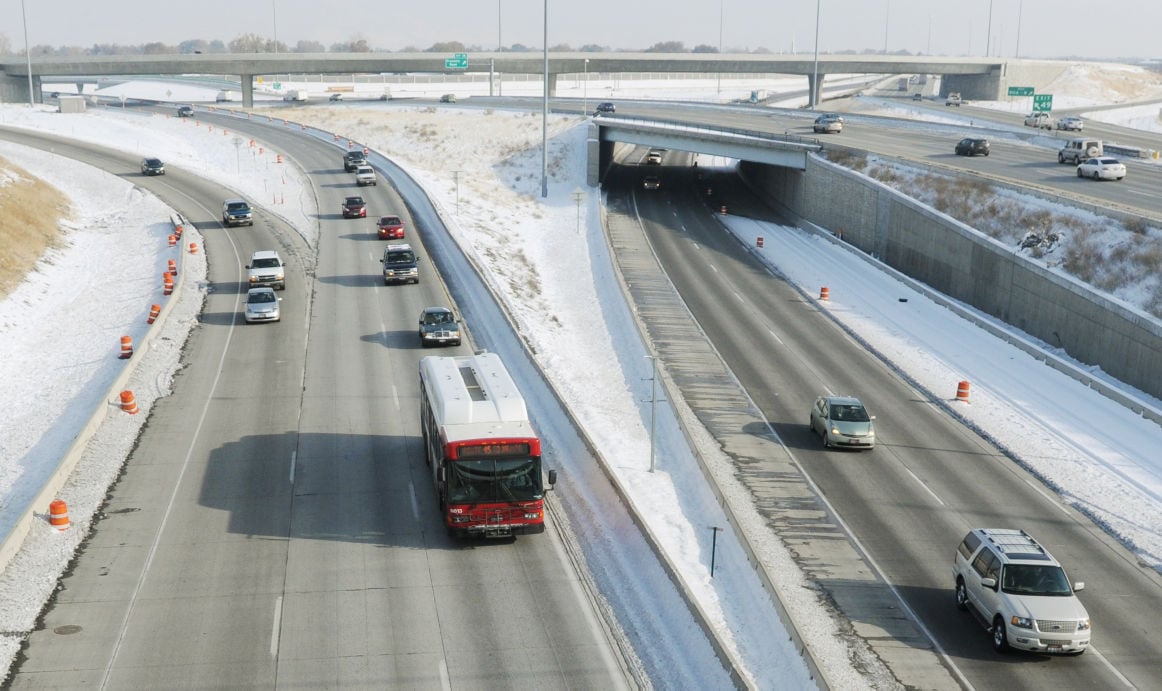 ValleyRide Route 45 from Boise to Nampa makes its way onto I-84 from the connector Tuesday afternoon. Tuesday, Nov. 18, 2014 (Greg Kreller/IPT) 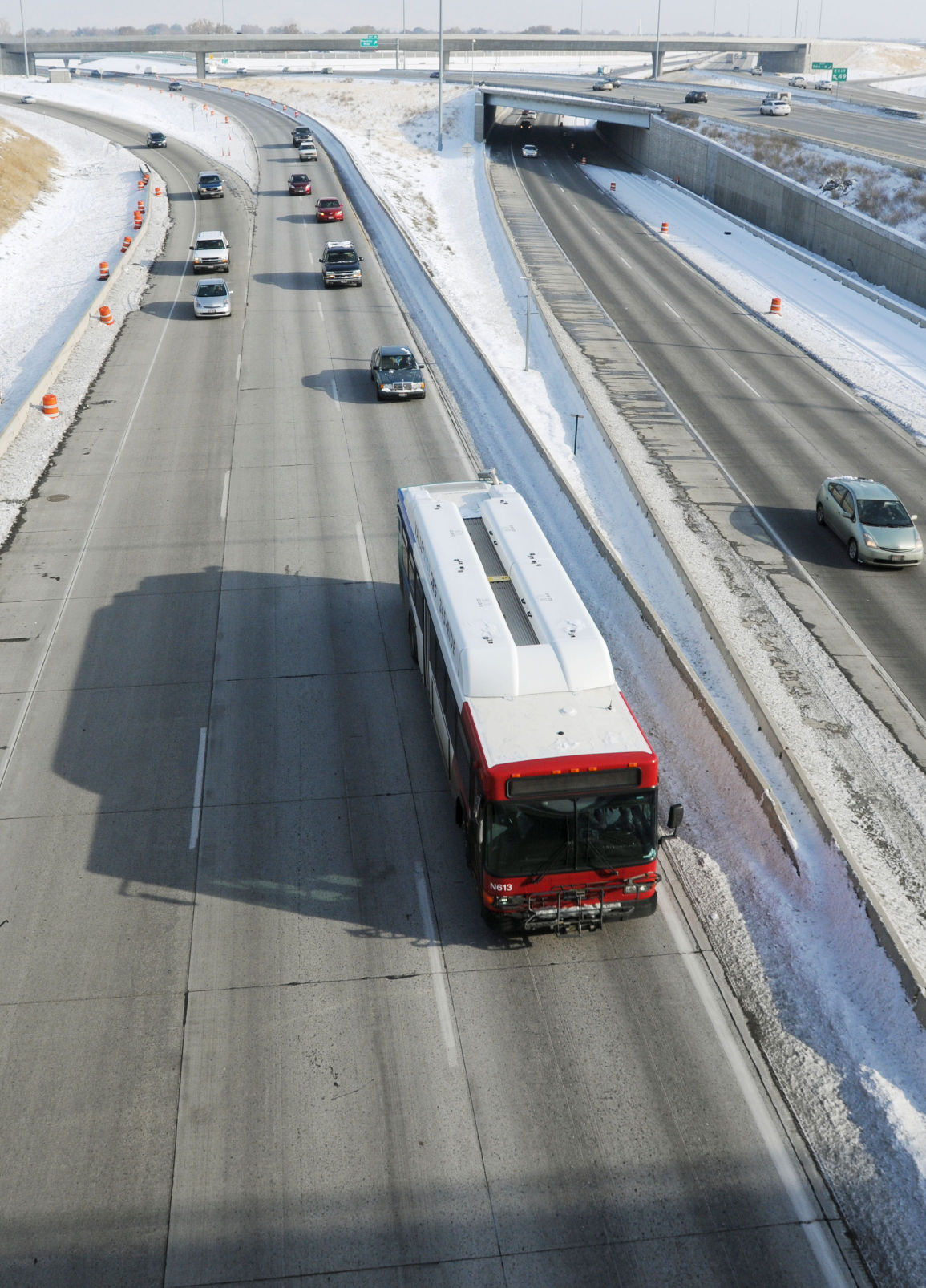 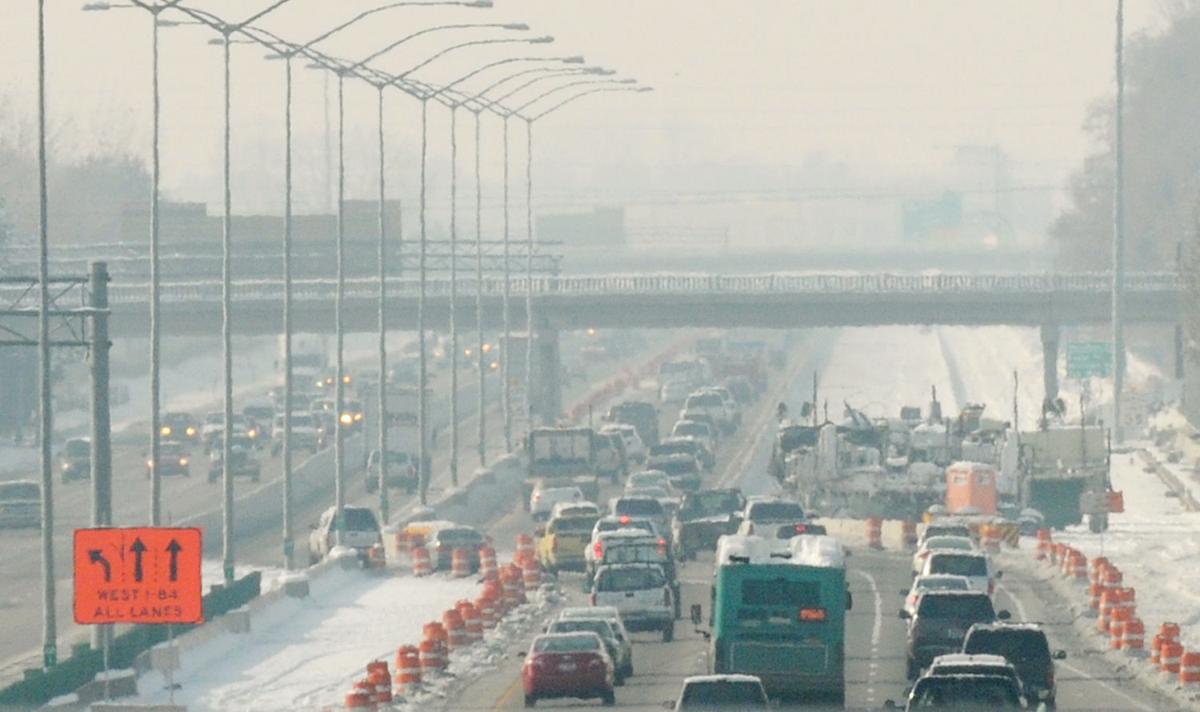 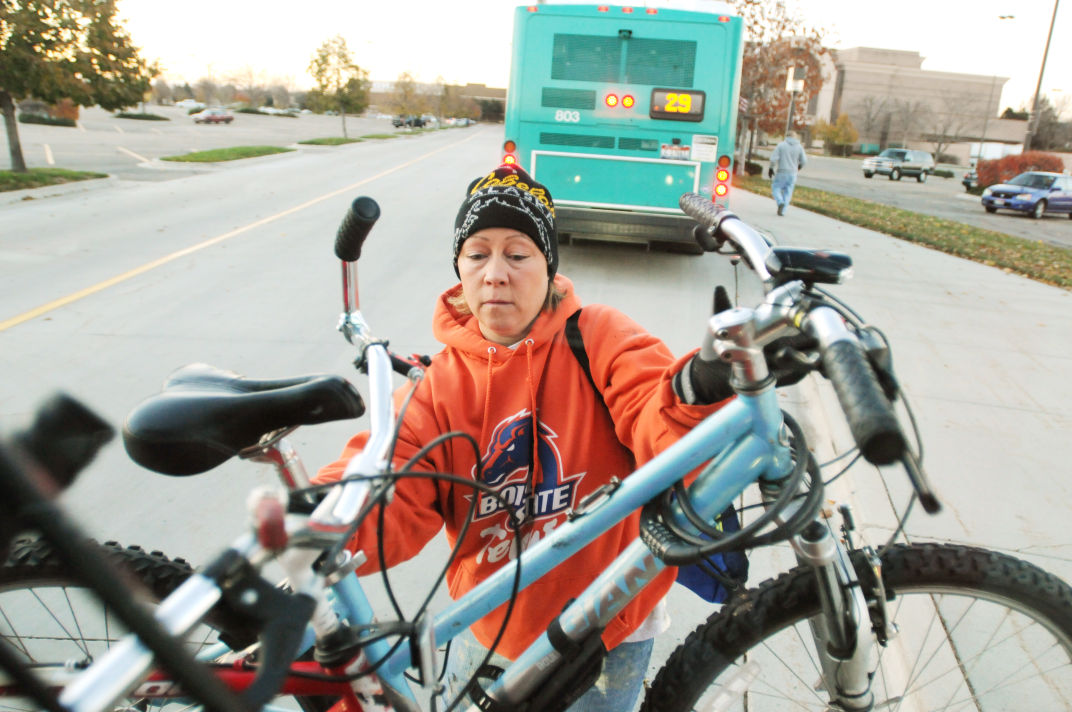 Shawna Ross, of Meridian, pulls her bike off the bike rack on the Route 42 ValleyRide at the Boise Towne Square Mall Nov. 12 before biking the rest of the way to her job as a house painter.

ValleyRide Route 45 from Boise to Nampa makes its way onto I-84 from the connector Tuesday afternoon. Tuesday, Nov. 18, 2014 (Greg Kreller/IPT)

Shawna Ross, of Meridian, pulls her bike off the bike rack on the Route 42 ValleyRide at the Boise Towne Square Mall Nov. 12 before biking the rest of the way to her job as a house painter.

More than 20,000 single-occupancy vehicles carry workers from Canyon County to Ada County every day, according to the American Community Survey. By 2040, a commute that takes about a half-hour today could take well over an hour.

A more vibrant public transit system is a possible solution to crowded highways.

But in the Treasure Valley, funding for public transit is unpredictable and is falling short, especially compared with other systems that serve comparable populations.

Valley Regional Transit’s public transportation system will cost nearly $13 million to operate in 2015. But with no dedicated public transit funding from the state of Idaho, VRT relies on uncertain federal funding and local contributions that basically amount to voluntary donations.

“VRT has had to go to the different jurisdictions and kind of ask, kind of hat in hand sort of, saying what can you give us to keep the system running,” said Walt Satterfield, associate planner with the Community Planning Association of Southwest Idaho. VRT competes for city dollars with other needs, such as police and fire departments, sewer, water and other services.

According to surveys by the American Association of State Highway and Transportation Officials, out of the 45 states that do receive some sort of state funding for public transportation, Idaho ranks last.

Idaho gives out about $400,000 for transportation out of non-dedicated funds, about enough to buy a 40-foot bus. VRT sees none of that money, as it is spread out across the state.

While other states, such as Utah, don’t receive money from the state, cities there can install a local option tax. Currently, only resort towns in Idaho can have local option taxes.

Looking at peer cities, such as Anchorage, Reno and Spokane, Satterfield agreed that Idaho falls short.

“In terms of what we’re investing in, on a per capita basis, we are way below the mark with some of those peer cities,” Satterfield said.

Federal funding accounts for 32.8 percent of VRT’s 2015 budget, while local funding makes up 54 percent, according to Kelli Fairless, VRT’s executive director. The remaining 13.2 percent is made up of fares and auxiliary revenue. Each year, VRT anticipates about a 2 percent increase in its expenses, but because of the unpredictable nature of its funding sources, it can’t be sure of a 2 percent increase in funding.

Federal funding for public transportation comes from the federal transportation bill, MAP 21, which expired in September and is under a continuing resolution through Dec. 11.

“The resolutions usually keep the current funding levels intact, so we know how much we are getting,” Fairless said. “But it makes it hard to budget for the future because we do not know how much funding will be available for local transit until the new authorization bill becomes law.”

In 2012, federal funding made up 49 percent of VRT’s budget, and local funding accounted for 39 percent. Since then, funding has shifted so local entities are providing much more than the federal government.

NOT A SURE THING

But local funding isn’t a sure thing, either, Fairless said. Each year, VRT requests funding from each of its contributing entities, which include Canyon and Ada counties, most of the cities that fall on transit routes and a handful of highway districts and urban development groups.

According to Fairless, each city and county is asked to pay population-based dues at 46 cents per person. On top of that, cities with bus routes are asked to pay service contributions, which directly fund the routes within their borders.

“The jurisdictions provide funding voluntarily,” Fairless said. “If they don’t provide the funding for the service, we can’t operate the service. Once they tell us to operate a service, they are locked into it. If we design our operations around that revenue, then they have to provide it. That becomes the base budget, so that’s what we’ll ask for. But everything is voluntary, so they could always add or cut. (If jurisdictions cut funding), then they cut routes.”

For the most part, Fairless said, cities are good about contributing their parts.

“We do sometimes get less money in dues than projected because a city or other entity has decided not to pay,” she said. “That amount is usually on the smaller scale and not the dues paid by larger cities such as Boise, Caldwell and Nampa.”

Contributing to VRT earns each of the local entities a spot on a board or committee, giving them the opportunity to track how their dollars are spent and negotiate for the public transit that’s best for their taxpayers.

But in Canyon County, where the system is much smaller than in Ada County, city and county officials say they struggle to find a balance between what their citizens want and will use, and their other tax-funded needs.

“The issue for the county is we have so many individuals who would not be using it because they’re outside of city limits and the buses don’t necessarily run out to the less populated and rural areas of Canyon County,” said Canyon County Commissioner Craig Hanson, who plans to fill Canyon County’s spot on the VRT executive board when it is vacated. “It’s a matter of how much of the population is going to be actually using it, and for the rural setting it’s a lot different than for a city or urban area.”

Hanson said public transit funding is similar to school funding —everyone pays whether they use it or not — and the bottom line, he said, is there needs to be a careful balance between the cost and the benefit to the community.

“Any time you continue to raise the level of the funding, it’s got to come from somewhere,” Hanson said. “So are we increasing new taxation, or increasing taxation on all the people that live here? How many people are actually going to be using that funding? Some people would use it a lot more than others. At various points I’d say that’s good and at various points I think it’s bad.”

“We’re always working to balance what we do,” Orton said. “We want to keep it lean because we’re very conscious of the public’s money that we put to work. But we have increased our contribution in the recent past to allow services to be enhanced in Caldwell that we felt were important to have. I’m pretty pleased with what Valley Regional Transit does. They seem to do a good job balancing and managing. I’m pleased with the way that they monitor so closely their routes and ridership. They seem pretty data driven in the way that they operate and it helps them be a lean machine.”