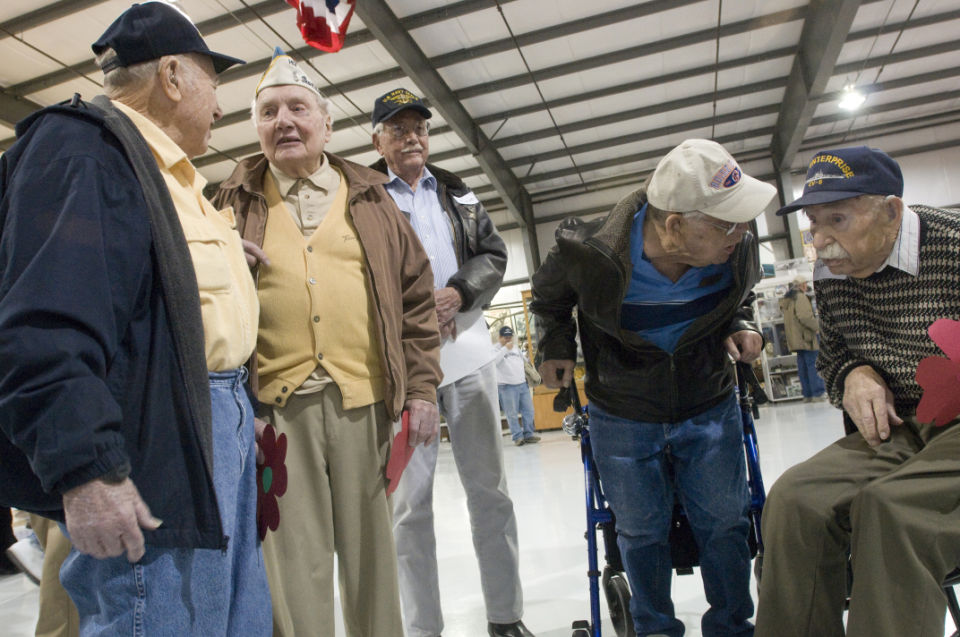 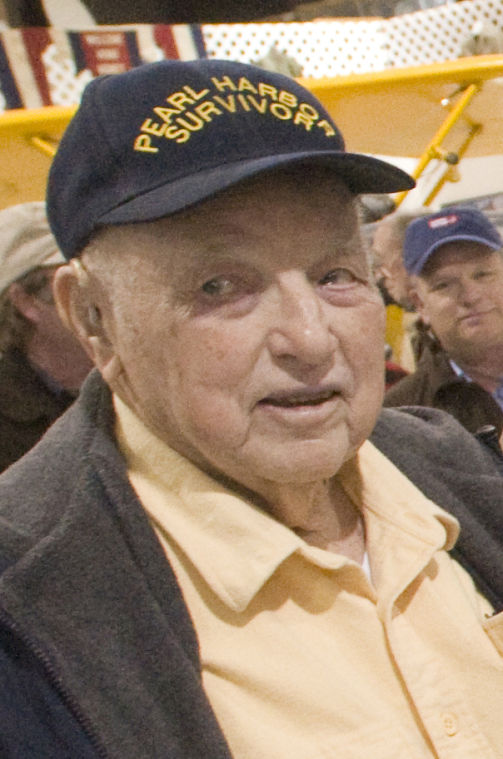 Ernest Mangrum had to swim through Pearl Harbor to survive it.

Mangrum, 89, joined four other Pearl Harbor survivors Tuesday on the 69th anniversary of the Japanese attack that drew the United States into World War II. He told a Warhawk Air Museum gathering of close to 100 war veterans from all eras that he abandoned his sinking ship, as ordered, jumped into Pearl Harbor and swam to Ford Island in the middle of the infamous attack.

“I was swimming when the Arizona blew, and there was stuff raining down all around me,” Mangrum said. A third-class aviation machinist at the time of the attack, Mangrum now lives in Garden City.

It was tied to the USS Tennessee, and Mangrum had to cross the Tennessee to get to a spot where he could jump into the water and swim to the island in the middle of the harbor.

The West Virginia lost dozens of men in the attack. Several Japanese torpedoes hit the ship, tearing a massive hole in the hull.

“It opened up that port side like a tin can,” Mangrum said.

Mangrum said only one man from his division was lost in the attack. He first knew the battle had begun when he heard an explosion. “I knew something blew,” he said.