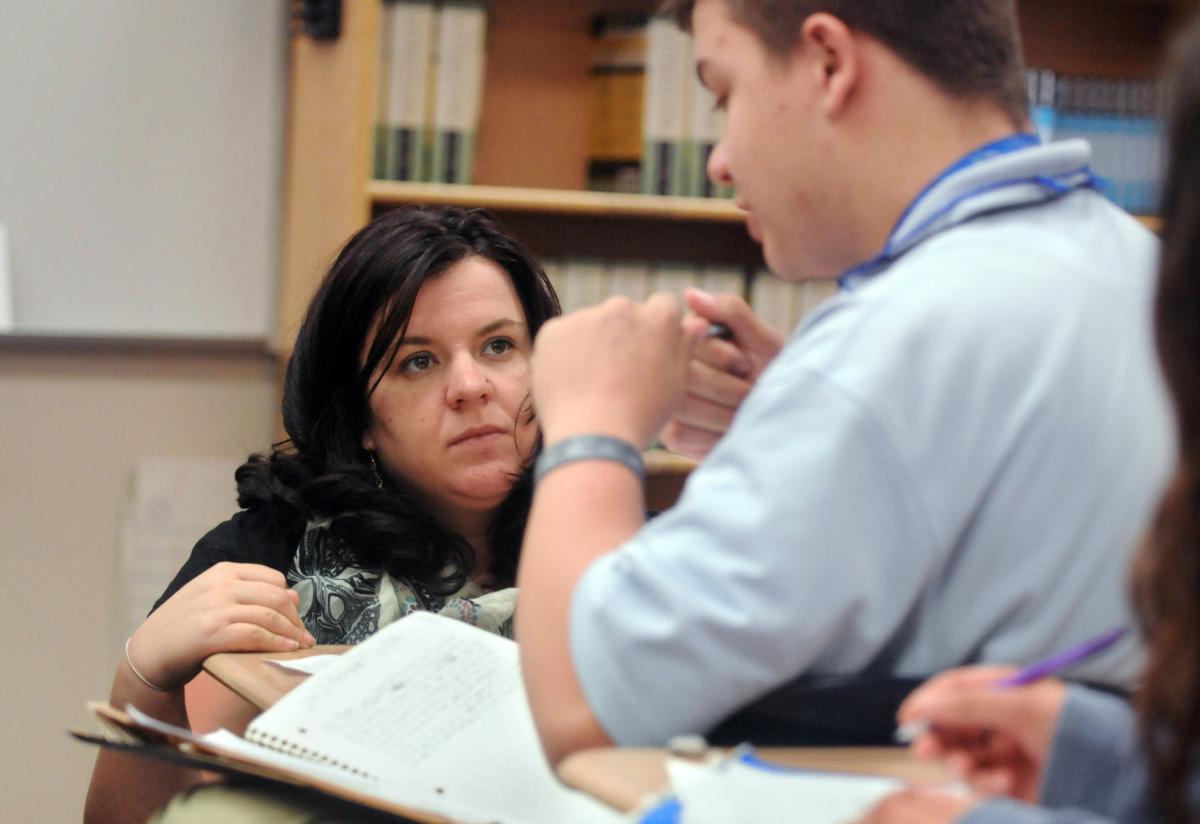 Andi Arnold, the creative writing teacher at Caldwell High School, helps a student on an essay Friday in her classroom. 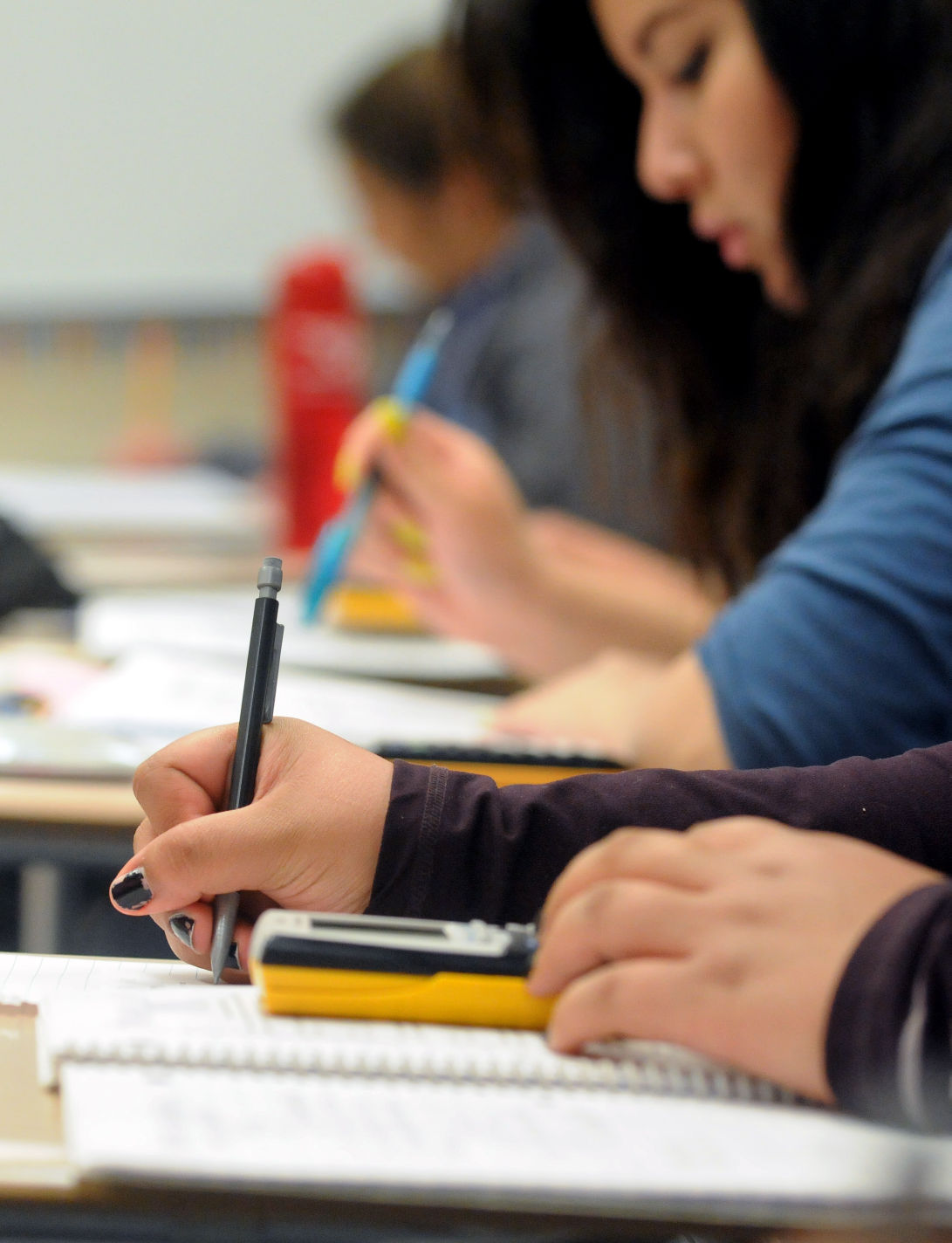 Andi Arnold, the creative writing teacher at Caldwell High School, helps a student on an essay Friday in her classroom.

CALDWELL — Caldwell School District has been under new leadership with Superintendent Tim Rosandick since 2012, and several new board members were elected in roughly the same time frame. Three of those board members are vying for a second term at the helm — and each one has a challenger ready to take over.

The Idaho Press-Tribune reached out to each candidate to find out more about their philosophies and priorities leading up to the election on May 19. Trustees serve four years in one term.

Incumbent candidate — Elected in May 2011

Thomas Briten was elected shortly after former Caldwell superintendent Roger Quarles abruptly resigned to work at Boise State University, meaning Briten was one of the new board members charged with hiring a replacement. With the help of Caldwell Mayor Garret Nancolas and other community leaders, the committee eventually decided to hire current Superintendent Tim Rosandick. Briten said that’s one of the processes and decisions he’s most proud of as a board member.

“Because of that, the school district is run very well (by Rosandick),” Briten said.

Toni Waters has been teaching physical education and health classes in Middleton for the past 27 years. She has lived in Caldwell for 25 of those years and has two daughters who attend Caldwell High School. Waters said she thinks the board needs new perspective. While two of the current board members are former teachers, she would be the first educator who is still teaching.

“It’s nice to have that idea that we’re coming from an educator’s point of view,” Waters said. “I’m dedicated to a well-rounded education for our kids.”

While Waters said she doesn’t have much experience directly in budget and finance, she does have experience with facilities and identifying wastefulness with duplicate projects in addition to keeping up with maintenance on older facilities.

Waters would also like to see Caldwell change its policies on school supplies. While the school district buys some supplies for students in kindergarten through fifth grade, it’s not enough, and teachers are not allowed to ask or require students to bring supplies from home, so they end up buying it out of pocket.

“Now the burden has gone to the teachers because they didn’t have enough supplies, and now they’re just told when it runs out, it’s gone,” Waters said.

Sandra Dodson taught at Caldwell High School for 22 years as a special education instructor, and she taught for 38 years total. She was appointed after a previous board member was recalled. Serving on the board so far has been interesting for her, she said, because it’s a different look at the educational system.

“When you’re in education your whole life, you look at the board as something just out there,” Dodson said. “You’re busy in your class doing your thing, and you’re not really thinking about the school board.”

Dodson believes the board has done a good job supporting programs in the district, especially in the areas of robotics and welding. She also thinks the consistency in leadership in the district is something to be proud of.

Dodson said the board has achieved a good fund balance and she’s proud of that, because it puts the district in a good position to protect taxpayers, faculty and staff in case something unexpected happens. She also thinks trustees have done a good job of managing the district in a responsible way.

“I think we look at things closely and make sure that we’re not overstepping what we can afford to do and to provide for the students of Caldwell schools,” Dodson said.

Readers may recognize Travis Manning’s name, as he has run for the Idaho Legislature twice in recent years. This time he’s aiming for the school board, in part because he has children in Caldwell schools.

“I’m really passionate about supporting public schools and have a good understanding of education policy issues and kind of how schools run from different viewpoints,” Manning said. “... I’m just driven really to be an integral part of my community, and I feel like this is one way that I can be a strong advocate for kids and educators.”

Manning has been an English teacher at Vallivue High School for 10 years and also taught in Salt Lake City in previous years.

Manning said he managed a $30,000 legislative budget for his race in 2014 and has also managed small budgets as a wrestling coach and as a Boy Scouts scoutmaster.

Don Atkinson has worked with students in Caldwell for more than 40 years in football, basketball, softball and more. He also has two daughters who teach in the district, and he’s concerned about students.

He’s also familiar with upkeep and maintenance of facilities, and he wants to see more investment and attention paid to aging buildings within the Caldwell School District. With his background in facilities management, he says his experience would help with that.

Atkinson said he worked for Canyon County for more than 10 years and had to establish his own budgets for maintenance and personnel. Right now he’s on the outside looking in, but he has a background in repairing budgets and feels comfortable with the idea of running a school budget.

“The biggest thing right now with the budget is just being fully aware of it,” he said.

Incumbent candidate — Elected in May 2011

Chuck Stout’s children were all Caldwell schools students, and he has been working in the building materials industry in Caldwell since 1976. Like fellow trustee Thomas Briten, Stout says one of the biggest achievements of the board is finding and hiring Tim Rosandick. A thorough vetting of 13 candidates helped narrow it down to two, and he says they picked the right person for the job.

“We’ve been very happy with him and what he’s brought to the district and done for the district,” Stout said.

He also points to the high community support for supplemental levies and, most recently, a plant facilities levy.

“I don’t think the community supports you in stuff like that unless they like what you’re doing,” he said.

Stout is also proud of an ongoing partnership with the city of Caldwell to help keep school zones and crosswalks safe and says the district has encouraged administrators and teachers to spend more school district dollars in local places.

“Each year it seems like slowly but surely, more and more of our district dollars are being spent in the community that supports us, and I think that’s the right thing to do.”

Though school districts have been through the wringer financially since 2008, Stout says the money is starting to come back, and Caldwell’s budget is sound. He is proud of the progress they have made and wants to keep striving for better.

“We do have a modest fund balance right now, and it’s not where we want it to be, but with the work of the superintendent and all the administrators and teachers … we’ve been able to try to keep our budget in order and move forward.”

The election will take place from 8 a.m. to 8 p.m. May 19. To find your local polling place, visit canyonco.org/elections or call the Canyon County Elections Office at 454-7562.

All candidates were asked the same questions and given the same opportunity to share their views. There were no word limits or other restrictions. Candidates are placed in alphabetical order by last name.