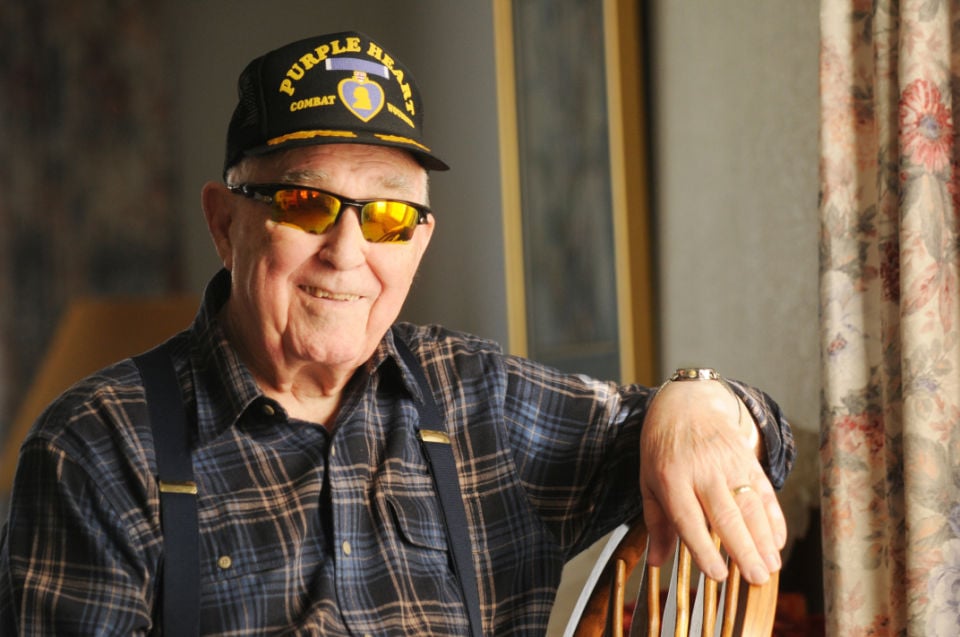 William A. Norman, 91, at his Caldwell home. Norman is a Purple Heart recipient who served in World War II. Monday, Nov. 25, 2013 (Greg Kreller/IPT) 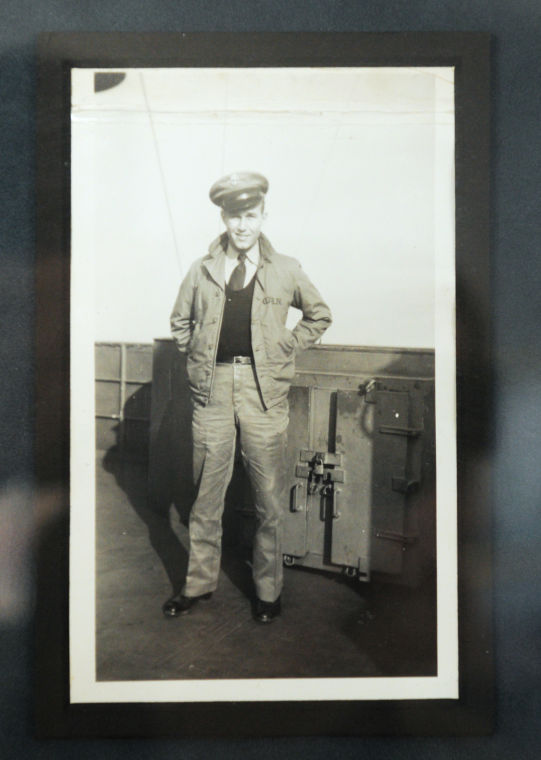 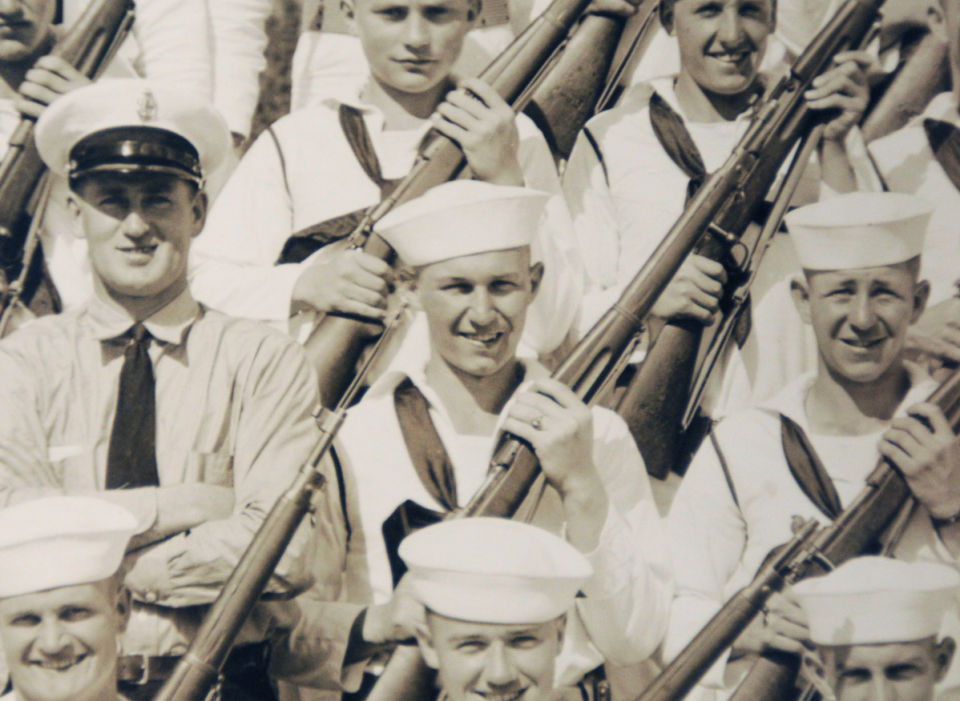 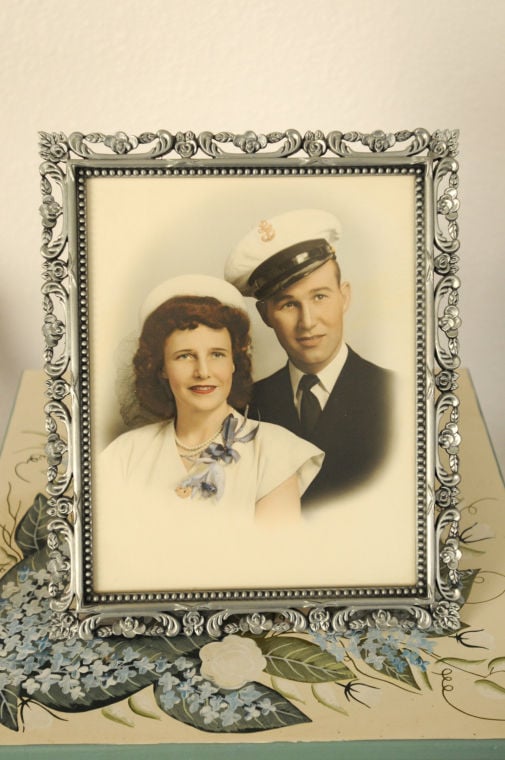 William A. Norman, 91, at his Caldwell home. Norman is a Purple Heart recipient who served in World War II. Monday, Nov. 25, 2013 (Greg Kreller/IPT)

William “Bill” Norman was born June 21, 1922, on his family’s homestead in Wilder. His mother, Gladys Garlic, was born in Blackfoot in 1902 during her family’s trek from Rapid City, S.D. to Wilder.

“My mother was born there in that covered wagon.”

Norman said the ground was primitive during the Wilder homestead days of the early 1900s.

“My granddad had a length of railroad track, and he put two horses on each end of that thing and walked those horses back and forth across the ground to tear up the sagebrush and the saw grasses so he could plant it.”

It was during these lean years farming a new family homestead of 160 acres that Norman was born to his mother, who had been abandoned by Norman’s father, Walter Norman, after she became pregnant. “He left just before I was born; I didn’t meet him until I was 12 years old. It was hard for mother.”

When Norman was just 2½ years old, his mother met Garnet Allison, the man who would raise Norman.

“Tall, skinny and as good-natured as they come,” he said.

Allison moved Norman and his mother to Caldwell where the Allisons had a family home. “His folks had a house in town where we stayed. He worked at the (livestock) sales yard until he got a job at the creamery, and that’s when everything kind of fell into place.”

During the school year Norman stayed in Caldwell, but on the last day of school he was back to working the family homestead. “My grandfather Norman started me on a program,” Norman said. Every year from the time Norman was 6 years old until he was 15, his grandfather brought him out to work the homestead during the summers. His grandfather would visit with Norman’s mother “and if I get within earshot he’d turn around and say ‘hurry up Bill, we got to get home and do chores.”

By the time Norman entered his freshman year at the College of Idaho, World War II was getting worse and the draft was picking up momentum. Norman and his friend, Bob Hansen, spoke about the draft, and together decided they would volunteer for the Navy as a means to pay for college.

“Back in those days nobody had money to go to college unless you worked your tail off.”

“Both of us got a scorching.”

However, Norman said, after more explanation, both their families came around and supported their plan. Norman’s friend spent a year studying at sea, then was given the opportunity to finish his schooling at a college of his choice. He chose Idaho State’s pre-med program and went on to become a doctor. Norman said he was enjoying the Navy life and decided to continue as an enlisted sailor.

Norman was working on the bridge of the USS Enterprise as a quartermaster a few days before the attack on Pearl Harbor when he took down a message he believes was a warning of the pending attack.

“A message came in from Cincpac (Commander in Chief Pacific Command). I read the thing and it said ‘go to condition red, attack by enemy forces imminent’.”

Norman delivered the message to his admiral and never heard anything more about it. When Japanese forces hit Pearl, Norman remembered that message sent on Nov. 26.

“If they knew that was going to happen, why in heaven are they messing around? So I learned that the officers in Pearl were dumber than doorknobs.”

Norman’s carrier and the surrounding task force was due back in Pearl Harbor on Dec. 6 in the afternoon, but the task force was running 18 hours late. Norman said by the time his task force got to Pearl the harbor was closed, as they closed at sunset every day.

“We maneuvered back and forth, waiting for the morning. We were due in and we didn’t have our fuel, all the ships we had were pretty low.”

Before they could get the task force in to Pearl for repairs and refueling the morning of Dec. 7, 1941, Pearl Harbor was hit. Because they were low on fuel, Norman and his shipmates had no choice but watch the destruction as it occurred. “All those squadrons of aircraft coming in over Diamond Head, dropping bombs and torpedoes. It was agonizing.”

After the attack ended, the task force was able to get in to Pearl Harbor.

“I never felt like crying so much in my life. Those ships were all tipped over; some of them had their whole keel up. There were six or so battleships that were just devastated.”

Norman’s task force was sent out the next day to find the Japanese support for the Pearl Harbor attack but never found them.

Norman charted all his travels during his time at sea as a sailor. “I traveled over a million miles.”

After the attack on Pearl Harbor Norman was part of several large landings of troops, including the landing at Okinawa.

“Day and night they were firing 14-inch guns. They’d rattle every bolt on that ship. You couldn’t sleep — it was just nerve-wracking.”

It was during this landing that Norman earned his Purple Heart.

“The kamikaze planes were flying by the hundreds out there. We had 200 ships hit by them, and one of them came in on us. Just about the time it was going to hit us it lost its starboard wing. He went in the water.”

The Japanese pilot survived the crash and Norman’s shipmates pulled him in with a life preserver. Norman said he got shrapnel in his hand and forearm. “Wasn’t worth much but they did give me a Purple Heart for it. If you fell down sometime you’d get worse.”

After the war ended Norman was still in the service, serving six years from the time he took his oath of enlistment in February 1941 to the time he got out in the spring of 1947. Norman traveled with the Navy to Sasebo, Nagasaki, after the bomb.

“I looked through a telescope over Nagasaki and there wasn’t a thing standing. I was sick.”

Norman traveled to Tokyo and saw the aftermath of the phosphorous bombs.

“There was 150,000 people that were killed. It turned my stomach when I thought about that. I was ashamed of us.”

Although Norman served honorably and volunteered himself to the service of his country during a time of war along with many of thousands of other Americans at the time, he said he doesn’t think of himself as the Greatest Generation that Tom Brokaw wrote about.

“I think back of the people in this nation that have gone through other things. I like to read stories of the Old West and the people that came out here in wagon trains all the way, so I can’t accept that. There are generations behind us a lot greater than ours. Look what they built. We didn’t build anything — we destroyed. I’m not too proud of it.”

LIFE AFTER THE WAR

In December 1946, Norman’s ship traveled from the South Seas up the West Coast to Portland, Ore., for repairs. When they docked, Norman said he had no plans to leave the ship as it was very cold — especially for the sailors who had spent most of the war in the South Seas.

“You can imagine how thin our blood was,” Norman said.

It was in the sleeping quarters where Norman was trying to stay warm in bed that his friend asked a favor.

“He said ‘I have a date and she won’t go with me unless I bring somebody to go with her friend’.”

Norman said he finally gave in and went on the double date. That was the night he met his future wife, a nursing student named Winona.

“That night, on our first date, we decided to get married.”

A few months later, after Norman was discharged from the Navy, he went back to Portland and they married.

Norman and Wyn went on to have three children together after Wyn finished her nursing degree. Norman learned how to repair watches and they opened a jewelry and watch repair business in Caldwell in 1949. Norman Jewelers is now managed by Norman’s middle son, Daniel.

In 1987, Norman and Wyn went on a year-and-half long mission to the Philippines for the LDS church. During the mission they helped 19 Filipino children get cleft pallet surgery. They also spent 24 hours imprisoned in their home while Filipino rebels stole food, appliances and their car.

“They cut all the straps off our luggage to use as rifle slings — it was kind of strange.”

Despite the robbery, Norman enjoyed the time they spent on their mission and having an opportunity to help the people that were once caught in the crossfire of a global war. “We just enjoyed it.”

Norman lost his wife in 2005 but takes comfort in the joys of being a father and grandfather of 17 grandchildren and 38 great grandchildren.

“I think back on those times I’ve lived, I was blessed.”