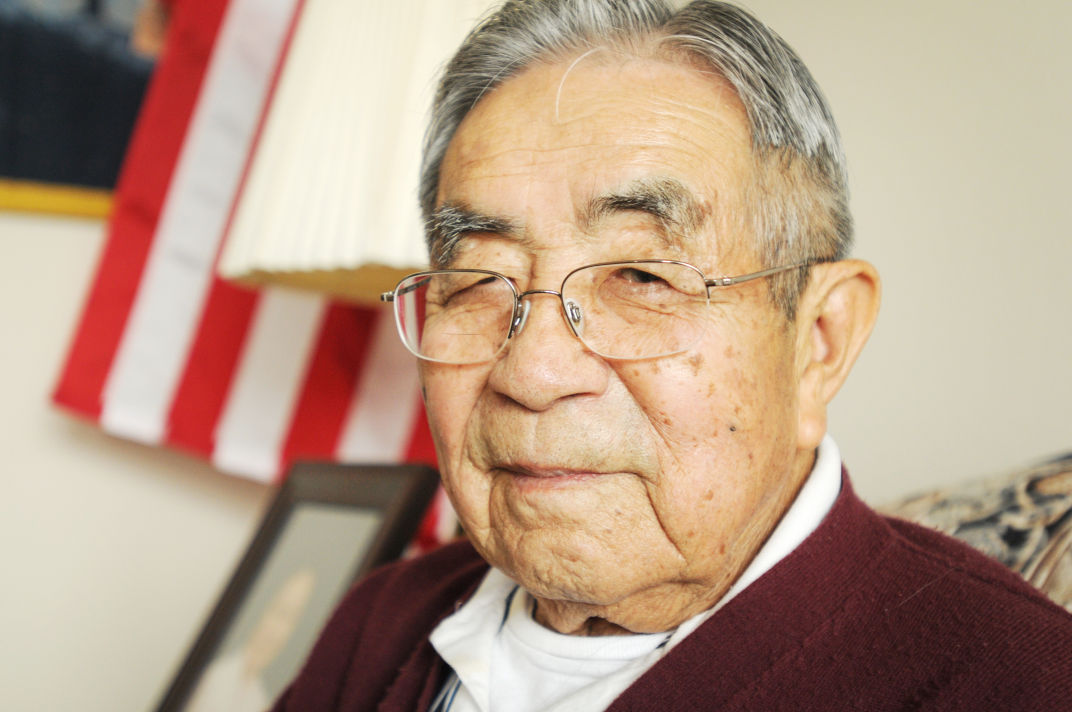 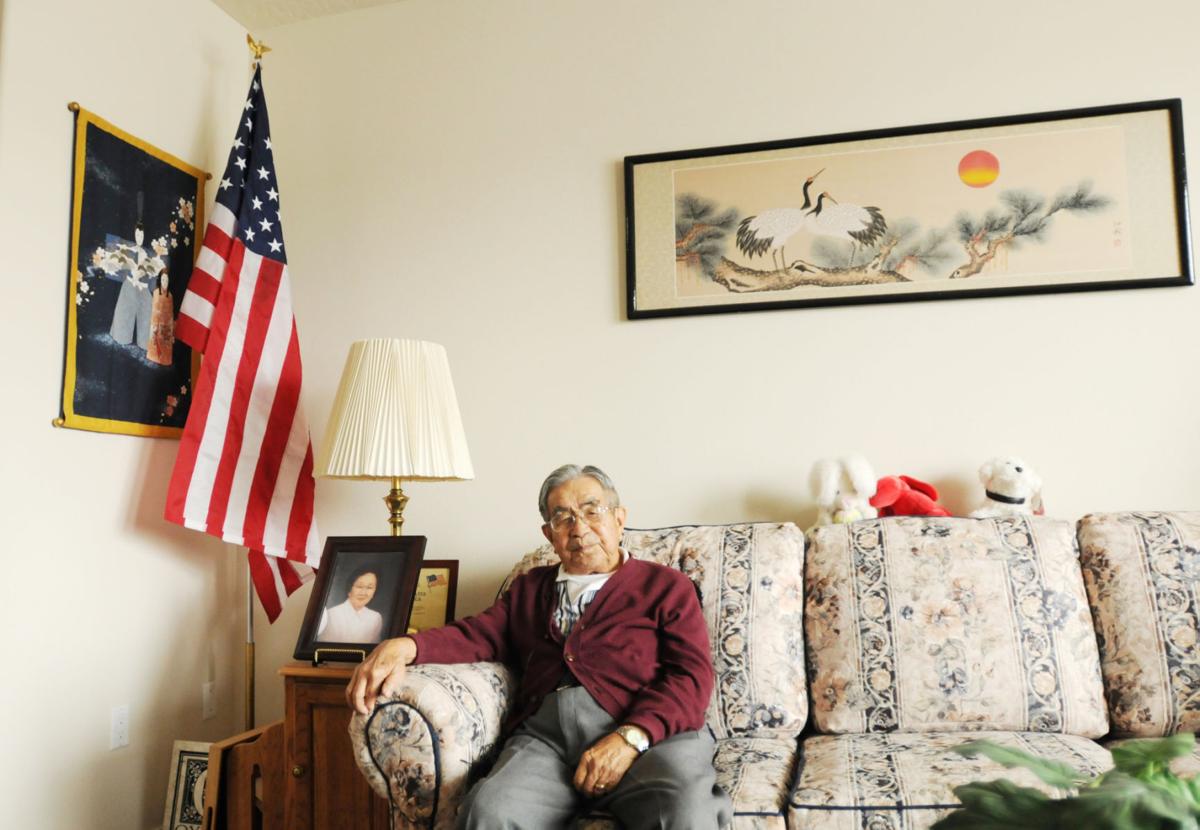 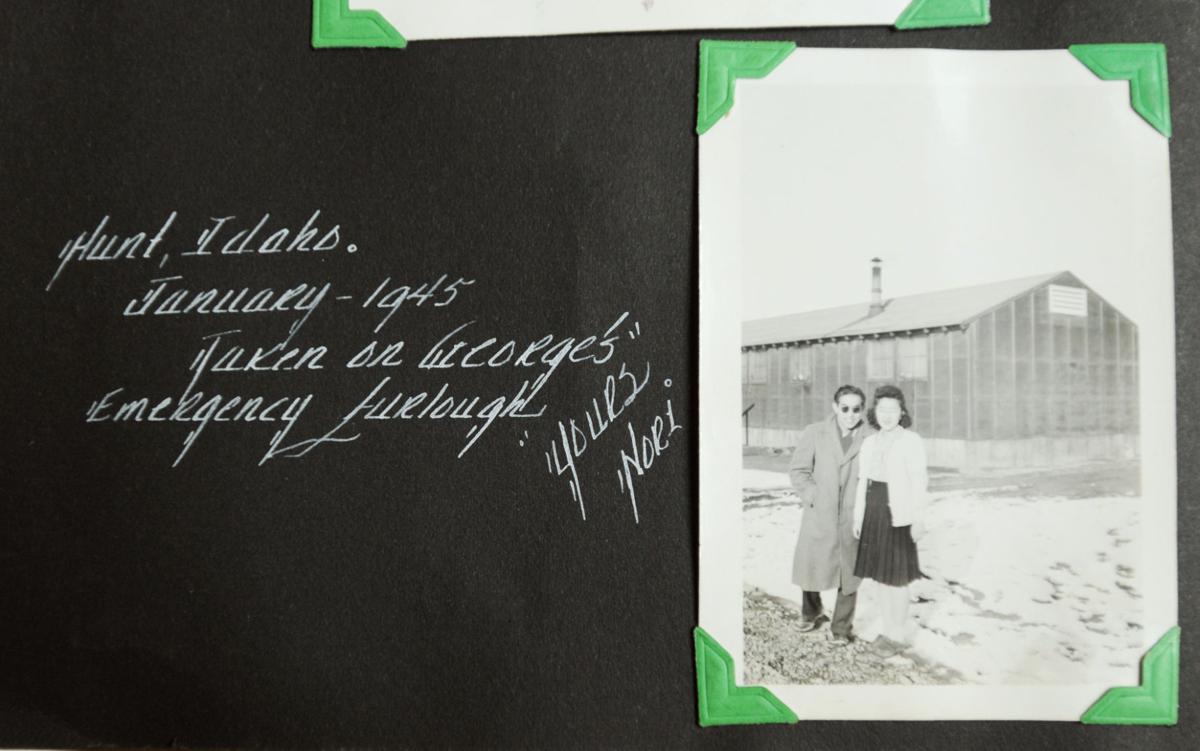 Roy Oyama with his girlfiend and future wife Nori at the Minidoka camp for Japanese Americans in 1945. Roy and Nori, both originally from Washington, met while at the camp. Tuesday, Dec. 2, 2014 (Greg Kreller/IPT) 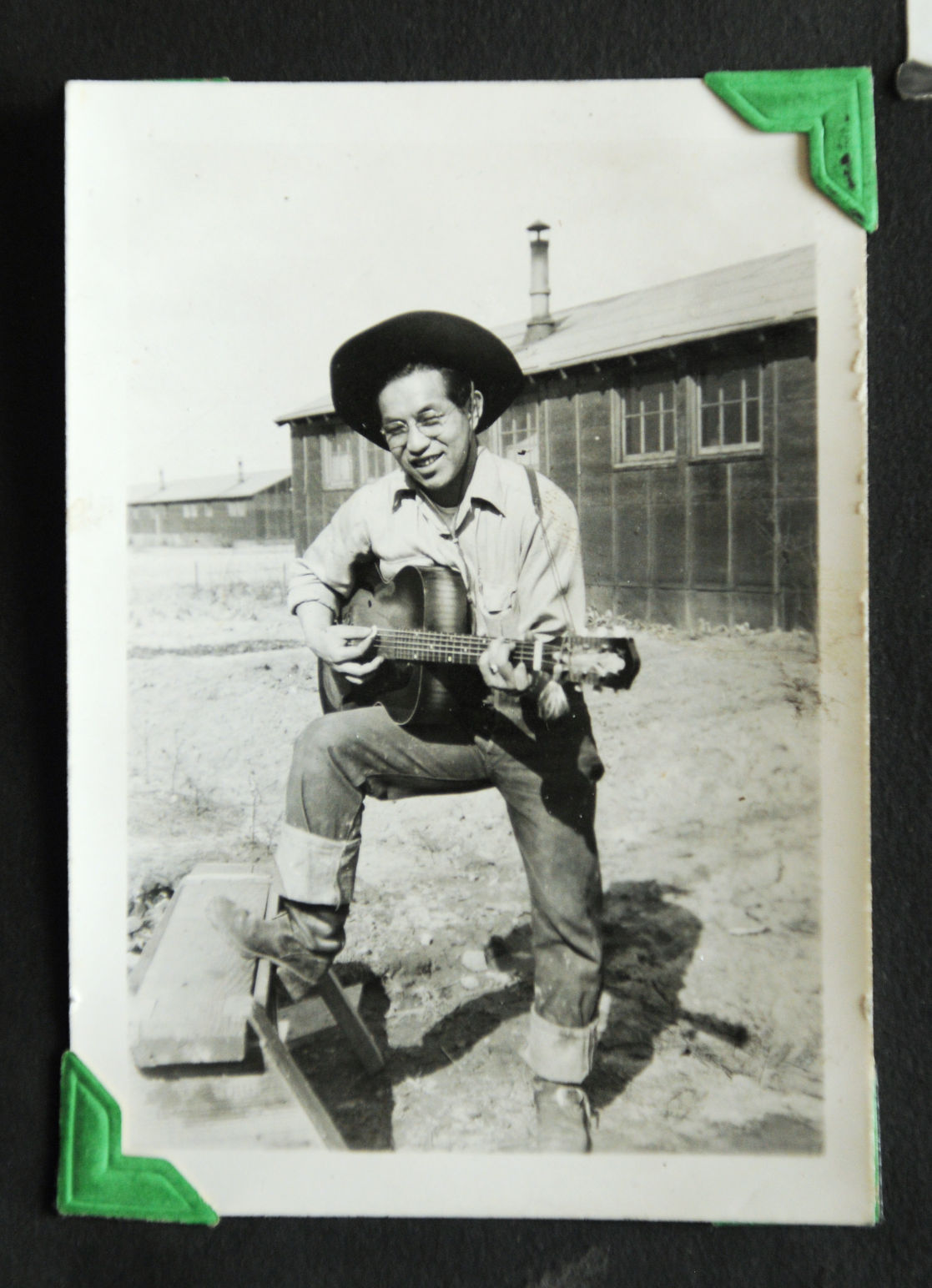 Roy Oyama with his girlfiend and future wife Nori at the Minidoka camp for Japanese Americans in 1945. Roy and Nori, both originally from Washington, met while at the camp. Tuesday, Dec. 2, 2014 (Greg Kreller/IPT)

Roy Oyama was 19 years old when he was ordered from his Washington home and entered the Minidoka War Relocation Center in Jerome County, Idaho — the largest of 10 camps across the country where Japanese-Americans were imprisoned during World War II.

The trip to the camp from his hometown was long and convoluted, he recalled — he and the other evacuees didn’t travel straight to Idaho from western Washington. They were taken by train to another facility in Fresno, California, before they headed northeast toward their final destination.

The trip took four days and three nights, he said.

His immigrant parents offered little resistance to the evacuation, he said, because they saw themselves as foreigners from a country that had attacked their adopted home. But Oyama’s generation — who were born within the borders of the United States — saw things differently.

He was born in Washington in 1923, a few years after his parents arrived in the United States. He never saw himself as anything other than an American, he said, and resented having his loyalty questioned.

“(My parents) were foreigners, so I guess they kind of took it in stride. They thought it was what they had to do, because Japan did bomb Pearl Harbor,” he recalled. “But as far as us guys go, we thought it was pretty unfair, because we were citizens, and I even had a brother in the U.S. Army.”

He was the right age — and the right gender — to have a way out: After about a year-and-a-half in the camp, he was drafted into the U.S. Army and found himself serving during the occupation of post-war Germany. Life in the military was preferable, he said, to life in the camp — especially since he didn’t go into active duty until after combat was over. But not everyone interned had the same opportunity.

Before he got his draft notice, Oyama said, life in the camp was characterized by work. In the summer, he was allowed to leave the camp to help work on farms near Ontario, Oregon. In the winter, he and the facility’s other residents would shovel snow and process coal to heat the camp’s barracks.

For his labor, he was paid $16 per month, he said, which was considerably less than the 25 cents per hour — $40 per month for 40-hour workweeks — he’d grown accustomed to working as a farm laborer.

Oyama entered the camp with a certain amount of bitterness, he said. A born citizen of the United States, he resented being treated like a second-class citizen and a potential threat by his own government. But dwelling on such feelings forever, he said, doesn’t accomplish anything.

“It was unfair, is all I can say. Because we were citizens, and I had a grudge against the U.S. for doing this,” he said. “But once I got into the Army and came back as a civilian, there wasn’t anything else you could do about it, so I just took it in stride, I guess.”

After he received his draft notice, one of his first stops was California, where his loyalty was evaluated. All Japanese-American recruits were given a form asking two questions: If they’d be willing to fight for the United States, and if they’d be willing to participate in an invasion of Japan.

Oyama’s answers? “Yes, yes, to both of them,” he said. He never doubted his own allegiance, even if his own country did.

But even joining the military — and declaring loyalty to the United States, pledging to protect it from all its enemies — was no guarantee of being singled out based on Japanese ancestry. Oyama’s brother Jack, who had joined the Army before Japanese-Americans were ordered to evacuate the West Coast, was moved from his station in California to a different post in Wisconsin.

Oyama’s own military service was uneventful, he said. Combat ended in Germany before he arrived, so there wasn’t much left to do beyond maintaining the peace while a new German government was established.

And after his discharge from the military, Idaho — not Washington — was the home he returned to. His family stayed here after their release from the camp, Oyama said. They’d sold everything and left their whole lives behind when they left Washington, he said, and when they regained their freedom, they saw little point in returning. Southwest Idaho became their home.

Now a 91-year-old Caldwell resident, Oyama has spent most of his life in the Treasure Valley.

He worked as a farm laborer for a few years throughout southwestern Idaho, he said, until he got a job — along with his brother Jim — working for the U.S. Postal Service. That’s where he spent the rest of his working years before retiring at 62.

These days, he keeps himself busy with golf — he tries to play every Tuesday, weather permitting — and participating in community groups.

Some good things came out of his time in the camp, Oyama said. He met the woman who would later become his wife, Nori Oyama — who passed away earlier this year at the age of 91 — in the Minidoka facility. And his nephew by marriage, Dean Furushiro, also of Caldwell, was born there.

Furushiro was only a few months old when his family left the camp, so he has no memories of it and said it hasn’t affected his life.

But the site where the camp once stood remains as a reminder of the role it played in America’s history.

At its peak, the Minidoka War Relocation Center was home to almost 10,000 people. It was the largest of the 10 internment camps for Japanese-Americans and Japanese immigrants across the United States and the seventh-largest population center in Idaho at the time, according to documents provided by the U.S. National Park Service, which oversees the historic site in Jerome County today.

In the panic that followed the Dec. 7, 1941, attack on Pearl Harbor, suspicions ran high that everyone of Japanese ancestry living in the United States was potentially a spy and might be paving the way for an invasion of the West Coast.

President Franklin D. Roosevelt signed Executive Order 9066 in February 1942, giving the Secretary of War the authority to establish military zones within U.S. borders. A few months later, the order was used as the basis to evacuate people of Japanese ancestry to the camps, where they were held until 1945.

Five miles of barbed wire and eight guard towers once surrounded nearly 1,000 acres of land in Jerome County where thousands of Americans were imprisoned for nothing more than being born into one particular east Asian ethnicity.

More than 600 buildings made up the facility, including barracks for the interned, housing and working space for administration and staff, warehouses, schools, mess halls, recreation areas, retail stores, community buildings, evacuee-run community offices, a 17-building hospital complex and a military police compound.

Few of the facility’s buildings remain today, according National Park Service documents. A former firehouse now used as a barn, and an abandoned root cellar is now in danger of collapsing are all that remain.

Some of the nearby farmhouses in Jerome County may have been built from recycled material taken from camp buildings, but most have been extensively renovated over the decades, making it difficult to tell how much of the original material remains.

Now only informational signs and scattered ruins dot the landscape, now a federal park site north of Twin Falls, telling the story of the War Relocation Center and those who were housed there for three years.

It would be decades before the United States issued a formal apology to those interned and their families. Efforts began as early as the 1960s, but it wasn’t until 1980 that Congress appointed the Commission on Wartime Relocation and Internment of Civilians to investigate the matter.

In 1983, the commission released a report titled “Personal Justice Denied,” available in full at the National Park Service website, concluding that the relocation of Japanese-Americans was driven more by racism than military necessity.

Five years later, President Ronald Reagan signed the Civil Liberties Act of 1988, which provided surviving detainees $20,000 each for a total of $1.2 billion. An amendment to the act, signed into law by President George H.W. Bush in 1992, appropriated another $400 million to ensure all former detainees were appropriately compensated.

And when the federal government formally apologized on Dec. 7, 1991 — the 50th Anniversary of the Pearl Harbor attack — it was Bush who delivered it.

“In remembering, it is important to come to grips with the past. No nation can fully understand itself or find its place in the world if it does not look with clear eyes at all the glories and disgraces of its past,” Bush told the assembled crowd. “We in the United States acknowledge such an injustice in our history. The internment of Americans of Japanese ancestry was a great injustice, and it will never be repeated.”

ABOUT THE MINIDOKA WAR RELOCATION CENTER

• Housed 9,370 Japanese-Americans and Japanese immigrants at its peak

• Largest of 10 internment camps for people of Japanese ancestry

• Seventh-largest population center in Idaho at the time

• Added to the National Registry of Historic Places in 1979

• Administration and residential areas took up about 950 acres, surrounded by barbed wire and guard towers