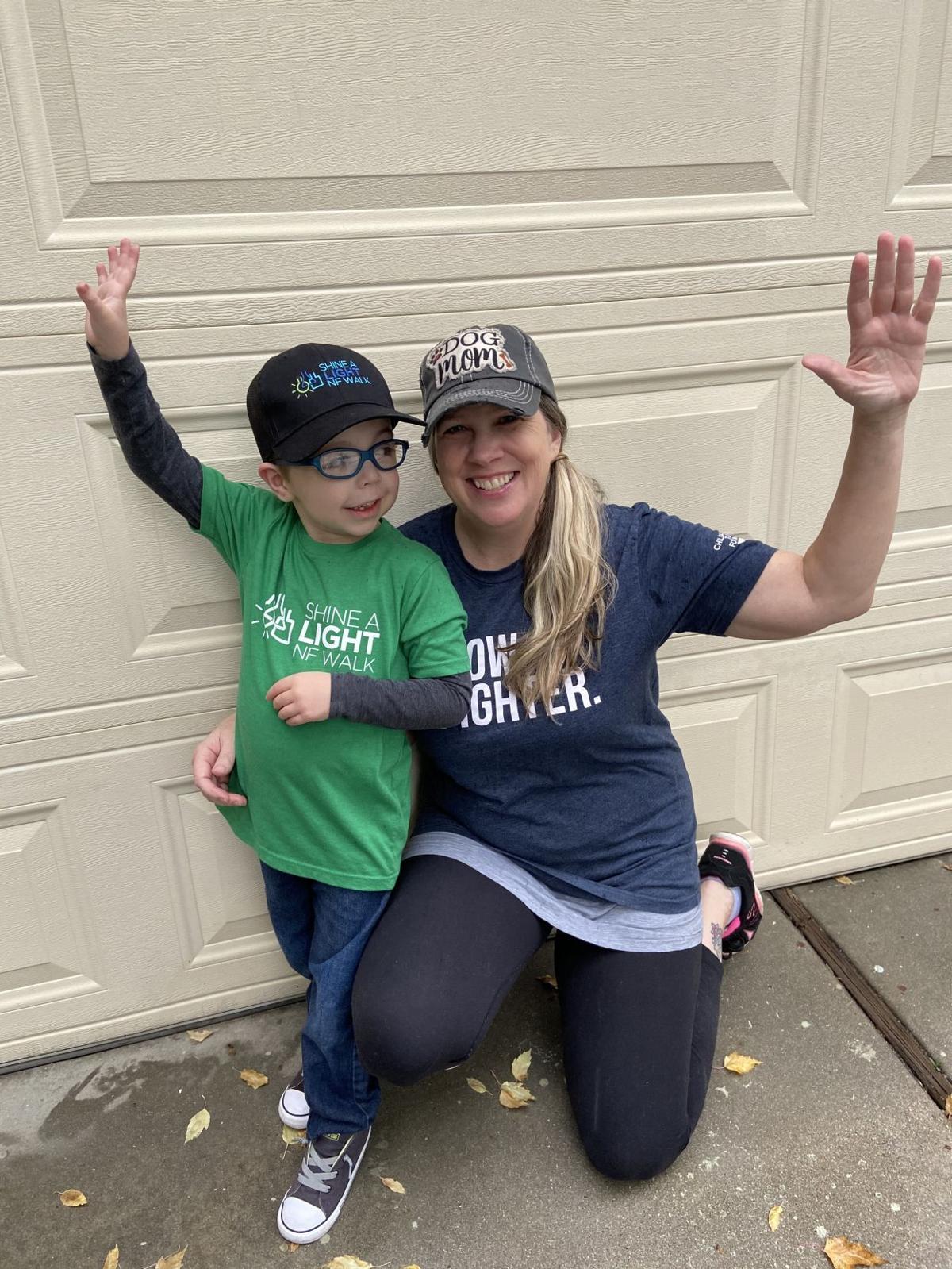 Five-year old Kuna resident Kayden Herrity's health is improving. His family credits a newly approved drug for reducing one of his tumor's sizes by 25%. Here, he and his grandmother Susan Hickman take part in a virtual fundraising event aimed at curing neurofibromatosis, a genetic disorder that Kayden has. 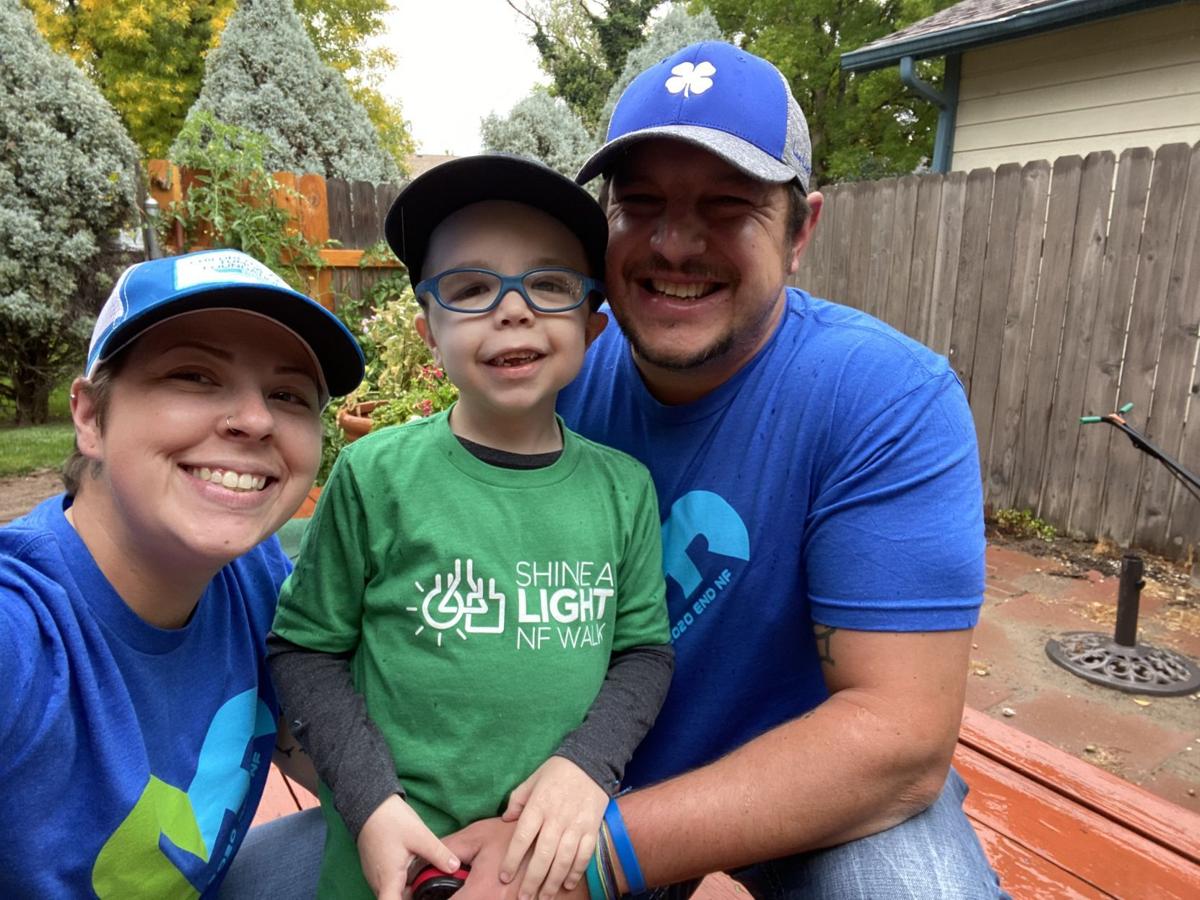 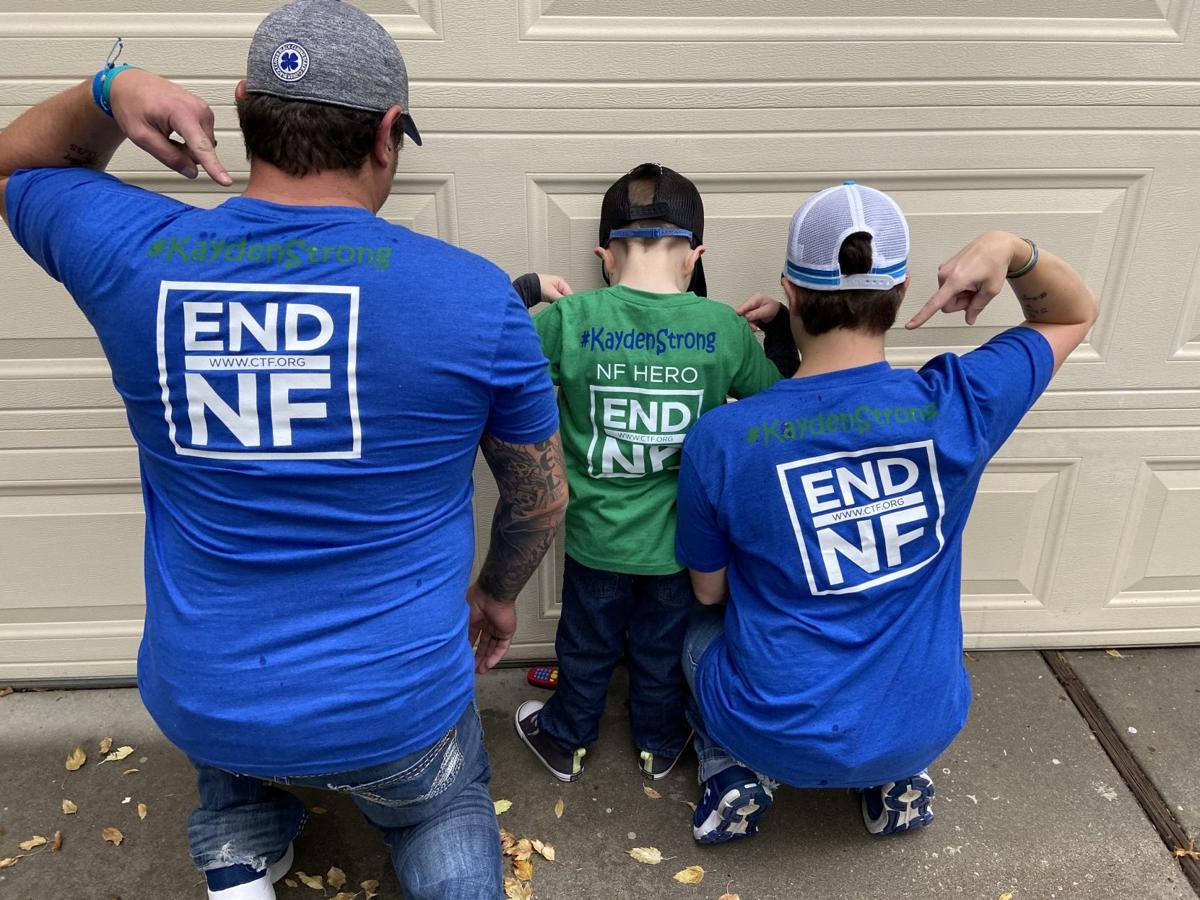 Five-year old Kuna resident Kayden Herrity's health is improving. His family credits a newly approved drug for reducing one of his tumor's sizes by 25%. Here, he and his grandmother Susan Hickman take part in a virtual fundraising event aimed at curing neurofibromatosis, a genetic disorder that Kayden has.

Over the last four years, he’s had MRIs every three to six months, doctor’s appointments up to four times a day and nearly one year of weekly chemotherapy. When he was 18 months old, Kayden was diagnosed with a rare genetic disorder that causes noncancerous tumor growth, setting in motion a string of treatments for a disease that still has zero cures.

Despite a yearslong onslaught of despairing numbers, 5-year-old Kayden, now has a sunnier statistic to share — a 25% reduction in an inoperable tumor around his eye that nearly caused total vision loss and drew at times insensitive, ostracizing comments from strangers.

His family credits his progress in part to selumetinib, a new drug used to treat neurofibromatosis 1, the disorder Kayden has. The Food and Drug Administration approved the drug for pediatric patients in April.

Kayden started treatments with the then-trial drug about two years ago, as a “last hope” for saving his vision, his mother, Amanda Herrity, said. This followed six-months of IV chemotherapy treatment.

Switching from weekly IVs to daily pills, Kayden has enjoyed better health and lessened side effects on the new medicine.

The new treatment has been a bright spot for the Herrity family as they live through a pandemic that strikes heightened fear in those with weakened immune systems.

That includes Kayden, because, like other chemotherapy drugs, the medicine that has eased the swelling of one of his tumors has also depleted his immune system. Most children with COVID-19 have bounced back quickly, his mom acknowledges, but she doesn’t want to test the health of her son, her husband or herself, who all have medical conditions that make them more vulnerable to the virus. For her son especially, contracting the virus would trigger yet another set of unknowns.

“His oncologist and I didn’t want to find out” what would happen, she said.

Her husband, Shaun, works as a medical assistant at St. Luke’s, but Amanda and Kayden have spent most of their time at home quarantining since March as she works from home and takes Kayden to virtual doctor’s appointments. That has kept the family safe from the coronavirus pandemic, but has also physically and socially isolated them at a crucial time for Kayden to be with other children after a recent diagnosis that placed him on the autism spectrum. That isolation is only amplified by the parents’ difficult decision to keep him out of in-person classes this year, when he otherwise would have started kindergarten.

“It’s hard because it’s important for him with his developmental delays. Being around other kids helps him with his social skills,” his mom said. “He loves to be around kids.”

Though the pandemic has proved difficult, online options have given Kayden access to online speech therapy, which “is going great,” his mom said. Video calls have also let him and his mom continue to see friends after seven months spent mostly in their Kuna home.

Virtual options even allowed the family to participate in the Children’s Tumor Foundation “Shine a Light” Walk, a fundraising effort they took part in last year in person at the Scentsy Commons in Meridian. This year, the digital “social media party” version of the event lacked the superhero costumes and new friends that Kayden loved last year, but still bound a community of Idaho residents driven to support a cure for the disorder together.

The family has avoided Roaring Springs Waterpark and the Boise Zoo, which Kayden loves visiting, but they’ve found outdoor activities like fishing helpful in breaking up the monotony of quarantining.

“The little bits of normalcy are big,” his mom said.

Some of those little things include everyday joys like watching Kayden play with toys modeled after the Disney movie series, “Cars.”

“He’s got such a huge imagination,” she said. “He can just sit there for hours and just recreate the movies with his cars.”

She adds her son’s personality and resilience drive her when circumstances become difficult.

“I absolutely love it,” she said. “He’s always laughing. He always loves to make other people laugh. He just seems like nothing gets him down and he gives me so much strength. When I was taking him to chemotherapy appointments, sometimes I felt overwhelmed and didn’t think I could do it, but then I see him and I know if he can keep doing it, I can keep doing it.”

Her mother and mother-in-law attended many of those long Thursday appointments with her, as her husband often couldn’t get time off work.

“He hates it. He absolutely hates it,” that he can’t come to more appointments, she said.

The family doesn’t know what’s next for neurofibromatosis treatment, but they’re focusing on raising awareness whenever they can.

“We want to get through this and for more people to know what people with NF’s lives are like and what they go through,” she said.