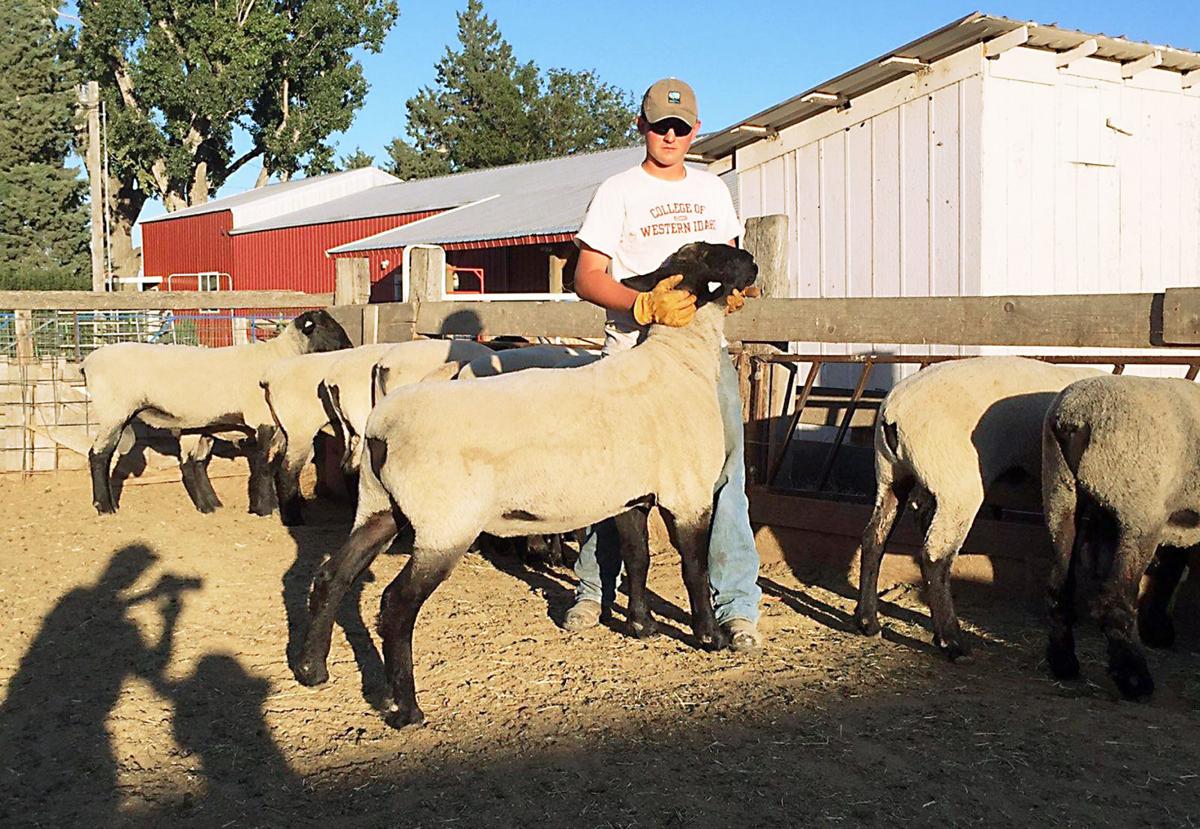 Ross Blattner, who grew up on a farm in Kuna, is studying agriculture systems management at the University of Idaho with the help of a scholarship from the Idaho Irrigation Equipment Association. 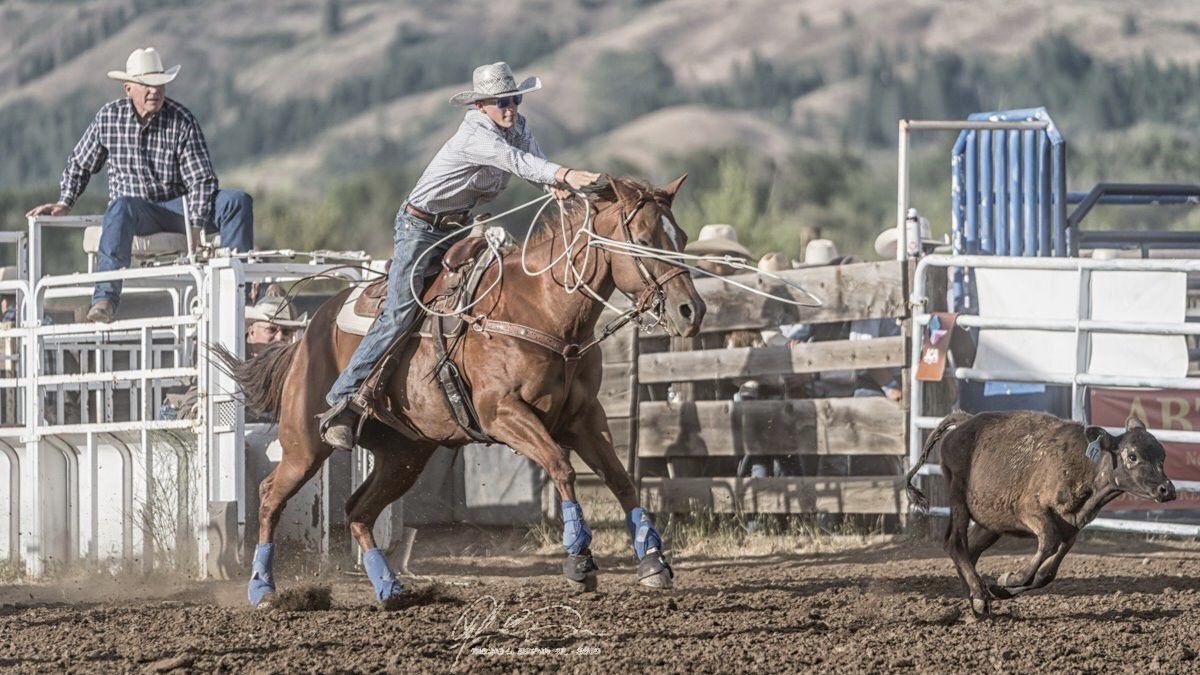 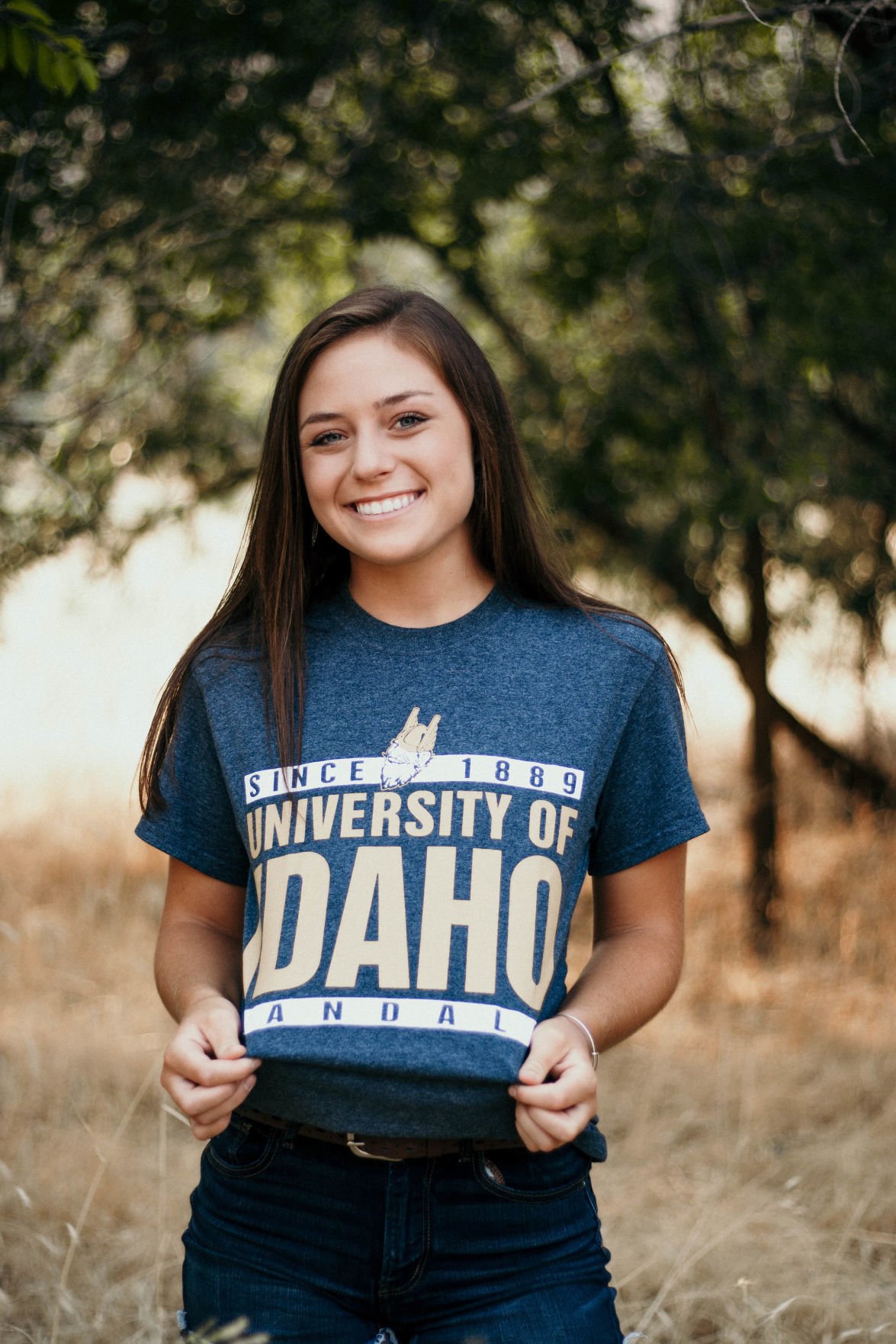 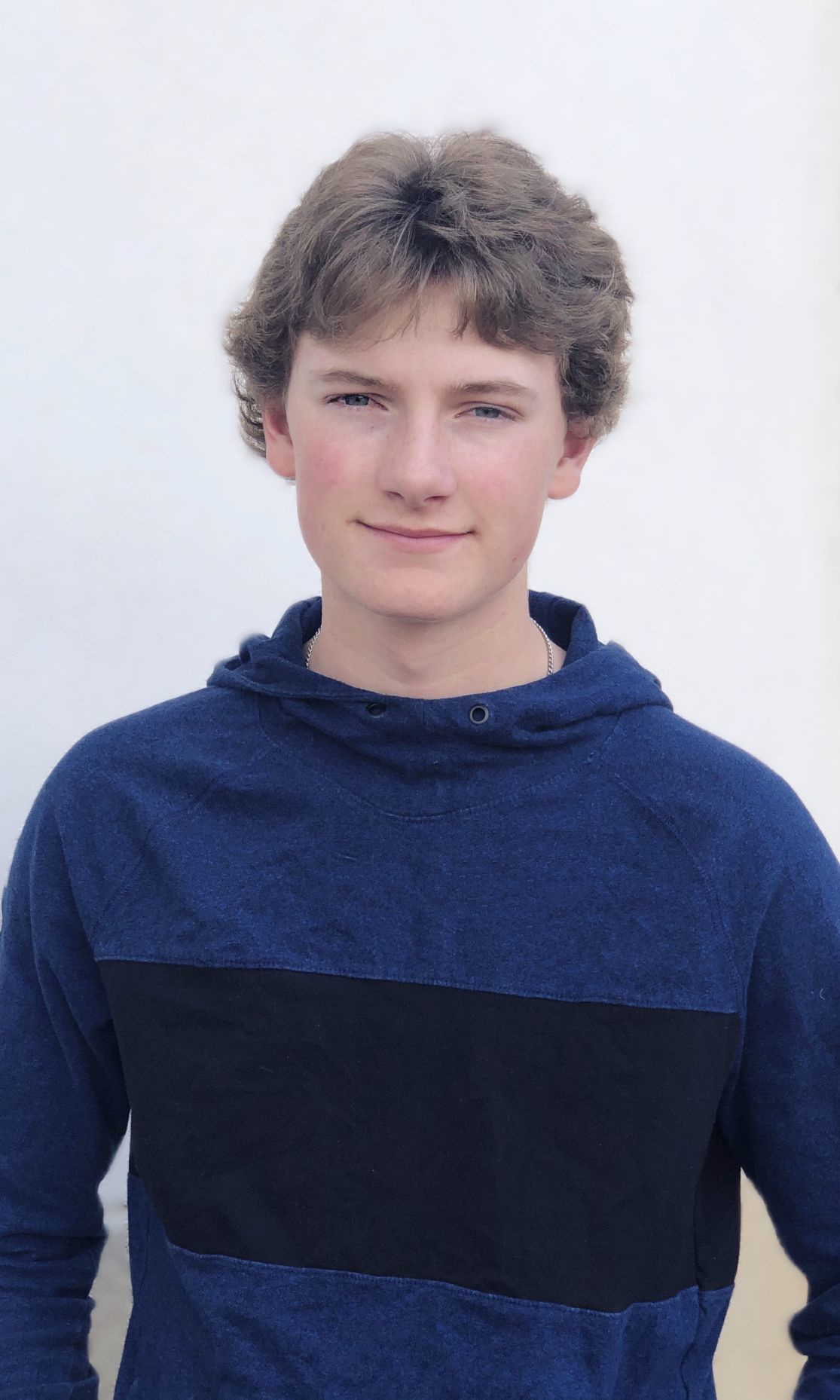 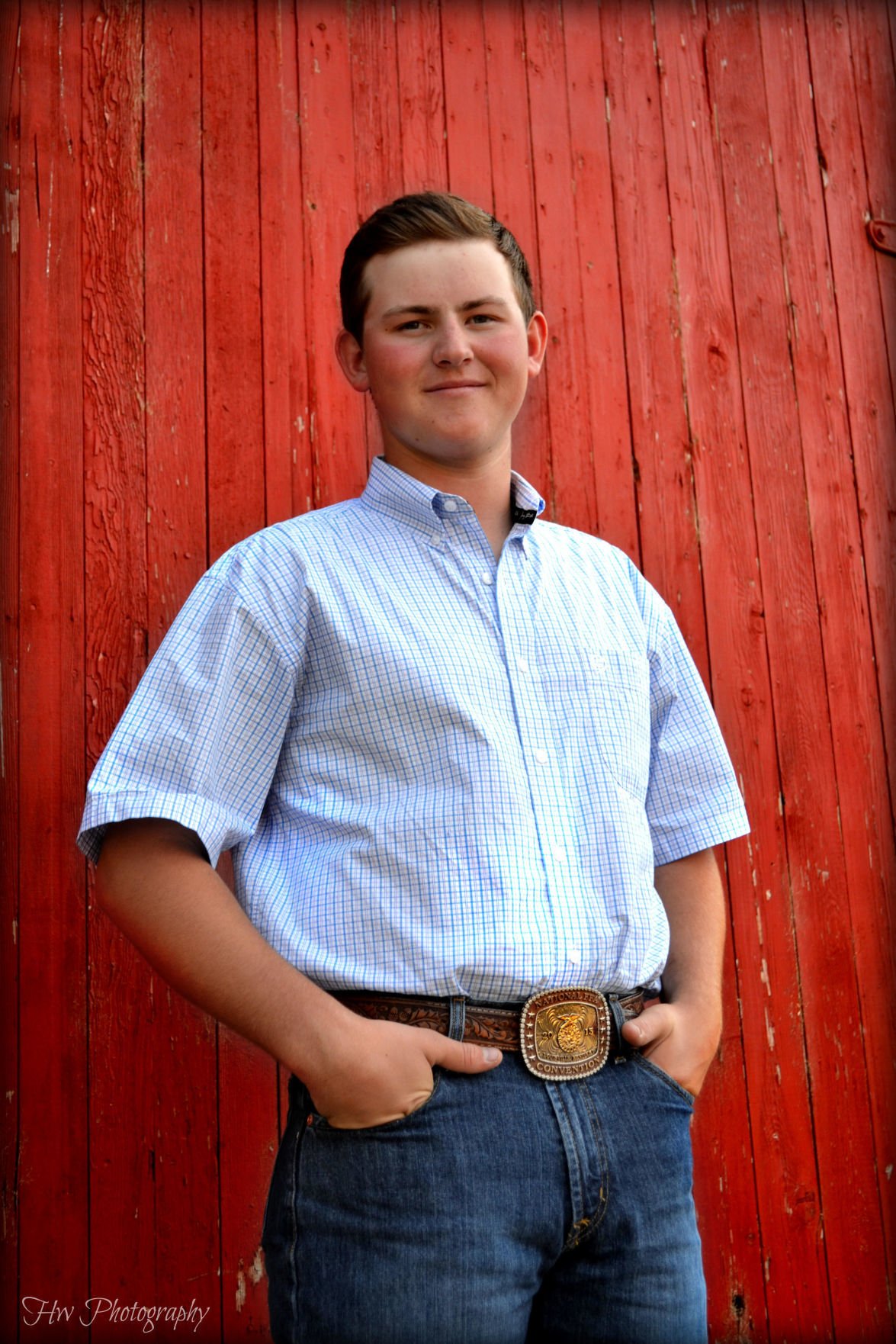 Ross Blattner, who grew up on a farm in Kuna, is studying agriculture systems management at the University of Idaho with the help of a scholarship from the Idaho Irrigation Equipment Association.

For 21 years, Kuna High School graduate Ross Blattner has been around agriculture. Growing up on his family’s farm outside Kuna — the town where his ancestors have lived and worked for around a century — his interest in agriculture is deep-seated. After winning a scholarship to support his college study of the trade for the fourth year in a row, he won’t have to give up his passion any time soon.

Blattner is one of three Kuna High School graduates who earned scholarships this month for their involvement in and dedication to Idaho agriculture. The scholarships are awarded each year by the Idaho Irrigation Equipment Association to students pursuing degrees related to irrigation and agriculture more generally.

Majoring in agriculture systems management at University of Idaho, Blattner sees the education that the scholarship has helped fund as key to his career goals. Having just completed his junior year, he realizes that his farming background taught him much of what he’d later hear in the classroom, but there are parts of having a degree that he sees as essential.

“If you have a lot of loans coming out of school, it makes it a lot more difficult to start your life,” he said. “I’ve seen that with a lot of different people. They get a degree that doesn’t really have a viable employment after, or you could have just done straight out of high school. Having a college degree does help nowadays in getting a job and moving up in the company, and I’ve seen that from a lot of people that I’ve known and contacted over the years here.”

His freshman year, a professor asked him and his classmates to call program alumni and see how they’d fared after graduating, and Blattner says their success and his conversations with them showed how valuable agricultural education can be for career advancement and networking.

He knows a bit about networking himself. Before college, Blattner assembled a loaded resume while participating in FFA competitions. He locked down gold individual awards at nationals in meat, agronomy (the science of field management) and livestock evaluation. Those accolades were rounded out by a nationals win in diversified livestock proficiency that landed him a paid-in-full trip to Ireland to check out international farming techniques.

Blattner’s farming past is not unique to this year’s award winners, though. After graduating from Kuna High this spring, Wyatt Skovgard is headed to College of Southern Idaho with a welding class, years of FFA and 4-H participation and a lifetime of riding horses under his belt. His true passion, though, is rodeo competitions. He didn’t start rodeo competitions until his sophomore year of high school — as a freshman he was only 95 pounds, a size that would have made flipping 200-calves in competition a challenge — but since then, he’s earned a spot on his future college’s team.

“College of Southern Idaho is one of the top intercollegiate rodeo teams in the country,” he said. “It is a very competitive team, and I honestly didn’t think I would make the cut. I applied at several other schools across the country, but I’m so blessed that I get to be so close to home with one of the top programs in rodeo.”

Competing with the team promises financial challenges, though. Skovgard is planning to live off campus in Twin Falls so that he doesn’t have to pay for a meal plan that he won’t use while he’s traveling. However, the often forgotten costs of living and books remain, and he’s excited to use the scholarship money he won toward those expenses.

Blattner and Skovgard join 2018 Kuna High grad and current University of Idaho student Jennifer Ball in winning this year’s awards. The three are among the 37 Idaho Irrigation Equipment Association scholars who won between $500 and $1,000 this spring. Winners were picked after association members met in early March in Twin Falls to read application essays aloud and make their picks, association secretary Tondee Clark said.

The winners are especially excited by even the possibility of a return to in-person classes this fall after COVID-19 concerns pushed classes online. Skovgard’s senior year of high school changed drastically after going online. He will still be able to compete at the Idaho High School State Rodeo competition in June, but some parts of his senior year couldn’t be recovered. The welding class he was in, for instance, was never the same once hands-on experience became impossible with the shift online.

After two years of mostly general education classes, Blattner found himself losing out on field experience right when he got to start taking the classes that attracted him to college in the first place.

“It was terrible. Absolutely terrible. … Finally you start to get into stuff that you enjoy learning about. For example, a tractors class, how do you do a tractors class online? It was ridiculous. I was pretty irritated about that,” he said.

He said he’s grateful for the hand-on labs he’s been able to experience, though. First semester, he was able to take a class on precision agriculture that included learning to use drones to survey crops for pests and irrigation needs.

Blattner is excited to use his renewed scholarship this fall to take a class for his agriculture business minor where he and classmates will trade financial products in real time using funds provided by the college.

The scholarships are funded by profits from Idaho Irrigation Equipment Association events and private donations. Since 1980, the association has awarded 804 scholarships totaling $489,000.