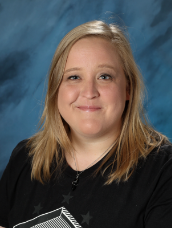 Shelley Hopkins is the Kuna Education Association president and was Kuna Grange’s 2019 Teacher of the Year for her work as a language arts teacher at Kuna Middle School.

Shelley Hopkins is the Kuna Education Association president and was Kuna Grange’s 2019 Teacher of the Year for her work as a language arts teacher at Kuna Middle School.

Facing a state education budget cut and an expected decrease in enrollment, the Kuna School District is freezing pay, eliminating positions and laying three classified workers off to help fill the $2.2 million hole anticipated for next year’s budget.

The board will hold a budget meeting June 30.

The Kuna school board made the payroll decisions on June 9, and administrators finalized initial layoffs in the following weeks to counteract a 5% holdback of state education funding and what the district expects to be a 2% hit to enrollment based on parent surveys.

Of the roughly 160 classified staff who have been furloughed since last April — hourly workers who drive the district’s buses, manicure its lawns and maintain its buildings — three will be laid off, and the rest will have their pay frozen.

“While we want to bring back all of our furloughed employees … we realize it may not be possible to bring them all back,” David Reinhart, assistant superintendent of school services, said in a video on the district’s Facebook page.

The district will freeze pay for administrators, along with some teachers, and will not fill two or three administrative positions. Raises, however, will still be awarded to teachers making under the new state minimum $40,000 and to teachers who received a master’s degree.

“It’s been a really long road, and it’s a road full of obstacles, but we’re working to try to continue to make educator pay professional and to continue to grow along those lines,” she said.

Pay freezes will be in place for a majority of teachers, though, which Reinhart said is an effort to have resources “go to the classroom.”

“It’s frustrating to have to slow that down for what hopefully just amounts to a year, but it is what the collective group thought was fiscally responsible given where we’re at financially,” he said.

The district is also holding off on hiring new teachers until August, when its enrollment numbers will come in and determine how many state dollars it receives for the 2020-2021 school year. Reinhart said a 2% decrease in enrollment is a “conservative estimate,” based on past survey results.

Based on a survey conducted in May, 4.1% of families would not be open to sending their children back to any form of in-person classes in the fall out of concern for vulnerable populations within their home. In May, 25.5% of parents surveyed were still unsure whether they would. A majority of concerned parents said they would be open to online options provided by the district, though 70 of the 2,113 parents surveyed responded “other” to whether they’d be comfortable with online and paper packet learning options. It’s unclear whether those parents plan to homeschool their children or look for online options outside of the district, as written answers to the survey were withheld to maintain anonymity.

Five or six first-year teachers may not be brought back, pending enrollment numbers, Westfall said.

The Kuna Education Association, the local teacher’s union, gave the school board two options. One would have included zero copay for employee health insurance, but would have frozen salaries for teachers who furthered their education through things like M.A. programs. The board opted to choose another option, which tacked on $25 copays but will allow for those pay raises. In addition, the added benefit of free telehealth visits will be made permanent for employees after the district temporarily made them available in light of the coronavirus pandemic.

The board’s calls on pay and benefits for the upcoming year have been finalized as part of a master agreement negotiated by the education association. The district’s budget, however, won’t be sealed until June 30.

The current budget proposal would see cuts to teacher supply funds, travel and overtime pay among other changes, though all those decisions will be up in the air until the budget vote.