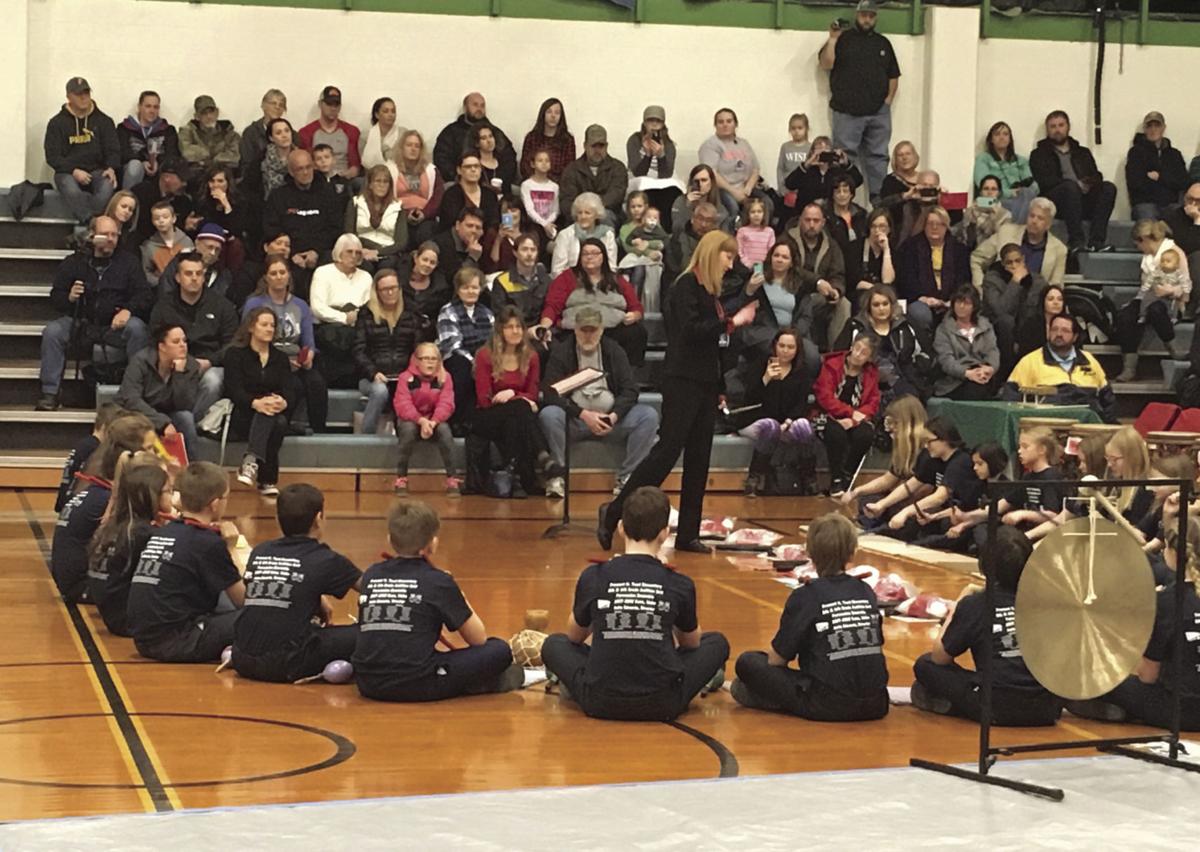 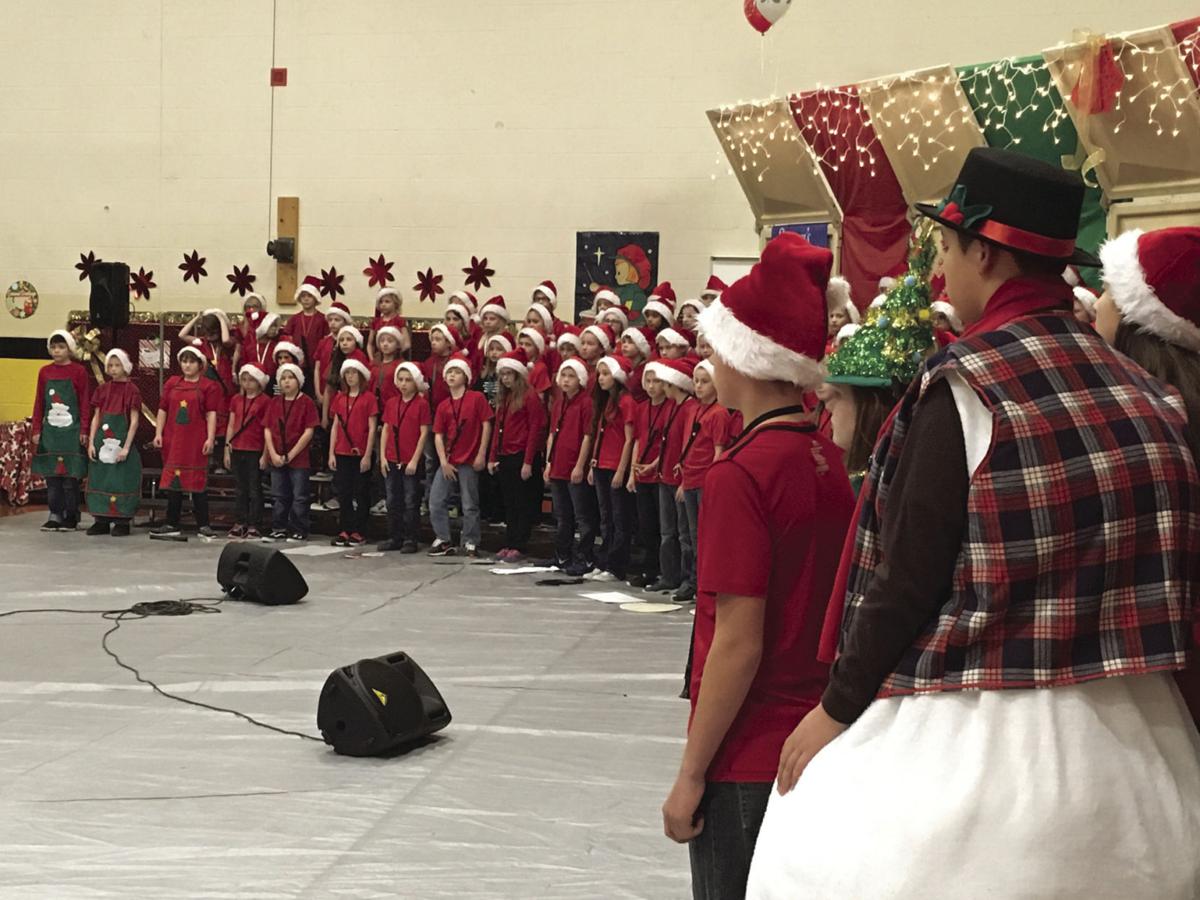 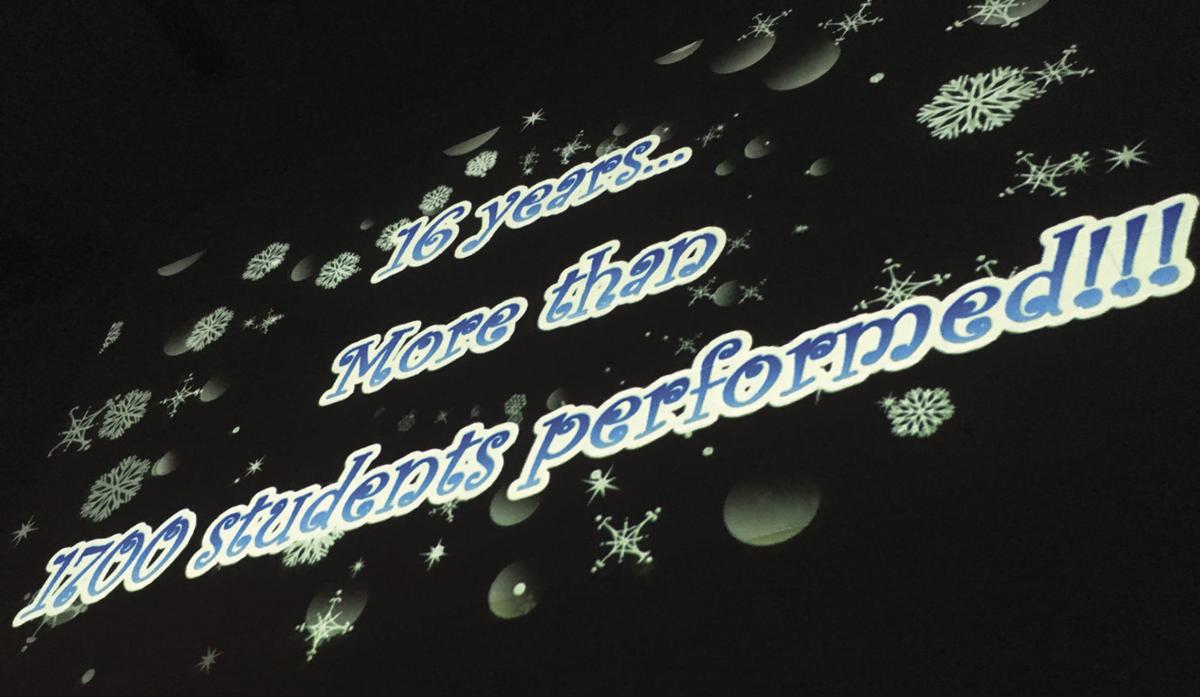 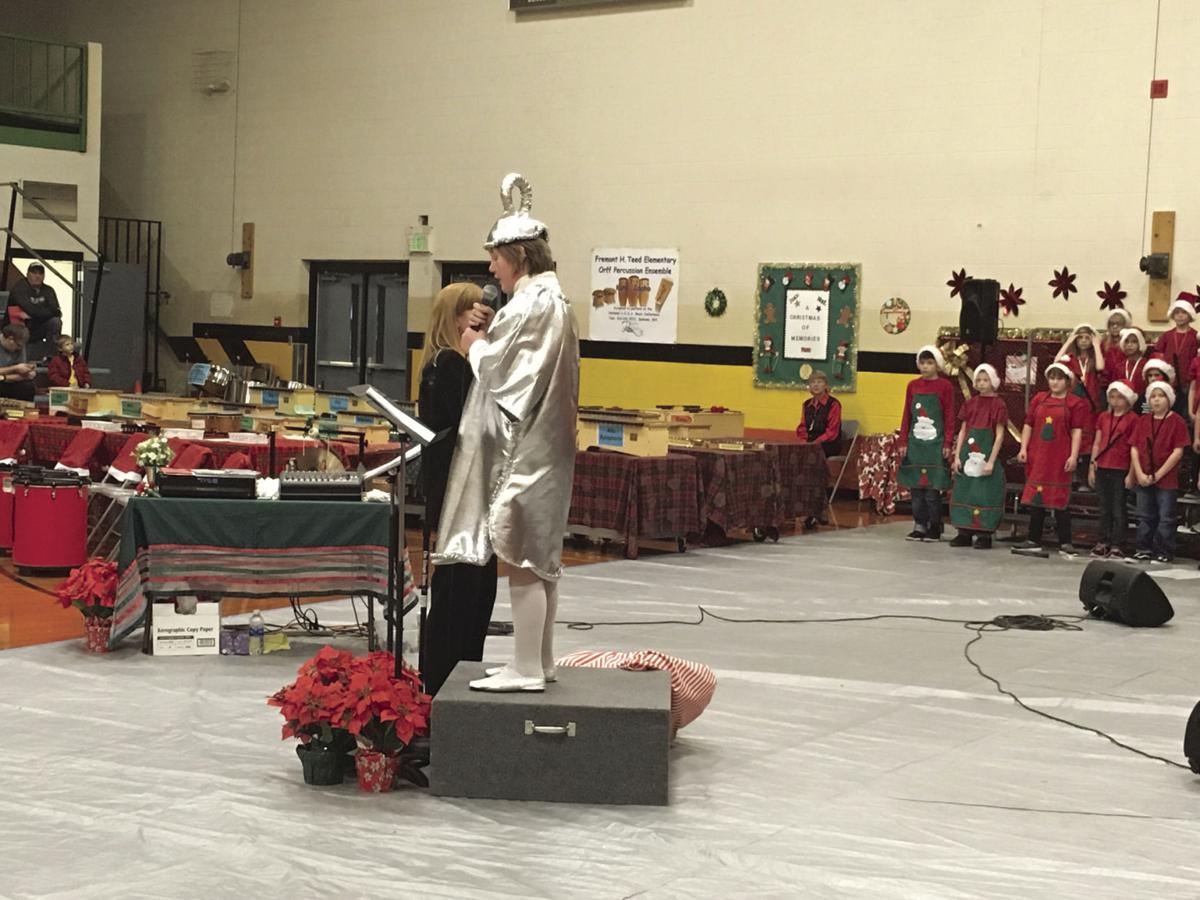 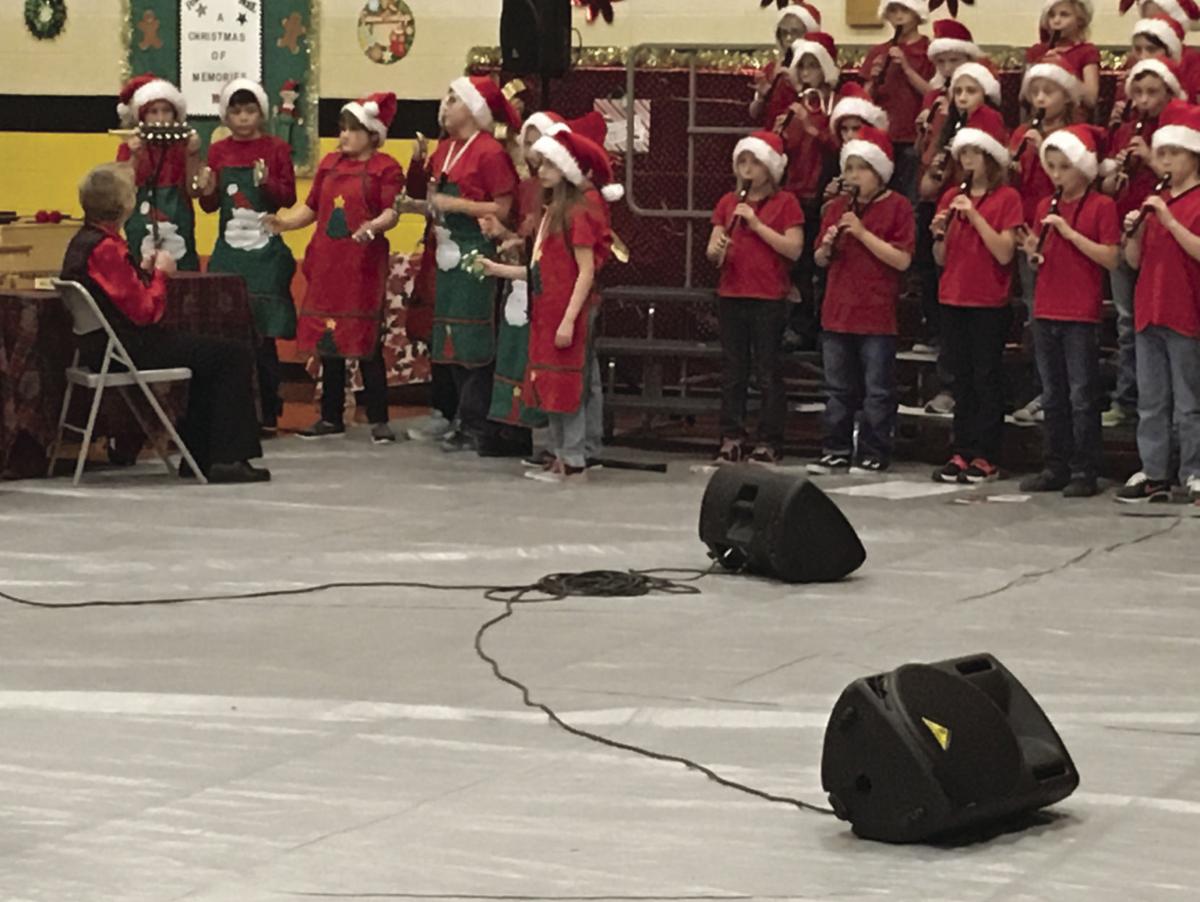 Over 1,700 students, 23 newspaper photos, 16 program designs, 16 years, one teacher, Anita Edwards. Edwards held a tissue to her eye as she stepped up to the microphone in front of several hundred concert attendees.

“I’m really proud of my students,” she said to those gathered in the Teed Elementary School gym. “They did great.”

A few stood as “A Christmas of Memories” Christmas concert, the final concert of its kind, ended around 2:15 p.m. Friday, Dec. 15. Next year, fifth- and sixth-grade students won’t be together anymore, as Teed Elementary School will be Teed Middle School, holding sixth- through eighth-grade students.

The fifth- and sixth-grade percussion group is one of only two in the state of Idaho, according to Edwards. She said most elementary schools opt for choirs.

“I wanted to do something different,” Edwards said.

In 2003, just over a year into her time at Teed Elementary School, Edwards was at a conference when she saw an elementary school percussion group perform.

She ran the idea by her principal at the time, Ken Lilienkamp, who supported the idea.

The percussion group met 7:15-8 a.m., before school, Tuesdays and Thursdays. Fifth- and sixth-grade students had to audition to be part of the group, and show, academically speaking, that they could handle the extracurricular activity.

Students showcased musical talent on a variety of instruments, including drums, xylophones, Caribbean steel drums, glockenspiels and bass bars. The first year had about 15 students. The past few years, there have been about 30 students.

The students loved the percussion group, Edwards said, especially those who needed a higher level of music to learn.

Edwards is the last remaining original teacher of Teed Elementary School. She’s not sure where she’s going to go next academic year. She has taught in the Kuna school district her entire career.

Edwards said the district is working hard to place teachers and staff where they want to go. For Edwards, that could be a band at Teed Middle School, elementary school music, or administration.

“I have a lot to think about,” she said. “I won’t be completing the survey until after Christmas. I’m really sad it’s over, but as the saying goes, nothing lasts forever.”

Edwards said she and her husband had new, thicker carpet put in their house during the summer of 2016.

“As we were preparing to have the carpet laid the rhythms starting rolling around in my head,” Edwards said. “I wrote them down and ended up with eight different parts.”

The students gave some input on the drum piece’s performance, including which drums, non-pitch percussion and mallet instruments to use.

“Then we came up with using the sample carpet squares and rhythm sticks as another added part (with speaking parts),” Edwards said. “Some of the sayings and rhythms were, ‘Big spill hurry wipe it up,’ ‘Oh No! Kitty hair,’ and ‘Mud on your shoes again?’”

To prepare for the concert, starting in October, students had to memorize music pieces, songs and poems, practice with their props and costumes, and, of course, rehearse.

To close the performance, Edward’s husband, Travis, put on a slide show of all the programs created over the 16 years, as well as news photos and coverage of past concerts.

Edwards gave a special thank you to her husband and her mother, who has always made the costumes. Edwards also thanked the maintenance department for setting up the gym just right for the students.

Finally, Edwards is thankful for parent and community support over the 16 years of the Teed Elementary School Christmas Concert.

“That’s a big one for me ... choosing to stay in Kuna,” Edwards said, “because of parent support, community support, classroom teacher support, like extra rehearsals… it’s very helpful to a student to have support like that.”