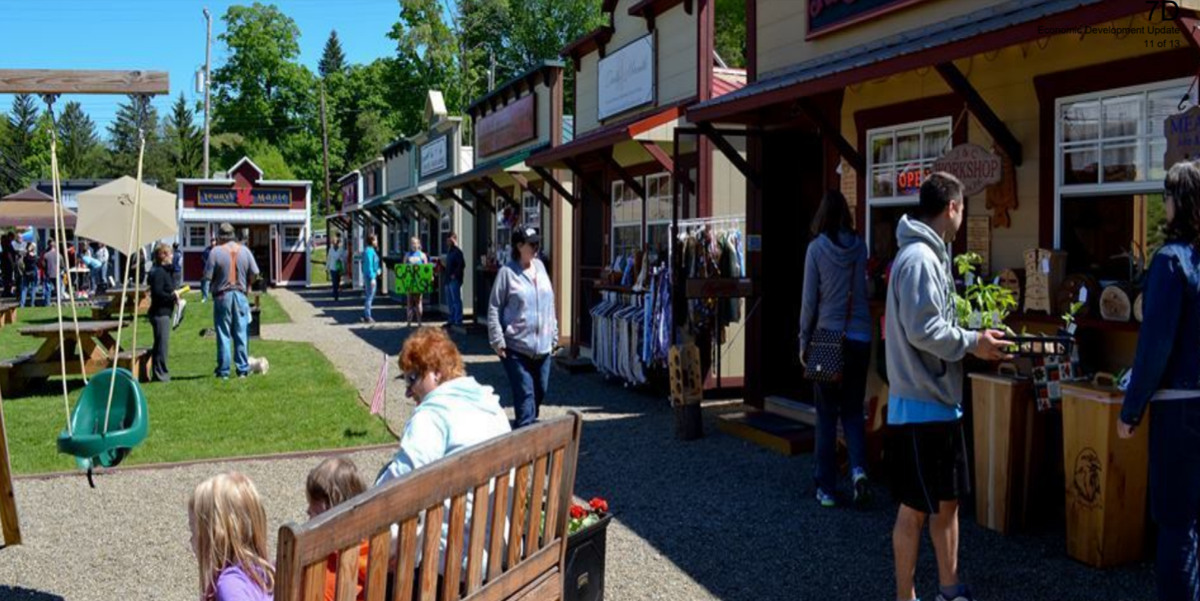 Kuna is modeling its new pop-up village after similar projects elsewhere, such as this one in Tionesta, Pennsylvania. 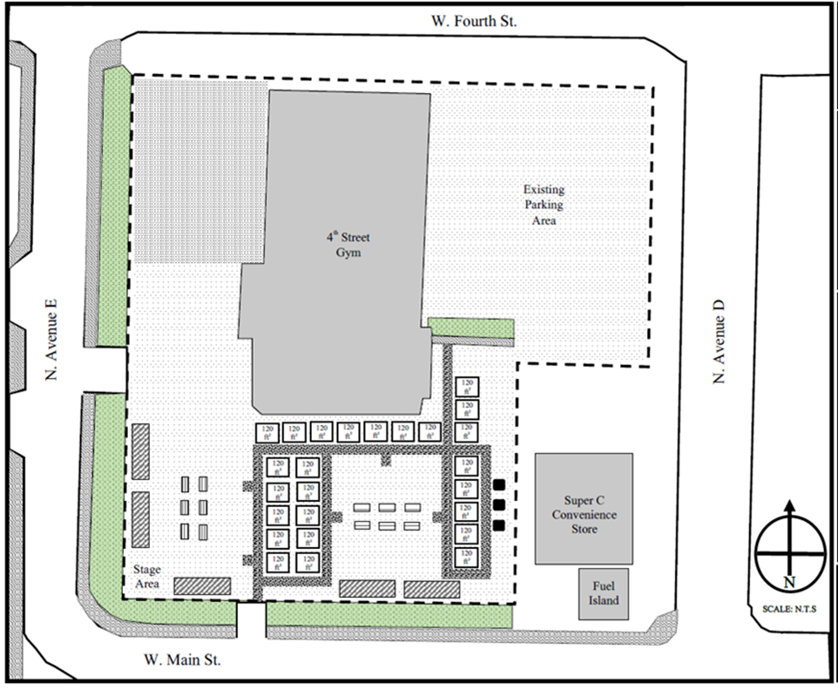 The Kuna Market Village is set to open in the 4th Street Village Courtyard.

A mock up of the mini shops set to open at the Kuna Market Village in the spring of 2021.

Kuna is modeling its new pop-up village after similar projects elsewhere, such as this one in Tionesta, Pennsylvania.

The Kuna Market Village is set to open in the 4th Street Village Courtyard.

A mock up of the mini shops set to open at the Kuna Market Village in the spring of 2021.

The Kuna Market Village, a seasonal outdoor shopping center planned for Kuna, is set to pop up with a dozen spots for small businesses in May.

The “pop-up” village will turn sheds into storefronts in the 4th Street Gym Courtyard on land owned by the Kuna School District, the city’s partner in the project. It will consist of 120-square-foot mini retail shops, produce stands and plaza areas where the community can congregate, shop, feature local art, enjoy food trucks and host concerts and special events. The village is set for a soft opening May 21; it will be open Friday through Sunday from June 4 through Sep. 26 annually.

“If you look at our city’s comprehensive plan, one of our goals as a city is to be economically diverse and vibrant,” said Kuna Economic Development Director Lisa Holland, who first floated the idea a year ago. The city hopes to achieve both with the new commercial block.

The village is meant to be “an incubator for small businesses,” she said. It will be limited to small businesses selling local products, with one retail spot reserved for a veteran-owned business.

“Kuna is still a really entrepreneurial community. The goal of the market village is not to drive up our property tax base, but to give them a low risk starting place … at least initially,” Holland said.

In partnership with Idaho State University and Home Depot, 48 students — mostly high school seniors in the Kuna area — will join volunteer contractors for a two-day building event coined a “Construction Combine” on May 6 and 7. Contractors will teach students construction skills on the first day and help them assemble the retail sheds on the second. Builders also plan to hire graduating students onto their staffs after training them, Holland said. Veterans with construction experience or a desire to attain it can participate, too, either advising students or learning alongside them.

The village project has already received $20,000 in donations from businesses, and the city hopes added grant funding and donations will help cover material costs. Holland is proposing business owners pay $290 a month to set up shop, though fees won’t be finalized until Kuna City Council takes them up April 6.

Holland first proposed the idea in an economic development report last March, which revealed how proportionally big Kuna’s small business community is; as of June, over 100 Kuna businesses are operated out of people’s homes. Further, 61.8% of Kuna businesses have between one and four employees, which makes building brick-and-mortar locations unaffordable and unfeasible for many local sellers. Renting also remains out of the question for most, since the city’s rapid population growth has made existing commercial space increasingly scarce.

That scant retail space may play a part in how many Kuna dollars are spent in neighboring communities as commuters bounce between Nampa, Boise and Meridian. As Kuna residents cross city lines and take their wallets with them, around $175 million leaks out of the city. That’s about 57% of Kuna’s retail spending, according to 2018 data from the Gem State Prospector, Idaho Commerce’s economic discovery website. The city hopes to keep more money in Kuna by increasing its stock of low-overhead retail spaces.

“We see great potential in the ability to help our home-based businesses, create a community gathering space, and bring additional vibrancy to downtown Kuna,” Holland wrote in a past report.

Students, veterans and building contractors can apply to participate in a "Construction Combine," in which builders will volunteer to teach high school upperclassmen and veterans construction skills as they build sheds for the Kuna Market Village. Students and veterans can sign up for the event here and volunteers with building experience can sign up here.