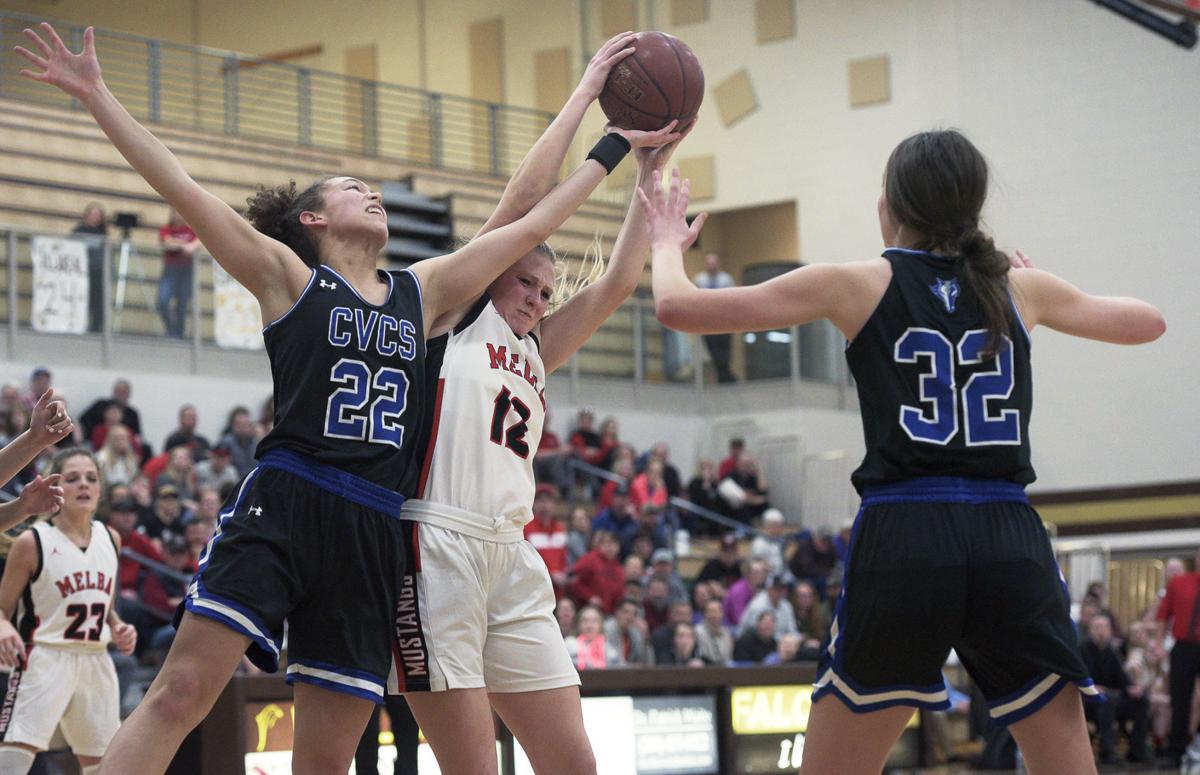 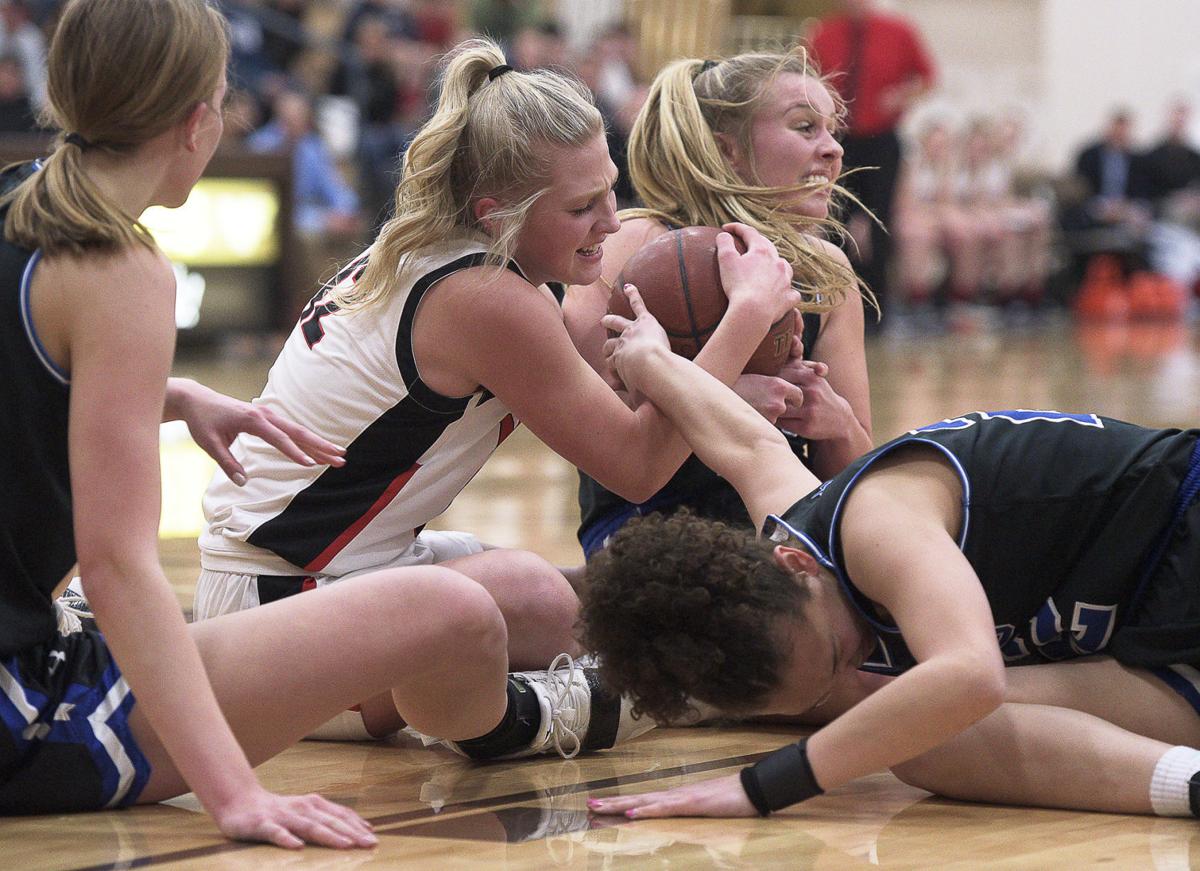 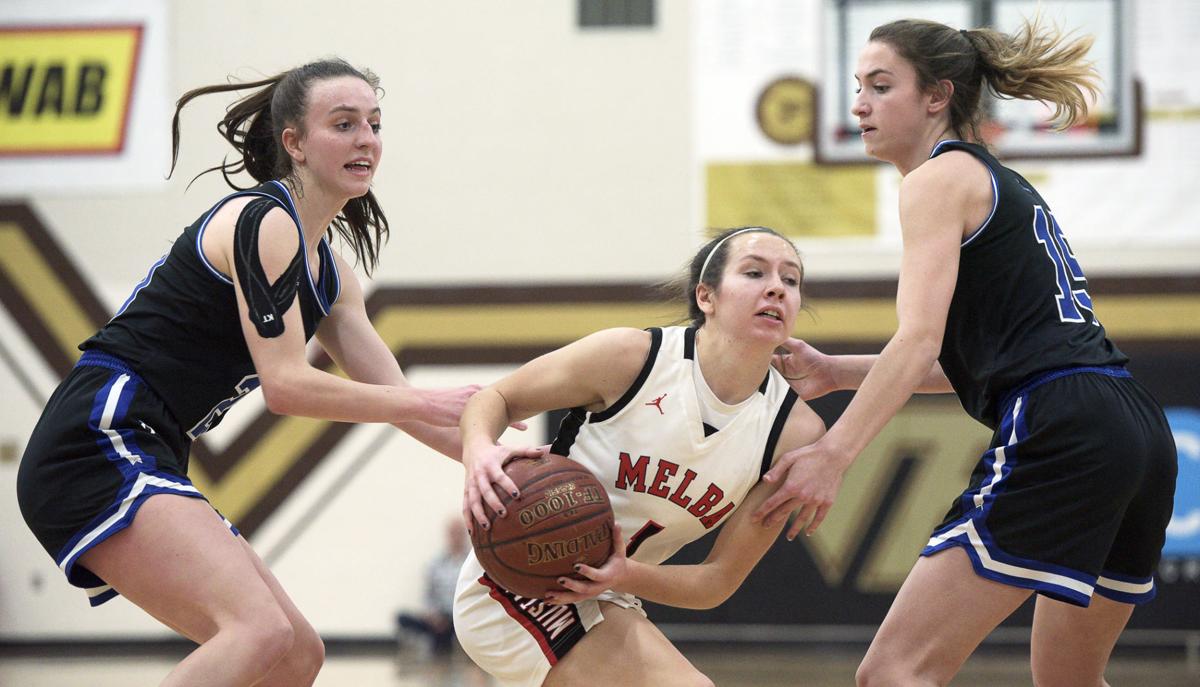 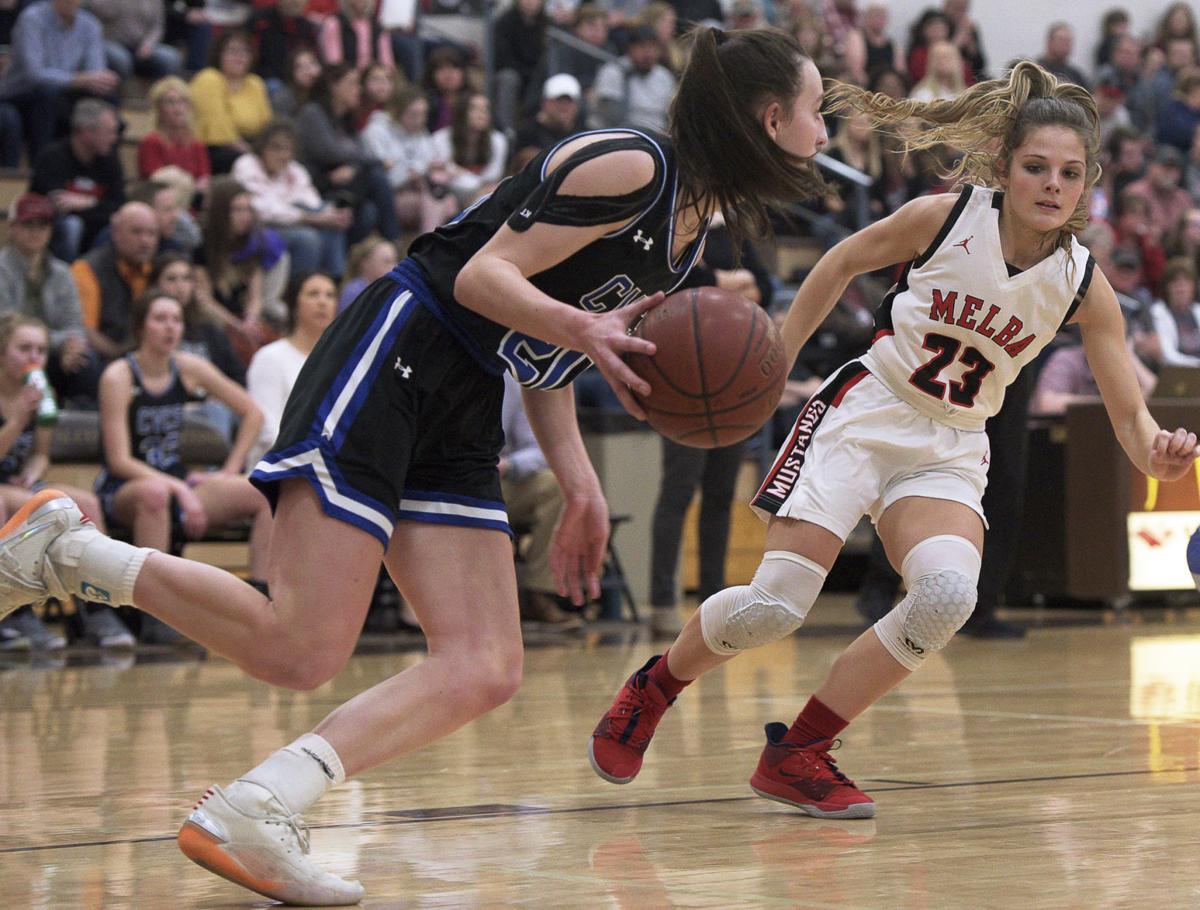 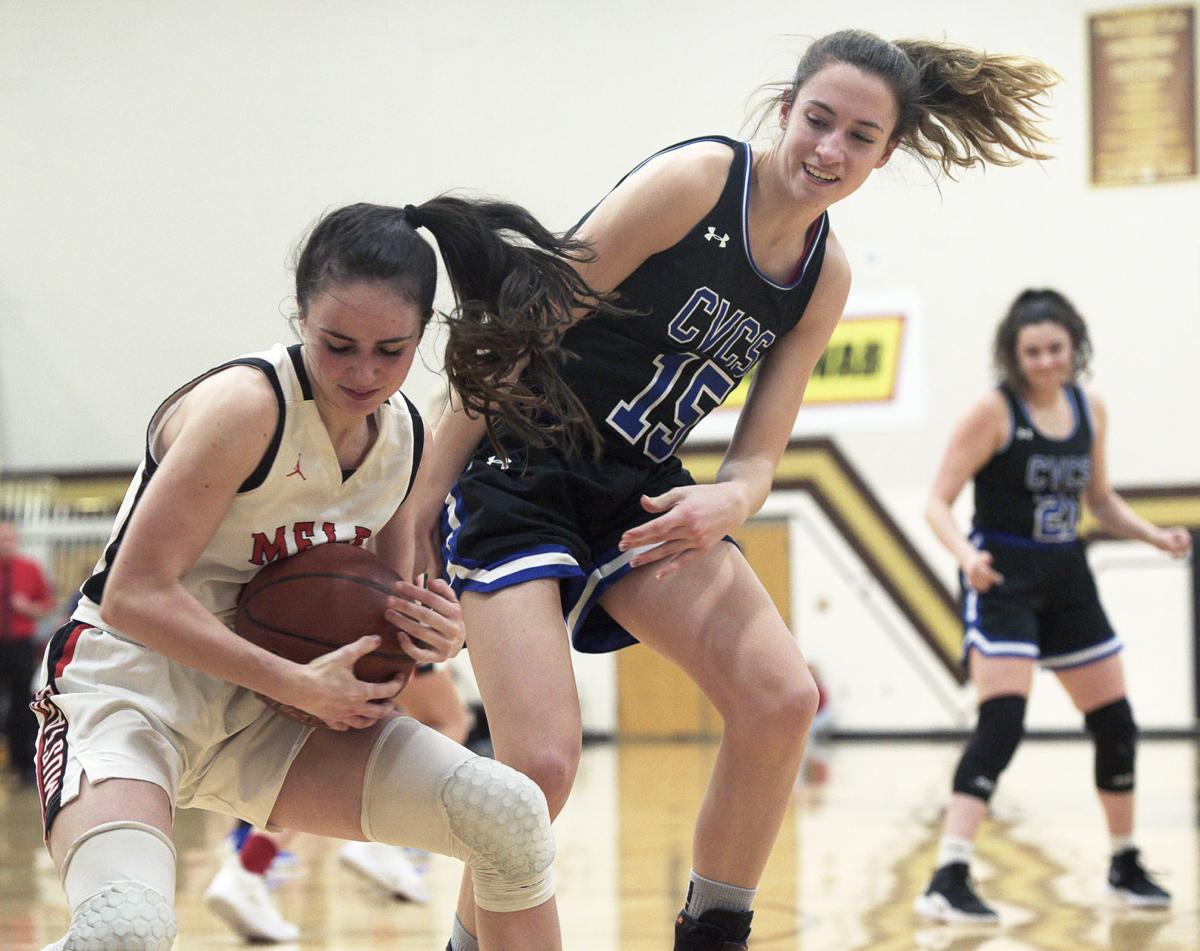 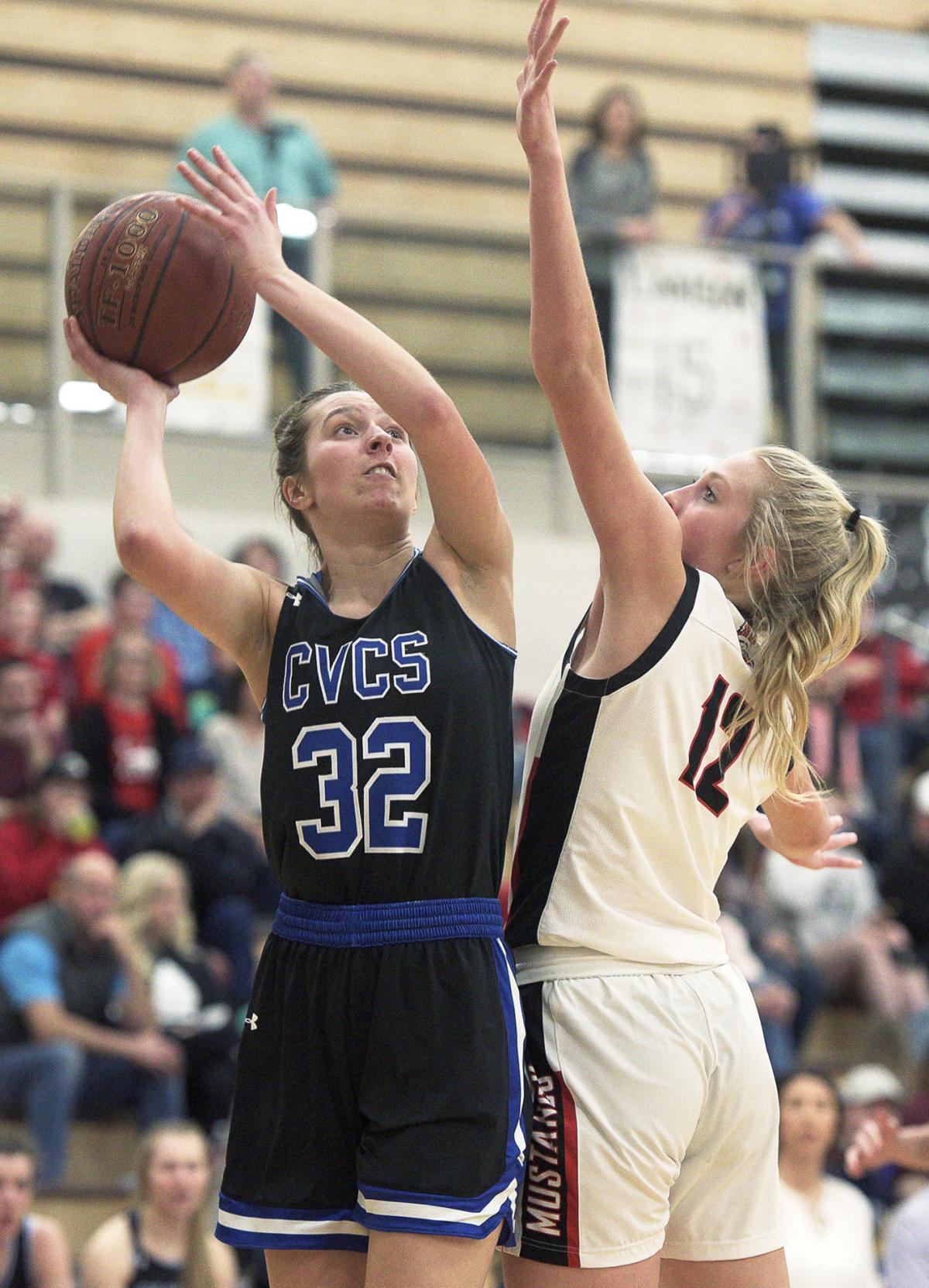 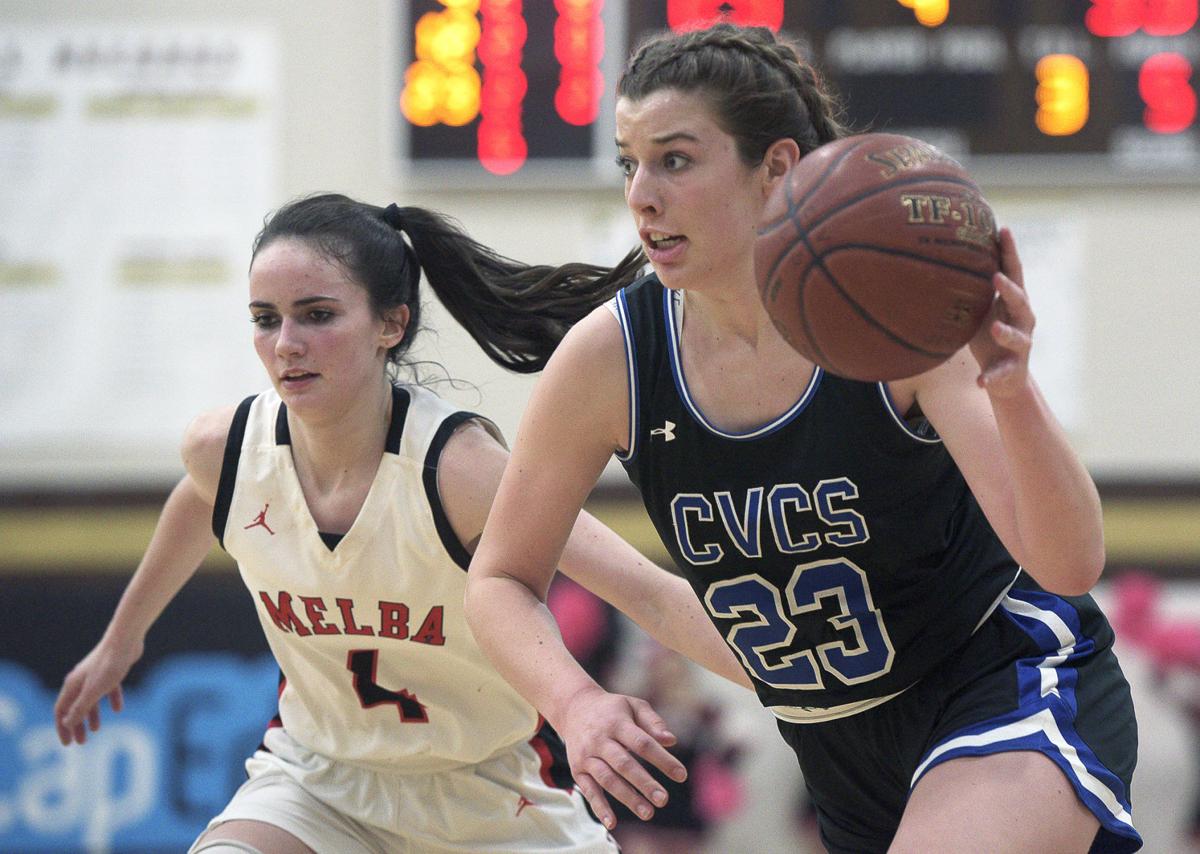 CALDWELL — Madeline Cooke had her photo taken several times with it.

The 2A District III championship plaque that is.

The Cole Valley Christian senior post, along with everyone else on the team, had never gotten that chance. The second-ranked Chargers finally did Feb. 13.

They claimed their first district title since 2015 with a 45-32 win over No. 2 Melba at Vallivue High School.

“In volleyball or basketball, I’ve never gotten first in districts before, and tonight was my last chance,” Cooke said. “So I was really hoping we could pull it out.”

The Chargers (19-4) had lost four straight times in the championship game.

Cole Valley Christian’s misfortunes in the district final began in 2016. The Chargers were unbeaten in league play that year before losing 45-44 to New Plymouth on a last-second shot.

And then Melba came around.

The Chargers appeared to have a district crown locked up in 2017, but Kori Pentzer, who is now at Weber State, drained a buzzer-beating 3 to force overtime. They ended up losing 46-41. It was the first of three consecutive losses to the Mustangs in the title game.

Cole Valley Christian did snap its 11-game losing streak against them with a 55-47 win on Dec. 19 to end their 42-game 2A WIC winning streak. But Melba returned the favor a month later with a 55-48 victory. So the Mustangs won the WIC championship for the fourth year in a row.

However, the district plaque went to the Chargers.

“I started crying when the buzzer went off,” senior guard Savannah Khoury said. “All those years were really hard. And every year we came in with a new game plan and it just fell short or we just didn’t step up. It was a mental game for us. But I knew that we could come together and step up and do it. So I’m really excited because I really felt like this team could do it and we did it. And that’s awesome.”

The Chargers took the lead on a layin by Khoury at 14-13 with three minutes and fifty seconds remaining in the first half. And they never looked back.

Cole Valley Christian went into the locker room up 20-15 after closing the first half on an 8-2 run thanks to its defense, which features eight kids on the roster who are least 5-foot-10. The Mustangs went just 1 of 6 in the final five minutes and 6 of 26 (23%) from the field in the first half.

The Mustangs then had just one field goal in the second half. A 3-pointer by junior guard Kate Clark at the 5:10 mark of the third was it. They missed their final 18 shots on their way to a 7 of 50 (14%) shooting night.

“Guarding Melba is always a challenge,” Cole Valley Christian coach Annie Mintz said. “They’re super quick, super aggressive and smart with the basketball. So we were just going to make them score on the outside. Make them shoot over us and take away their attacking mode. And it worked.”

The Chargers were also helped out with big nights from their two starting seniors. Cooke scored a game-high 15 points, including 10 in the first half. Khoury was right behind her with 14 points, with 10 of those coming over the final 16 minutes.

Khoury orchestrated a 6-0 run by herself in the third quarter alone. After Clark got Melba to within five at 24-19 on the 3-pointer, Khoury took charge.

She made three straight layups to put the Chargers up by double-digits for the first time at 31-19 with 3:20 remaining. The Mustangs (19-3) didn’t get any closer than nine points for the rest of the game.

“It’s awesome in an environment like this with so many people to be able to just step up and find your game and find your rhythm,” Khoury said.

Cole Valley Christian, which will be making its seventh state tournament appearance in a row, will play Bear Lake at 6 p.m. Thursday in the first round of the 2A State Tournament at Kuna High School. The Chargers have brought home three state trophies during that span — two consolation titles (2015-16) and one for third (2019). But they’re still looking for their first state championship in program history.

“That’s the next trophy I want,” Cooke said. “That would be the cherry on top.”

Melba freshman forward Kendall Clark recorded a double-double of 10 points and 10 boards. Older sister Kate Clark had 10 points and six rebounds for the Mustangs, who have fourth-ranked Grangeville for their first-round opponent at 3 p.m. Thursday.

“The good news is we’re still there and we have a chance,” Melba coach David Lenz said. “That’s all we can ask for. We have to go through two tough teams, but we can do it. We have the kids that can do it. We’ve been there, we’re experienced. So I like our chances.”