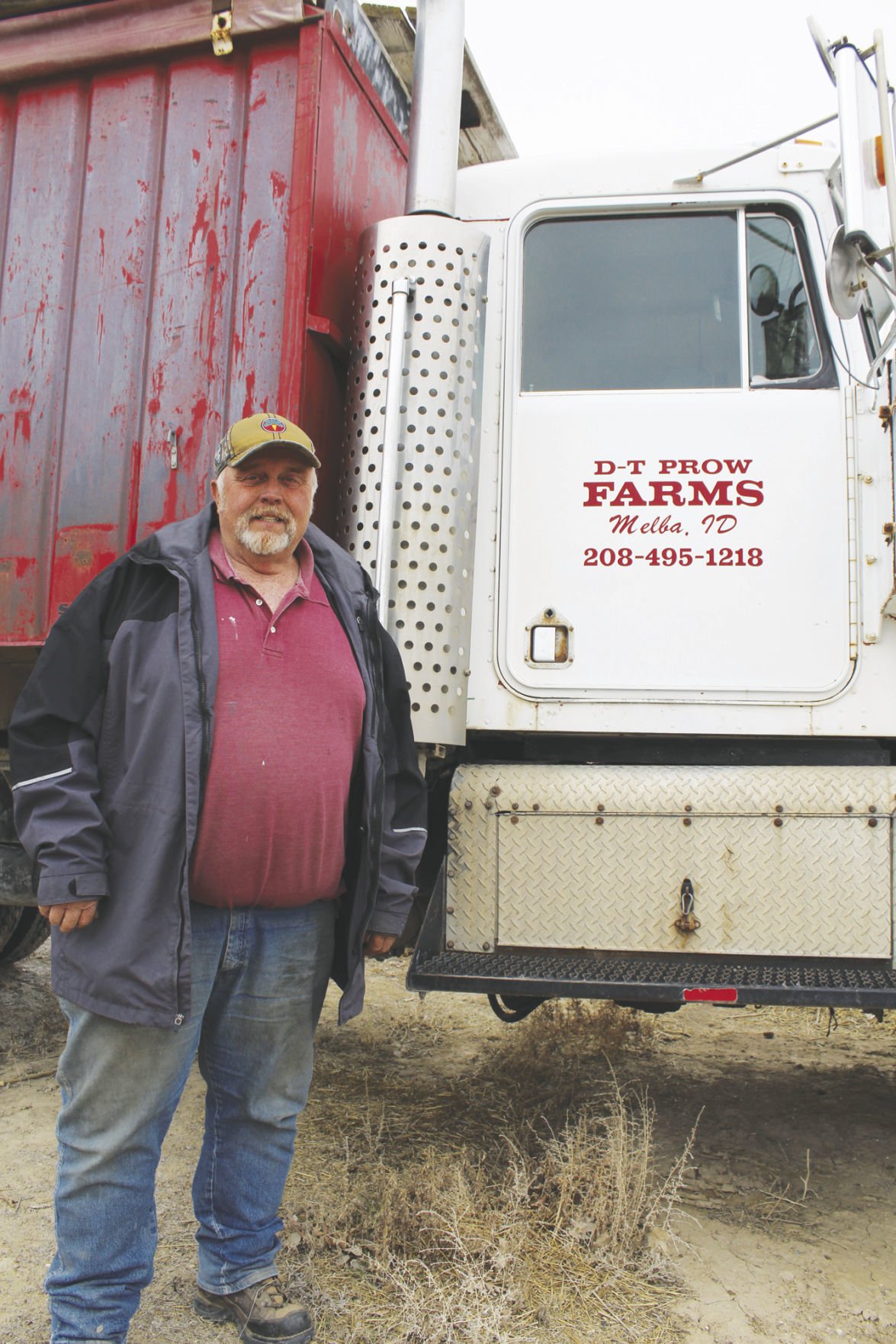 Melba farmer Dave Prow poses for a photo in front of his truck, which he is retiring, along with other equipment, Saturday, March 9. 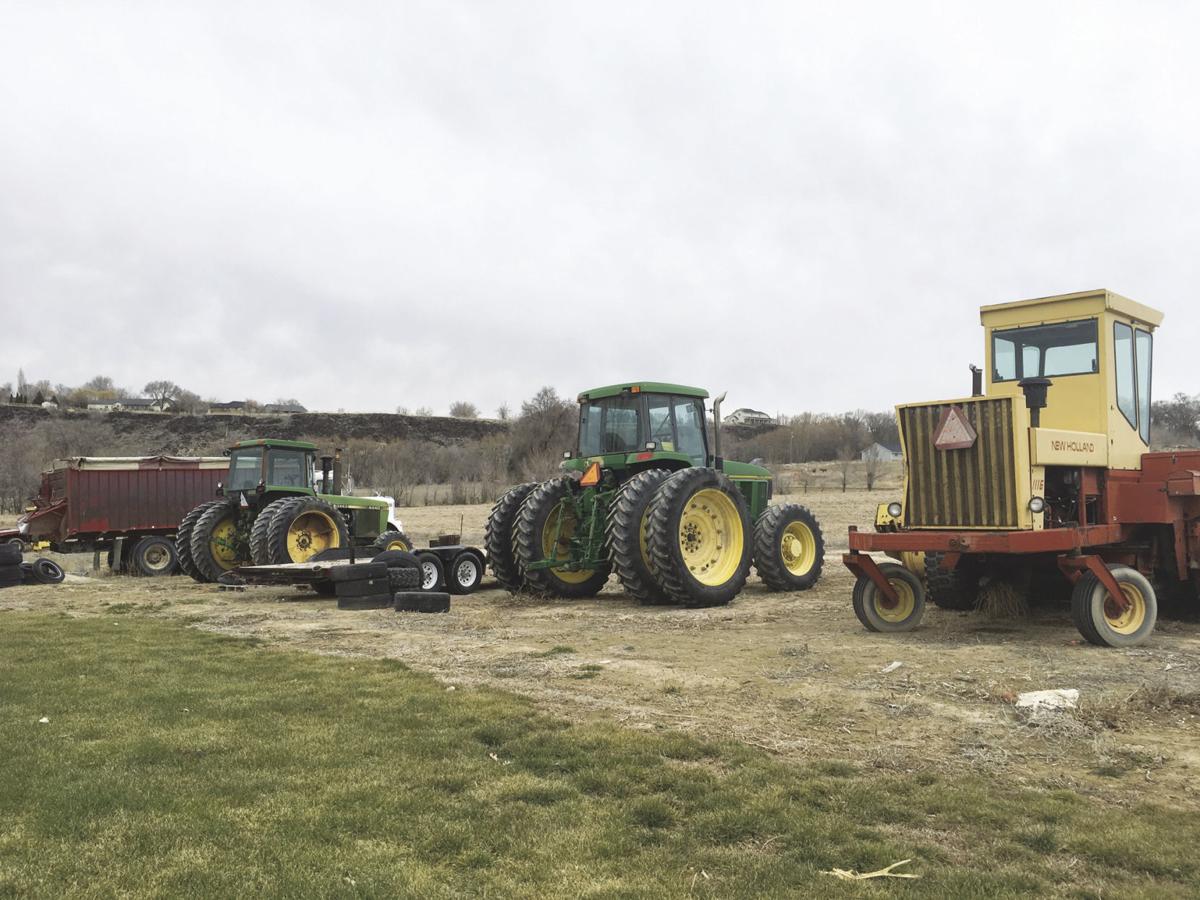 Dave Prow’s equipment is lined up in preparation for the Farm Equipment Retirement Auction.

Melba farmer Dave Prow poses for a photo in front of his truck, which he is retiring, along with other equipment, Saturday, March 9.

Dave Prow’s equipment is lined up in preparation for the Farm Equipment Retirement Auction.

Bright-green tractors, a red and white truck and other equipment line the Melba backyard of Dave Prow. Instead of resting under a shed or rolling out in the field, this equipment that once reaped sugar beet, wheat, corn and hay harvests is on display, ready to be sold at a retirement auction.

Prow said he feels the time is right to retire, as his wife is ready to retire from nursing.

“I said, ‘Well, this is a good a time as any,’” Prow said, seated at his wooden dining room table that faces the backyard. “We’ll go enjoy some things.”

Prow and generations of his family once farmed acreage off Canyon Road in Melba. At one point, the family was farming around 300 acres.

“It’s a family farm,” Prow said. “It takes a combination of everyone working together to make it survive.”

While the farm retirement is a little sad, as Prow said, he always treated farming as a business-related chapter of his life. He farmed on his own and rented land, and he invested in the business by purchasing equipment from auctions or dealers.

He won’t miss the ditch shoveling and similar labor, but Prow will miss the tractor work and the harvest.

“What I’m doing is moving on to a new chapter in my life,” Prow said, “Which is what I was doing when I found this one (farming).”

Prow will retire his equipment during a live auction Saturday, March 9, at his home, 678 Canyon Road, Melba. Prow said he wanted to do a live auction, because he’s “old school.”

Prow has attended live auctions for years, where friends would get together and have lunch during the event. At this upcoming auction, attendees can expect traditional burgers. Live auctioneers spur excitement, and, traditionally, the auctions have been “a big event.”

“It’s funny I’m being interviewed about an auction,” Prow said. “Because as I was (growing up) they were standard. It’s no more than a bakery (closing), needing to liquidate its assets.”

When he decided to retire, Prow called up Sam Baker, with Baker Auction Company LLC, which Prow has worked with in the past.

“It’s like the family doctor,” Baker said of serving as a farm equipment retirement auctioneer.

“It’s a way for a man to disperse his equipment,” Baker also said. “That’s the way you get rid of your equipment, instead of putting on a list which takes forever to sell. It takes care of you in one fell swoop.”

Equipment sold a retirement auction can be close to one-third of the price of new equipment, which is good for anyone looking to start their own farm.

Prow advises anyone looking to get into the farming business to “go to college and get an education.” He has seen changes to farming over the years, from new herbicides, pesticides and fertilizing programs to new seeds and technology.

The major practices of farming, however, remain the same, Prow added.

“You plant and harvest,” Prow said. “And mother nature is always in between.”