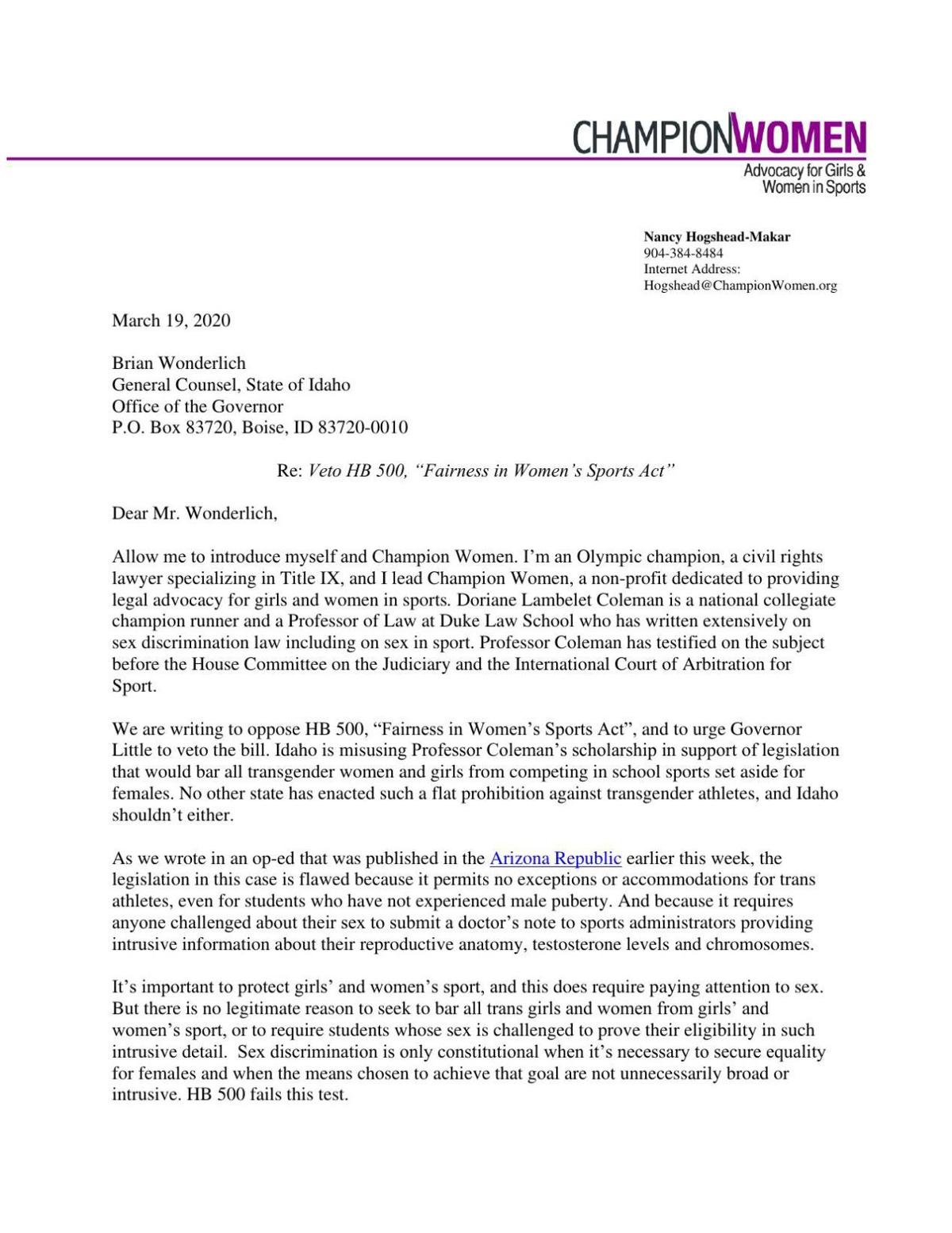 A Duke University law professor whose work is quoted three times in HB 500a, the controversial transgender athletes bill, says the bill sponsors misused her research and she’s calling on Gov. Brad Little to veto the bill. In a letter sent today to Little’s general counsel, Brian Wonderlich, Doriane Lambelet Coleman and Nancy Hogshead-Makar, CEO of Champion Women, an advocacy organization for girls and women in sports, wrote, “Idaho is misusing Professor Coleman’s scholarship in support of legislation that would bar all transgender women and girls from competing in school sports set aside for females. No other state has enacted such a flat prohibition against transgender athletes, and Idaho shouldn’t either.”

The two co-wrote an op-ed piece making the same point that was published earlier this week in the Arizona Republic. “The legislation in this case is flawed because it permits no exceptions or accommodations for trans athletes, even for students who have not experienced male puberty,” the two wrote to Wonderlich.

“It’s important to protect girls’ and womens’ sport, and this does require paying attention to sex,” the two women, both champion athletes as well as attorneys, wrote in the letter. “But there is no legitimate reason to seek to bar all trans girls and women from girls’ and women’s sport, or to require students whose sex is challenged to prove their eligibility in such intrusive detail. Sex discrimination is only constitutional when it’s necessary to secure equality for females and when the means chosen to achieve that goal are not unnecessarily broad or intrusive. HB 500 fails that test.”

“To pass muster at the end of the day, any policy addressing this issue must draw lines intelligently based on the scientific evidence, and thoughtfully based on an ethics of care for all student-athletes,” the two wrote. “Because HB 500 violates those principles, we urge Governor Little to veto it.”