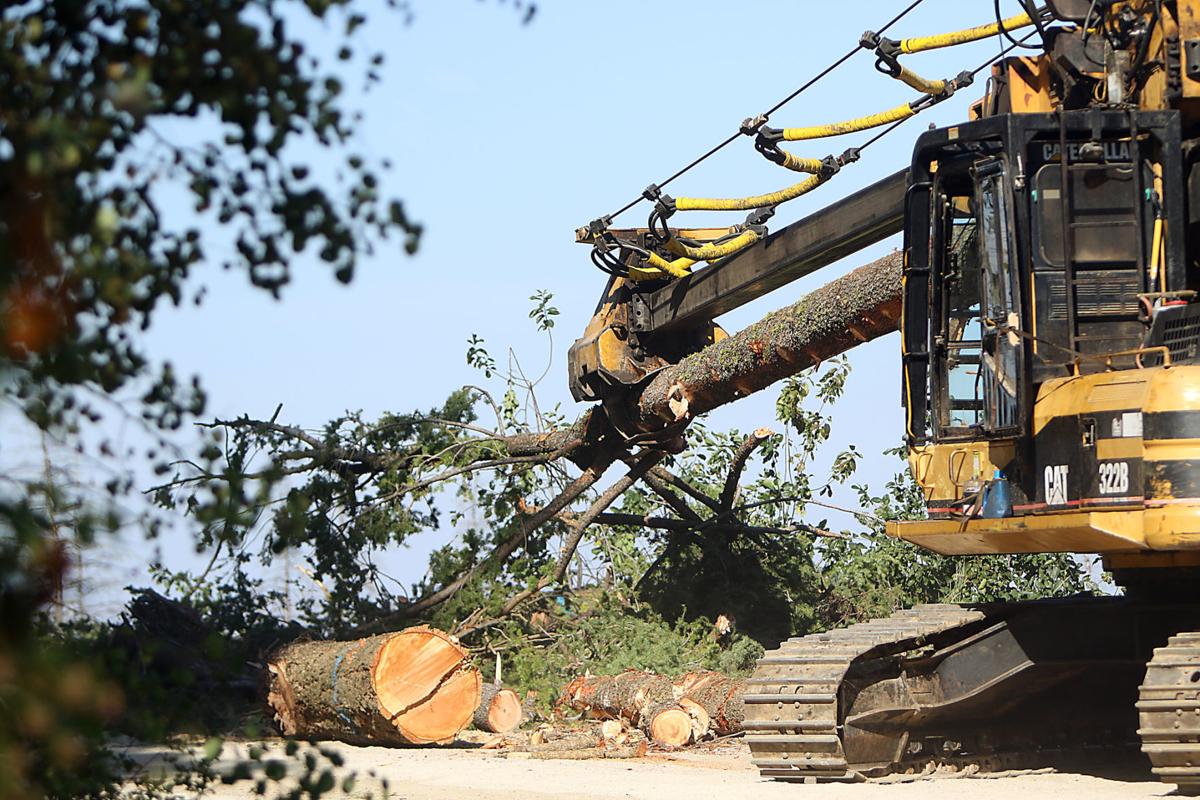 Heavy equipment is used to strip branches from cut timber in a section of Bogus Basin forest being cleared of unhealthy trees, Wednesday. The trees are being taken down as a result of an invasive species of mistletoe that deprives the trees of water and nutrients. 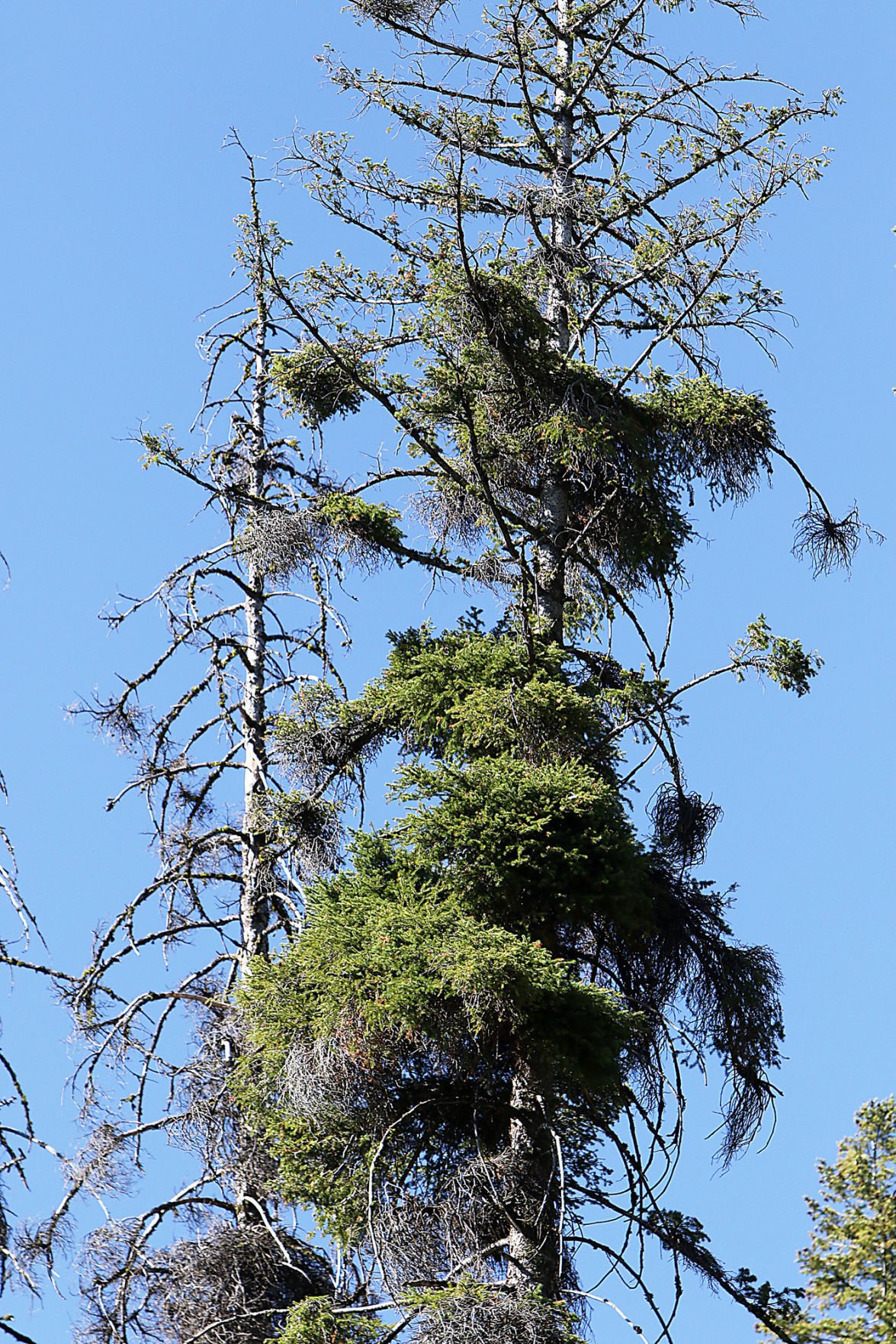 An invasive species of mistletoe weighs down a tree in Bogus Basin, Wednesday, Aug. 14, 2019. A logging operation is removing the trees to improve the health of the forest.

Although 80% of the trees at Bogus Basin are infected with an invasive dwarf mistletoe, the nonprofit ski resort isn’t about to lose 80% of its trees. Instead, a five-year forest health restoration project that’s bringing together the U.S. Forest Service, the state Department of Lands, and an array of public and private stakeholders will remove about 20% to 30% of the trees, replant with more resilient species, conduct controlled burning, and generally make the forest in the area healthier and safer for recreationists.

“The timber at the end of the day is really just a byproduct of addressing the health and hazards on the landscape,” said Clint VanZile, Boise National Forest timber program manager.

Logging work started this week and will continue in phases into the fall and beyond.

“We’re definitely not going to complain about getting more skiable terrain,” said Brad Wilson, Bogus Basin general manager. But long term, he said, the real benefit will be to “make sure we have a healthy forest for years to come.”

The Bogus Basin Forest Health project is the second Good Neighbor Authority collaboration between the Idaho Department of Lands and the Boise National Forest. Statewide, 26 such projects in four national forests have been identified, including five in which timber already has been sold by IDL on national forest ground.

Located in the Boise National Forest, the landscape at and around Bogus Basin is dominated by Douglas fir trees that are easy prey for the Douglas fir dwarf mistletoe, which creeps under the bark of the trees and grows into dense clumps of branches called “brooms.”

The mistletoe deprives the trees of water and nutrients, weakening them so that they fall victim to insects and disease, including the Douglas fir bark beetle — a voracious insect that’s found throughout the area, feeding on and killing the already weakened fir trees. Some trees that have been infected can recover; others are too far gone.

The area also has other tree species, including Ponderosa pine and lodgepole pine; those trees are still standing, green and healthy. Their thicker bark and deeper taproot make them more fire-resistant, and they’re not vulnerable to either the mistletoe or the beetle that specifically target Douglas firs. But they’re in the minority.

The clump-laden, disfigured firs are easily visible across the ski resort, some in various stages of dying. And the dead brooms can fall suddenly, especially under snow loads — endangering skiers or others passing by. Some of the worst ones are on or near ski runs, lifts or trails.

Those critical safety hazards are being targeted first. Work started this week on an initial, 133-acre unit mostly near the resort’s Nordic trails and the Superior chairlift on the backside of the mountain. Next up, starting in September, will be a unit that includes the Deer Point chairlift area on the front side of the mountain and areas surrounding it, extending south along Bogus Basin Road.

“The plan is to get things started in the Deer Point area by mid-September,” said George Neusse, the Idaho Department of Lands land program specialist for Good Neighbor Authority projects.

You can read my full story here at idahopress.com (subscription required), or pick up today's edition of the Idaho Press; it's on the front page.