Farm workers visit the bodega at the Caldwell Housing Authority camp in Caldwell after a day of working in the fields around the region on Friday, Oct. 23, 2020.

Farm workers wash their laundry at the on-site laundromat after working in the fields near the Caldwell Housing Authority camp in Caldwell on Friday, Oct. 23, 2020.

Shuttles and buses bring farm workers to and from their homes and jobs at the Caldwell Housing Authority on Friday, Oct. 23, 2020.

Marielena Vega has worked in Treasure Valley agriculture fields since she was 15 years old. She worked alongside her mother and other family members as a teenager because there was no one to care for her at home.

“A lot of the jobs that men used to do in the fields, like operating machinery like tractors, are now being done by women,” Vega said.

The increase in the number of women working in the fields is a good thing, said Lisa Meierotto, a Boise State University researcher who helped publish a recent study about the well-being of Latina farmworkers in western Idaho.

One of the study’s goals was to raise awareness about the experiences of Latina farmworkers and better understand the people who are involved in feeding the country, said Rebecca Som Castellano, another researcher on the study.

The study analyzed the unique challenges that Latinas face in farm work. One of those challenges is the persistence of pesticide exposure in the day-to-day lives of farmworkers.

The analysis found that the highest concentrations of malondialdehyde, also known as MDA, a metabolite common in insecticide, was found in the samples during spray season from the women who said their jobs were to apply pesticides.

There is not enough extensive research about what metabolite exposure looks like long-term, said Christina Stucker-Gassi, a program coordinator for the Northwest Center for Alternatives to Pesticides.

A study published in 2017 on the impacts of pesticide exposure, particularly on the impacts from exposure to concentrates of MDA, have found long-term exposure can be linked to lung cancer, pancreatic cancer, colon cancer, rectal cancer, leukemia, hematologic malignancy, lymphoma, multiple myeloma, bladder cancer, prostate cancer, brain tumor and skin cancer. The results were based on a survey of 84 male farmers in South Korea who on average spent about 10 days a year for 24 years spraying pesticides.

“By working in these fields that have been treated by pesticides on a regular basis, we are exposing this workforce to toxins that the rest of us don’t experience at those levels,” said Cynthia Curl, another researcher who worked on the Latina farmworker study.

In her experience, Vega said people who worked in fields sprayed by pesticides were often not aware of how long ago the fields were sprayed or to which chemicals they were being exposed.

Farmworkers are often not aware of where they need to pick up the clothing required when working on a field that had been sprayed or where to pick up gloves, Vega said.

The BSU study found that women who had jobs applying pesticides often did not receive the proper training around pesticide application or the proper protective clothing.

Som Castellano said during interviews with the researchers, one Latina farmworker who had worked in agriculture for a long time said she noticed increased use of pesticides from when she started working.

Other women told researchers about not being given information about what was being sprayed and when, and women living in homes adjacent to crop fields were often not notified before pesticides were being sprayed there. Another group of women said there was a lack of signage at the fields they worked on that indicate when a pesticide was sprayed.

These are requirements for agriculture employers, as part of the Worker Protection Standard, a set of regulations under the Environmental Protection Agency aimed at protecting the more than 2 million agriculture workers and their families from some of the hazards of farm work.

The women from the study who did not receive training per the Worker Protection Standard may still be licensed from the state, through the Idaho State Department of Agriculture licensing program. Workers who handle pesticides must be trained through the Worker Protection Standard regulations to legally apply pesticides, even if they are licensed by the state. Workers who have not received training and are not licensed by the state can’t legally apply pesticides.

The regulations place the responsibility to get workers trained on their employer. If the workers are applying pesticides, there is additional training than what other workers receive. Pesticide application also requires the use of personal protective equipment, so workers must be trained on using PPE, and if bodysuits are necessary, they must be fit tested by someone trained to do that.

“There are a lot of protections in (the Worker Protection Standard), but they are just not being followed,” said Stucker-Gassi.

The Idaho State Department of Agriculture oversees thousands of farms in the state and visits hundreds each year for inspections, Curl said. This means she isn’t surprised that some farms and Worker Protection Standard violations fall through the cracks.

The enforcement challenge leaves workers in a difficult position, Stucker-Gassi said, and unfortunately they may have to carry the burden of protecting themselves.

In a statement, the Department of Agriculture said it investigates any alleged pesticide misuse or alleged violations of the Worker Protection Standard and it strongly encourages reporting of alleged misuse of pesticides or violations of the standards.

The department had two alleged cases of human exposure that involved workers in fiscal year 2020.

The researchers talked to women who have taken measures into their own hands, ensuring they only work in long-sleeve shirts and have bandannas for their mouths.

This means taking off their work clothes before entering their homes, washing possible pesticide-exposed clothes separately from other clothes. Though these tasks are more difficult than they seem, Vega said.

With her farm working past and many of her family still working in the fields, Vega’s work with Vision 2C is important to her.

The group and many others, including Stucker-Gassi, have been advocating for more state protections for farmworkers. A bill that would roll back some regulations for aerial applicators passed last legislative session, and the State Department of Agriculture has been hearing from stakeholders about how to implement the changes.

“We have been advocating for people to take (pesticide exposure) into consideration,” Vega said, adding that people are still unaware of many of the long-term effects of pesticides on women, on reproductive health and birth defects in babies.

Stucker-Gassi said she hopes for more follow-up from the Department of Agriculture when it comes to Worker Protection Standard complaints.

Voters line up to cast their ballots at the Ada County Election Headquarters in Boise, Tuesday, Nov. 3, 2020. 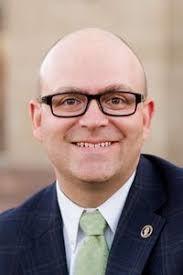 BOISE — Ada County’s election results are now official, but a recount is likely on the way in one race.

The Ada County Board of Commissioners on Tuesday voted 2-0 to canvas the Nov. 3 election results. Commissioner Diana Lachiondo, who lost her reelection bid, was absent.

Ada County Clerk Phil McGrane gave the commissioners a rundown of the odd election year during Tuesday’s meeting, including some interesting tidbits about who voted and when.

n 70% of Ada County voters on Election Day were Republicans. Election Day votes made up one-third of the total vote count, while two-thirds of voters opted for early or mail-in voting.

n Women outvoted men (“As they always do,” McGrane said).

“We have been in conversations with Rebecca Arnold, and we do anticipate she will request a recount,” McGrane said.

The recount process will take a week, McGrane said, due to the high number of absentee ballots and early votes that were cast in the race. Overall, more than 31,000 people voted in the race.

Once a recount is requested, it will most likely take place the week after Thanksgiving, McGrane said.

“The contents of the ballots are exactly the same,” McGrane said, and no races were affected by the issue.

“All the votes were counted,” the clerk said.