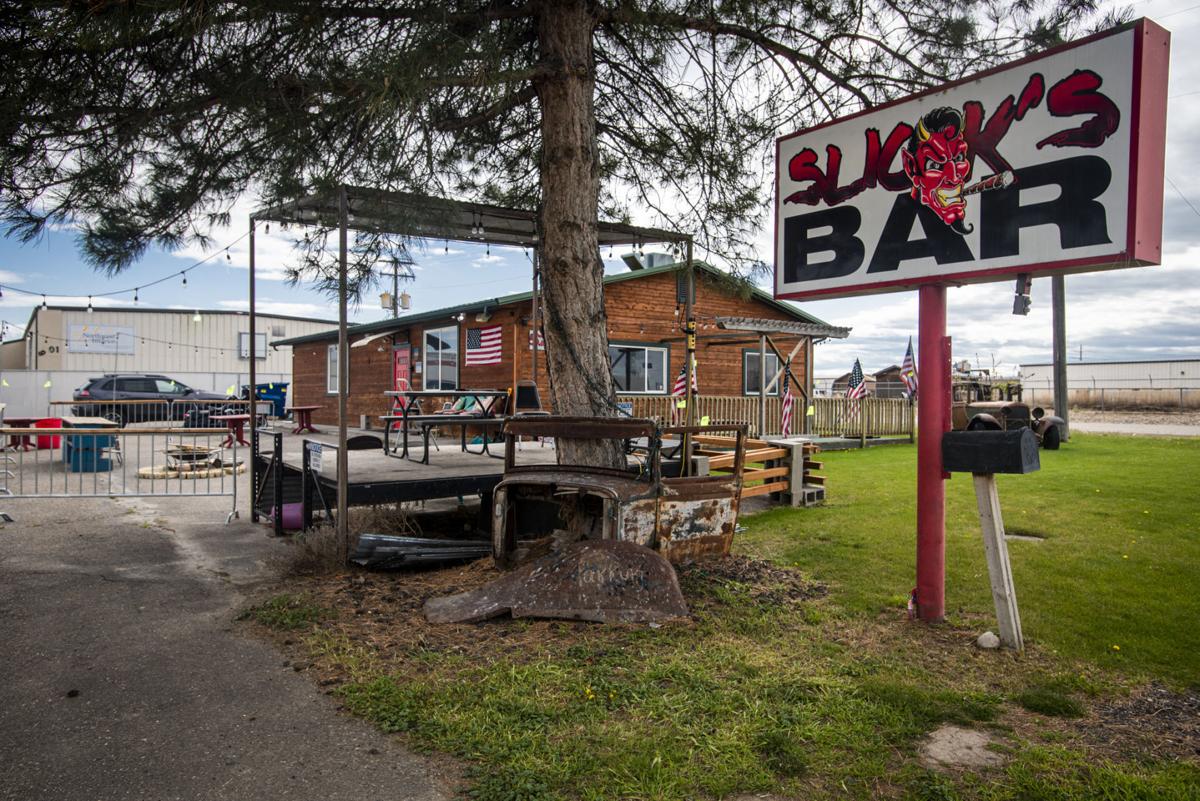 Slicks Bar in Nampa reopened May 1, almost a month ahead of Gov. Brad Little’s four-stage plan to reopen the state’s economy. Shown here, the bar is empty and preparing to reopen on Friday, April 24, 2020. 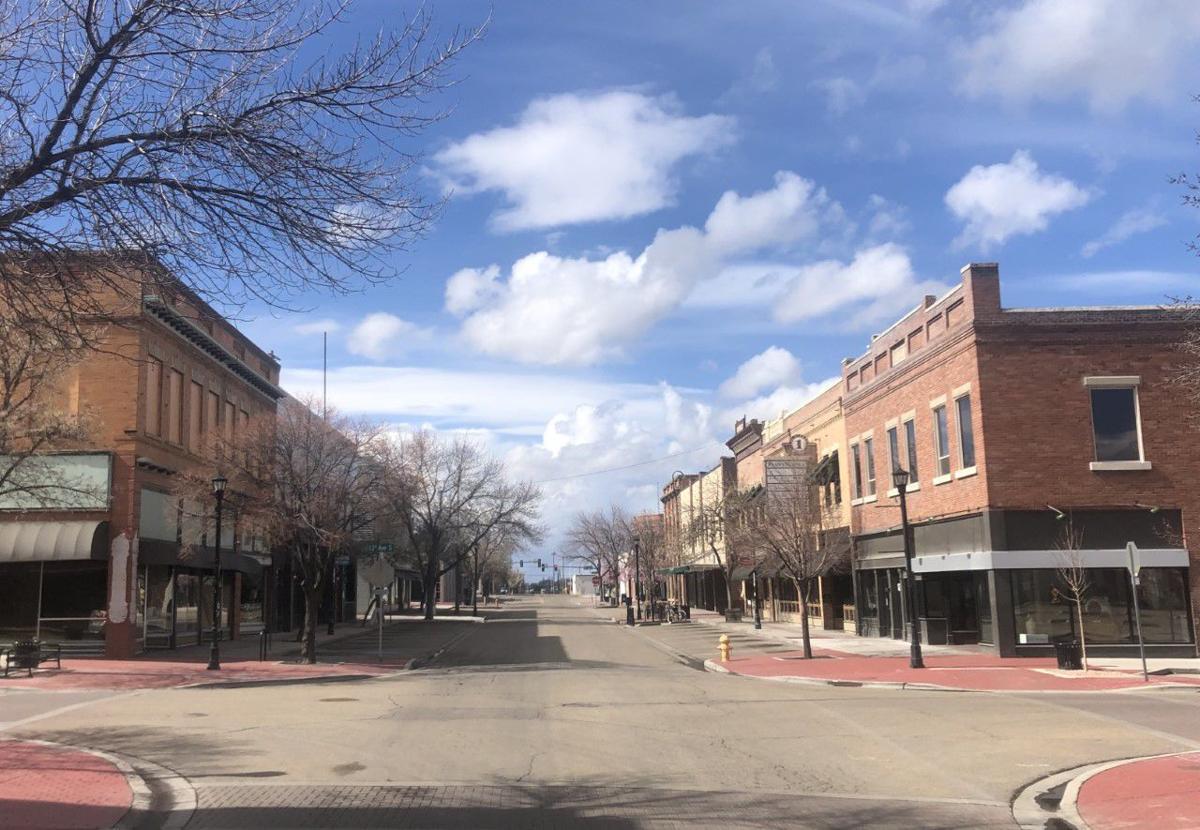 First Street South in downtown Nampa, which has seen a lot of momentum and new business openings in the past year, sits empty March 29 amid the coronavirus outbreak. 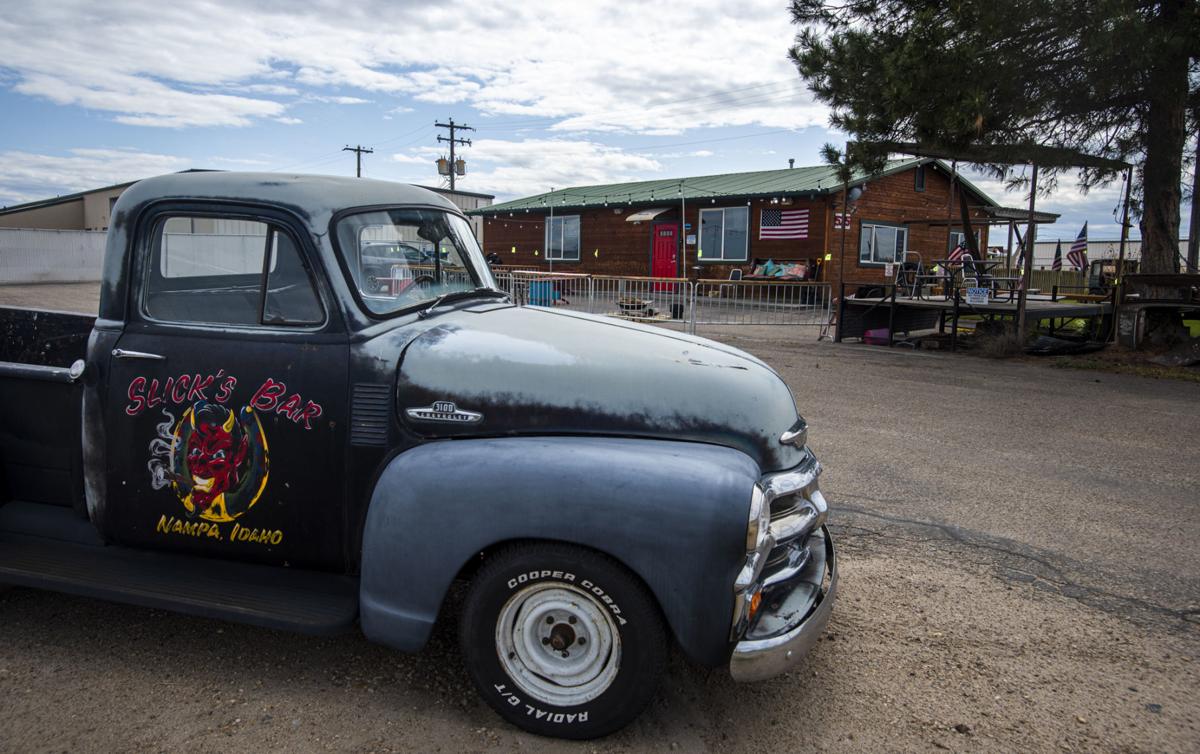 Slicks Bar in Nampa recently decided to open on May 1 ahead of Governor Little’s 4-stage plan to reopen the state’s economy. Shown here, the bar is empty and preparing to reopen on Friday, April 24, 2020.

Slicks Bar in Nampa reopened May 1, almost a month ahead of Gov. Brad Little’s four-stage plan to reopen the state’s economy. Shown here, the bar is empty and preparing to reopen on Friday, April 24, 2020.

First Street South in downtown Nampa, which has seen a lot of momentum and new business openings in the past year, sits empty March 29 amid the coronavirus outbreak.

Slicks Bar in Nampa recently decided to open on May 1 ahead of Governor Little’s 4-stage plan to reopen the state’s economy. Shown here, the bar is empty and preparing to reopen on Friday, April 24, 2020.

Nampa City Council announced this plan during a special council meeting Friday morning in response to Little’s announcement of his plan Thursday.

Though the health districts and the city advise businesses to stick to the governor’s timeline, Mayor Debbie Kling said the city does not have the resources to enforce Little’s order if businesses reopen early. Instead, she said city officials are focusing on educating businesses on how to reopen safely and in line with health district guidelines.

Law enforcement’s first priority is informing businesses on what the guidelines are, if they are not following them, she said. If the business continues a blatant disregard for the protocol, Kling said police will issue a citation.

Nampa City Council voted unanimously Friday in confidence of the city’s plan, which takes effect May 1.

The statewide stay-home order is set to expire April 30, and Little has outlined a plan to allow certain retail establishments and places of worship to reopen starting May 1. The governor’s four-phase reopening plan would continue through June, provided there is no spike in COVID-19 cases.

Stage 2, scheduled to start May 16, would allow gatherings of fewer than 10 people and the limited reopening of restaurant dining rooms, gyms and salons with social-distancing plans. The reopening of bars and large venues such as movie theaters isn’t included until the fourth phase, slated to start June 13.

Kling said many of Nampa’s business will not be allowed to reopen under the early phases of the governor’s plan, and several business owners have reached out to city officials to say they feel the need to reopen earlier.

According to a Southwest District Health and Central District Health document, health officials advised businesses to follow Little’s stay-home order through the end of April. But it also included several safety guidelines for businesses to follow once they reopen, including adding signs or taped markings to encourage social distancing, supply tissues and no-touch trash bins, and encourage employees not to touch their face.

One Nampa business with plans to reopen early is Slicks Bar, slated to reopen May 1, according to its Facebook page. The bar previously announced plans to reopen Saturday, but a post Friday morning said it will follow Nampa’s plan after working with city officials.

“It has been a very good experience and we have appreciated their partnership in working towards an actual solution,” the post read.

Kling said city and Nampa Police Department officials met with Slicks Bar officials Wednesday to discuss the safest way for the business to reopen. She said Slicks Bar will be open for limited hours, have marked areas so patrons can keep adequate distance from each other, offer disposable drinkware and actively disinfect surfaces in the building. Kling said she wants to allow businesses to self-monitor sanitation but also allow police check-ins to make sure businesses are following health protocols.

Slicks Bar officials said they wanted to reopen the bar because of economic pressures, including sales taxes, bills and liquor license renewals from the state, county and city. They said they also applied for “all the small business loans” and did not receive any funding, according to an April 19 Facebook post.

Kling said Nampa is not charging businesses to extend its alcohol license, and will extend the license without a fee if the business reaches out and asks for one. This is following the state’s adopted protocol for alcohol license extensions, she said. There are no ongoing city fees Kling said she was aware of that businesses need to pay while they are closed.

However, during Friday’s meeting, Kling said many Nampa business owners told her they also can’t access any supporting funds or loans. Labyrinth Escape Games owner Matthew Lind said on Thursday that he hadn’t received any funding from three national or federal programs he applied for, and feels that local and state officials are putting stock into these programs that aren’t helping many local businesses.

Labyrinth Escape Games will hopefully be allowed to reopen May 16 under Little’s plan, Lind said. His business closed a few days ahead of Little’s stay-at-home order March 25, he said, and he had to furlough his entire staff.

“We made the call based on what we were seeing in the community,” Lind said.

Lind initially hoped that Little would allow his business to reopen May 1, according to the governor’s previous orders. If Labyrinth is allowed to reopen May 16, Lind said it will still take several weeks for his normal level of customers to return again because his business is in entertainment and not active in people’s minds right now.

Since closing, Lind said he had to devote savings he meant to spend expanding his business in order to keep his business afloat. If Little extends business closures beyond May 16, Lind said he will have to consider closing the 18-month-old business permanently.

Another 2C business, Flying M Coffeeshop in Caldwell, has received federal funding from the Paycheck Protection Program, owner Tori McKim said. She wouldn’t specify the amount she received, but said it was enough to cover about two months of payroll expenses, which offers her a lot of “peace of mind” and eases her fears about reopening.

Flying M’s three locations, which have different owners, have been closed except for online orders for the past few weeks. McKim said she had to lay off her entire staff at the Caldwell location, and the Nampa and Boise locations also had to lay off most of their staff. Under Little’s plan, McKim also believes her business may be allowed to reopen during phase two on May 16, which allows a limited reopening of restaurants and dining rooms.

However, Flying M Coffeeshop is doing some extra business in the meantime. On Wednesday, McKim said her store opened a takeout window where customers can call in to-go orders on Wednesday and Saturday. She said she feels comfortable operating this way until May 16. Nampa and Boise’s locations are not offering takeout windows at this time, but McKim said employees are working on a plan that will be put in place after May 1.

Although Lind said Little’s decision is “tough to agree with,” he also said it would be reckless to reopen Labyrinth earlier than advised because it is a high-contact business and would likely put people at risk. Because of this, Lind said he does not plan to reopen early, even though Nampa would allow him to do so.

Kling said there is a large disparity of opinions on what elected officials should do during the pandemic. She said she’s observed “an attitude of dissent and disrespect,” which is unfortunate because she feels the people should be united during this time.

“The enemy is not each other,” Kling said. “It’s the coronavirus.”