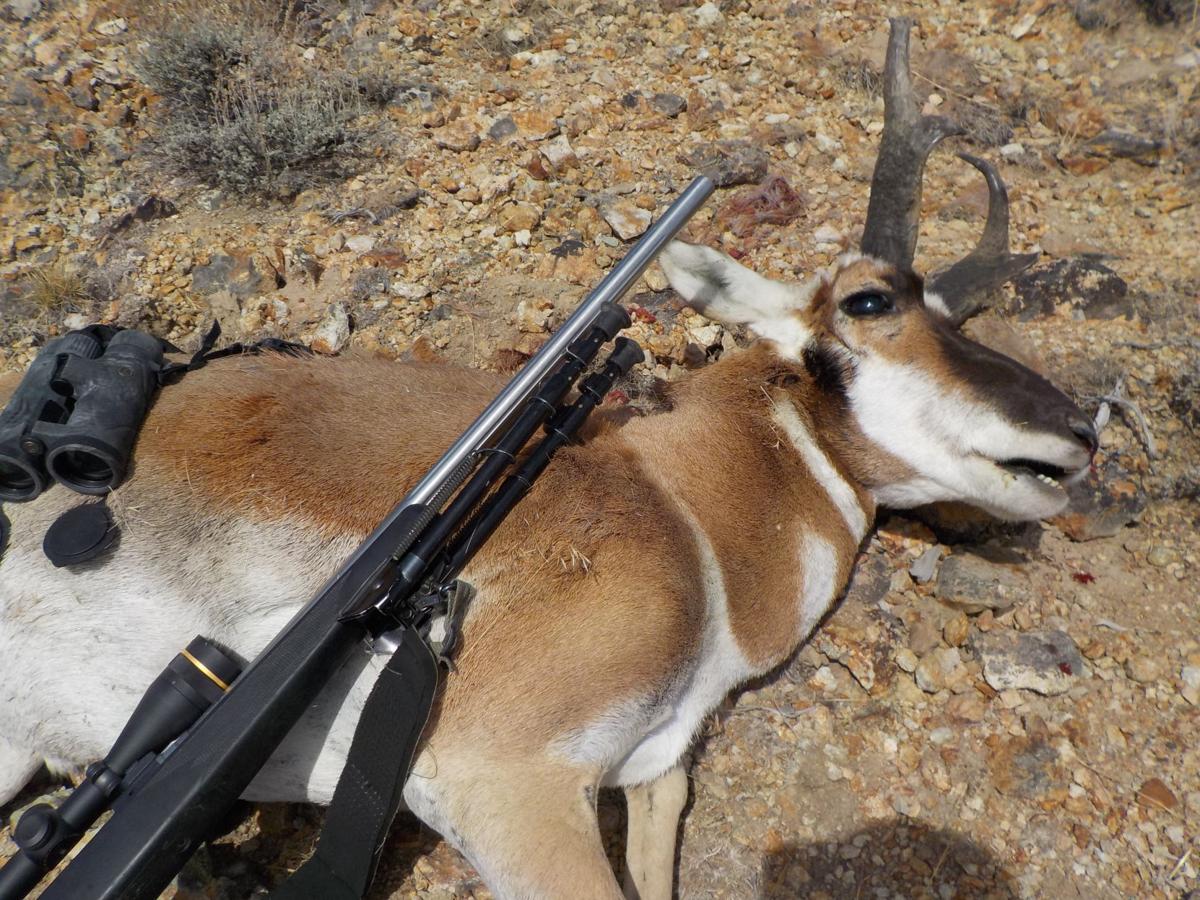 If you shoot a deer and take it to the processor, your hunt is over. But if you process it yourself, it extends the whole hunting experience.

If you shoot a deer and take it to the processor, your hunt is over. But if you process it yourself, it extends the whole hunting experience. To me this is almost as enriching as the actual hunt itself. What I’m saying will apply on antelope, deer, elk or moose. It’s just that on your larger animal the cuts will be bigger. I took what I learned butchering cows and applied it into my outdoor world.

What I say here is not a right or wrong. For years cavemen just whacked up animals and cooked on a stick over a campfire. It’s just fun to be able to save some unique cuts and prepare them in special ways.

You can process a carcass multiple ways. Years ago, I made a lot of roasts but finally figured out, we don’t like deer roasts. My family likes steaks, chicken fried steak, sausage and jerky. So that’s how I process it.

FLANK STEAKS — Remember, on a carcass there is a right hand and a left hand on every cut. When you make the incision near the pelvic and cut down the midline to gut your animal you cut between the two flanks. They tie in up at the pelvic and go out in a tear shape as they go down the stomach. On deer they won’t be very big. Maybe 8-9 inches long. Remove the membrane off the top and the tough yellow serous membrane off the underside. (I believe their official name is “abdominal oblique muscle”).

Everyone likes backstraps. To remove, make a cut along the backbone (feather bones) from the fourth rib down to the fifth sacral vertebrae — the bone that your knife hits where the backstrap ends. Now scoop out along the rib bones and flat bones removing the backstrap.

Now for one of my favorites — the forequarters. You will not believe me so just try them once and see for yourself. To remove this cut is super easy. Grab the front leg and separate at the seam between it and the carcass. Near the end if you hit a bone cut a little closer to the carcass. It will almost fall off.

Remove the shank. Again, this is one of the best cuts off the carcass if cooked correctly. One muscle in it is the third most tender muscle in the carcass if cooked slow. If you make sausage out of the forequarters you only end up with a handful of meat. It is mostly tendons and sinew but if you cook it slow, all of this dissolves and you can eat everything except the bones.

Where you ended removing your backstrap at the pelvic bone, on the other side of the bone is the sirloin. It is a little tougher than the backstrap but has good flavor.

INSIDE ROUNDS — After you remove the knuckle, the inside round is the large muscle on the inside of the thigh. At the back you will separate it from the gooseneck at the seam. The seam is directly behind the femur bone.

After removing the inside round now remove the other major muscle which is called the outside round. Use it for jerky.

FAJITAS — Dividing the stomach from the thoracic cavity (lungs/heart) is the diaphragm. There are two muscles on each side. The muscle that lays along the ribs is the inside skirt. The next muscle out towards the center is the outside skirt. Pull the tough skin off of both of these and use them for fajitas. Further back are the filet mignons.

Any scraps and the rest of the meat I use for sausage. I like hotdogs but not cheapo hotdogs so I use sausage for hotdogs. In the highly intellectual movie “The Great Outdoors,” I remember the raccoons tipping over the trash can and saying that hotdogs were made out of lips and rear-ends. Not totally true but the cheap ones taste like it!

I know it can be confusing. In January I’m going to process a hog, deer and steer on Charles Allen’s ranch, the owner of Knives of Alaska and Keith Warren will film it for his TV show “High Roads” and do a couple of shows on the processing/cooking. Check it out when it airs.