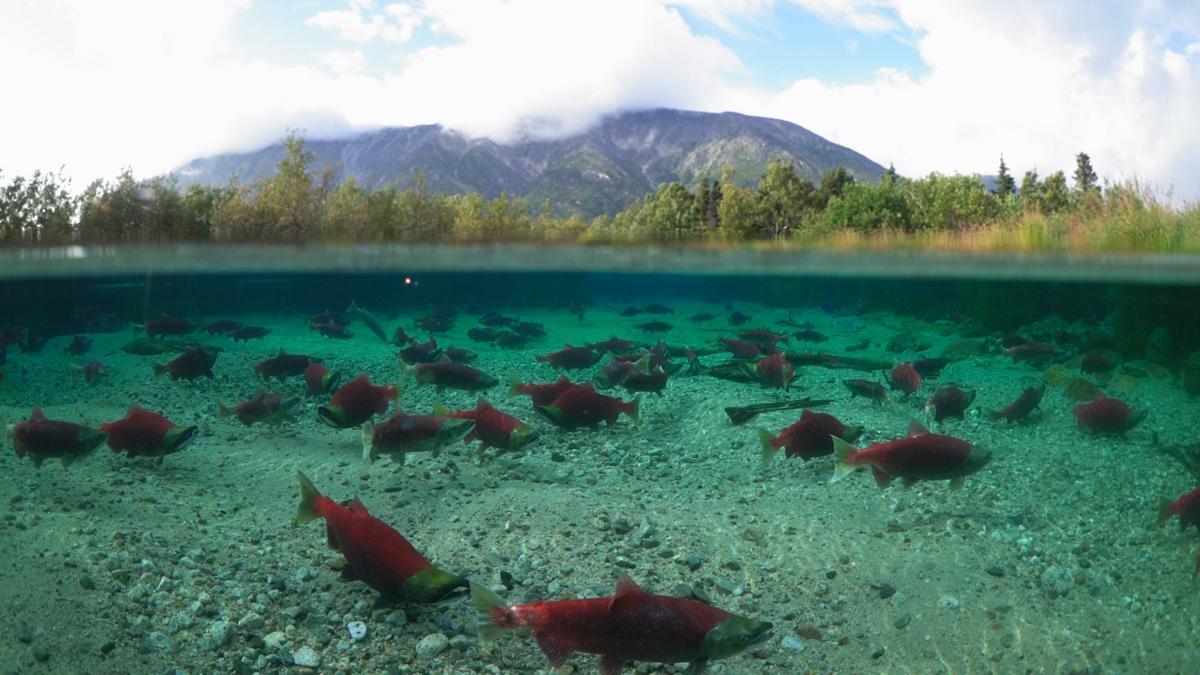 ABOVE and TOP: A look underwater at Bristol Bay Lake. 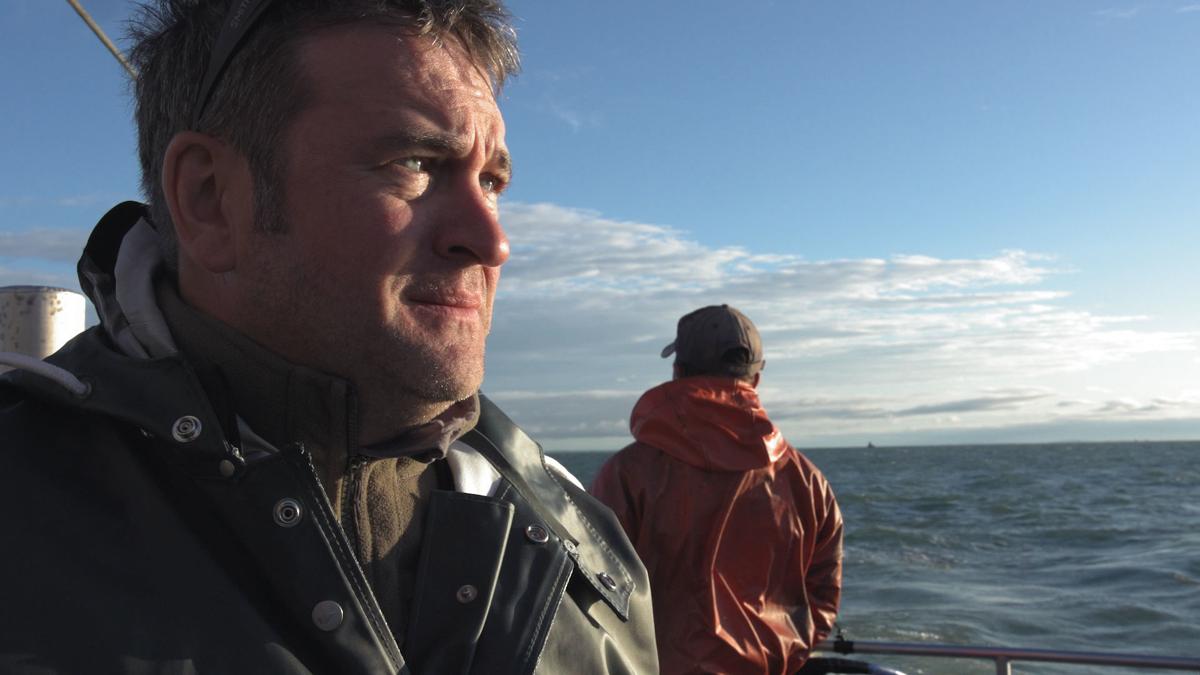 Filmmaker Mark Titus during the filming of “The Wild,” a documentary and call to action to save the salmon, people and land of Bristol Bay in Alaska. 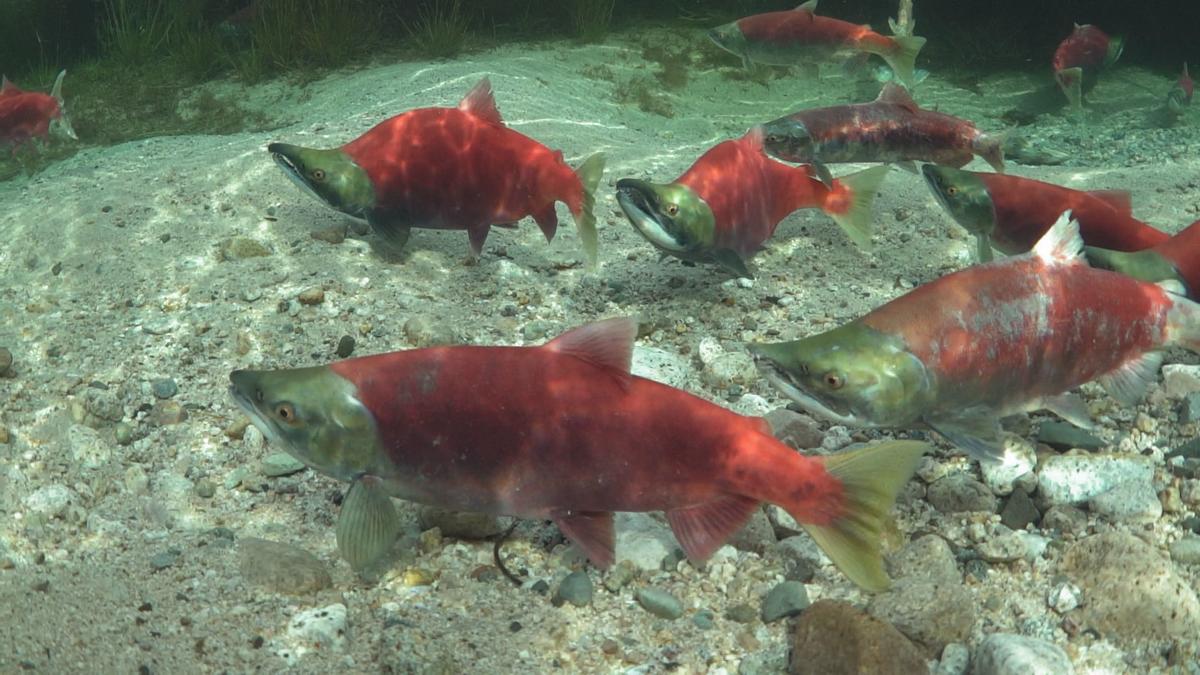 The plot centers on a mining corporation’s "relentless pursuit to build North America’s largest open-pit copper mine — directly in the headwaters of the most prodigious wild sockeye salmon run in the world." 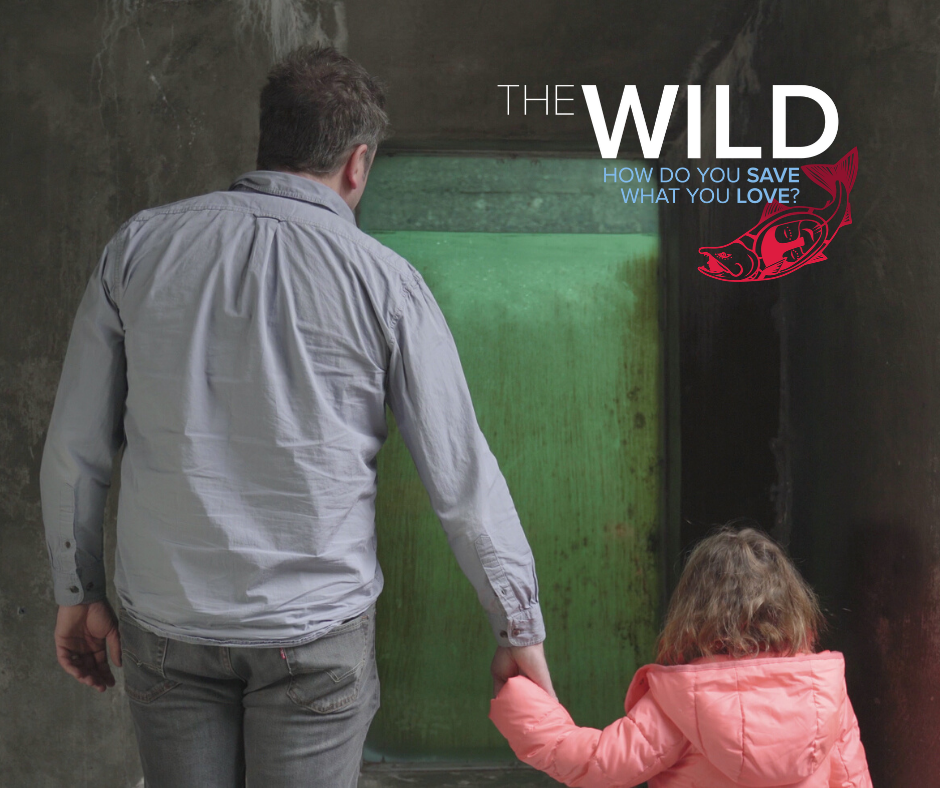 Mark Titus' documentary "The Wild" focuses on two journeys: saving the salmon of Bristol Bay and saving the filmmaker.

ABOVE and TOP: A look underwater at Bristol Bay Lake.

Filmmaker Mark Titus during the filming of “The Wild,” a documentary and call to action to save the salmon, people and land of Bristol Bay in Alaska.

The plot centers on a mining corporation’s "relentless pursuit to build North America’s largest open-pit copper mine — directly in the headwaters of the most prodigious wild sockeye salmon run in the world."

Mark Titus' documentary "The Wild" focuses on two journeys: saving the salmon of Bristol Bay and saving the filmmaker.

For fisherman, salmon activist and filmmaker Mark Titus, making his latest film, “The Wild,” was sometimes like swimming upstream. The story line encompasses two struggles: one, the plight of the salmon, the people and the land in and around Bristol Bay in Alaska, a remote area where everything is connected by water, and threatened by a copper mine.

Mirroring that, is Titus’ own story of redemption. In 2016, after personal tragedies fell like dominoes, Titus said he succumbed to drowning his troubles in alcohol.

“My mom was diagnosed with breast cancer, my grandma went into hospice, I lost my best friend — and Donald Trump became president. I hit the bottom the winter of that year,” Titus said. “Fifty days after I got out of detox and rehab — I was on a boat to Bristol Bay to make a movie. The first frame was shot in 2017.”

The film is currently available to stream through The Flicks. On Thursday, June 25, there will be a special livestream screening of the film, introduced by Titus who will be joined by a live chat with cast members and others involved in the film. After the screening there will also be a Q&A with the panel.

Titus said while making the film about his personal journey as well as one charting the survival of “a keystone species that feeds 137 different creatures — including us — in a place that is the last of its kind on Earth,” was a challenge, ultimately, it was the only way to tell the story.

“It was difficult,” said Titus. “Really. The chance to drive the narrative with my own story did not come lightly.” It works, he said “because it’s the truth. It’s the honest telling of this story.” By making it a personal as well as a call-to-action documentary, Titus said it also makes a better story because there are higher stakes and bigger conflicts.

The plot centers on a mining corporation’s “relentless pursuit to build North America’s largest open-pit copper mine — directly in the headwaters of the most prodigious wild sockeye salmon run in the world. ‘The Wild’ is a race against time,” say the film’s marketing materials.

With this film, the question Titus asks is: “How do we reconcile human separation from the natural world that sustains us — and if we can change course — how do we save the wild that remains?”

In addition to the special livestream screening with live chat and the Q&A after, those who are interested in elevating their experience can also purchase “A Bristol Bay Experience Box” which includes: Two frozen Bristol Bay sockeye fillets, a package of Chef Tom Douglas of Seattle’s famous salmon rub, a pair of recyclable cardboard virtual reality goggles so you can have “a virtual trip to Bristol Bay”; a custom Bristol Bay action pack that tells how to take action for Bristol Bay — and a hat that appears in the film.

Titus said his favorite salmon recipe comes from his mom, is “whipped up on the barbecue,” and features a special sauce with equal parts yellow mustard, butter and lemon. “It’s just fantastic.”

The Flicks opens this weekend

After taking a break due to Idaho's governor-mandated shutdown in March, The Flicks is reopening this weekend. In addition to catching a movie, you can also grab a bite to eat and a libation, if you so choose, said Carole Skinner, president of the independent movie house.

"There's nothing like watching a movie in the theater. Plus, our full menu is available, including beer and wine for patio dining — or you can take your orders into the movie or get it to go, a lot of people are doing that," Skinner said. Indoor dining is not yet open.

You can also rent DVDs from The Flicks' legendary collection of film classics and independent and eclectic movies.

Adhering to safety guidelines, The Flicks requires attendees to wear a mask until seated in the theater, socially distanced. Social distancing will be practiced in lines as well, and theaters will be seating at less than 50% capacity. More information on the website: theflicksboise.com.

Showing on reopening weekend at The Flicks:

'The Wild' virtual event at The Flicks

Watch 'The Wild,' in a live virtual screening experience at 8 p.m. Thursday, June 25.

Before the main film, a short documentary "Pebble Redux - The Bears of Amakdedori" will also be shown.

The panel for the live chat and Q&A following the film's screening includes:

Two filets of flash-frozen, wild Bristol Bay sockeye salmon (avg. 1.4 pounds per filet); a jar of world-famous Tom Douglas salmon rub; a "We Are Bristol Bay" action kit by the Salmon Sisters; recyclable, virtual-reality goggles with a code to a 360/VR experience you can download to your phone – and a first-run Apay’uq Moore designed hat from "The Wild" for the first 60 orders. Includes shipping. $5 from every purchase goes to Defend Bristol Bay.

Order the box at: evaswild.com.