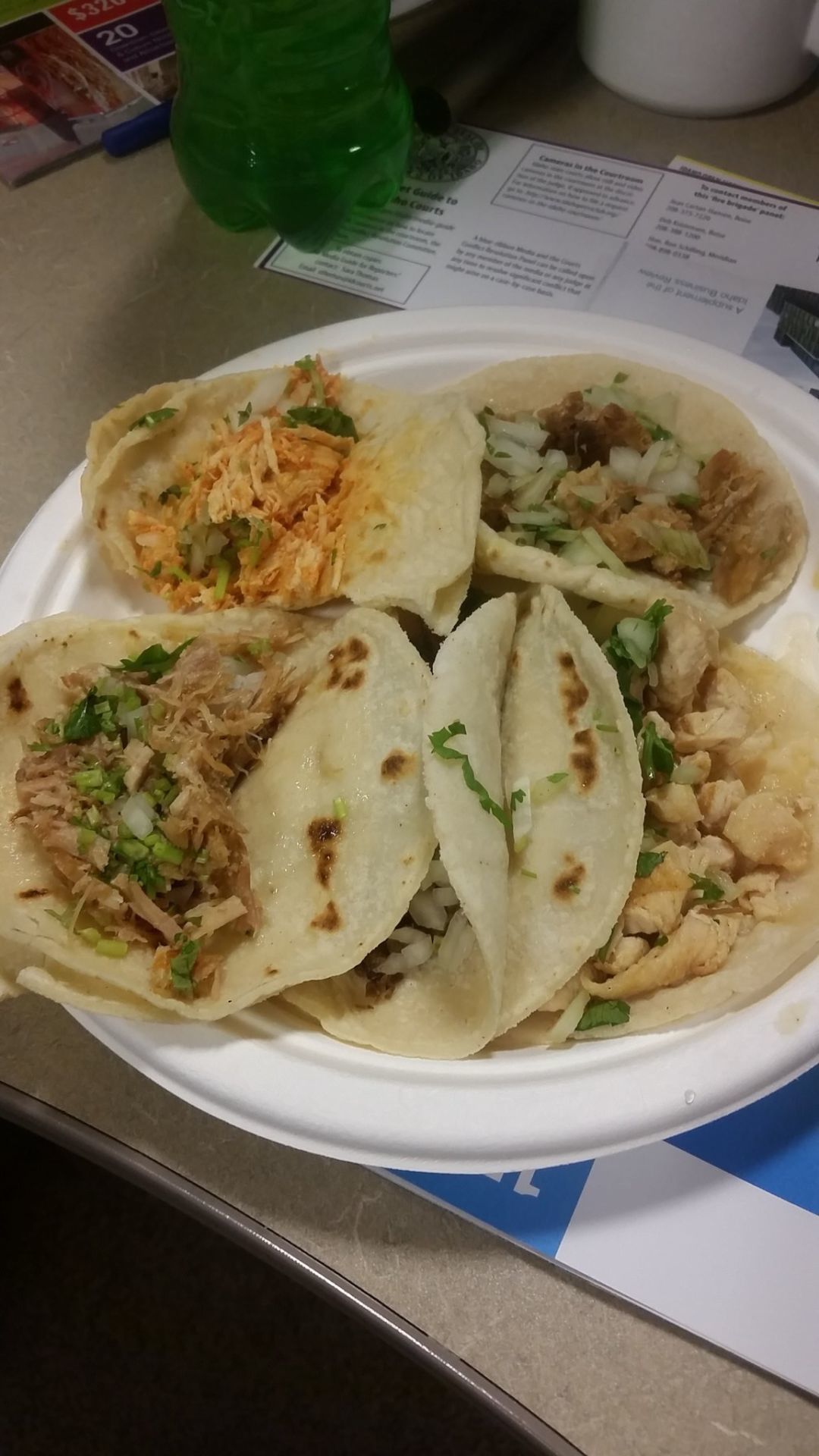 A variety of tacos on the plate for Taco Trials: Take Five. 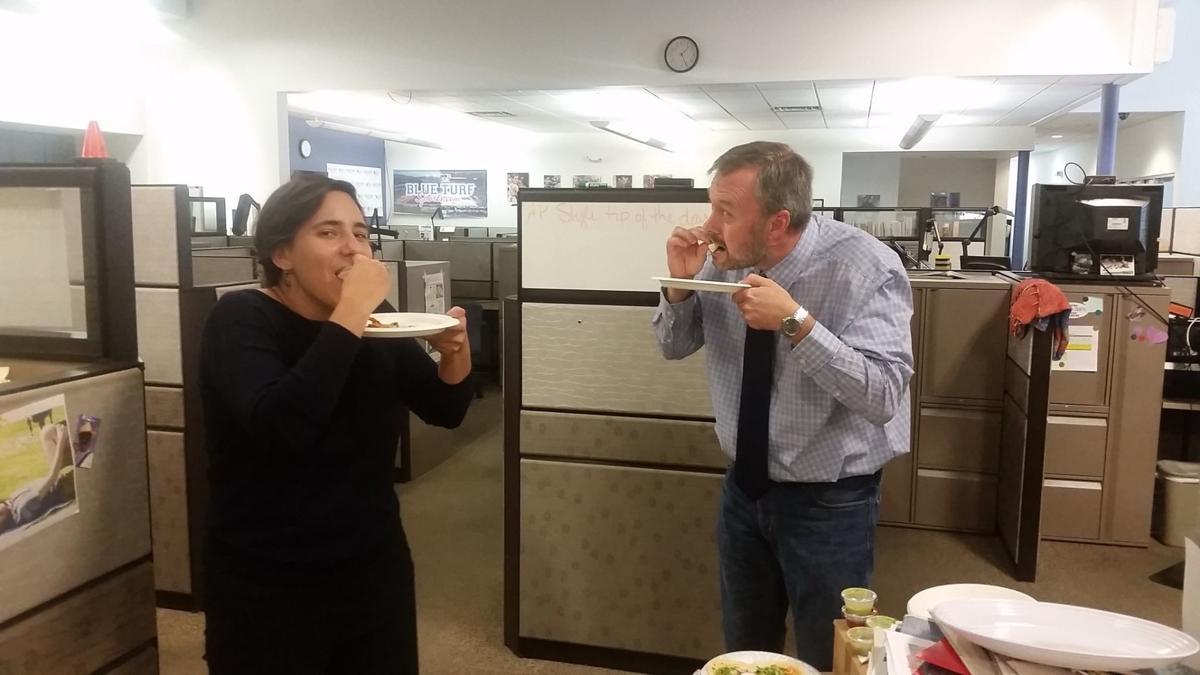 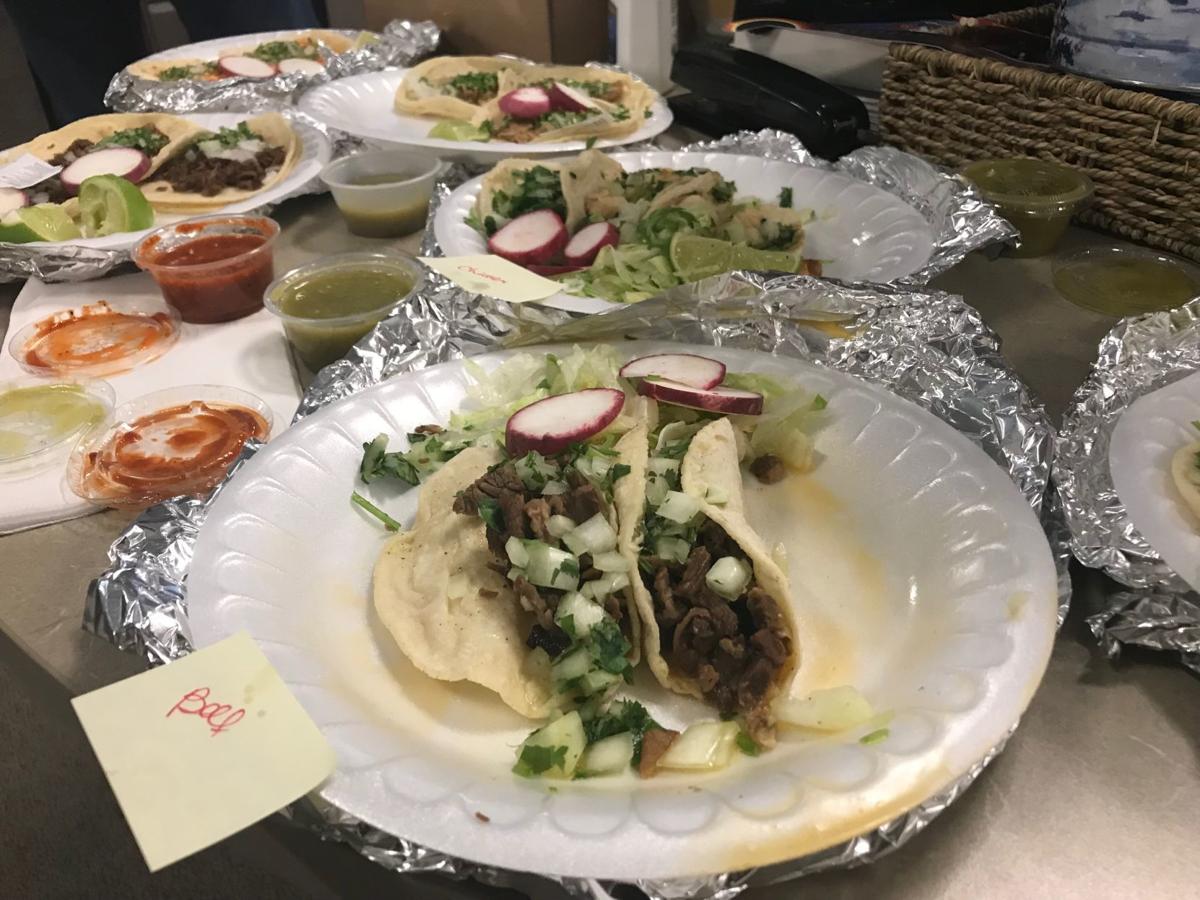 Tacos were labeled by their filling for this week’s Taco Trials: Take Five. 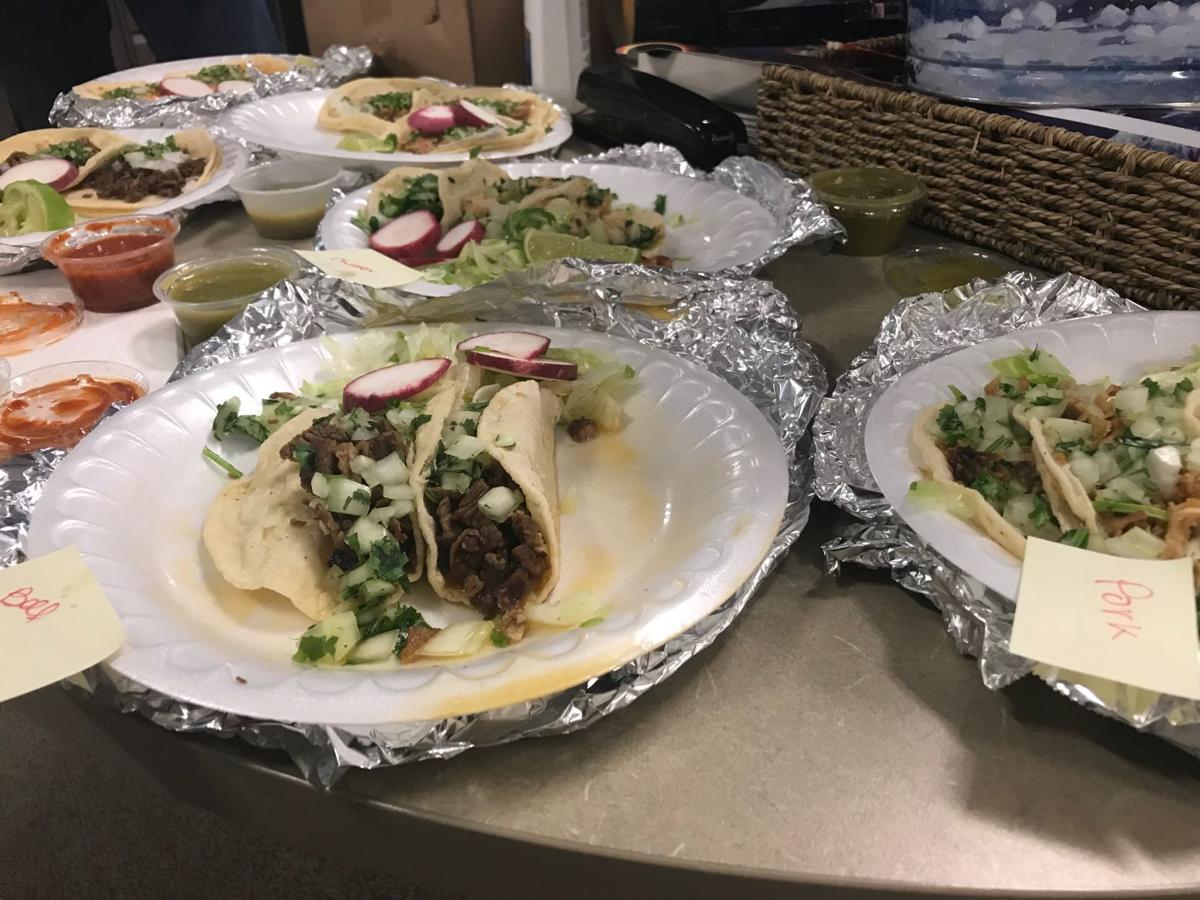 Taco Trials: Take Five, where we invited a reader to participate with a taco choice.

A variety of tacos on the plate for Taco Trials: Take Five.

Tacos were labeled by their filling for this week’s Taco Trials: Take Five.

Taco Trials: Take Five, where we invited a reader to participate with a taco choice.

When the cat’s away the mice ... break all the carefully constructed Taco Trial rules. Since Jeanne was happily on vacation and unable to stop us, the newsroom (really, just me, Nicole) revolted against Jeanne’s wise rules to challenge same filling tacos.

Instead, we chose to try carne asada (beef), carnitas (pork) and chicken tacos from two locations. That’s right, we were feeling ambitious. And hungry.

To further break our brains and stretch our mental resources, we also decided to crowd source the tacos that would compete with my selection — Tacos El Rey in downtown Caldwell ($1 tacos, 216 N. Fifth Ave.). Shout out to lovely reader Tim Rigsby, who requested we try Tacos Colima, also in downtown Caldwell ($1-$1.50 each, 517 Blaine St.). It was a fabulous choice, as the reviews that follow will show.

Editor’s note: I’m bummed I missed out on this and like the crowd-sourcing idea, it’s a keeper. — JH

Erin Bamer, city of Nampa reporter: Let’s get right to the chase. We followed a reader’s suggestion for one of the taco spots we tried this week. Dear reader, I don’t know who you are, but you have fantastic taste in taco trucks, because this place was amazing.

The steak tacos were by far the best tacos of the bunch. Great flavor, the beef was not super chewy or fatty, and there was a great ratio of meat to cilantro and onions. A close second was the same place’s chicken tacos. I wasn’t sure using chunks of chicken instead of shredded chicken would be the best way to go, but it brought a more clear and fresh flavor. The texture of the tortillas also stood the test of time, but were still soft and easy to bite into.

On the other hand, the carnitas tacos from Nicole’s place were probably my favorite pork tacos of the day. This brought me back to the very first taco trial we conducted, comparing carnitas tacos at two different taco establishments. I think if this taco was in contention that week, it would have gotten my vote. Wonderfully flavorful and tender and juicy. Two thumbs up.

Scott McIntosh, editor: Nicole’s: These were good. The beef tacos were flavorful and straightforward. The chicken tacos had shredded chicken in some sort of tasty sauce or rub. Decent but not over the top.

Other tacos: These were superior. Both in the beef and the chicken tacos, the meat was in chunks, and they were cooked and seasoned just right. In particular, the chicken was juicy and seasoned subtly so that each bite was satisfying. The beef, too, was tender and juicy and ever so slightly charred on the outside. Perfection.

The shredded pork tacos on the far right of the table (Tacos Colima) were the best. The green salsa was the best pair for it.

Tom Hesse, city editor: Technetium made its way onto the periodic table of elements sometime in the ‘30s. It’s a synthetic element, which means it’s not actually found anywhere naturally. There’s a couple dozen synthetic elements known to man and some of them decay in milliseconds.

That’s sort of my analysis on the street taco. It’s a marvel of humanity that we’ve evolved to create such a thing but it begins to decay nearly as quickly as it is formed — a Twinkie it is not. That’s not the street taco’s fault, it’s my fault for not showing up while they’re fresh. I’m actually not sure which tacos came from which location but they all seemed fine. If someone told me better tacos existed elsewhere on the planet I would probably believe them.