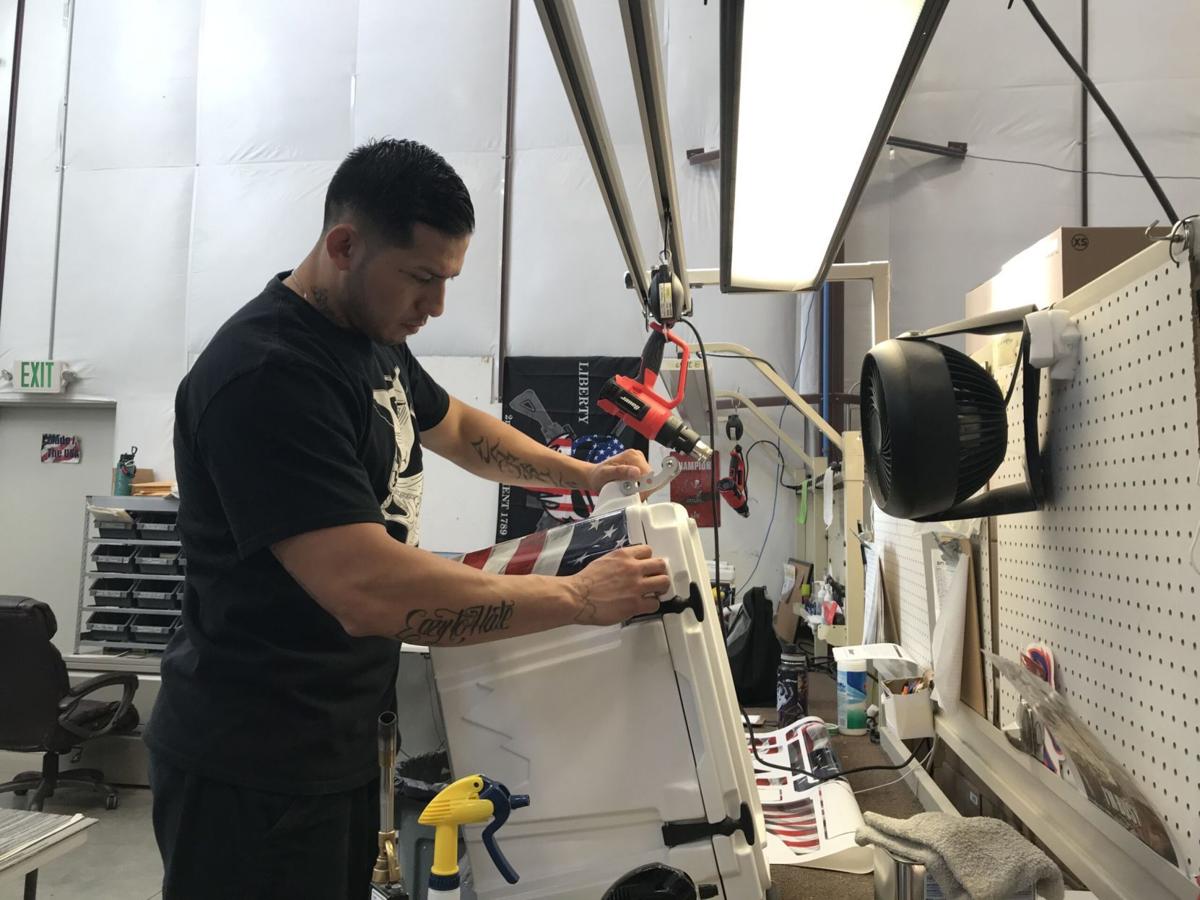 An employee of Cordova Outdoors puts a decorative wrap around a cooler in Nampa. 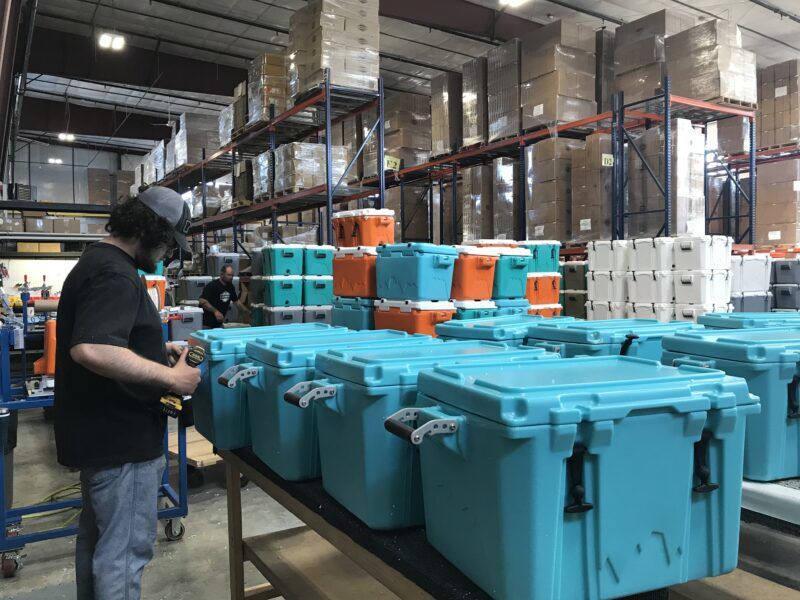 An employee of Cordova Outdoors attaches handles onto a row of coolers in Nampa. 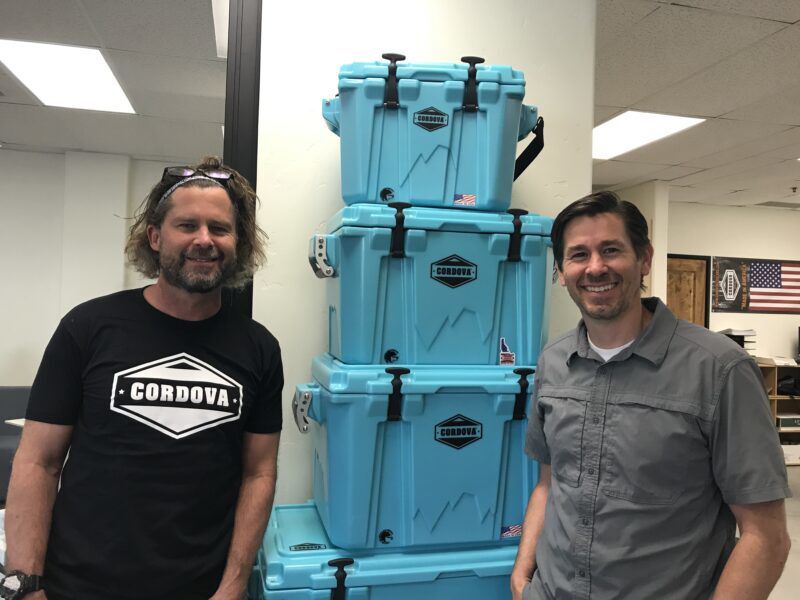 An employee of Cordova Outdoors puts a decorative wrap around a cooler in Nampa.

An employee of Cordova Outdoors attaches handles onto a row of coolers in Nampa.

If you’re looking for a new heavy duty cooler, look no further than Canyon County.

Nampa-based Cordova Outdoors has been under new ownership since mid-2020 and is once again ramping up production of insulated coolers, backpacks and water bottles. The company, founded in 2015, specializes in hard and soft-sided coolers with custom wrap designs in a variety of designs. They’re produced on-site in Nampa and shipped to national retailers, like Bass Pro Shops, across the country.

The company’s new owners Gentry Jensen and Jason Galloway, both have experience in the backcountry and wanted to sell a durable product to last customers for years.

“We know manufacturing has a cost and the best way to help preserve the outdoors we want people to get out and enjoy is to make something so well they only have to buy it once and it never ends up in a landfill,” Jensen said. “If the materials last a lifetime, then people will take care of their gear and their gear will take care of them. That’s what we think about putting into the marketplace.”

Cordova Outdoors started when a fisherman in Cordova, Alaska, wanted to build a better cooler. After years of perfecting the design, the company started manufacturing and distributing in Nampa, Idaho selling his new product. The mountain range design featured on the outside of all of the products is the outline of the portion of the Chugach Range overlooking the isolated city of Cordova.

Jensen, a former Navy Seal with decades of manufacturing experience, and Galloway, who also owns Boise-based Office Environment Company, met years ago in business school. When they saw Cordova Outdoors was struggling, they teamed up, bought the business, and revived it last year. Since then, they’ve rehired nearly their entire team and employ 40 people.

Galloway said the company has gotten a lot of support from the community both because of the durability of the product and because it’s made in America, unlike its competitor Yeti that is manufactured in Asia. Cordova Coolers also prices their coolers below what it costs to buy a Yeti.

“It’s so exciting to have customers come in and say ‘wow we love doing business with a local company,’” he said. “At the end of the day that’s when it’s come down to for us. This is a product that resonates with people because it’s an outdoor fun type of thing, but when we say it’s made here in America people resonate with that.”

An unlikely in a political controversy

The company picked up some momentum in 2018 when Yeti terminated a discount to National Rifle Association members in 2018, according to The Washington Post. The company said it ended the discount along with several other “outdated discount programs” and it was not a boycott due to political views on guns. In protest of the loss of the discount between Yeti and the NRA, members took to the internet and filmed themselves shooting Yeti coolers and vowing to find an alternative.

Cordova Coolers was named the official cooler of the NRA later that year. This controversy predates Jensen and Galloway’s ownership of the company, and both said the goal is to stay out of political issues in the future.

“We’re trying really hard to be apolitical other than being pro-America and take pride in the fact that we’re providing scores of people with a living wage to make a great product here in America,” Jensen said. “Politically, there’s no winning by taking a side on a political or divisive issue.”