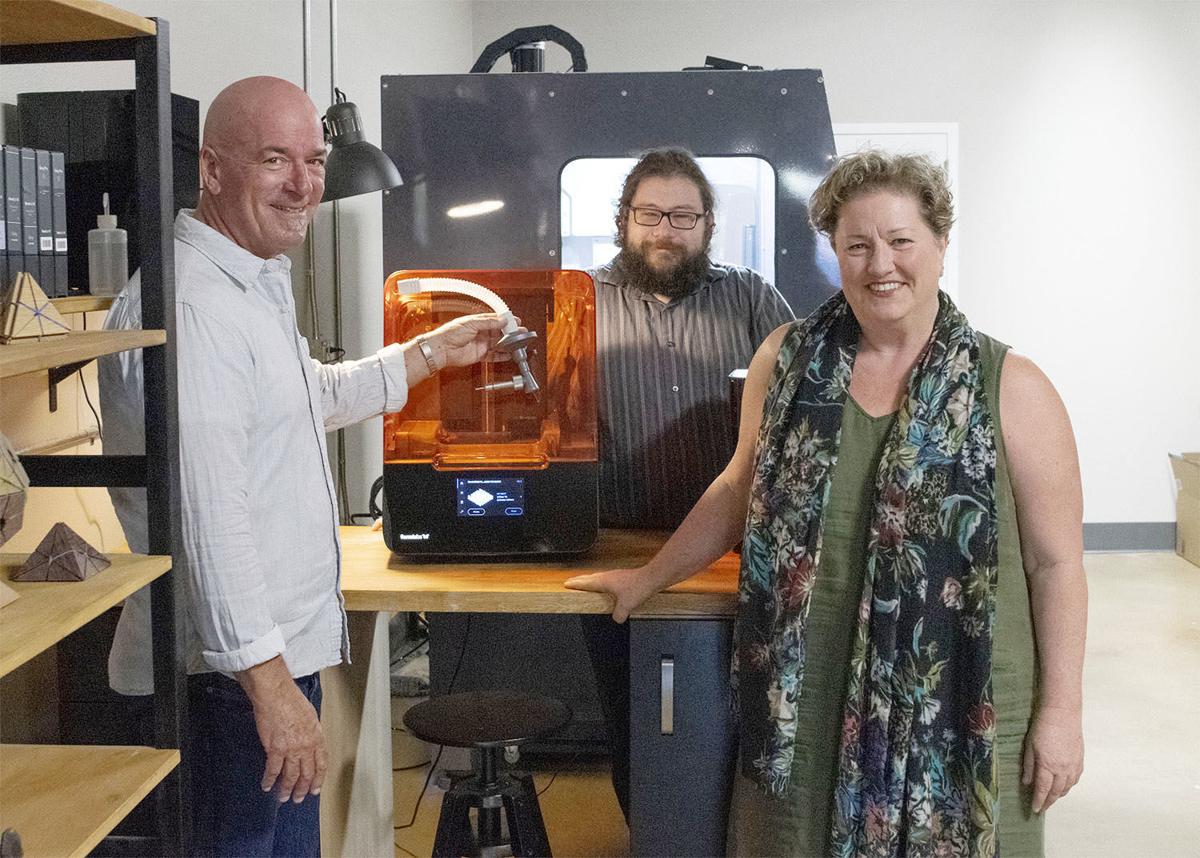 Above: Legacy US Inc. co-founders Jeff Dalton and Kim Reeves with Jordan Clifford, research and development and IT. They are hoping to take the Venspirator breathing device, which could help COVID-19 patients, from prototype to production. 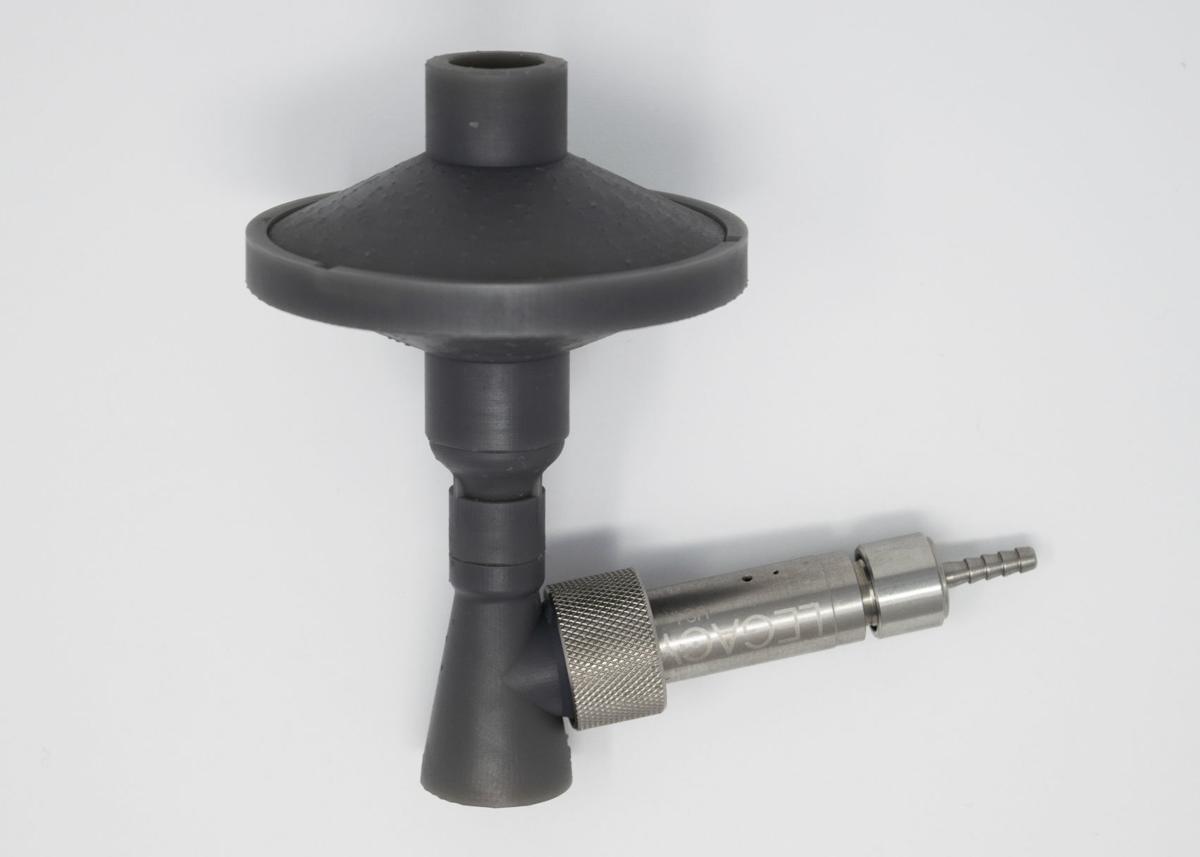 Above: Legacy US Inc. co-founders Jeff Dalton and Kim Reeves with Jordan Clifford, research and development and IT. They are hoping to take the Venspirator breathing device, which could help COVID-19 patients, from prototype to production.

Kim Reeves and Jeff Dalton moved their company, Legacy US Inc., to Boise from Silicon Valley in December 2019. Reeves, co-founder and CEO, and Dalton, co-founder and president, settled into the Treasure Valley over the next few months.

Keeping the company lean, Dalton doubled up as their delivery driver for some of their products, which include an inline regulator and cupholder designed to keep beer “really, really cold,” Dalton said. Customers included sports stadiums, breweries and bars. Then, COVID-19 came to Idaho, along with a shutdown that brought everything to a halt.

Over the following weeks, they, like scores of others, worried about the virus and thought about the fact that there was no cure or specific treatment to stop it. Then one day in April, Jordan Clifford, who works in research and development and IT for the company, had an idea to take the technologies they knew so much about — involving pressure, temperature and flow — to create a device that could be used to fight COVID-19.

“It was a humanitarian pivot that we hadn’t expected,” Reeves said. “But it was the right thing to do.”

And that’s how the idea for the Venspirator was born. The device takes the ideas from two others — a respirator and a ventilator — and combines them into a low-cost, portable breathing machine. It also does not rely on electricity.

“What we did was to make it mechanical and simple,” Dalton said. “It’s powered by pressure from the oxygen source; it’s not electronic. It’s very simple. There are only six parts to it.”

And because it’s small and portable, it has a wide range of applications.

“The idea of this is that you can do this at home,” said Dalton. “If you have the COVID-19 virus and you have a little bit of breathing problems, this could keep you out of the hospital.”

In addition, it could also have other applications for a variety of breathing problems, including asthma, high altitude training, and COPD, among others, Reeves said. And one of the best parts is the cost, she said, which runs about $100. “I had somebody say, ‘I want to get one for each member of our family.’”

Currently, they are waiting to hear back from the U.S. Patent and Trademark Office and have also applied for a grant with the National Institutes of Health for around $1.8 million to take the product from prototype to production.

They know that time is the enemy and are hoping to be able to get the Venspirator out and available to those with breathing difficulties due to COVID-19. They’re looking for bridge funding and have been talking with the Idaho Department of Commerce about ways to jump-start their efforts.

“We’re looking for introductions to anyone and everyone who could help us take this farther and quicker,” Dalton said. “We’re really treating this like it’s a life or death situation — because it is.”

Legacy US Inc. is working with a large network of universities and government agencies to quickly finish development on the Venspirator and bring it to market.

If you are interested in helping them achieve that goal, contact co-founder and president Jeff Dalton by phone or email: 415-706-7957 / jeff@legacy.us.