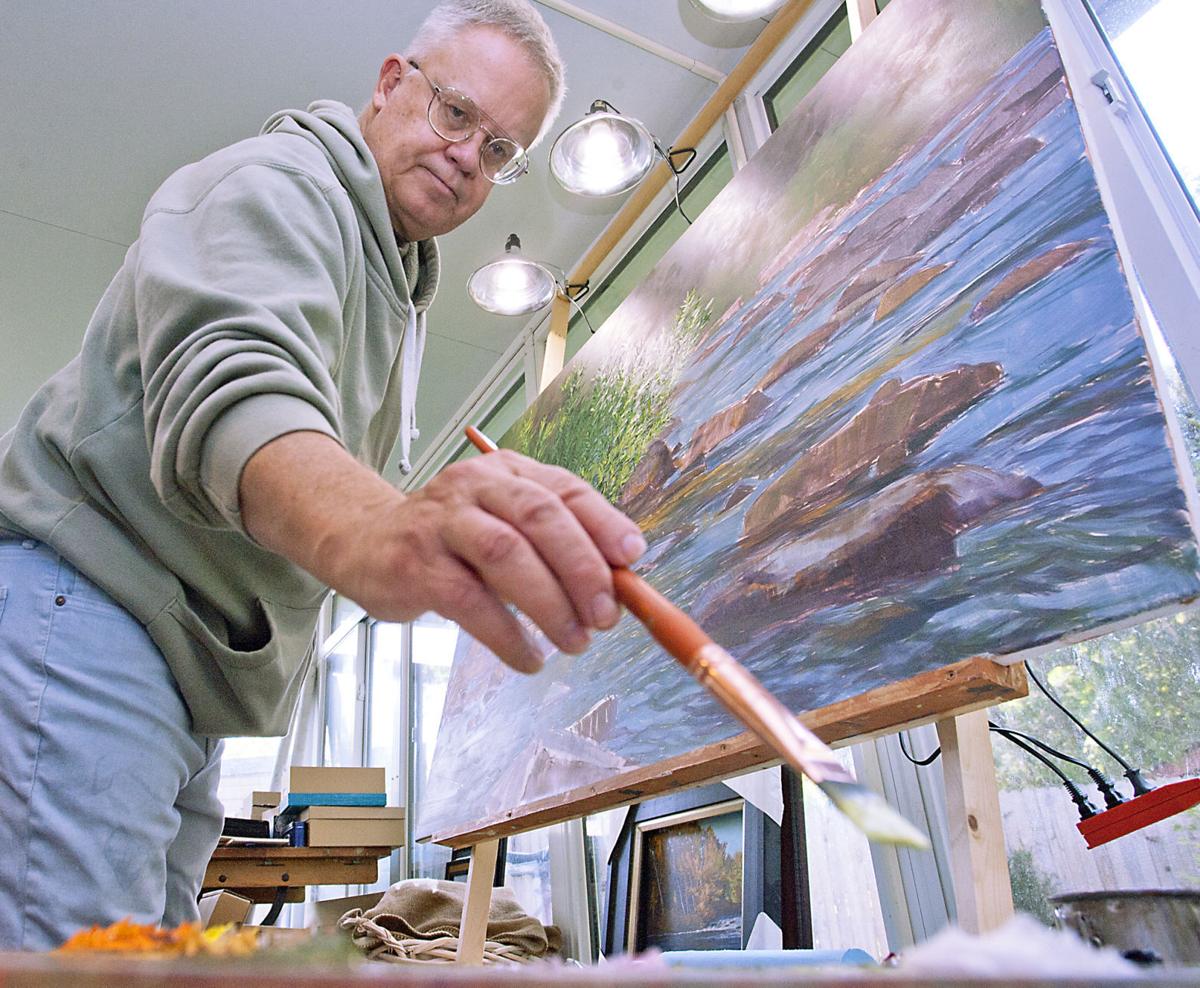 Mark Davis, Boise, is one of three Idaho artists with works in “The Great American Paint In, artists sharing their pandemic stories.” 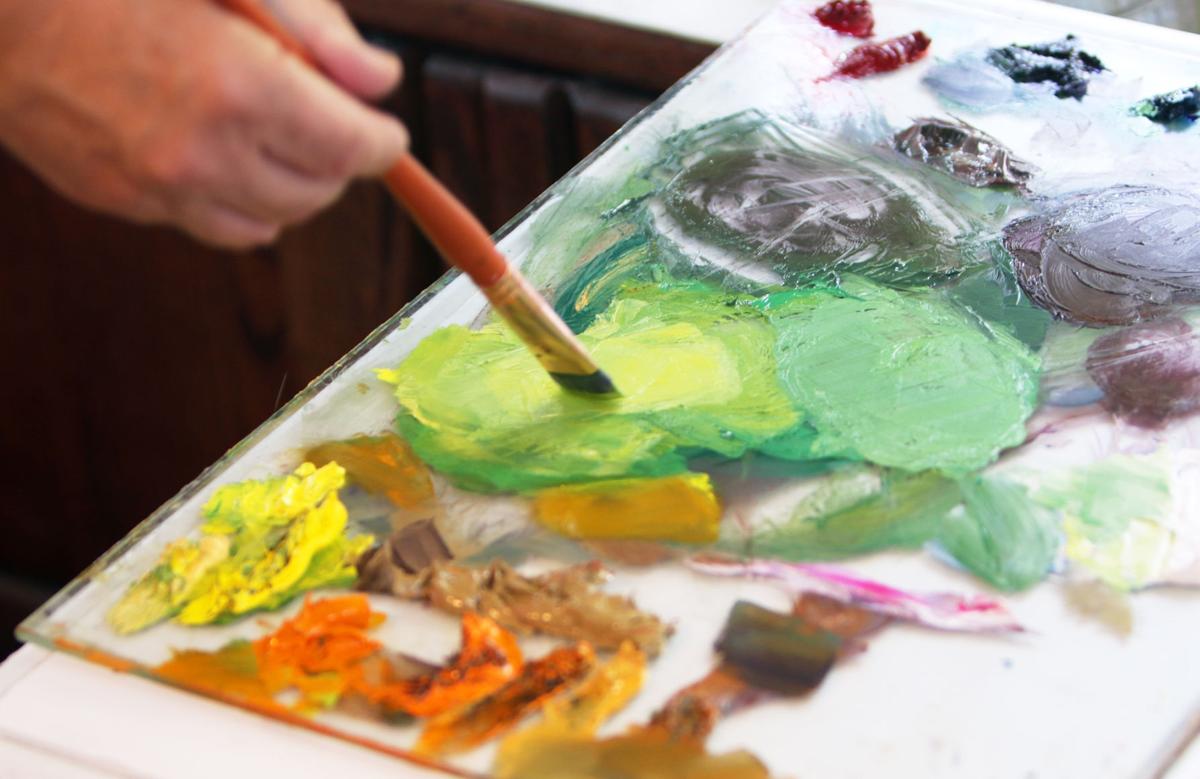 Mark Davis gathers paint from his palette while working on a commissioned painting in his studio. 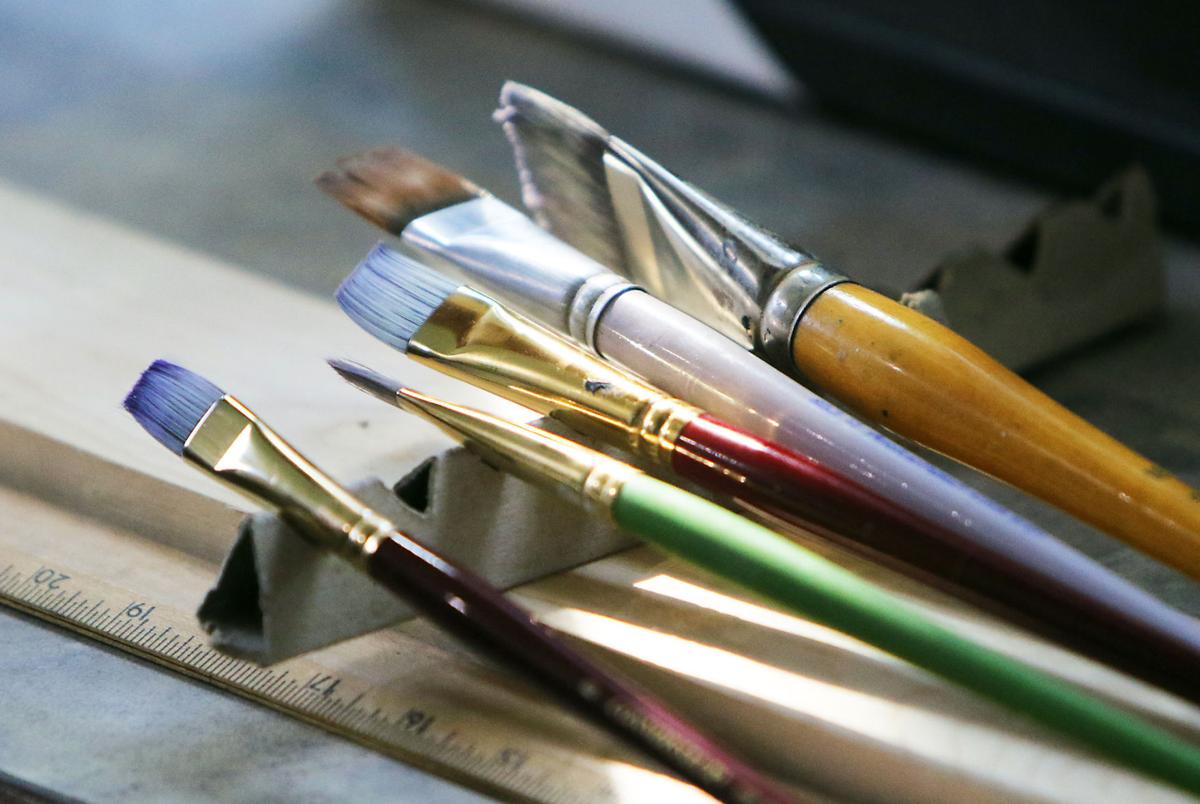 Artist's brushes rest at the base of a commissioned painting being worked on by Boise artist Mark Davis in his studio. 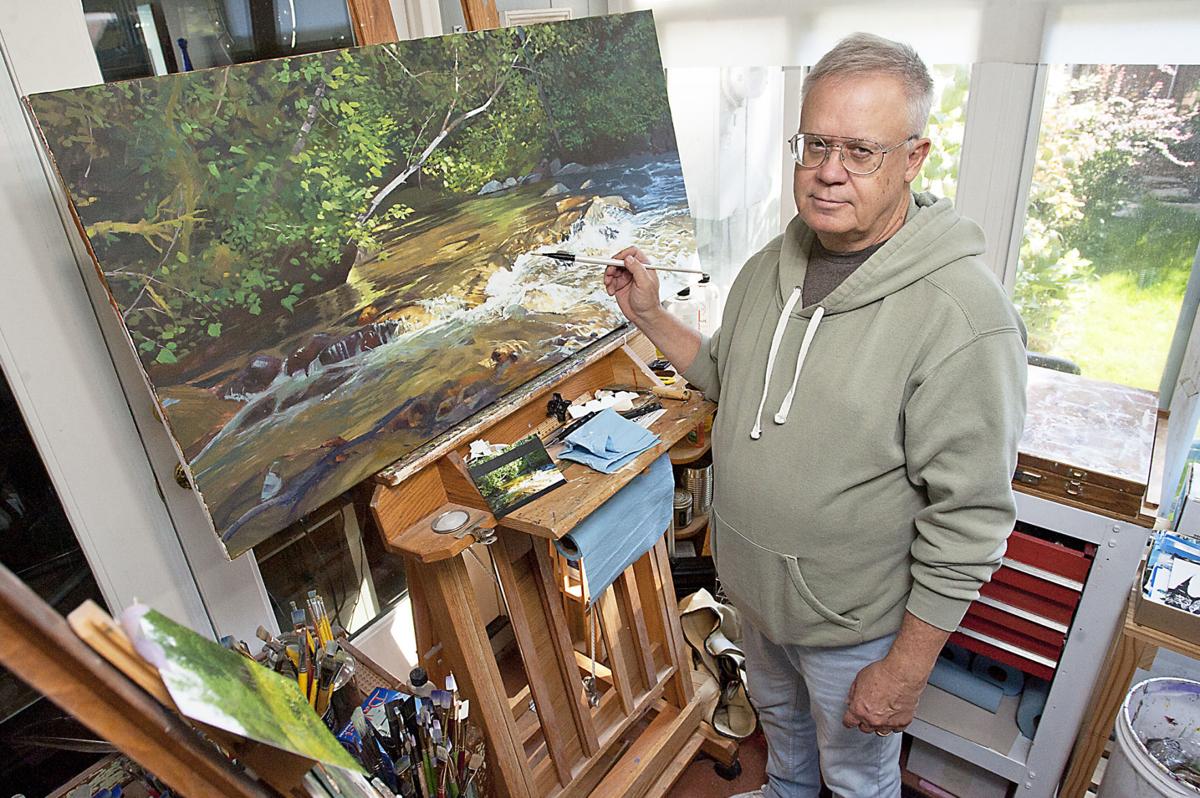 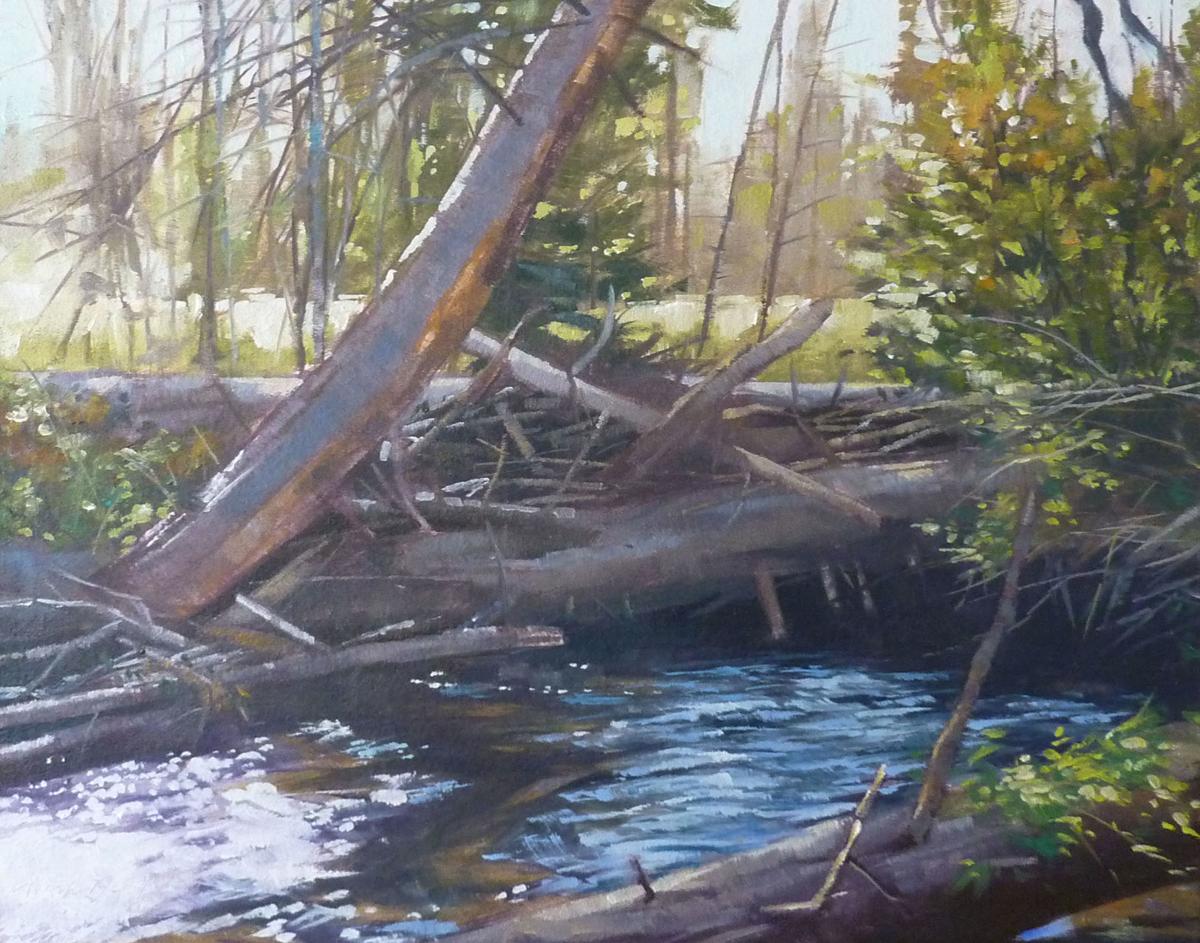 Mark Davis, Boise, is one of three Idaho artists with works in “The Great American Paint In, artists sharing their pandemic stories.”

Mark Davis gathers paint from his palette while working on a commissioned painting in his studio.

Artist's brushes rest at the base of a commissioned painting being worked on by Boise artist Mark Davis in his studio.

Artists have been documenting history in the making through their art since the dawn of time. Why would this moment be any different? It has spawned at least one encompassing art project featuring art created about this pandemic.

A brainchild of art collector and gallery owner Bill Weinaug (rhymes with “why not”) and his daughter who is now living in Barcelona, Spain, The Great American Paint In is a nationwide project that hopes to feature artists from all 50 states. The art must be inspired by the pandemic, and there is a marketplace on the website, thegreatpaint-in.com. The contributing artists get to pocket most of the money from the sales. The primary goal, though, is to produce a coffee table book of all of the art that will be available when “this is all over,” Weinaug said.

“I’ve collected art my entire life,” he said, “and when the pandemic hit, I realized we needed to take on a bigger role and document what’s going on. We’re trying to do something significant to document the pandemic through artists’ eyes, to capture their emotion and what they’re thinking. … How do you paint emotion?”

Weinaug said he is proud that the proceeds from the sales go to those making the art. “The lion’s share goes to the artists,” he said.

While each artist can only have one piece of art displayed and for sale on the marketplace website at a time, if their piece sells, they can submit another. How are the artists selected? “We have a jury that helps us select the artists,” Weinaug said. “We’re looking for the most incredible artists out there today.”

And while artists may submit multiple art works on line, only one per artist will be included in the final art book. The total number of artists will hopefully coincide with the 50 states in the union. “We’re looking for at least one per state,” Weinaug said. “We’re still writing this story. It’s being written by these artists.”

Weinaug said at the beginning, there was a lot of concern about the project’s timeline. “There were people who said, ‘oh my God, you better hurry up — this pandemic’s going to be over soon. You’ll miss your opportunity.’”

While that scenario did not play out, Weinaug said he would have been just as happy if it had. “Hopefully, this ends soon … but we’re continuing collecting this history. In past pandemics, the history was kind of lost.”

Idaho artists who have contributed art to The Great American Paint In include: Sue Tyler of Tetonia, Bonnie Zahn Griffith of Meridian and Mark Davis of Boise.

“I’ve been here in Boise for about 20 years,” Davis said, “and I’ve been painting professionally for about 15 years — mostly landscapes, oils.”

Davis admitted he had been a bit depressed when taking on the project. Normally, he would be working on an upcoming event or show. Plus, the initial phase of being shut inside didn’t help, he said. “It’s one thing if you don’t want to go out; it’s another if someone says you can’t,” he said. He initially began this painting “to get out of a slump.”

The painting he ended up submitting is of a log jam he once came across. “I think that log jam is over by Smiley Creek Lodge south of Stanley. I like to fish and hike and I take photos while I’m out and then paint later,” he said of his process.

So — a log jam. Was it a physical representation of how he was feeling? “That’s an interesting observation,” he said. “Psychologically that’s what attracted me to it. Plus, I needed to find something difficult to focus on. I thought, ‘I’ll try this because I’ll never be able to do it.’” It was also a way, he said, “to take my mind off of everything else.”

Weinaug said the theme Davis took on was fairly universal. “He was somewhat depressed … it’s kind of how many of us are feeling. You’ll see a lot of artists telling that story, their concern about the future. A log jam certainly does represent where we are right now.”