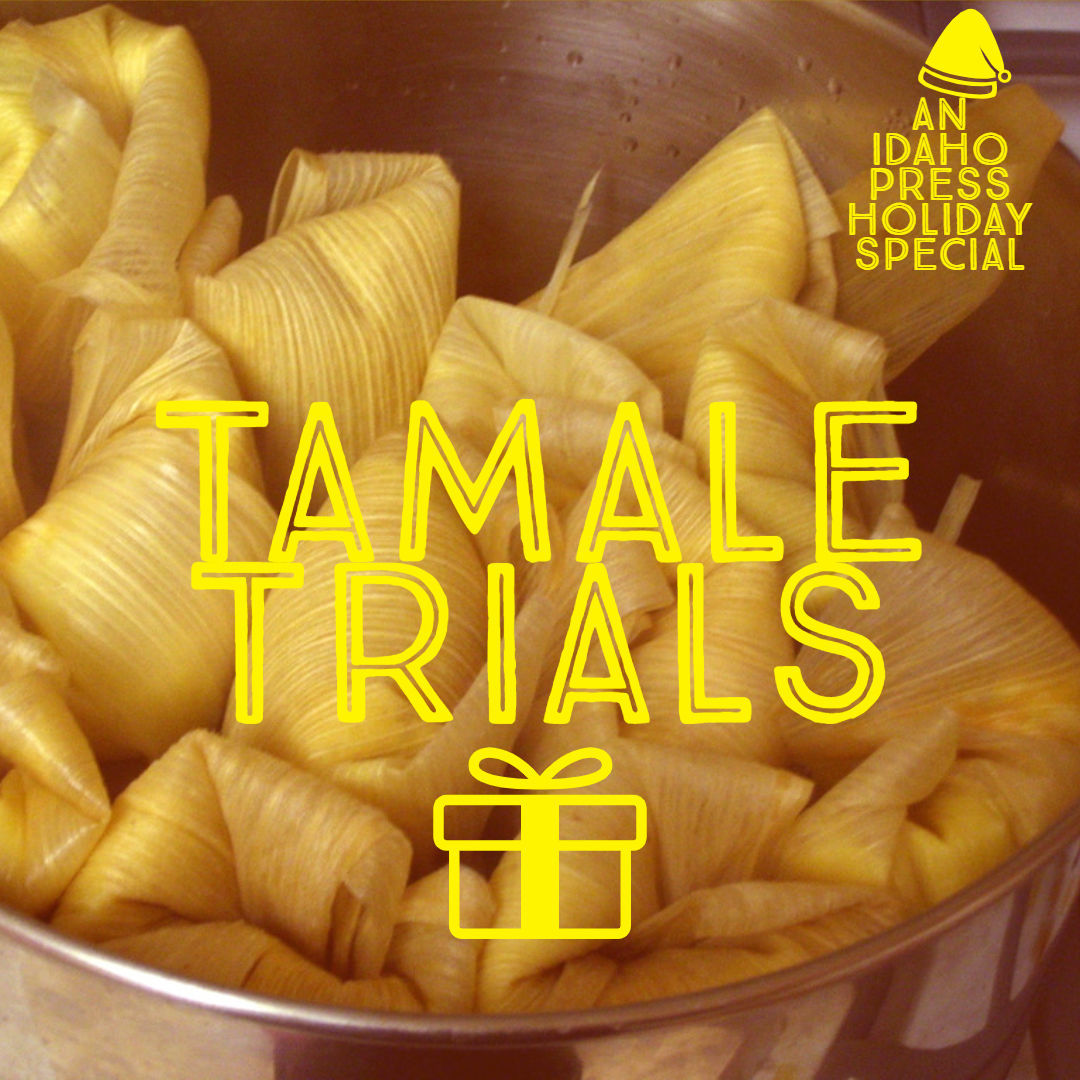 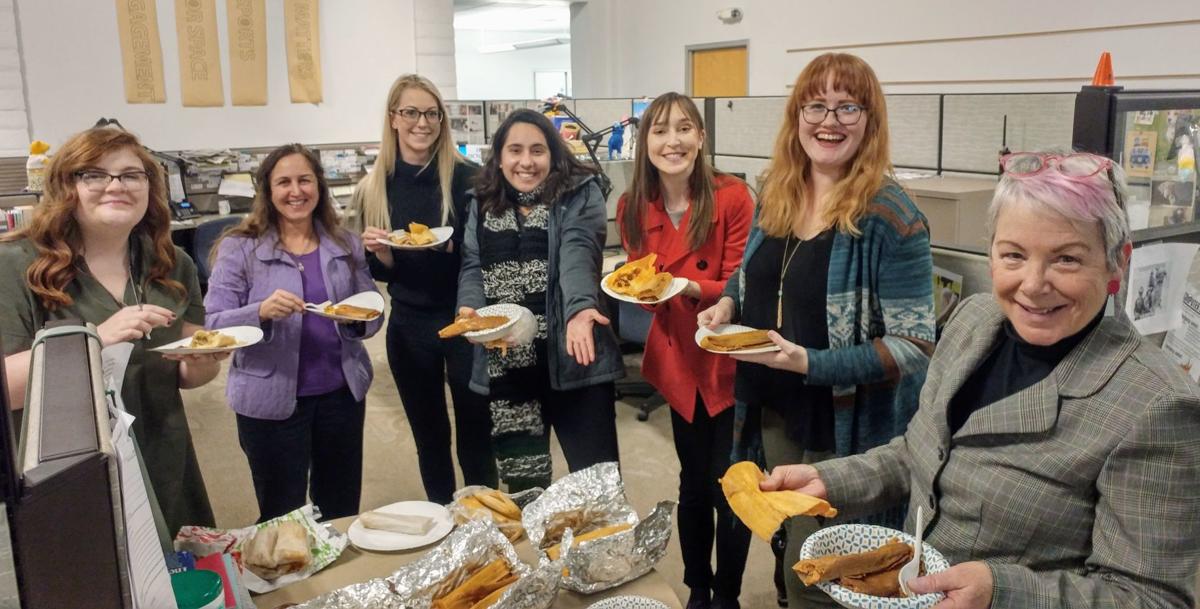 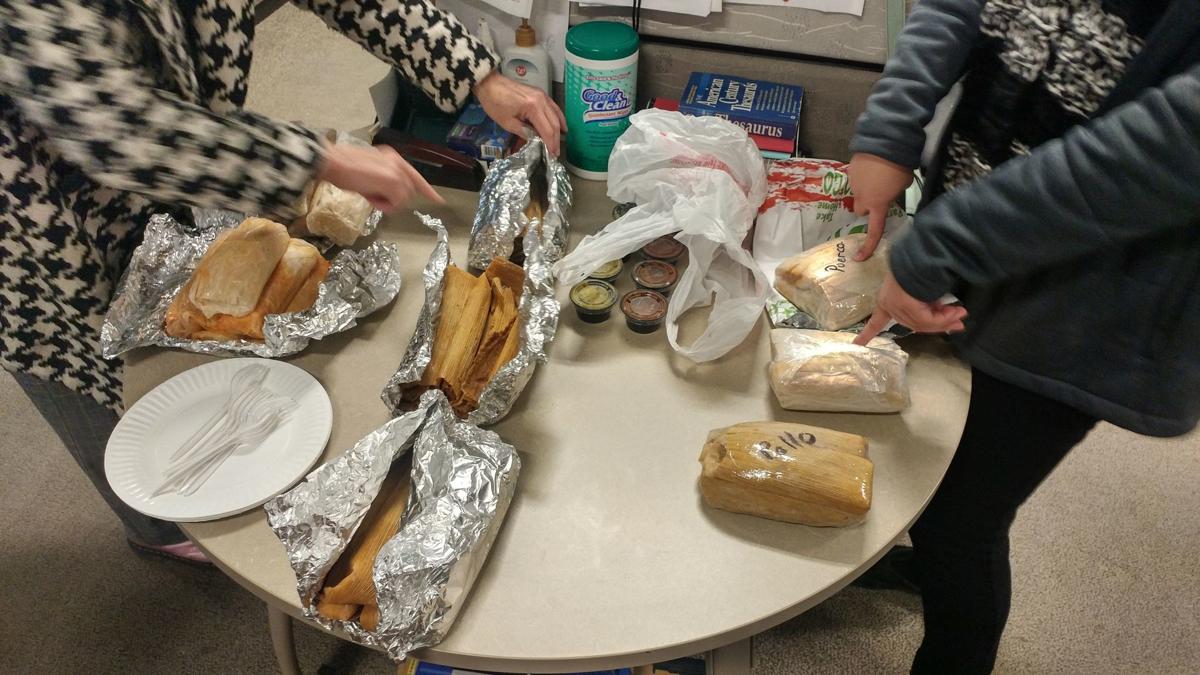 In a perfect world, tamale day would be at least once a week. To me, tamales are the ultimate food package: savory meat and cheese or peppers and cheese encased in a pillow of warm corn masa. Oh, and don’t forget, they come like little gifts, food presents wrapped in corn husks.

Whenever I try a new Mexican restaurant for the first time, I always order the classics — a taco and a tamale. A taco is simple but elegant and there are many ways you can mess that up by overdoing one element or another.

But the tamale — the tamale is not so easy. The masa has to work in a Goldilocks way — not too thick, not too thin, but just right. I mean, the masa cannot overpower the meat or veggie and cheese filling. And that goes ditto for the filling — it only works when all of the flavors are dancing together, when there’s a flavor dance in your mouth.

All right, enough of the waxing poetic over the tamale. I’m just saying — done right, it’s a thing of beauty and a joy forever; but if one of the notes comes on too strong, the whole thing falls flat.

So, in case you are wondering, Nicole and I are taking a taco break. This week, it’s all about the tamale.

Taco trials, tamale edition: Jeanne vs. Nicole. We decided to pick up a variety of fillings, just from different places. As always, we each brought dozens of tamales to the newsroom, where our faithful taste testers were waiting with bated breath.

The setup/Jeanne: Tony’s has been around for 25 years. When I called in my order, I talked with Eric Chavez, Tony’s son. He told me that now his son helps out, too, so “we have three generations working for us,” said Chavez. They also have a variety of other items including tacos, burritos, nachos, breakfast tacos and rice and beans. They have a taco truck, but “we don’t really sit anywhere,” said Chavez. They also do catering but the best part, I think, is that they deliver. They delivered aluminum foil wrapped packages of tamales with three different fillings: beef; green chile, cheese and chicken; and jalapeno pork. Tamales are $3 each.

Nicole’s picks: La Ranchera Market, 122 Holly St., Nampa. Chicken, pork and tamales de rajas (roasted pepper). Place special orders of a dozen or more any time during the week over the phone. $1.50 each, $14 for a dozen.

The setup/Nicole: In order to provide an authentic tamales experience for my Idaho Press co-workers, I knew the most important thing was to get a ridiculous amount of tamales. You aren’t supposed to just eat tamales; you must gorge yourself on tamales until your friends, family, or co-workers have to roll you out of the room. It’s a rule.

I featured both La Ranchera Market in Nampa and Carniceria Mi Tierra in Caldwell in our list of the best places to buy tamales in the Treasure Valley this year, so I thought it was only fair that our newsroom try what our readers are (hopefully) enjoying. Both places are great Mexican markets with a wide variety of products and food. Most importantly, you can order large batches of tamales for your holiday parties or families as long as you call far enough in advance.

Jeanne Huff: Oh boy, did I love this week’s trial. The thing to remember, though, is tamales are more formidable than tacos, which are kind of light and airy in comparison. Tamales are like the Mexican food equivalent to the American meat and potatoes — in other words, they fill you up and stick to your ribs. I say all of that because I simply couldn’t eat one of each. At first, I did, but then, I was begging folks to share — I just wanted a bite of each to compare.

Here’s my breakdown: Nicole’s tamales from Nampa were my least favorite. The corn masa completely overwhelmed the meager pork filling. There was no singing. No dancing. The green chile and cheese tamales from Caldwell were pretty darn good but this time, the corn masa seemed a bit underdone. My two top picks went to my pick, although the beef tamales were not one of them — they were flavorful enough but dry and too chewy.

My runner up was the green chile, chicken and cheese tamale, so flavorful, tender and just the right proportion of masa to filling. Winner of the day, song of my mouth, goes to the jalapeno pork tamales. My taste buds are dancing just thinking of them. Delicious.

I made sure to order the tamales de rajas (cheese and roasted peppers) so that our lone vegetarian, Savannah, could finally join the rest of the newsroom in our taste-testing adventure. However, those ended up being my absolute favorites — along with the green chile. The cheese in both of those tamales made them perfect — just be prepared for the spiciness.

Overall, the tamales were all delicious and a great object lesson in how every tamales recipe is different. The ones from Carniceria Mi Tierra in Caldwell seemed to have a lot more masa than the others; Jeanne’s (Tony’s Tamales) were long, skinny and packed with meat; and the tamales from La Ranchera in Nampa were huge and spicy. Now, I’m heading home to convince my mom to test out a tamales de rajas recipe this year...

Holly Beech, assistant editor: My favorite tamale was the chicken/green chile tamale from Jeanne’s place. The cheese (cotija) really made it stand out, and the green salsa was the perfect complement. I also liked this entry the best because it had less masa (the corn flour) than the others, making it more moist and flavorful.

Erin Bamer, Nampa reporter: My tummy is so happy right now as I write this review.

What a wonderful holiday surprise to have a spur of the moment, tamale trial right before Christmas. And boy, was it a trial. We had eight different types of tamales from three different businesses, and I will freely admit I did not try every single one. I only had a taste of four tamales, so maybe that compromises my judgement as a taste tester. You can be the judge of that.

I had some of a traditional chicken tamale that Savannah brought based on Nicole’s recommendation, a chicken and green chile tamale from Jeanne, a bite of a cheese and chile tamale from Nicole and a pork tamale from Nicole as well. Each tamale brought something different to the table and packed a solid punch of flavor. I’m not sure if I prefer the tamales to our regular taco trials, actually. Overall, I would say the tamales had more of a special flavor to them, but the tacos are by far way easier to eat.

In the end, my favorite tamale is a tie between the chicken and green chile from Jeanne’s place and the pork from Nicole’s place. At first, I thought Jeanne’s taco was going to run away with it all. The flavors were great, and the tamales packed a little surprise with some cotija cheese, which really elevates the flavors and textures to a new level. But those pork tamales I tried last really impressed me. The pork was prepared really well and had great flavor, even though it was more traditional. I really can’t make a call between the two.

Emily Lowe, Nampa public safety reporter: I ate my way through four different tamales. Three that I had were amazing! One was a pork jalepeno tamale with much less masa than the other tamales. I liked the masa to meat ratio on this one. I had another pork tamale from a Nampa location which had more masa but was also moist and deliciously flavored. I even enjoyed a vegetarian tamale with cheese and peppers. There was one chicken taco that was too dry for me. I don’t really think I can choose a favorite, but I can say I enjoyed this holiday edition.

Tom Hesse, city editor: The corn dog’s origin is a matter of dispute.

The favored fare of middle schools and unlicensed carnivals alike was invented sometime between 20th Century American wars, the internet tells me, and has been partly credited to German immigrants. Anyway, I figured this out when looking to see if the corn dog was some kind of tamale rip off. Meat encased in a corn-based dough/batter? Can’t be a coincidence.

I don’t think tamales are corn dogs, but I could be convinced they share a distant ancestor. Tune in next week when we ask the question: Are Pop-Tarts the thinking man’s crepe?

Savannah Cardon, Caldwell reporter: Considering I may be the only vegetarian in the newsroom, I didn’t have a whole lot of options to choose from when it came to these tamale trials, but Nicole’s cheese and chili tamales did not let me down. They were incredible. The taste of the masa mixed with the gooey cheese really satisfied my taste buds. Be warned though, if you try these tamales, you better have big glass of water nearby. The chiles were a bit too spicy, but did add a nice flavor overall.

Patty Bowen, Meridian Press reporter: Nicole’s tamales: You can’t go wrong with a good tamale and fortunately, both of these were excellent.

Jeanne’s pork tamales were light, packed with pork, and very moist. I bit into this pork tamale and it felt like the clouds parted. My bad mood went away; I’m pretty sure my skin cleared up. I want to drink more water and take better care of myself. I renewed my gym membership. I want to have a wedding just so I can serve this pork tamale at my wedding.

Nicole’s chicken tamales were good. They had a delicious, spicy vibe with a very authentic corn shell. In all honesty, they were delicious, just not as good as Jeanne’s.

Consensus: Hurry and order some tamales for Christmas! Or, anytime. In a perfect world, that would be at least once a week. Also, besides those listed here, you can check out some others that Nicole wrote about in an earlier tamales for Christmas story, “Tamales and family.” It is on our website.

So, there you have it. Another Taco Trials come and gone.

Oh, yeah, you might want to mosey on over to our website and check out our new Taco Trials page, complete with a map — it’s got all the places we’ve sampled so far, so it’ll make your own Taco Trials tripping a little bit easier! Just go to idahopress.com and click on Taco Trials in the Community section.