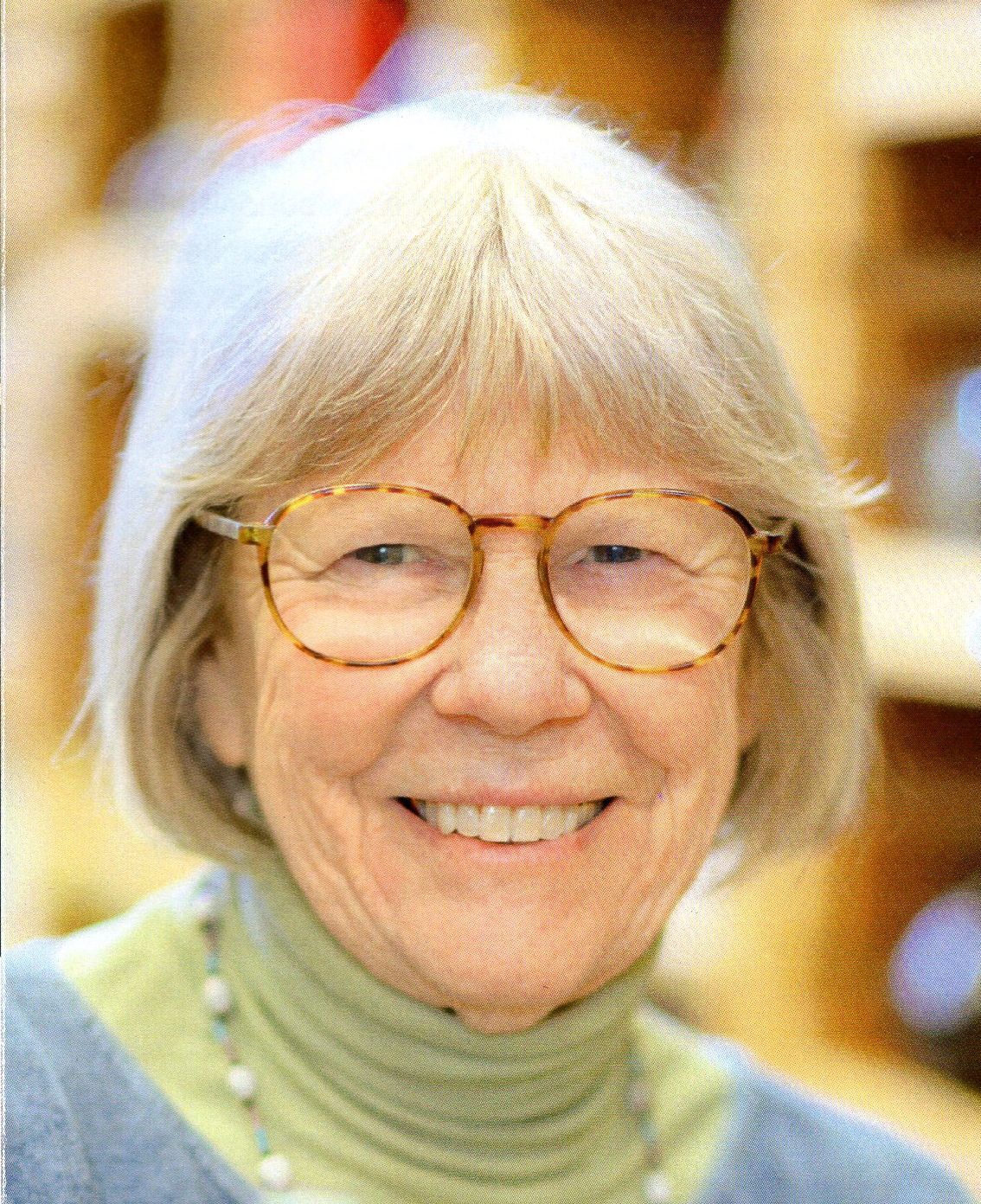 Priscilla Wegars has a newly published book about an Idaho icon: "Polly Bemis: The Life and Times of a Chinese American Pioneer." 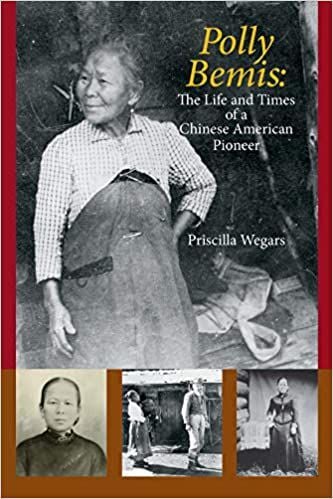 Priscilla Wegars has a newly published book about an Idaho icon: "Polly Bemis: The Life and Times of a Chinese American Pioneer."

I am a big fan of Polly Bemis. I first found out about this Idaho icon before I even moved to Idaho. My dad, Ken Huff, who was a big history buff and fan of Idaho history especially, bought me the book “Thousand Pieces of Gold,” which was written about Bemis’ life. A movie, of the same name, was released in 1991. I watched the movie again, recently. It’s a bit dated, but still, I loved watching it. And I also enjoyed discussing the book and movie with my book club on Zoom last summer. It was cool to be able to share what I know about this diminutive yet strong as steel woman with others who haven’t been in Idaho long enough to have heard about her.

All of that to say when I heard there was a new book about her, I was intrigued. Especially when the press release had this to say:

“The harsh and untamed landscape of the Salmon River wilderness provided many challenges for any who attempted to forge a living in the mountains of central Idaho. This was especially true for the Chinese woman, Polly Bemis, who had been smuggled into the United States in 1872 and sold into slavery in Portland Oregon. The story of this remarkable woman’s journey to Idaho, and eventually into Idaho’s Hall of Fame, is one that has been fictionalized in film and which has become the stuff of legend.

The newly published book ‘Polly Bemis: The Life and Times of a Chinese American Pioneer’ tells this story.”

But then I read this and the intrigue was turned up 100 degrees:

“Author, and director of the University of Idaho’s Asian American Comparative Collection, Priscilla Wegars believes that it is time to set the record straight on this important Idaho story. ‘Polly Bemis, the mistakenly named Lalu Nathoy of books and film, was forcibly brought to the United States, and to Idaho Territory, in 1872 when she was just 18. In 1894 she married a Euro-American man, Charlie Bemis, and they moved to a mining claim on the remote Salmon River; Charlie died in 1922 and Polly died in 1933. Since her death, Polly Bemis’s life has been greatly romanticized. Supposedly, she was a prostitute, Hong King was her Chinese owner, and Charlie Bemis won her in a poker game. Not one of these statements is true.”

I contacted Wegars via email and sent along some questions. While she didn’t reveal quite everything (that’s why there’s a book), she does talk about why and how she took on this project, and what we, as readers, can expect.

Jeanne Huff: In your new book, “Polly Bemis: The Life and Times of a Chinese American Pioneer,” you say it’s time to set the record straight about this Idaho icon. I’m thinking that you are referring to a book written about her life, that also became a movie, “Thousand Pieces of Gold,” in which Bemis’s life was highly romanticized. First, why did you decide to take this project on, and what elements of her life were falsely portrayed in the book and movie?

Priscilla Wegars: In 1988, a University of Idaho student, an undergraduate in history, came to me wanting help finding out more about the Chinese in Idaho for a term paper she was writing. She gave me a copy of the finished paper, which drew partly on an interview she had with an uncle who lived in Warren in 1924, when he was a boy. Then, Polly Bemis had been living there since November 1922, after her husband, Charlie Bemis, had died. She was waiting for her neighbors on the Salmon River to rebuild her home which had been destroyed in a fire. The uncle stated, “Polly wasn’t won in no poker game.” That was intriguing, because I had already heard the supposed “poker game story” and believed it to be true.

During subsequent research, on and off over several decades, I realized that there were other myths about her that needed to be dispelled, mainly, that “her Chinese name was Lalu Nathoy,” “she was a prostitute” (in the movie but not in the book), and “her Chinese owner’s name was Hong King.”

JH: As the volunteer curator of the University of Idaho’s Asian American Comparative Collection, you’ve no doubt studied Bemis as a scholar. Were you surprised to find out things about her that were previously unknown as you were conducting research? What was most surprising and why?

PW: Most of what I learned about Polly Bemis was, or should have been, already known to other writers. The difference is in how we interpret the available information. For example, in the 1880 census, when she is listed as living with Charlie Bemis, an easily overlooked mark in one column indicates, surprisingly, that Polly was a widow. Research into Chinese customs led me to realize that Polly’s Chinese owner in Warren would have purchased her as his concubine — a woman who was rather like a “mistress” in our customs, but who in China, at that time, was a legally recognized member of the man’s household along with his primary wife (the Warren Chinese man’s wife remained in China). As a Chinese concubine, Polly was “like a wife.” If her owner died or returned to China without her, she would have considered herself “like a widow.”

Because so little was known about Polly Bemis’s daily life, I was particularly surprised to find the wealth of detail about it that was contained in the diaries written by her Salmon River neighbor, Charlie Shepp. I was also delighted to locate a few photos of her that don’t seem to have been published elsewhere.

JH: After becoming so intimately acquainted with Polly Bemis, what do you most admire about her and why?

PW: I admire her perseverance and good humor. She overcame very difficult circumstances (sold by her parents, probably abused by her subsequent owners, forcibly brought to a country where she knew no one nor the language) and made a rich and fulfilling life for herself in Idaho. Polly Bemis can be an inspiration and a role model for us even today. Under the primitive conditions of her time, she faced ceaseless toil from sunup to sundown, but conquered this adversity with few complaints, with a cheerful spirit, and with gratitude for small pleasures such as visits from friends. Polly epitomized the saying, “When life hands you lemons, make lemonade!”

JH: Why do you think Bemis’ is such a beloved Idaho story?

PW: Polly Bemis was a unique individual who overcame both racial prejudice and sexual discrimination to unknowingly become a bridge between diverse people, whether Euro-American or Chinese. All who knew her have said, in one way or another, “Polly was a wonderful person and everybody loved her.”

JH: What is up for you next, do you have another book coming?

PW: “Never say never,” but no. Earlier, I interrupted “Polly” to write two books on northern Idaho’s World War II Kooskia Internment Camp. If you aren’t familiar with them, they are “Imprisoned in Paradise” (2010) and “As Rugged as the Terrain” (2013).

It’s time to “pass the torch” to the next generation of researchers and writers!

PW: To all your readers — get busy researching and writing. Especially non-fiction rather than fiction. For example, you could transcribe and annotate family letters and diaries. Even if your efforts don’t get published, you can put copies into local libraries and historical societies so that future generations will benefit from your efforts.

WHAT: Zoom discussion with author Priscilla Wegars on her new book "Polly Bemis: The Life and Times of a Chinese American Pioneer."

WHERE: hosted by Rediscovered Books, you can register on the website: rdbooks.org.

COST: This event is free and open to the public.

"Polly Bemis: The Life and Times of a Chinese American Pioneer" is published through a joint publishing agreement between Caxton Press of Caldwell and the University of Idaho’s Asian American Comparative Collection. The book is now available at local bookstores and at caxtonpress.com.