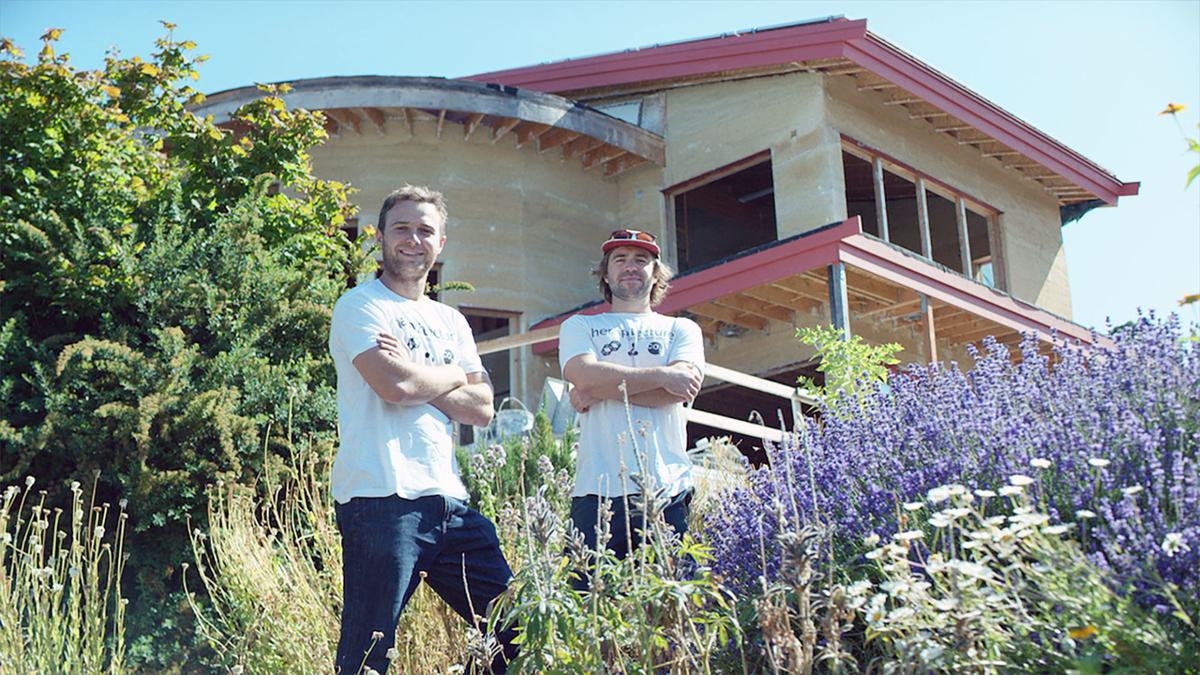 Tommy Gibbons and Mattie Mead are co-founders of Hempitecture, a company that makes sustainable buildings in Idaho and across the U.S. by using hemp fiber to create a material called “hempcrete.” 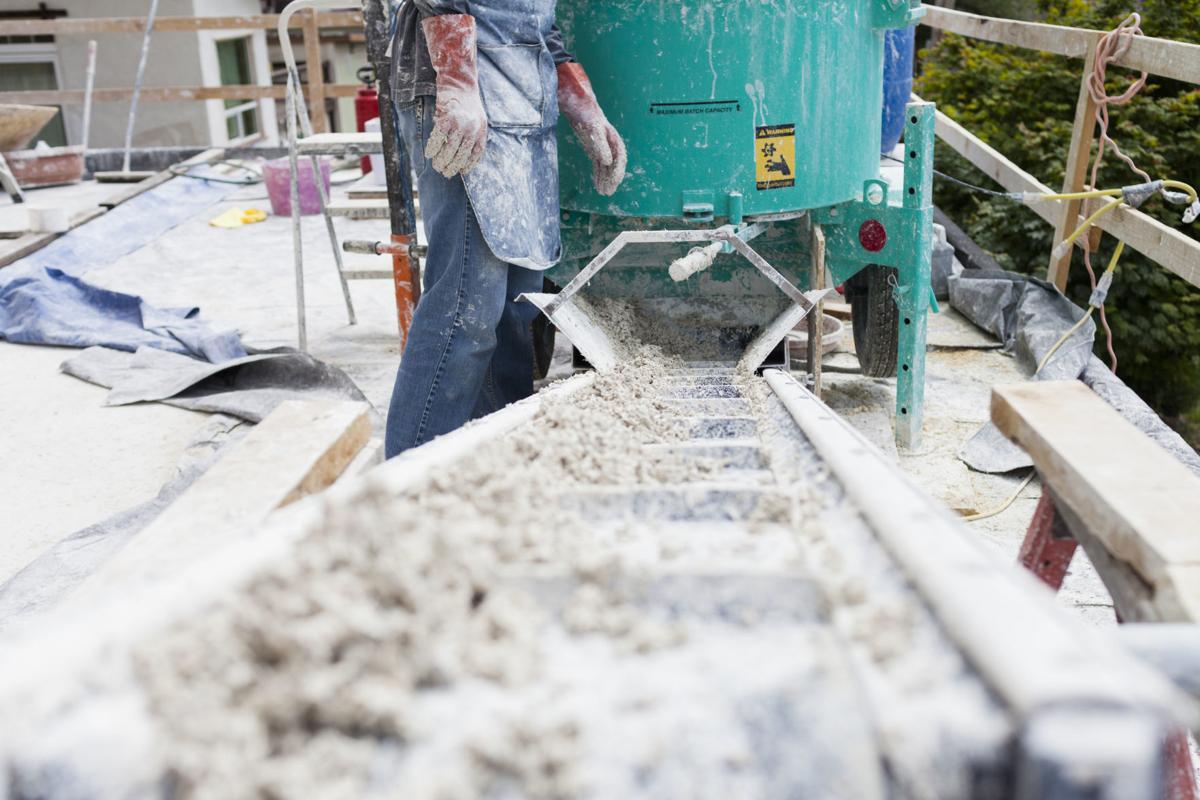 Hempitecture is a company that creates sustainable housing made from a material called “hempcrete.” 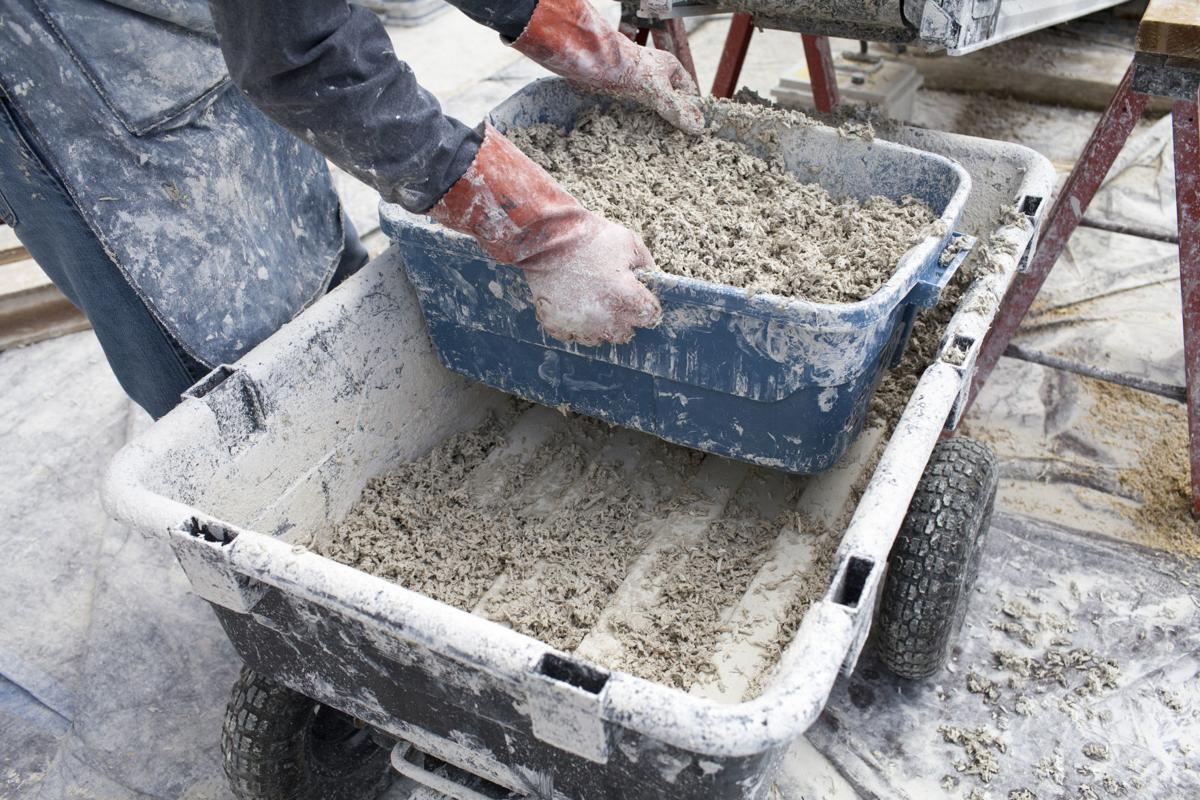 Hempcrete is a natural building material derived from hemp.

Tommy Gibbons and Mattie Mead are co-founders of Hempitecture, a company that makes sustainable buildings in Idaho and across the U.S. by using hemp fiber to create a material called “hempcrete.”

Hempitecture is a company that creates sustainable housing made from a material called “hempcrete.”

Hempcrete is a natural building material derived from hemp.

Hemp, the fiber of the cannabis plant, has had a long battle towards legalization in both the country and the state of Idaho.

While industrial hemp was made federally legal by the 2018 farm bill passed in December of 2018, Idaho remains one of two states where it’s still illegal to cultivate industrial hemp. That hasn’t stopped Mattie Mead and Tommy Gibbons, co-founders of their company, Hempitecture, from using the fiber to create a material called “hempcrete” to build sustainable buildings in Idaho and across the United States.

The eight-year-old company is just now hitting its stride as a startup with numerous projects in the works. The co-founders even made this year’s Forbes’ “30 Under 30” list.

Hempitecture started as part of Mead’s senior thesis at New York’s Hobart College. As someone studying architecture and environmental studies, the notion of vernacular architecture — that is, architecture that is true to place, like adobe in the southwest — was interesting to Mead who began researching more natural building techniques.

His research led him to France and the U.K. where the use of hempcrete, a natural building material derived from hemp, was inspirational, particularly since there was currently no industry for the material in the U.S.

At the time — 2012 — hemp was still federally illegal, so when Mead tailored his study to just hempcrete and even started his own start-up as part of the project, his peers and teacher reacted skeptically.

“I just knew there was this opportunity that was missing from the United States,” Mead said. “I became even more gung-ho on it after people said I was out of my mind.”

After graduation, Mead took his interests in a few directions. One, was to enter business plan competitions with Hempitecture — he would always place in the top three, but never first. The second was to move to Saint John in the Virgin Islands to build solar-powered eco cottages at the Concordia Eco-Resort.

“This was actually the first time that I was making things in the real world in terms of constructing and I really found a love of creating and building,” Mead said.

It was while gaining this construction experience that Mead received a transformational phone call, one that would solidify Hempitecture and also bring Mead to Idaho. Matt Gershater, executive director of Idaho BaseCamp located up Trail Creek in Ketchum, was looking for someone to build a hempcrete building. His wife had seen a Facebook post about one of the business plan competitions Mead had previously been in, posted by the winner who was from the same town as Gershater’s wife. This odd twist of fate led Gershater to find Mead and call him up in Saint John.

“I wasn’t even sure where Idaho was,” Mead said. “It was a life-changing moment.”

Mead looked up Sun Valley online and was immediately sold.

“For me, it was really exciting to have a start-up in a truly beautiful place that is connected to nature and the essence of what we do is nature,” Mead said. “In a sense, this place and our business go hand in hand.”

In his attempts to get the money to build what would become the Borah Basin building at Idaho BaseCamp, Mead started fundraising and promoting Hempitecture on social media, garnering the attention of high school friend Gibbons.

Gibbons had attended Princeton and gone into finance — but quickly realized he was lacking passion for it. He then moved to San Francisco to work in startups. While taking a workshop on building tiny homes, something Gibbons was interested in to avoid the high cost of rent in the Bay Area, he heard the term “hempcrete” — also a word he had seen in Mead’s online posts. He called Mead to see if he could help him build a tiny home out of hempcrete.

At the time — it was in the fall of 2017 — Mead was helping frame a house in Bellingham before starting the Idaho BaseCamp project.

“The more I learned, the more I saw the opportunity and need,” Gibbons said. “I knew he couldn’t do it by himself. He needed someone with a totally different skill set than building and design like he had.”

With his experience with start-ups under his belt, Gibbons decided to join Mead at his Bellingham project. They spent an entire summer living in a tiny house together and working.

“I was completely starting from scratch, learning new skills and new terms and really investing in putting all of our energy towards starting this company,” Gibbons said.

The two New Jersey natives moved to Idaho and went to work. Mead, also CEO of Hempitecture, and Gibbons, COO, first completed the Borah Basin building. They then moved onto more projects: a shed out in Hailey’s Croy Canyon and a second building at

BaseCamp. They also taught workshops. Education about hempcrete and how to build with it is a major tenet of Hempitecture’s philosophy.

“We can’t build every hemp building that needs to be built, to realize the true sustainability potential of this building approach because it’s a carbon-absorbing building material,” Mead said. “The idea of training other people and giving away your trade secrets to an extent is democratizing your ability to work with this material with the hope that more people are going to want to build with this.”

Hempitecture has reached a critical nexus. Gibbons and Mead have worked with renowned architects Olsen Kundig and Axel Vervoordt and have recently opened an office/workspace in Ketchum. They held a Hemp Summit at the Argyros in Ketchum in October 2019, a weekend-long event that attracted roughly 300 people.

And, as a 29th birthday gift, Gibbons nominated Mead for a coveted spot on Forbes’ annual “30 Under 30” list.

While hemp is still illegal in Idaho, there are strides being made. In November 2019 an executive order was signed by Gov. Brad Little temporarily allowing interstate transportation of hemp through Idaho, a stopgap until the Idaho Legislature addresses the issue more permanently.

Mead said he is confident that this legislative session will see the legalization of hemp in Idaho.

“From our standpoint, we’re doing something that’s environmentally beneficial and beneficial to end users of these buildings,” Mead said. “I’m hopeful that our next legislative session will be about the farmers and not what law enforcement thinks of hemp.”