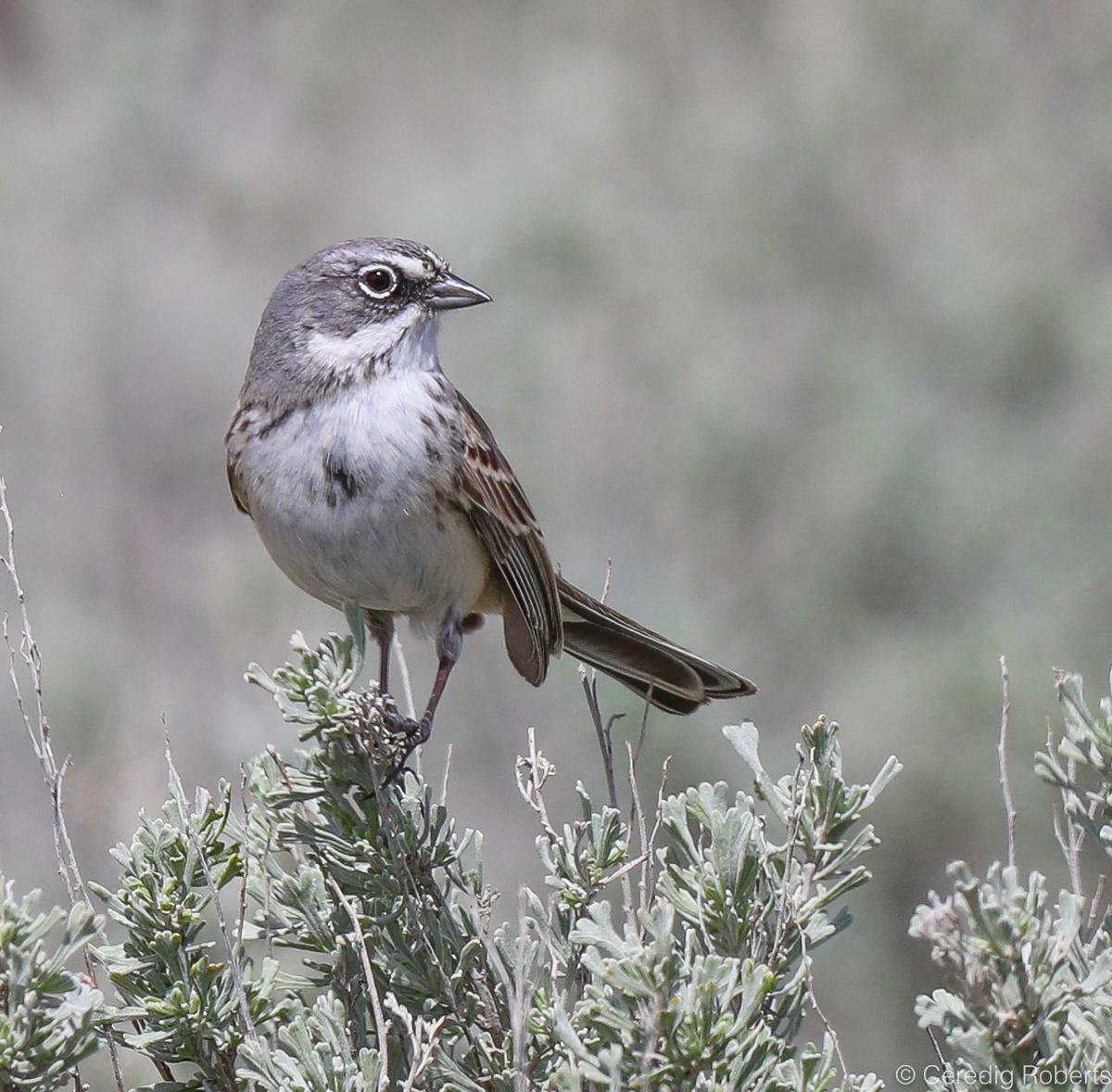 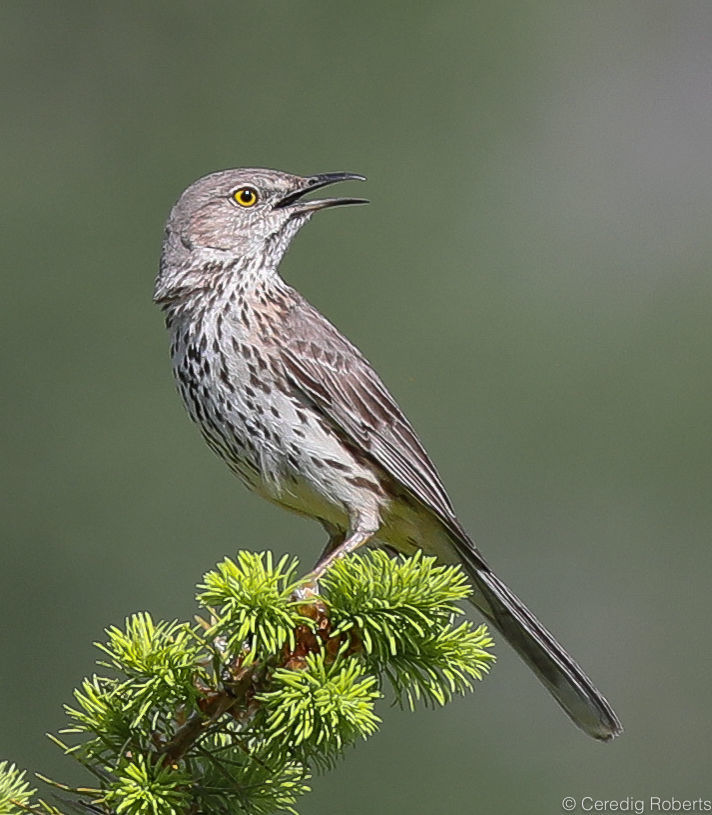 The title I wanted to use for this piece is “Long-term, Large-scale Trend Monitoring of Bird Populations in North America.” Some would say, just call it what it is — “Counting Birds.”

The former is off putting, and the latter, trivializing. All of these titles are accurate. So, what’s going on?

One of the main factors we use to decide which species of birds need conservation attention is their long-term population trend. Are they going up, going down, or about the same over time? Nature is notoriously variable. What happened last year, or in the “winter of ‘95,” or what grandpa remembers (that’s me) doesn’t cut it. Actual numbers of birds, collected in a standardized way, by experts, year after year, are the ticket.

There are two main sources of bird population monitoring data in North America. The first is the Breeding Bird Survey (BBS), which is conducted in the spring, and the second is the Christmas Bird Count. That doesn’t usually occur on Christmas Day, but in the week or so before and after. More on that later this year.

The BBS has enlisted birders, mostly volunteers like me, starting in 1966. We go out in May and June all over North America, to count birds according to a standard method. BBS routes are scattered across North America, but they are most dense in the U.S. and in southern Canada. Because BBS routes are conducted on a 24.5-mile route that can be driven, they are not possible in much of northern Canada and parts of Alaska. Not all vehicles are suitable for all routes. Think of the track down to Three Forks. That’s one of my routes.

Aside from avoiding fatal oil pan encounters, tire sidewall tear outs, and bottomless mud holes, you have to start at 30 minutes before local sunrise. Not a morning person? This is definitely not for you. But if you like driving through town, when there is zero traffic, all the lights are “smart” and turn green before you ever slow down, that’s worth the trip by itself. Ever wonder if there are raccoons in your neighborhood? Get up and start driving at 4 am. The answer is, yes.

If you aren’t that keen on an early rising, when your dog thinks the day has begun and you try to explain that, no, you can’t eat yet, and, no, you can’t go with me, the alternative is to go to the spot where your BBS route will begin and camp. I’d add the option, “stay in a motel,” but there are no motels near any of the routes I run. The upside is that you are pretty much guaranteed to hear coyotes howling and yip yapping outside your tent.

The other requirement for a BBS route runner is that you can identify birds by song. This is critical because the BBS sample design allows only three minutes per count, and you have 50 counts to do. So, BBSers don’t have the luxury of locating, seeing, and identifying species. You have to hear or see, count, check them on the list, and move on. The time between stops is just enough to sip some coffee and have a bite of breakfast. My favorite is a simple PBJ sandwich — surprisingly delicious in the dark boondocks of Owyhee County.

Back to the birds. The 4,000+ bird experts who run BBS routes in the U.S. and Canada (and a few in Mexico) return bird counts that tell us how our species are doing over time.

Because we have 443 species of birds in Idaho, it’s hard to summarize the results in a few words. So, for an example, let’s look at four species that have been described as “sagebrush obligates.” That is, they depend heavily on sagebrush habitats for breeding. Sagebrush has been degraded by livestock grazing, fires, and weed invasion for decades. How are the main sagebrush birds doing?

First, is the greater sage-grouse. This is an “old-growth” species, by which I mean the adults live a long time and their success in raising young varies widely from year to year. In Idaho, they are declining at 8.35% per year over the last 10 years — a crash course with extinction. Despite the enormous investments being put into management strategies for this amazing bird, we’re obviously not doing enough.

Next is the sagebrush sparrow, the species I did my MS research on. They are declining at 6.30% per year over the same period. These sparrows strike me as “area sensitive.” They won’t nest in small patches of sage but rather need large patches — on the order of dozens of acres. They also don’t seem to like slopes. I’ve always wondered what that was about.

Third, is Brewer’s sparrow. This is one of the most drab species in Idaho. The naturalist William Dawson wrote in 1923 that nature had, “done her utmost to produce a bird of noncommittal appearance ….” But don’t judge a book by its cover. Brewer’s sparrow has one of the most spectacular songs in North America, stringing together trill after trill, rising and falling in scale, until you wonder how it can breathe and sing like that. Brewer’s sparrows are declining at 2.60% per year in Idaho over the last 10 years.

Last in this short list of sage specialists is the sage thrasher. This amazing mimic — originally called the “mountain mockingbird” — is less demanding than the greater sage-grouse or sagebrush sparrow. Pairs can succeed in raising young in smaller patches of sagebrush and so can get by in more diverse sagebrush landscapes. But they are still declining in Idaho at 1.67% per year. This might not seem like much, but over time it really adds up. Sage thrashers have long, rambling songs wherein their mimicry is hard to discern unless you know the sagebrush bird world well.

We can’t tell by looking or by listening which bird species are in trouble. Only by going out year after year in the same places and gathering actual numbers can we determine what’s going on. I thank the unthanked bird counters who have arisen in the dark, made PBJ sandwiches, apologized to their dog (and wife), and hit the road in the deep dark. Scientific knowledge has been taking a hit in recent years, but it is the only way we can put a rocket in space or decide where we should best invest our limited conservation dollars. Counting birds is important, with or without fancy wording.

Terry worked for the Bureau of Land Management for 20 years and the U.S. Fish and Wildlife Service for 15 years. He coordinated the international bird conservation partnership, Partners in Flight, from 2000 to 2014 and is an honorary life-time member of the American Ornithological Society. He and his wife, kids and grandkids all live in the Treasure Valley.