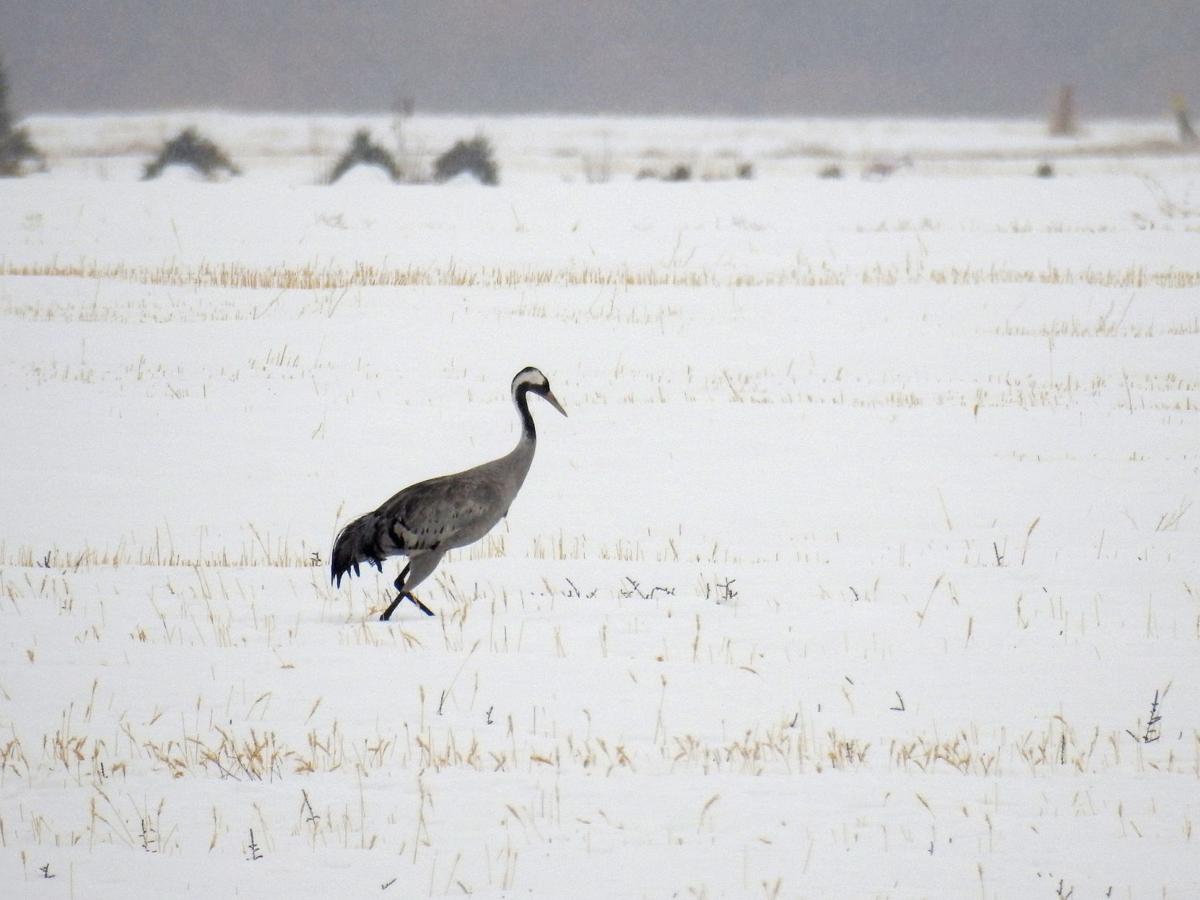 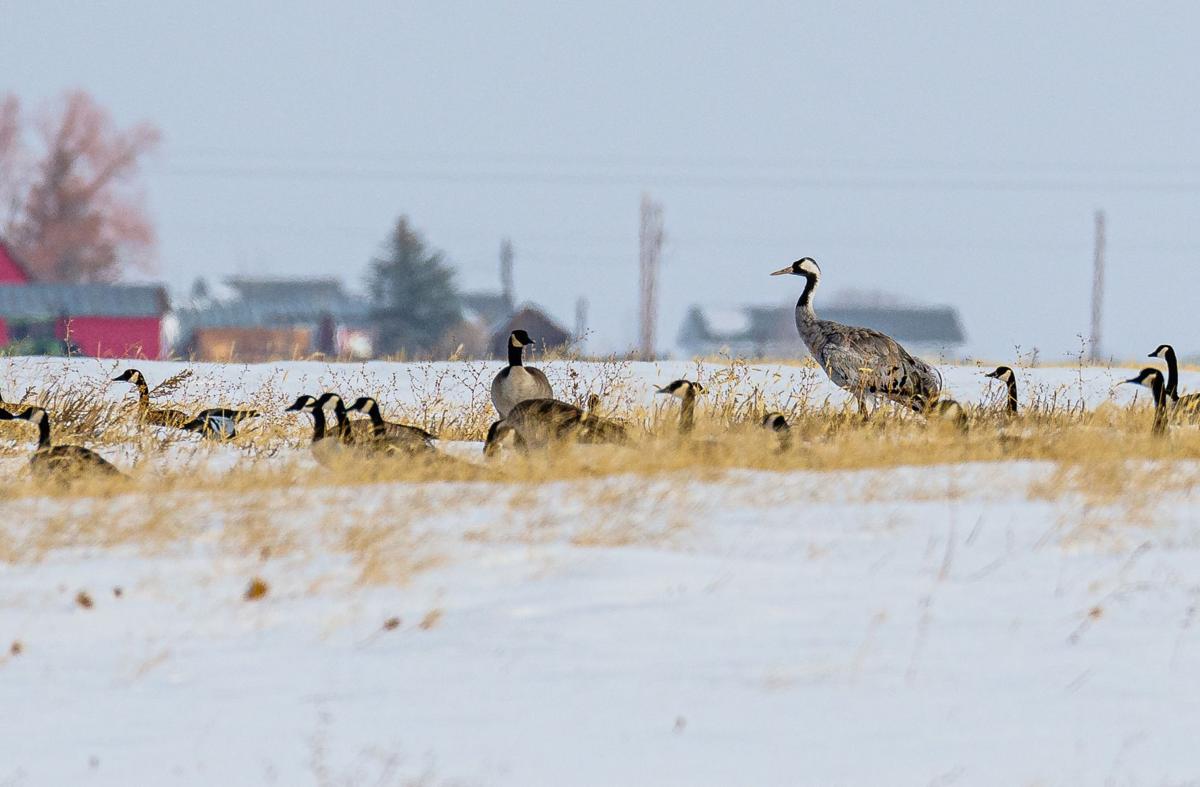 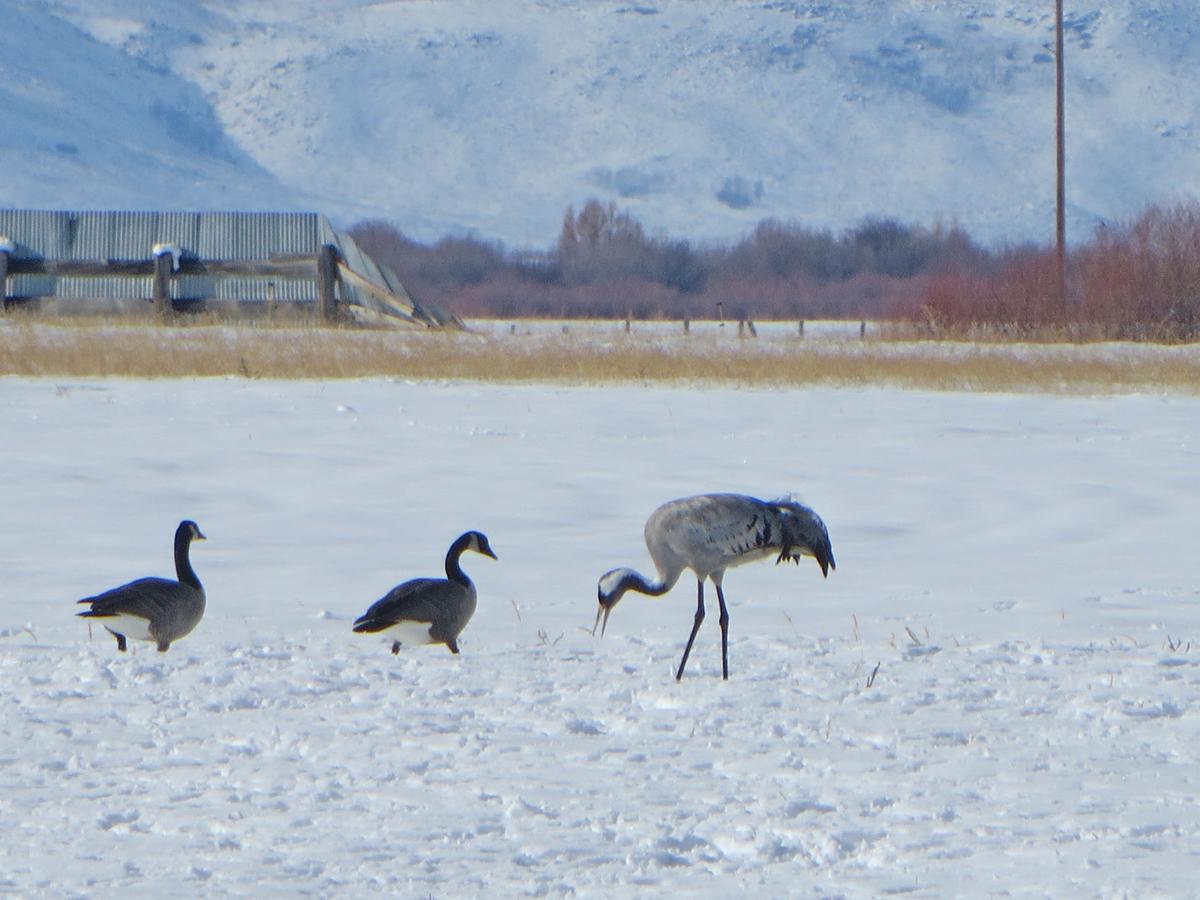 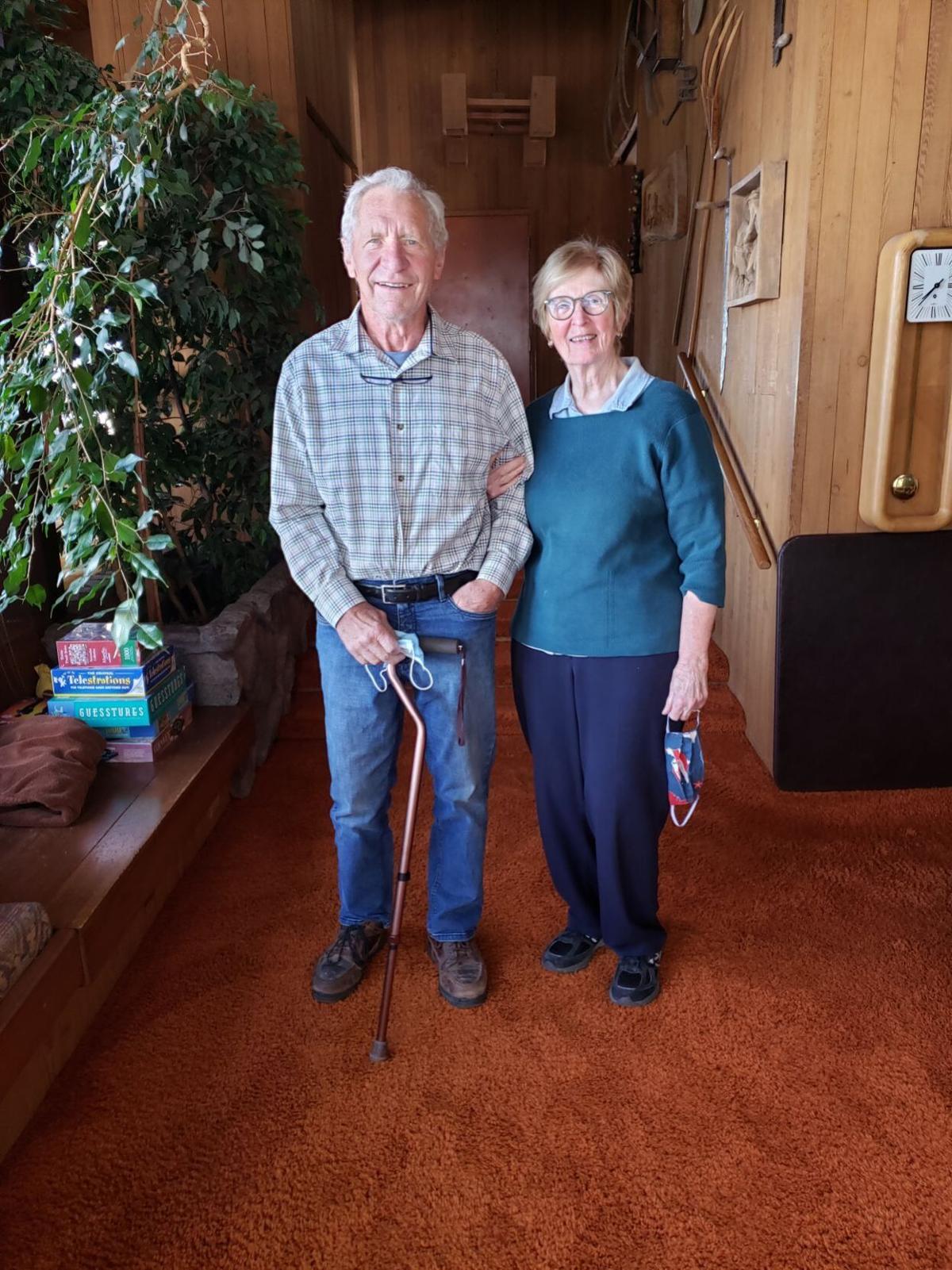 Sooner or later many birders start chasing rare birds. “Chasing” means going to lengths to see a species that is rare for some geographic area. That area might be a county, a state, the country, or a continent.

And by “lengths” I mean distance, time, and expense. If you saw the movie, "The Big Year," you have some idea of how the extreme end of this chasing game goes. Serious players might jump a plane in California to fly to Florida on the next flight for a rare bird. Not cheap, especially if you repeat that a few dozen times.

Chasing birds at any geographic and financial scale implies that the birder is a “lister.” That’s a person who keeps track of the bird species seen at one or more of these scales. I keep only a “life list.” That’s a simple tally of the species I’ve seen during my lifetime on planet Earth.

But many birders keep lists at other geographic scales. You might track what you’ve seen in your yard, your county, your state, or North America. A lot of birders track what they’ve seen in the current year.

A few years ago, in January, there was a rare bird in Hailey from Asia — a Siberian accentor. I heard about going to see it, but thought, well, that’s a day driving to and from Boise on bad roads. I’d have to take a vacation day from work. I’ll pass.

Then two friends from Arizona contacted me to say they were flying up, renting a car and a hotel, and were going for it. They asked me if I had been over to see it. I said no and gave them my reasons. They were surprised and teased me about not being a serious birder. I eventually relented, took off a Monday, and drove to Hailey.

I got to the neighborhood where the bird had been seen, parked, and tramped around the quiet streets, snow squeaking under my boots at about zero degrees. It was a beautiful, deepwinter day. There were no other birders, not even any other people out and about.

After maybe 20 minutes, a woman slid open a little bathroom window and shouted with irritation, “It’s on the feeder in the front yard.” She slammed the window shut. It’s always a little awkward walking among houses with your binoculars, peering here and there. Who knows what people think you are up to? Well, at least she knew, and I didn’t get reported or shot.

I walked around to the front of her house, saw the accentor on the feeder, and left as soon as I could. Cool bird, prettier than the field guides suggest, and plus one on my life list. It was a good day, but without the woman slamming the window on her small, blue house, it would not have been nearly as memorable.

Enter the common crane in Fairfield, Idaho. I was contacted the week before Thanksgiving this year by a friend who said that some people near Fairfield had seen a bird on their farm that they had not seen before. They had some photos and were wondering if someone could help them identify it. I said sure — let’s have a look!

For birders, this is always an exciting prospect, and it lives at two levels. First, what might the species be? Second, can I tell what it is without seeking help from other birders?

The bird in the photos sent to me from Linda and Jack Frostenson were of a common crane. This bird is widespread in the Old World but is super rare in North American. Jack grew up a quarter mile from the house where I visited him and Linda, and they had never seen this bird. After seven decades on the Camas Prairie, where sandhill cranes lived in their backyard, they knew this was something different. Linda snapped some quick shots that made it easy for me to figure out who their uber-rare visitor was. Was this going to be No. 4,000 for me?

Once more I was conflicted about chasing a rare bird. But I love the Camas Prairie, it had just snowed, and I knew the scenery would be fantastic. I also knew I would see snow buntings, and I really needed to get out of town.

The day of my quest dawned sunny and the roads were fine. As I turned off the highway and down a dirt road, I saw a few other cars parked or slowly cruising. Locals don’t drive like that. I knew they were all birders, looking for the common crane.

As vehicles passed one another, we slowed to a stop and asked, “Any luck?” There was no need to say more because we all knew exactly why we were there. The first vehicle, with a couple from Meridian, said they were headed home. It was only 10:15 a.m., and I expressed surprise at their leaving so soon. The passenger said, “I just don’t like driving around all day looking for a bird.” No Big Year for you!

Everyone was masked, so I didn’t realize until later that two of the people I chatted with were photographers who regularly contribute to these columns — Mary Rumple and Ceredig Roberts!

After two hours of creeping along, stopping frequently, and scanning the spectacular landscape surrounded by snow-covered mountains, I decided it was time to visit Linda and Jack.

Jack met Linda, a farm girl herself from outside Moscow, Idaho, while they both attended the University of Idaho. Jack got a degree in architecture, which he put to work by designing and building their current house. The house immediately brought to mind Frank Lloyd Wright but was not so ostentatious. It is lovely.

They raised three kids, and although the house is pretty big, they said it sometimes seemed small when the kids were at each other. I learned about the wildlife they had seen recently, including a huge herd of elk, which had marauded haystacks in the area before moving south.

They had greater sage-grouse on their place for the first time ever, which is surprising as most of the farm ground around there had been cleared of sagebrush long ago. Linda remarked on their first blue jay ever, a rare bird from the East that showed up this summer.

They were curious about the obvious increase in Eurasian collared-doves in their yard in recent years. A small group had crashed into one of their living room windows some days earlier. No harm was done. The imprints of their feathers were still evident on the glass. We talked about organic hay and the dairy in southwest Idaho that bought it for their organic milk.

After our masked and distanced visit, I headed back out into the country. I cruised the roads for a few more hours. The cars stopped stopping to talk. We just gave a little wave to each other, slowly accepting that our crane had probably moved on.

I made one final stop, to visit with Linda and Jack’s son, Jamon. I learned more about where the crane had been, perennial wheat, and highlander cattle. I heard why someone would go to a major eastern university, travel the world, and then choose to come back to a high, windswept Intermountain prairie to settle down. He married a girl from Hill City. She’s “not from here” — Hill City is 15 miles away. But they seem to be doing just fine.

I missed the bird I chased. No. 4,000 will have to wait. But I’ve been invited back and I can’t wait. I found something I didn’t chase. And it was very good.