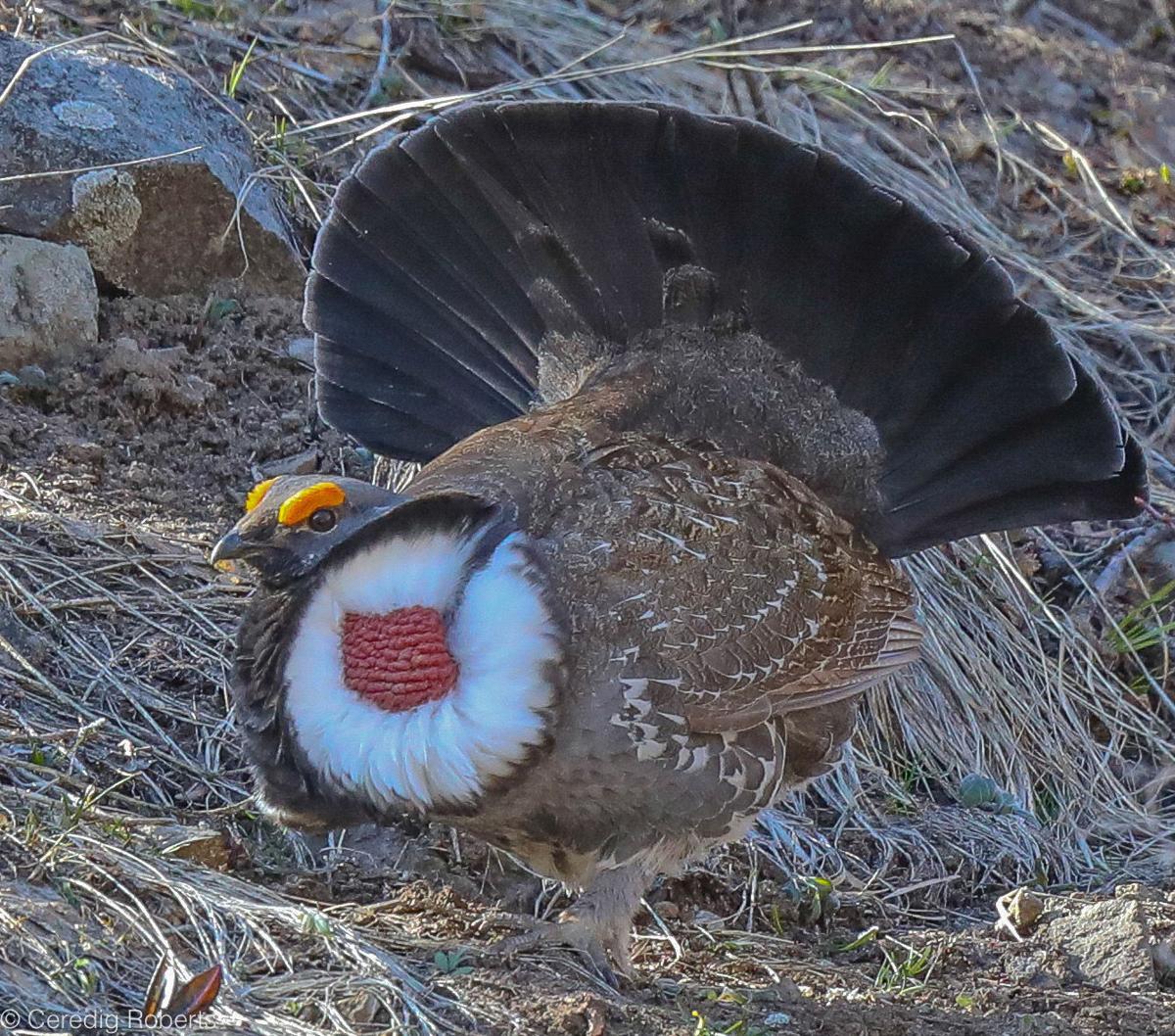 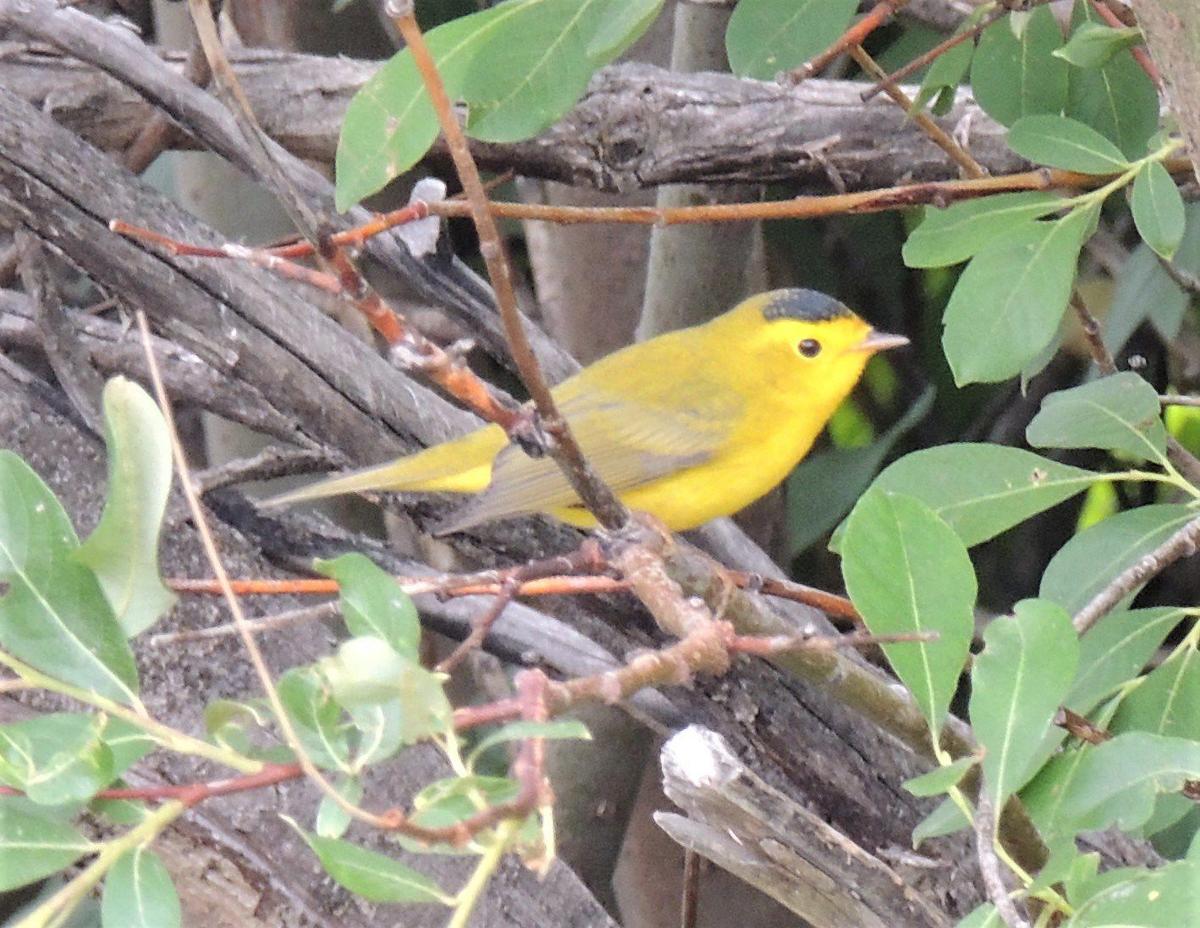 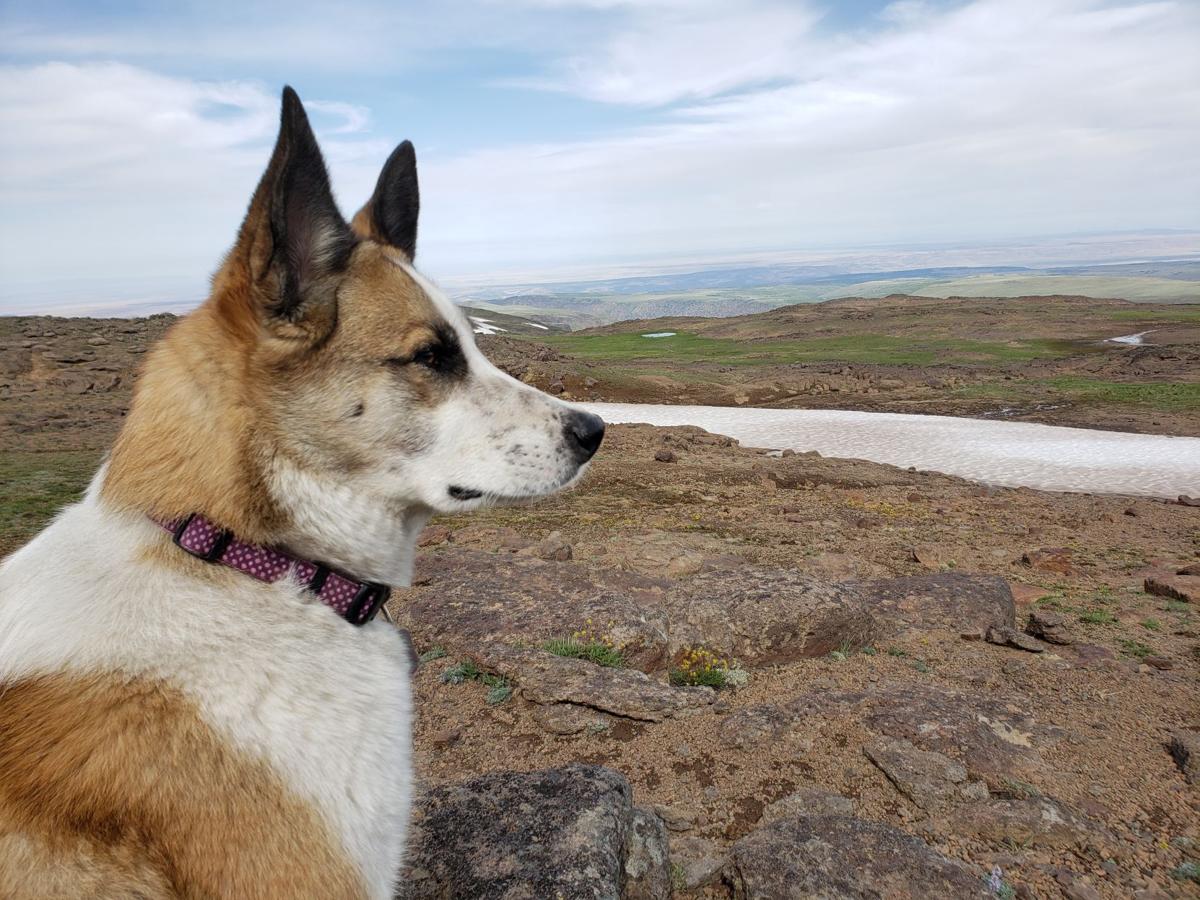 For most of my birding and hiking trips in southwestern Idaho, I head to areas where I can let my dog run freely off leash. These spots are all on public land, a benefit of living in this part of the world that can hardly be overestimated. Thank you Bureau of Land Management and U.S. Forest Service! These agencies put up with a lot of grief. I know. I worked for BLM for 20 years and fought fires for the agency for two additional summers, including 1988 in Yellowstone. Their fundamental missions — to manage and conserve public lands for all Americans into the future — are profoundly good.

I steer clear of heavily used trails right around Boise because they are full of wonderful, but noisy, people, and I have to keep a closer eye on what Sienna is up to. She wants to meet every person and every dog. If you could take cats jogging, she’d want to meet them too. Sometimes they want to meet her, but mostly, not.

Sienna is half Samoyed, with a healthy dose of Aussie, border collie, and another shot from Down Under, Australian cattle dog. Thankfully, she does not tend to herd, like my last dog, Wylie Coyote, who was half red healer. And she is not a hound, head down and following a scent trail with an attitude that defines “tenacious.”

But Sienna is part “sighthound” and part “earhound.” You can look up the former, but not the latter. Well, you can look it up, but Google thinks you might mean “earthbound.” A sighthound looks for more than smells, frequently stopping to survey the surroundings to the horizon. An earhound hears things you can’t hear. Both of these features are super additions to a birder’s ability to see and hear birds. Makes sense, no?

The first thing I noticed when birding with Sienna, now 4 years old, was that she saw birds soaring high in the sky that I hadn’t seen. I usually wear a ball cap to keep the sun out of my eyes, but all hats with brims are enemies of bird detection. They block part of your view. The more brim, the worse they are. It’s ironic that birders often wear large, broad-brimmed hats. They are the worst possible hats for finding birds.

So, I’m on the trail and Sienna suddenly looks straight up. I follow her gaze and spot a red-tailed hawk, Swainson’s hawk, turkey vulture, golden eagle, or other soaring species. These birds can be quite high in the sky. I’m always impressed. I would not have seen these birds with my own detection system.

But it’s not just birds high in the sky. If something crosses the trail quickly behind me, she’ll often see that. If a bird flicks briefly in the willows, she’ll see that. If a little bunch of recently fledged ruffed grouse try to hide in a patch of mountain shrubs, she will see them. That’s excellent for me. A nice addition to the detecting abilities of my expensive binoculars.

No animals have ever been hurt by Sienna. Even the squirrels in our yard, which taunt her endlessly and which have been “caught” while trying to jump farther than they can jump, are just fine. She doesn’t want the catch. She does want the chase.

When she’s free out in the boondocks, the most frequent target of intense interest are ground squirrels. They give a high-pitched squeak, which Sienna knows very well, and she’s off to the races. Happily, these abundant and successful rodents typically dive into a hole nearby. While Sienna may try to dig them out, the worst result is a lot of flying dirt. I tell her that these animals are cheaters, diving into their holes. I think that makes her feel better.

On the other hand, black-tailed jackrabbits play fairly. They don’t just dive down a hole. They are fast and have many tricky moves. I quit trying to call Sienna back a few years ago — not going to happen. The jackrabbit bounds left, right, right, right, left … random enough to keep a predator guessing. I always want to communicate with the rabbit — hey, just stop and chill. You’ll sniff noses and move on.

But nope. Run, chase, bound, stop, and go. Before long, they are both out of sight. I know Sienna will return in a few minutes. I assume the jackrabbit eventually ditched her. That was great! Next!

But there is one real problem with my sighthound. I am not a serious bird photographer. That requires enormous patience, no little skill, and a big camera. I don’t have any of those things. I prefer to travel light and keep moving. But I do carry a 30X superzoom pocket camera, and when a bird presents itself nearby, I will try to get a good shot. Sienna is pretty attentive to what I’m looking at. That’s good when I want her to come back to me. But it’s not good when I’m slowly approaching a perched bird for a good shot and she’s like, hey, what are you looking at? It seems to be over there. I’ll check it out.

I have to distract her in some way, or she’ll go straight at my target and flush it. She’s not easily tricked. She’ll follow a rock I tossed off to the side but will quickly regain her bearings in the direction I’m moving. And, no, walking backwards doesn’t work.

If you want to sneak up on a bird for that award-winning magazine cover photo, you’ll be better off with a basset hound, head down and on a scent trail for as long as it goes, stubborn as a mule. But if you want another set of eyes and ears much better than your own, a dog like Sienna is a wonderful companion on the birding trail. When you enter your bird list into eBird, it asks you how many observers there were. I should say, two.