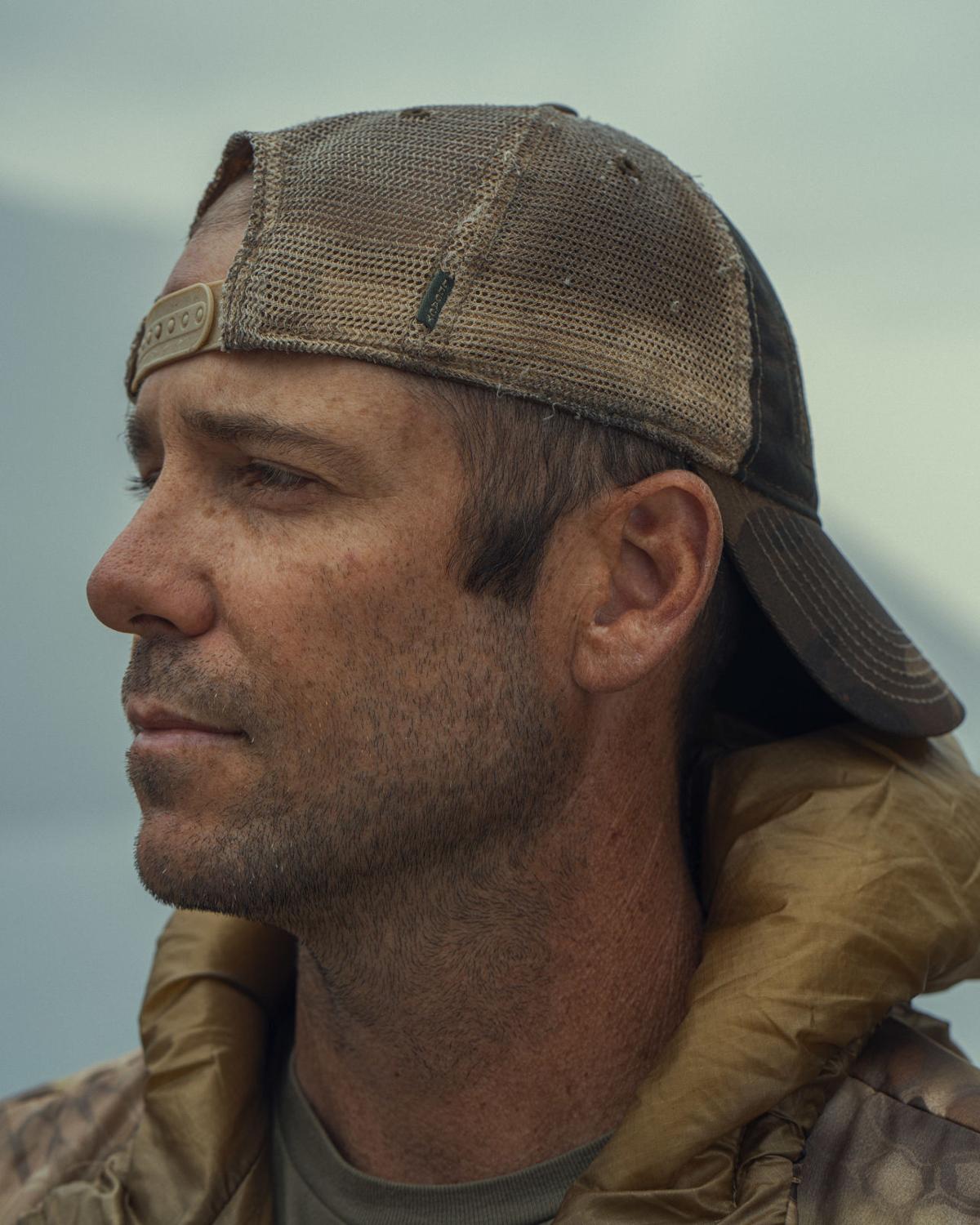 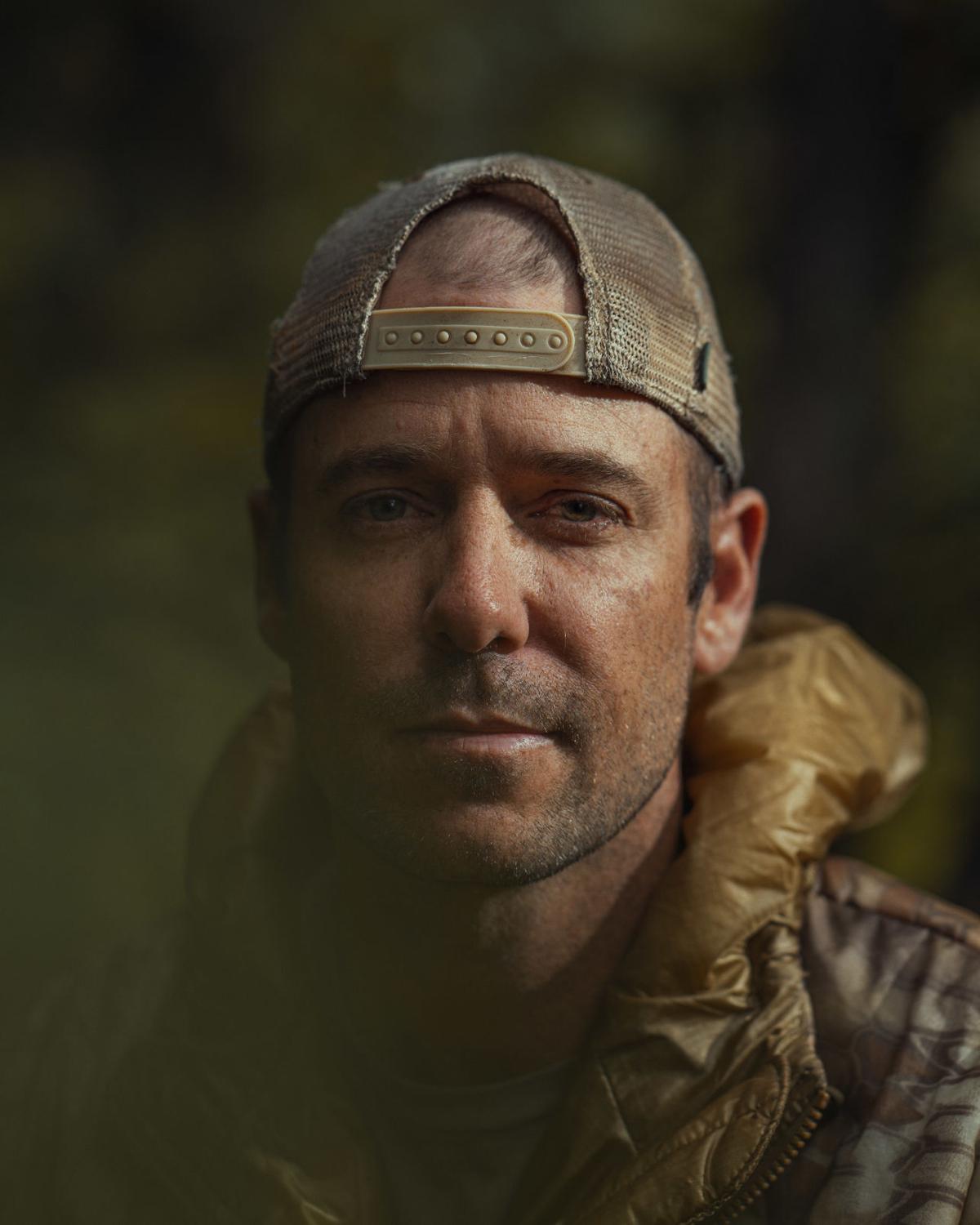 Clay Hayes is now a professional bowyer and hunter and lives with his wife Liz and two sons, Coye and Fen, on their homestead near Lewiston, in North Idaho.

Will the father of two and former Idaho Fish and Game biologist Clay Hayes make the cut and survive Chilko Lake, aka Grizzly island, alone to take the $500,000 prize?

Hayes is now a professional bowyer and hunter and lives with his wife Liz and two sons, Coye and Fen, on their homestead near Lewiston, in North Idaho. Together as a family unit, they hunt, fish, forage, and grow a large garden. Clay’s vision is to raise his children in Idaho with a practical understanding of nature and a sense of self-reliance, which is essential to both Clay and Liz.

We spoke to him to find out what we could and how living in Idaho prepares you well for a survival challenge in the Pacific Northwest.

The HISTORY Channel’s hit survival series “Alone” is back for season eight and is located in the most dangerous location yet.

Ten contestants, including Hayes, are fighting to survive in the Canadian wilderness on the shores of Chilko Lake, British Columbia. They are allowed to select just 10 items and a camera kit, as each participant must videotape their attempts to survive in total isolation. The end game is lasting the longest and winning the $500,000 prize.

Not only must they endure hunger, mental and emotional stress, and the changing elements, but this season, they also face the deadliest predator in North America: the grizzly bear. The tagline for this season is “No camera crews. No gimmicks. It is the ultimate test of human will.”

April Neale, special to the Idaho Press, spoke to Hayes about his Idaho life and how it may work to his advantage.

April Neale: Hearing your voice, I know that you survived Chilko Lake and a grizzly did not eat you, which is good. You hail from North Florida, and that ecosystem is just so wildly different than the Pacific Northwest where you now live. Idaho technically is, and also, of course, British Columbia, where you’re challenged. Can you talk about the flora and the fauna and the significant shift and differences you had to navigate from what you knew and grew up familiar with?

Clay Hayes: Yes, so Northwest Florida, we were in the state’s interior, which is when I was growing up, was pretty rural. It was all flat land, longleaf pine, and Wiregrass and saw palmettos and things like that. I moved to Idaho in 2008, and I was in Southern Idaho for a couple of years before we went to the Lewiston area. I was always drawn to natural environments and being out in the woods. So it was a natural thing for me to learn the plants, learn the animals anywhere I was. When I was in Florida, I knew all the plants, all the species, and what was edible and what wasn’t, what could give you a rash or cure the rash. So it was just natural for me when I moved to Idaho to pick that stuff up. On top of that, I was also a wildlife biologist in Idaho. And so as part of my job to notice things, the plants, and animals.

AN: You were a wildlife biologist in Idaho. Where did you work?

AN: If you were to convince someone to move to Idaho, what are the selling points on the state for you as someone who’s not a native who now calls this state home? Why Idaho versus Wyoming or Montana?

CH: Western Montana’s pretty nice. Northwest Wyoming’s pretty, but Idaho is just so diverse. From the southern part to the north, it’s such a dramatic difference in the landscape. And one of the reasons that I moved to Idaho and wanted to make Idaho my home was the outdoor opportunities. It is unparalleled.

You can’t find that type of diversity and outdoor opportunities anywhere else in the country. And the percentage of public lands for me was significant. I spend a tremendous amount of my time hunting, fishing, hiking, just being outdoors on public land. Idaho is absolutely full of it.

AN: I feel like your biologist background gave you a leg up in the competition. Now, mind you, I’ve only seen one episode, so I don’t know if you tap out on the next episode, but I have a feeling you don’t. You scored food early on. The Wyoming guy who tapped in episode one built this incredible shelter right out of the gate. For three days didn’t eat, and it threw him into a cardiac situation. Talk about your ability to feed yourself and feed yourself so well, right out of the gate, and how that strategy probably paid off.

CH: I knew that I would have to find food and not just a little. I would have to do well with the food, or I wouldn’t have been able to stay there simply because I don’t hold weight. It’s tough for me to gain weight.

I was able to gain a little bit of weight before going on, but I knew that that was going to come off quickly. So it was just a priority for me to do that. I think I lucked out on the location, because like you said, there’s a lot of PNW overlap in the plant communities and the habitat types where we were at Chilko (British Columbia) and where I live.

There are many lodgepoles, just that, that Northwest forest habitat, a lot of spruce. And things like that, something I was familiar with. I was familiar with the species that I was coming in contact with and was just lucky to find mushrooms. I came across that grouse. I make bows for a living, uh, teach people how to make bows. I shoot my bow just about every single day. And when those opportunities come around, I’m ready to capitalize on them.

AN: You ate well. You had a gourmet meal your first day there practically, and the mountain lion was watching you.

AN: Does the lion revisit you? Cats are so curious by their nature. Does your buddy come back?

CH: Well, I think as you watch the season, you’ll see what happens.

AN: What are the fine points between primitive and traditional archery?

The primitive side of things is what archery gear would have been 5,000, 10,000 years ago. It’s wood and sinew and all-natural materials, no modern glues or anything like that. And so that’s the significant difference between the two and that the type of archery that I do is a blend between those.

AN: Now, for the show, did you use more modern equipment, or did you have something more permanent?

CH: So the bow that I took was a wooden bow, so it was a more primitive style bow, but I did use steel broadheads and things like that. I was blending those two types of archery.

AN: You’re homesteading in Idaho. Did you build your own actual home, or did you purchase the house and put solar on it and try to get off the grid that way?

CH: We’re not off the grid, we’re tied into the grid, but we bought a little farmhouse and 20 acres up here. Our house was built in 1954. I think I didn’t have a stick of ventilation, and we purchased it. I don’t know how those guys stayed there.

We’ve done a lot of work on it. We planted trees, we’ve put them in the garden. We try to can all our garden stuff. All of our meat comes from hunting and fishing and things like that. So we try to be as self-sufficient as possible in that way.

AN: The foraging life in Idaho, let’s discuss. You picked out the delicious mushrooms right away. What is Idaho most bountiful in, homesteading people or those who are into foraging wild foods? What would you recommend people start with, and what is the state full of it that people don’t even realize?

CH: Well, I mean, there’s a lot of wild edible mushrooms here. Boletes, the stuff, and the ones that are picking out there are pretty common this time of year. And they’re effortless to identify once you get an eye for them. Morels are another one.

Everybody picks morels. That is a springtime thing, and then in the fall, we have chanterelles which are incredible. That’s just the tip of the iceberg.

There’s dozens of edible mushroom here. We got all kinds of stuff, like huckleberries, thimbleberries, and chokecherries, and I could probably rattle off 50 different species. So you could go out at other times of the year and forage nicely here in Idaho.

AN: For anyone interested in doing the show, what’s the best piece of advice that you can offer for anyone who thinks that they’ve got the skillsets for the show?

CH: That’s a great question. Prepare yourself for hard times because they’re coming. People always focus on the physical aspects of this challenge: gaining weight and survival skills, and things like that.

But I would say that the psychological impact of being alone and isolated for that long is not insignificant. So, as I said, prepare yourself for hard times. But, on the other hand, it is common for people to hope for the best and hope things will be a certain way.

AN: Do you think you would do it again?

CH: I don’t know. I said when I left there that I would never do that again. I don’t know if I would if I did it again. They’d have to seriously up the prize money, and that’s what I would do it for. I would do it for the money, and that’s not what I did it for this time. I don’t know if I’d want to do it for those reasons. I did this because it was a considerable challenge. It was something that I always wanted to do. I knew that I knew that the only way to know yourself truly is to go through a massive challenge.