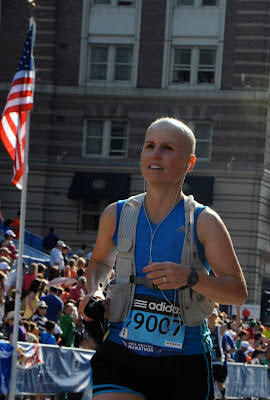 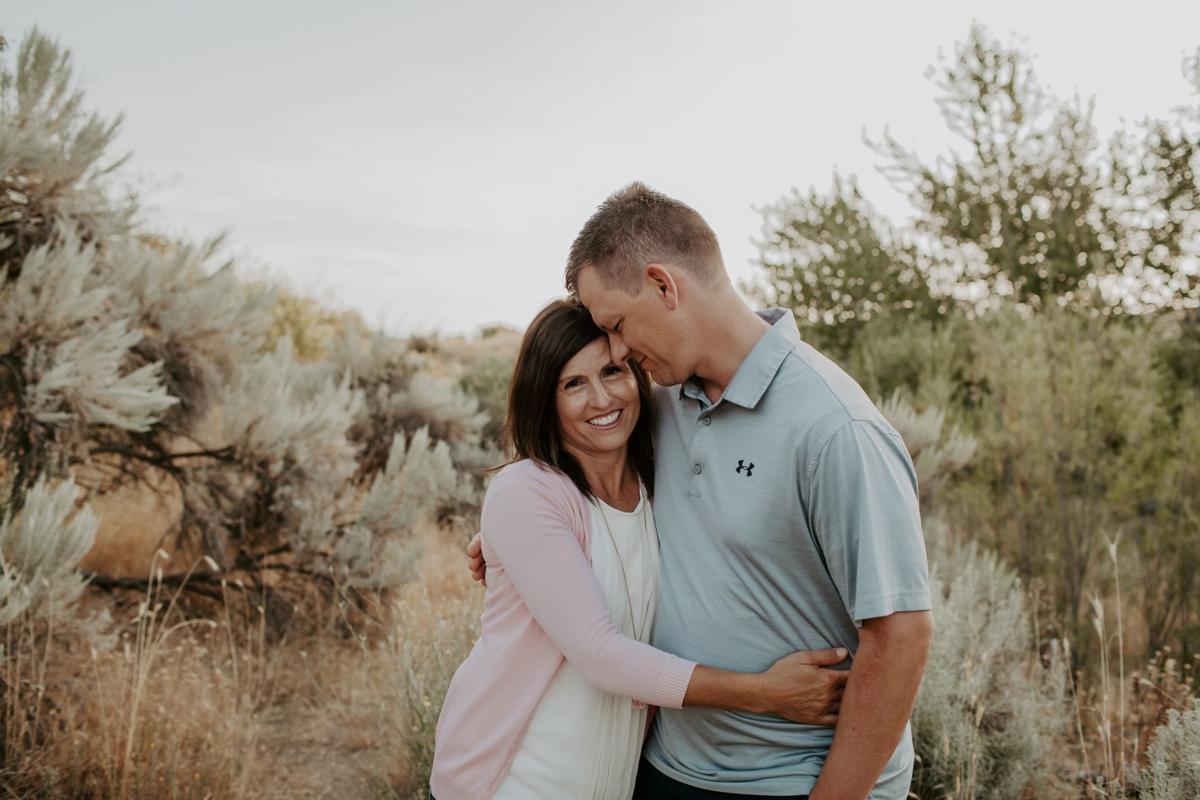 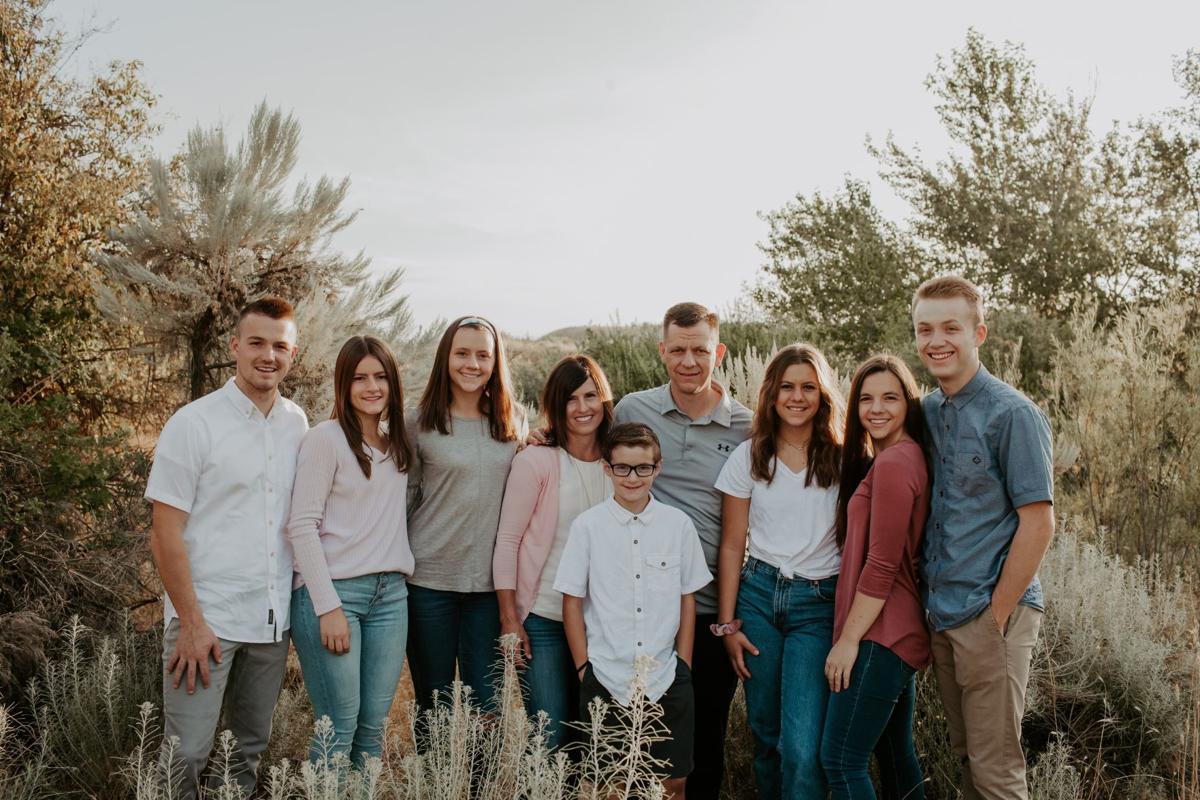 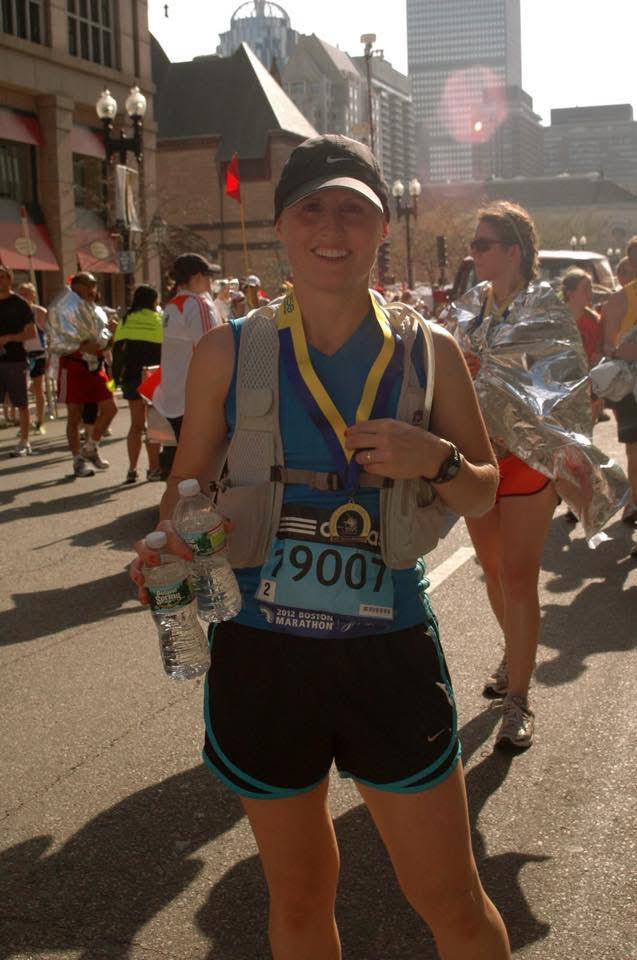 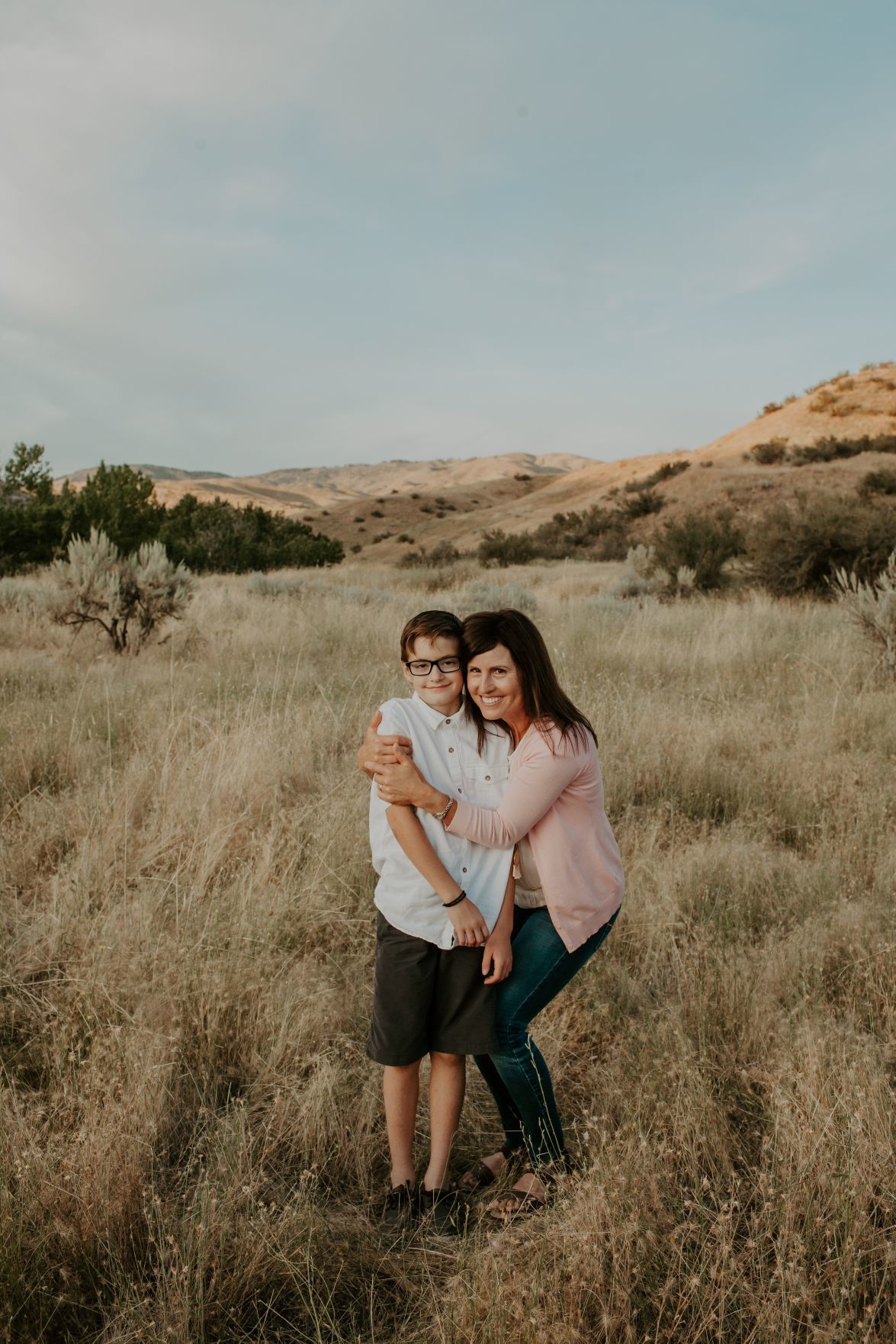 In 2012 Rebecca Hirschi, of Meridian, ran in the Boston Marathon — even though she almost didn’t. That’s because in 2011, at age 40, she was diagnosed with early stage 1B breast cancer. The doctors told her she shouldn’t run but Hirschi wasn’t going to let cancer stop her.

She had early detection on her side and the doctors assured her “it wasn’t like a life or death thing,” she said. “I had finished four rounds of chemo and was two weeks into a six-week radiation treatment,” Hirschi said. “They gave me a day off radiation to go run the race.”

So Hirschi ran and completed the marathon; afterwards she finished treatment.

And it worked. Hirschi was declared cancer free. She regained her active lifestyle and began training for another marathon in 2017. But, as she was training, she started having some pain in her hip. She assumed it was just a runner’s injury and made an appointment with an orthopedic doctor.

However, instead of finding an overworked muscle or bone fracture, that was the day Hirschi learned that the cancer had come back with a vengeance. Further testing revealed that the cancerous lesions weren’t limited to her hips. It had spread like oil over the surface of water, metastasizing to her ribs, spine, lymph nodes and a lung.

“I was disappointed,” she said. “Not one doctor had suggested ‘let’s test just to make sure the cancer hadn’t metastasized,’” she said. After the initial shock, Hirschi started learning about the disease and then began making plans. She had to make plans because metastatic breast cancer is incurable.

According to the American Cancer Society, metastatic breast cancer is when breast cancer spreads into the body, most commonly the bones. The survival rate for metastatic cancer is only five years and fewer than 22% live past that expectancy. Women with the disease are given a myriad of treatments but in the end they all stop working. The survival rate for this type of cancer has been the same for over 40 years.

“It is sort of like the game whack-a-mole,” said Hirschi. “The doctors give you a treatment and hope it will work, but they don’t really know until they try.”

For metastatic breast cancer patients there are several “lines” of treatment that are used, she said. “Each line of treatment extends life for a length of time which varies from person to person,” she said. Unfortunately, none of the treatments known continue to work and eventually the cancer supersedes the drug’s ability to contain it.

“I have gone through three lines of treatment so far,” said Hirschi, “and am currently on an oral chemo called Xeloda that has been used since the 1950s to treat cancer.”

“At the beginning of this year the doctors had me meet with a palliative care doctor because none of the treatments were working,” Hirschi said. She has been taking Xeloda now for seven months “and pray it will continue to work. Once Xeloda fails and the cancer continues to grow I’ll be on IV chemotherapy — if I choose to go that route.”

She wrestles with decisions and faces challenges daily.

“One of the challenges of this disease is that I look completely normal and healthy,” said Hirschi, “people often comment on how I don’t look like anything is wrong yet in reality I am fighting terminal cancer.”

That’s because metastatic breast cancer hits women fast and hard. The rapid pace also leaves little time for many to think about the future, but with the support from her husband, her family and her church, Hirschi said, “she began to face that very difficult reality.”

Hirschi is a member of the Church of Jesus Christ of Latter Day Saints and she leans heavily on her faith. She’s been married for 25 years to her husband David and has five children, Sarah, Emma, Martha, Hannah and Adam. Her two older daughters are married. Her other two daughters are off to college or soon to be, but the youngest, her son, Adam, is 10. Although she feels comforted by her faith, she knows her time is limited.

“I keep thinking about my 10 year old,” Hirschi said. “If I’m gone, how do I prepare him to live the rest of his life? I don’t know how people get through any challenging thing without God. So I decided to build and connect.”

For Hirschi, “building and connecting” means cherishing every moment she gets with her family — but also, she feels a need to do something more.

“It’s not about just me, it’s about women all over the world,” she said. “I have to do something so that other people can live longer even if it might not be a reality for me.”

Hirschi has started a virtual worldwide campaign to raise money for metastatic breast cancer research called “A Million For Metastatic.” The goal is to raise $1 million for metastatic research by encouraging people to pledge a dollar for every mile they move, either by walking, running, swimming, biking or even crawling. The campaign has no overhead. All the money raised goes straight to metastatic research at the Huntsman Cancer Institute at the University of Utah, said Hirschi.

She started with the idea last year but this is the first “real campaign” she said. There is a website, and Instagram and Facebook pages to create interest and bring in donations, all under the name “A Million For Metastatic.”

And while metastatic breast cancer awareness day is Sunday, Oct. 13, Hirschi and her family have opted for more impact by creating a weeklong event running from Saturday, Oct. 12 to Saturday, Oct. 19. For each day they have created a family fun activity and all people are welcome to join in with them. The activities range from horseback riding to a small hike. There’s no need to donate to attend and Hirschi is encouraging people to share their “moving” photos by using the hashtag #millionformetastatic.

“In my dream world I think that if a million people did it we’d have a million dollars to go straight to research,” she said. It’s something positive she can focus on while she also must think about her own mortality.

“I’ve really had to take a hard look at how I want to die,” said Hirschi, “which sounds morbid, but I have decided that I don’t want to die hooked up to oxygen in a hospital. I want to die peacefully at home surrounded by my family and in a setting I love.

“Life is truly short and I am grateful that this cancer has helped me to focus on what matters most.”

A Million for Metastatic

There is no cure for metastatic breast cancer. Let's find a cure.

We believe that small and simple things can make a BIG difference. Mountains can be moved!

Our dream is to raise a million dollars for metastatic breast cancer research. We aim to do this by encouraging anyone and everyone to donate ONE DOLLAR. Walk, run, bike, swim, or crawl a mile and donate one dollar. Each dollar counts. Every mile counts.

A Million for Metastatic is Rebecca's way to fight back. Her dream is to fund the critical research that is the only way to stop this deadly disease. Each dollar counts! Research may not extend her life but it will help future generations to live longer. — from the website millionformetastatic.com