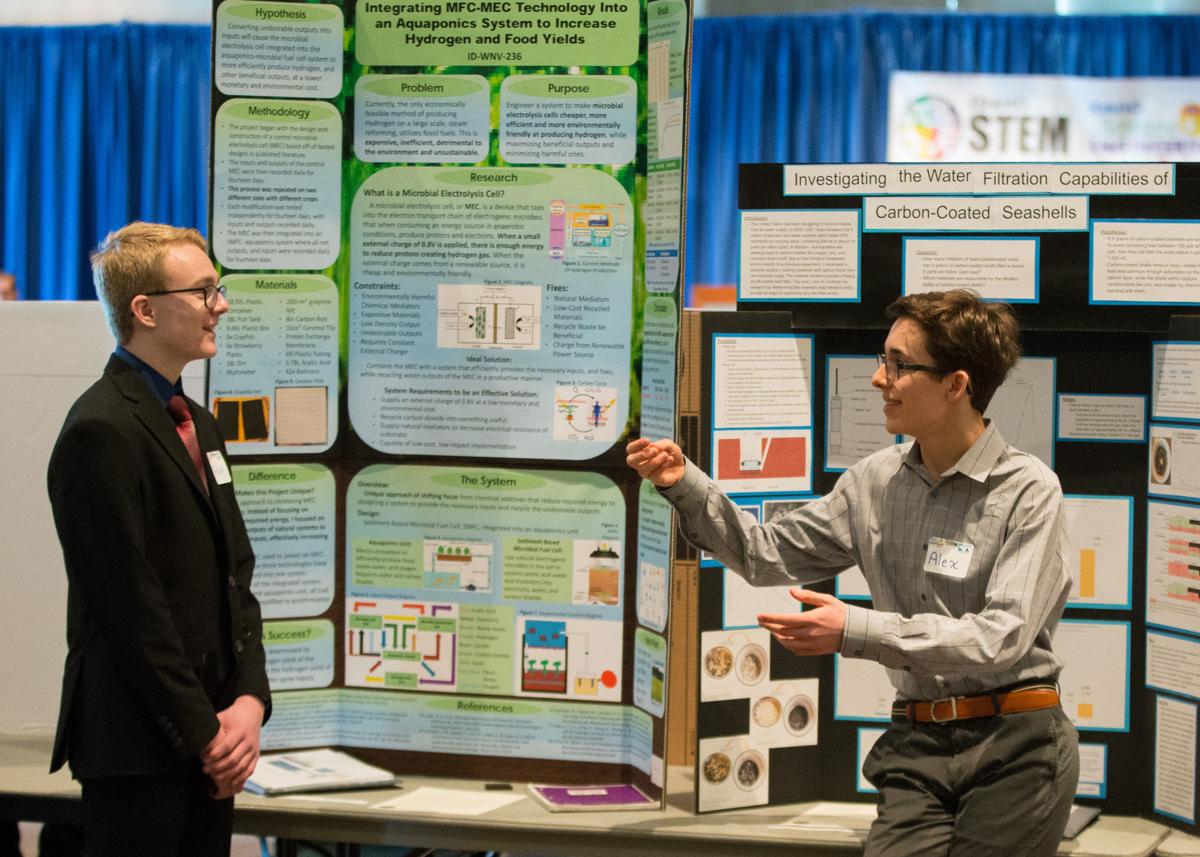 Taylor Herndon, a senior at Vision Charter School in Caldwell, and Alex Howard, a senior from Timberline High School in Boise, both won Best in Fair awards at the second annual Western Idaho Science and Engineering Fair at Boise State University March 16. 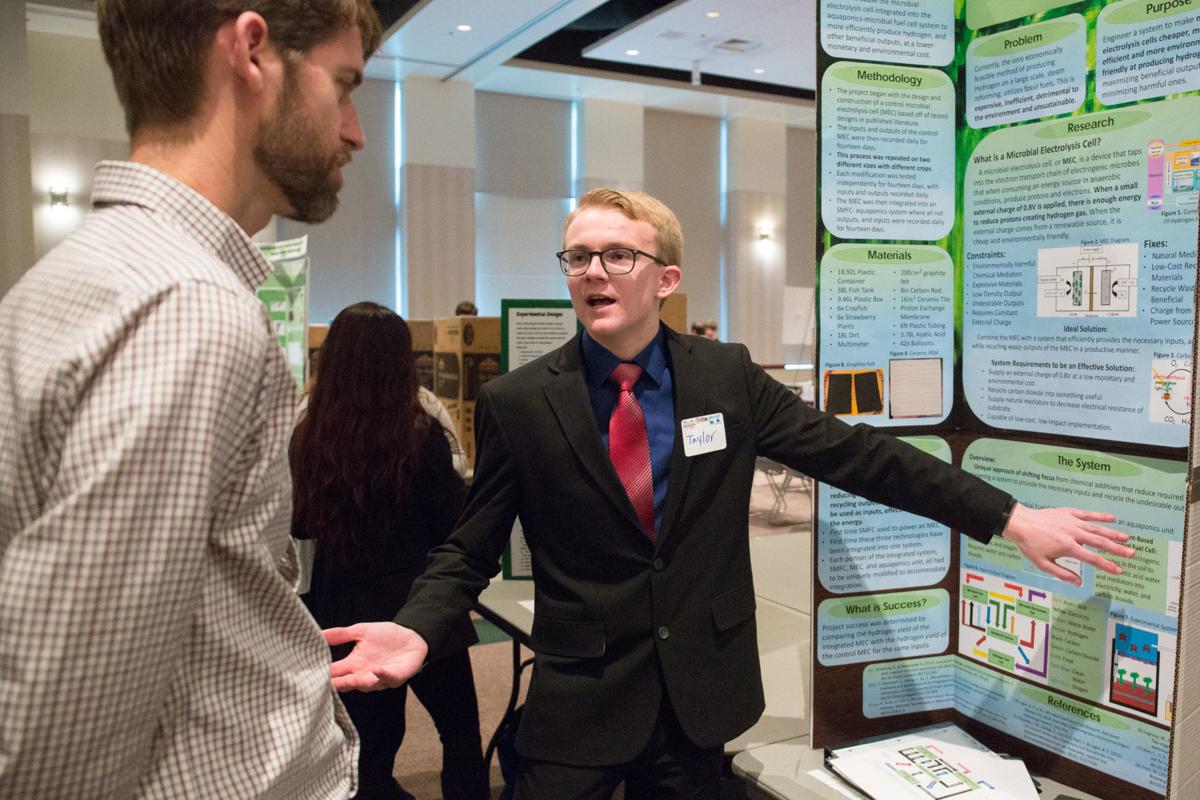 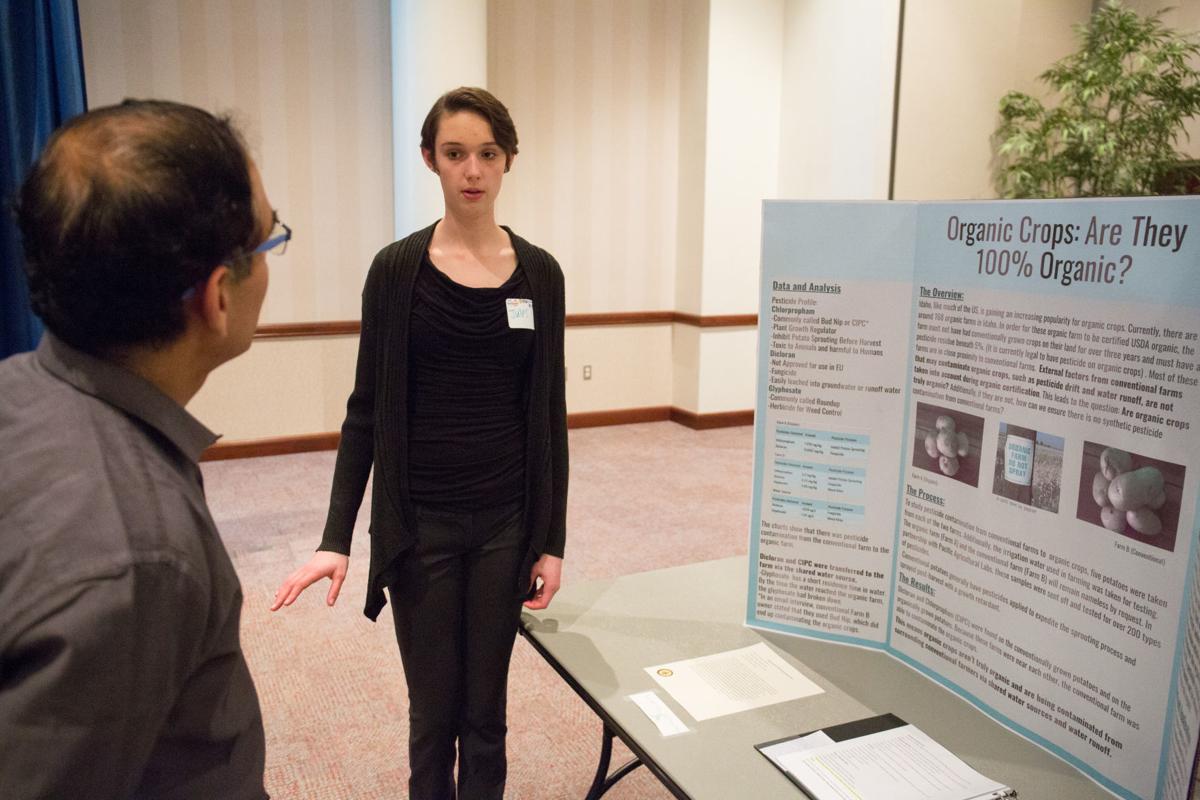 Taylor Herndon, a senior at Vision Charter School in Caldwell, and Alex Howard, a senior from Timberline High School in Boise, both won Best in Fair awards at the second annual Western Idaho Science and Engineering Fair at Boise State University March 16.

The Western Idaho Science and Engineering Fair was March 16, and while I wasn’t able to attend, I did watch footage from the awards ceremony. I tell you, it was like every other student they announced was from Vision Charter School.

Here’s the lowdown, and a huge congratulations to each of you (and your teachers and parents!). Note that each project listed was an original research project.

More on TJ in a minute, because there is more exciting news, but I’m going to finish this roundup first.

Isaiah Anderson: Gold Medal and the Intel Excellence in Computer Science award for a project involving artificial intelligence, a SmartWatch and integrated software.

Malachi Anderson: Gold Medal and the Yale Science and Engineering Association Award. He gave a presentation on “The Future of Bio-Toxic Water Containment.”

Gillian Hall and Jadyn Doramus: Silver Medal for their research and presentation on coronary disease treatment.

Clara Jorgensen and Breann Ouckama: Silver Medal and the U.S. Air Force Award. These two worked on the creation of a helmet that mimics a horse’s hoof. Not sure how that one works, but I’m betting the helmet is an improvement on what’s available now.

Brooklyn Legg: Gold Medal, Best in Category and the Arizona State University Walton Sustainability Solutions Award. Her project was on “integrating Medical Herbs into a Transportable Aquaponics System for the Development of Medicine for Impoverished Countries.” Last year, Brooklyn was with a group of students who took Best in Fair, so she's being pretty consistent with her levels of awesomeness.

David Snow and Ben Collins: Silver Medal and the Stockholm Junior Water Prize. They researched biofilter rafts, which are involved in aquaponics systems.

Jules Van Haren: Gold Medal, Best in Category and the NASA Earth System Science Award for her project, “Organic Crops: Are They 100% Organic?”

Isn’t this an impressive list? I’m impressed. I would not have been studying something this intense in my science classes, I promise you that.

Back to TJ. Because he won Best in Fair, he gets an all-expenses-paid trip to the International Science and Engineering Fair in Pittsburgh, Pennsylvania, on May 12-18!

Jules will be accompanying TJ, and yes, her expenses are also paid. The judges selected her as an “observer,” meaning she gets to, well, observe. Her project will not be in the competition, but he will be bringing great insights back to Vision Charter to share with everyone. Vision Charter science teacher Mr. (Jason) George will also get to go. Party time in Pennsylvania!