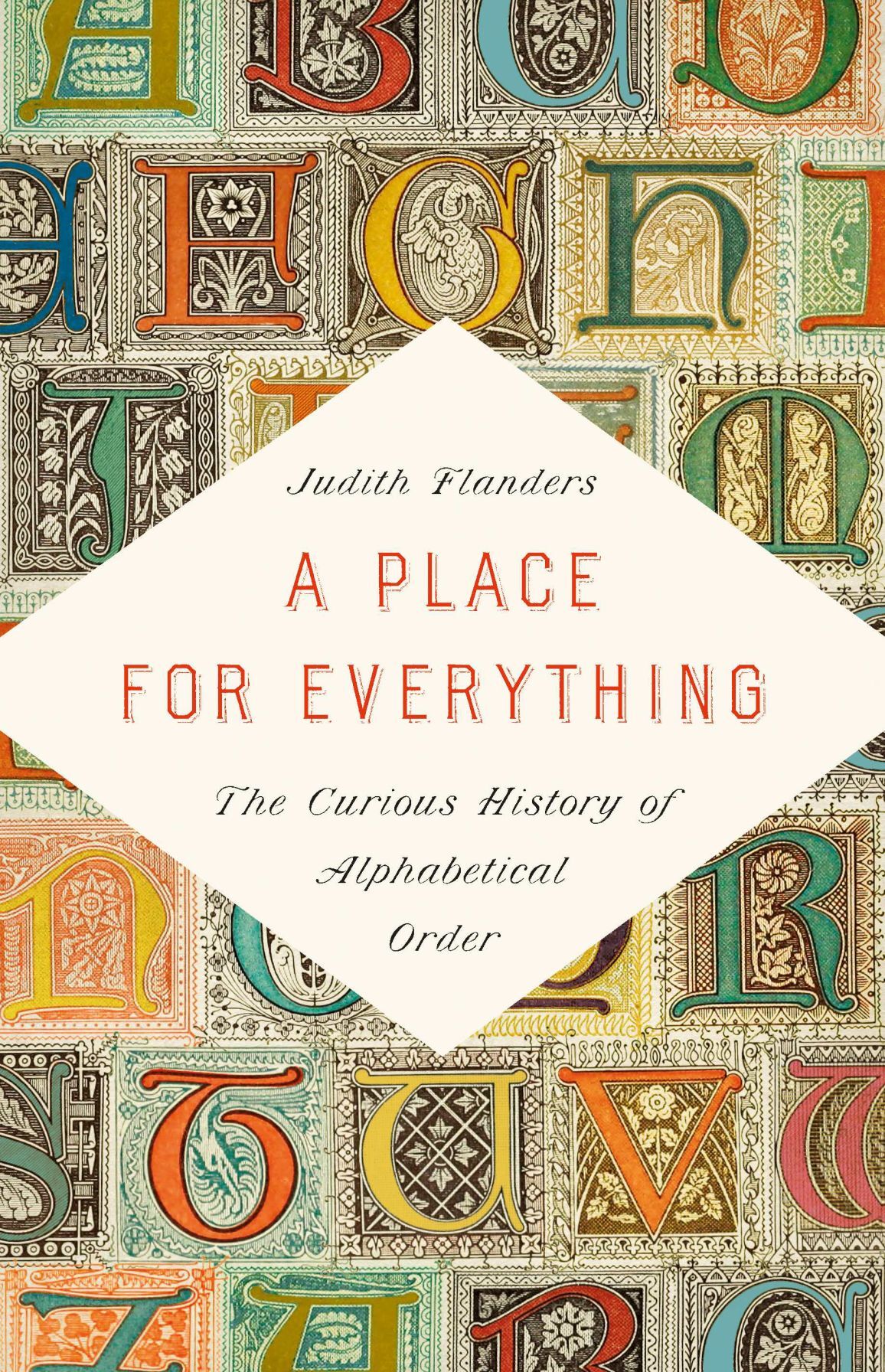 Where is the cereal shelved?

With the other cereal, of course, same aisle as oatmeal and maple syrup, probably middle of the store. Milk is with sour cream, sugar is with flour, and strawberries are over by bananas. From groceries to gadgets, most things in our lives are categorized and as you’ll see in “A Place for Everything” by Judith Flanders, that’s sometimes as simple as A-B-C.

Long before the invention of the letters you see on this page, humans communicated with symbols. That was easy, but also complicated: a haphazardly-placed symbol might indicate a bird, for instance, but if paired with something else etched near it, it had a different meaning. Not until the Sumerians invented cuneiform did orderly rows and columns became standard for most communication; still, cuneiform was “ideographic” and abstract.

“Writing,” says Flanders, “was altogether a complex business” that historians believe was invented just three times: the Chinese used written words as early as 1600 BCE, scholarly Egyptians embraced written words, and so did the Mayans. As for the alphabet itself, it seems to have been a collaboration, invented just once, probably near Egypt.

Some three thousand years ago, it spread to Europe.

The alphabet led to the writing of scrolls, then books, both of which were created by hand, meaning that works were copied, reorganized, changed, and adapted then. Books ultimately became popular enough that Ptolemy I demanded one for his library from everyone who traveled through his kingdom. His obsession, The Library of Alexandria, was “probably” one of the first to alphabetically organize the volumes it contained.

As use of alphabetization increased, it wasn’t without controversy: clerics demanded that “God” come before everything else, but what if “God” was deus? Others said chronology made more organizing sense. When you remember that spelling might differ between people and nations, and letters may’ve been changed slightly or added, you can see the mess.

And it lasted until just a little over a century ago ...

For someone like you, a lover of the written word (you haven’t stopped reading yet, right?), there’s good news: “A Place for Everything” covers nearly everything having to do with the invention of writing, including books, paper, documents, and even furniture.

And yet, at its core, this is a book about organizing one small corner of human evolution, and author Judith Flanders is quick to remind readers of that. Readers who struggle with clutter will be astounded at (and impressed by) the sheer number of items that our ancestors invented and accumulated, which then needed to be sorted — a list that grew along with culture and knowledge. For the curious word-lover, or the a fan of ancient history or historically-based timeline writing, that’s extraordinarily delightful.

Whether clay tablet, clutch purse, or closet, there are steps for sorting, and there’s a constant shuffle and re-working to make things more find-able. “A Place for Everything,” this book about alphabetization, tells part of that story in a surprising chronological order. It’s up to you to decide where to shelve it.

'A Place for Everything'

"A Place for Everything: The Curious History of Alphabetical Order" by Judith Flanders

Looking for more ideas of what to read? Here are some books the Bookworm is reading: