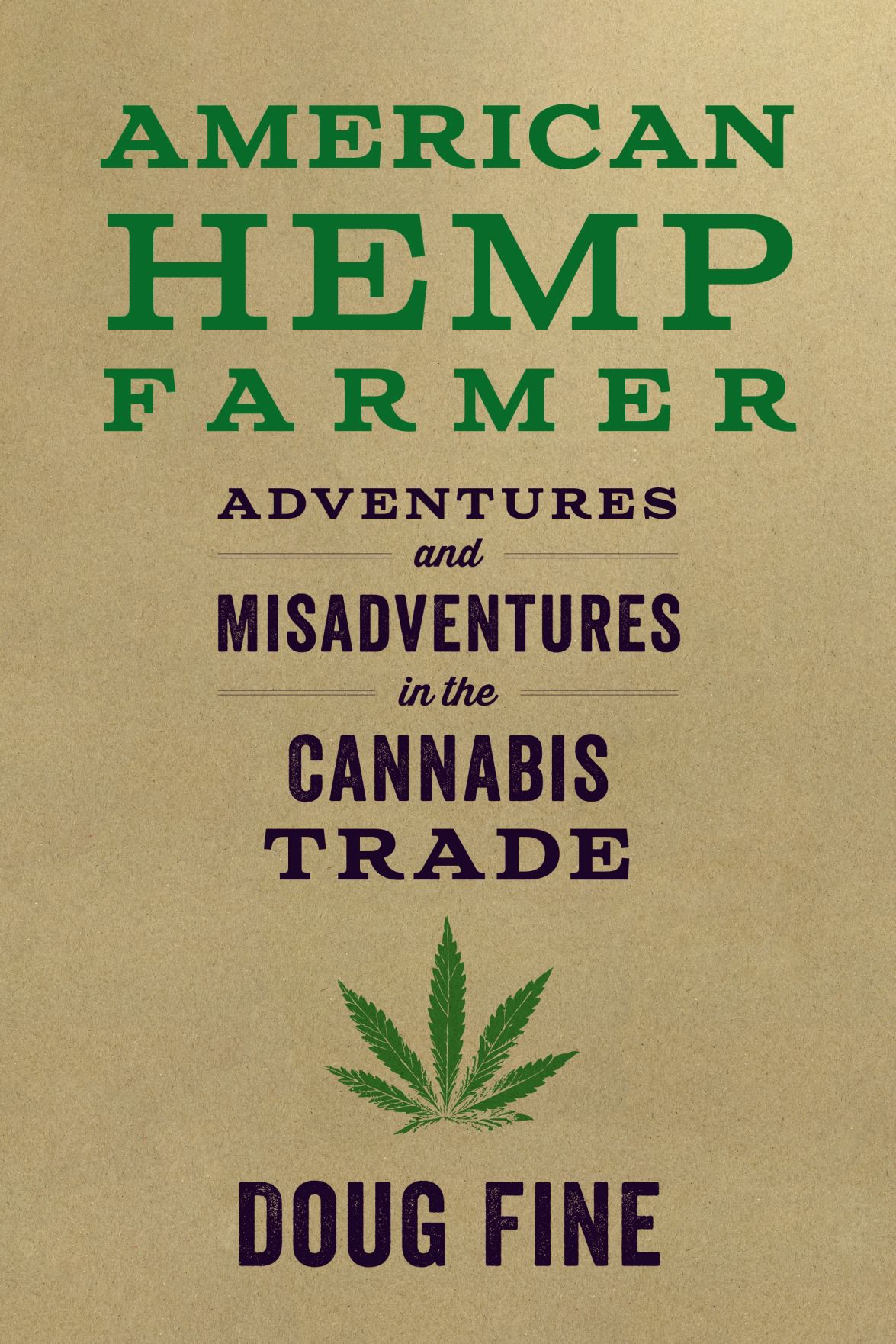 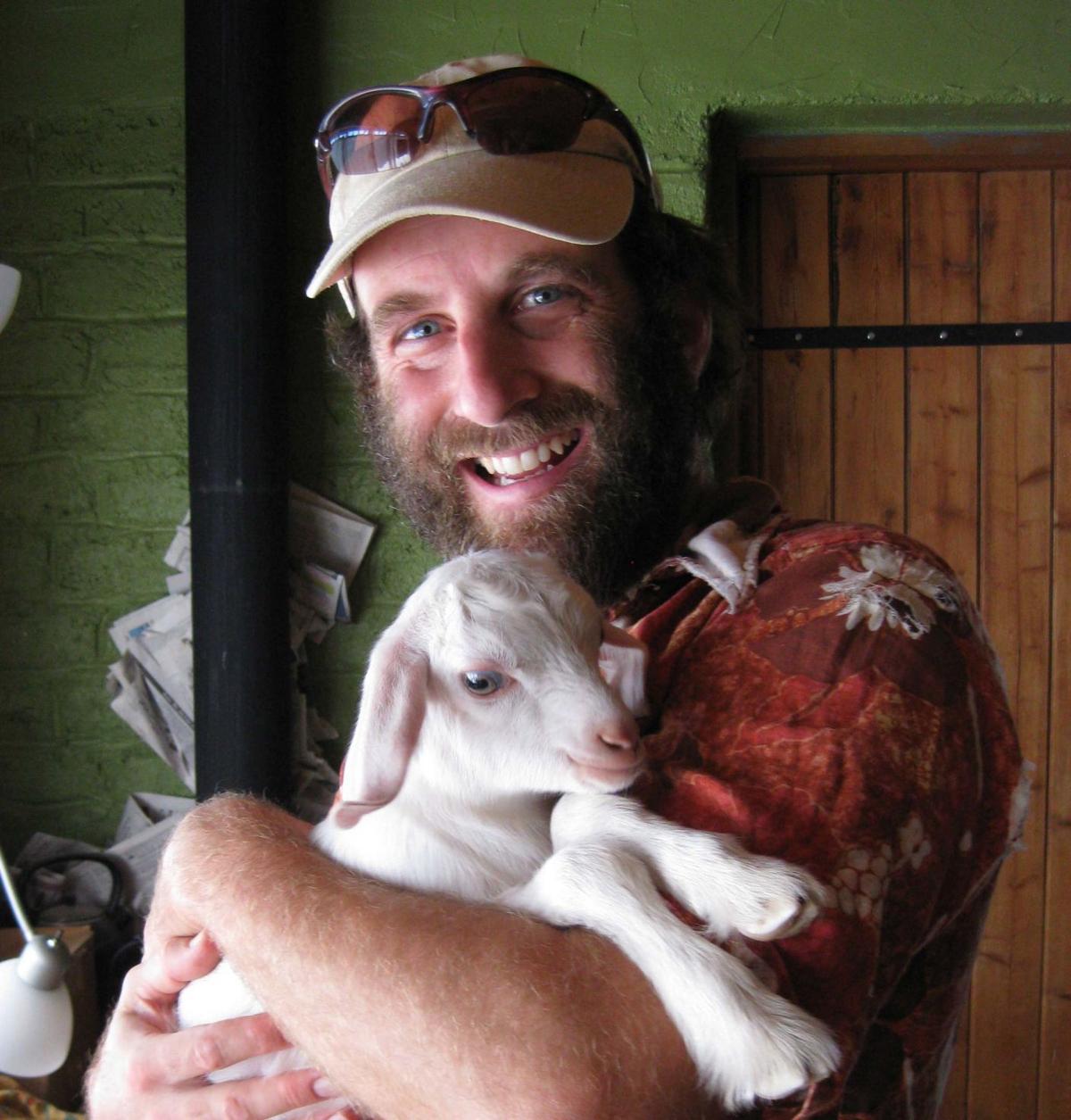 The price of soybeans is down.

Same with corn and wheat; oats bring considerably less than they did a few years ago. And the thing is, you don’t have a crystal ball so next year is a guess. Plant more corn, more wheat, less ... what? Or, as in the new book “American Hemp Farmer” by Doug Fine, do you take a chance on something so old, it’s new?

Six years ago, Doug Fine and his family watched as fire-fleeing grizzly bears killed nearly every one of their livestock, right before their eyes.

The fire was obviously frightening. The slaughter of his stock was horrible. But what concerned Fine most was how everything started, with “this climate change problem.” That led him to consider a new kind of sustainable farming, and the “timing was good”: hemp had just been legalized for “research purposes.”

He jumped in with both feet.

Today, Fine grows nonpsychoactive varieties of hemp on his Vermont farm, something that was illegal to do for decades despite that nonpsychoactive hemp differs from that which contains THC; in other words, Fine’s crop is not mind-altering. Even so, although the human body has “cannabinoid receptors,” though CBD products are a go-to remedy for many, and despite myriad uses for hemp, there are still many bureaucratic hoops to jump through to be a hemp farmer, the least of which is testing to ensure that a crop doesn’t cross a threshold in those THC levels.

If you’re serious about growing hemp, Fine says to start with the soil as “Step One.” That holds absolutely true if you’ve been using herbicides or other chemicals on your soil — and on that note, consider embracing a no-sweat attitude toward weeds. Be knowledgeable about your seeds and what you can do with them. Know when it’s time to panic. Invest in a good dryer by the end of growing season, and research all harvesting methods. Finally, take a page from the past and consider a co-op; tobacco farmers did, and it worked for them for decades ...

One thing’s for certain: “American Hemp Farmer” is for farmers only. It’s not for weekend dabblers or big corporations — it’s for people who can bury their hands knuckle-deep into the soil and who want to know what grows in the dirt that’s under their fingernails.

Judging by what author Doug Fine says here, though, there may be a learning curve first, and to do this right will take commitment. Even veteran farmers know that anything can happen in a field and Fine is honest but not discouraging in his tales of “misadventures,” told with the kind of humor farmers share at the local café. Even better, his candor gives readers the feeling that he’s done the hard work of making mistakes, so you don’t have to.

Don’t misunderstand: this book isn’t for anyone who snickers about “weed” because that’s not what it’s about. Nope; but if you’re concerned about sustainability, climate change, progress, and a farming revolution, you won’t be able to put “American Hemp Farmer” down.

"American Hemp Farmer: Adventures and Misadventures in the Cannabis Trade" by Doug Fine

Looking for more ideas of what to read? Here are some books the Bookworm is reading: