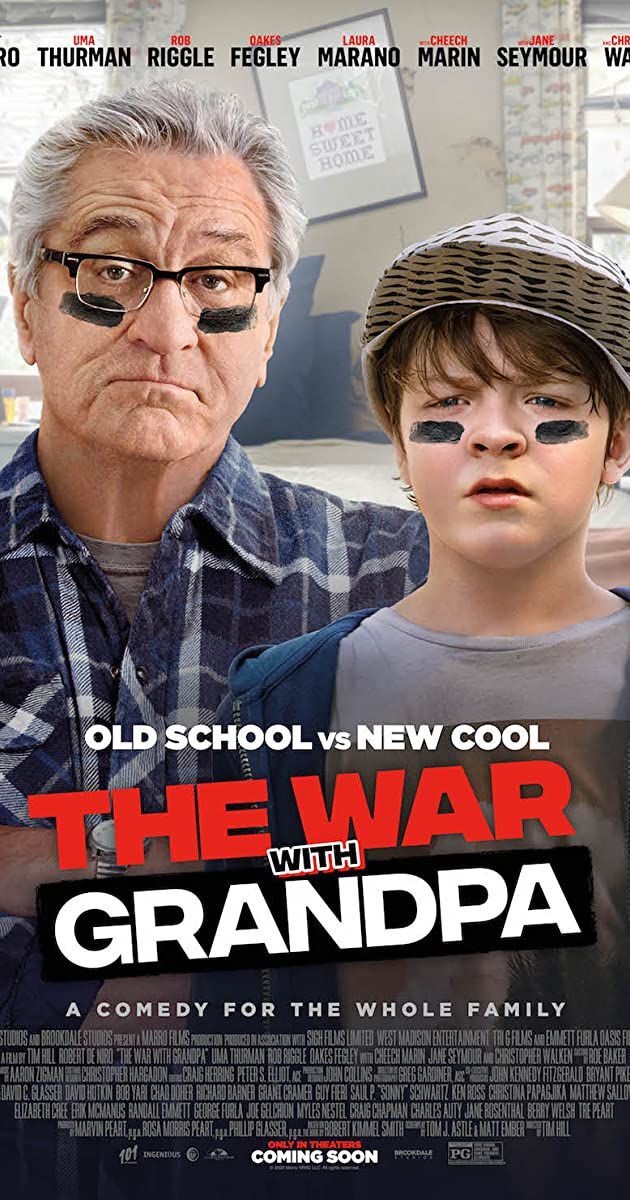 Robert De Niro has long been lionized as one of America’s greatest actors, so critics started salivating when it was announced that he was teaming up with Uma Thurman, Christopher Walken, Cheech Marin and Jane Seymour for his new film. Surely this project would be a top contender for the Academy Award, whenever that happens next.

The film turns out to be “The War with Grandpa,” a pre-teen comic fantasy that is as silly as it sounds. De Niro plays grandpa, the old man who inadvertently starts a war when he moves in to his daughter’s house (Uma Thurman) and forces his grandson (Oakes Fegley) to give up his room. This is a comedy aimed at families, so the war will mostly consist of pratfalls and embarrassing moments, but some parents might take issue with the serious intent behind the skirmishes.

People do get hurt. Property is destroyed. Fires break out. It’s rated PG and done for comic effect, but you might want to preview the film before letting your pre-teen boy get any mischievous ideas.

For my part, I didn’t really have any issues with the violence here, as “The War with Grandpa” works nicely as a youth-empowered fantasy. I think there’s little harm in letting kids run wild in a world without any true consequences. I actually have a soft spot for the film because back when I was working in the film industry, this is precisely the type of movies we were churning out — although we never got an actor as notable as De Niro.

The film has solid production values and mostly-professional acting, with lots of mild humor and a solid message of the importance of family at its center. De Niro is obviously a much better actor than young Fegley, as is painfully apparent in a few of their scenes, but the disparity of talent mostly plays like a kindly grandfather stooping to help his beloved grandson.

It makes for a charming-but-slight family comedy. I’m not sure how director Tim Hill managed to assemble such a notable cast, but the end result is worth the overabundance of talent on set.

“The War with Grandpa” is playing in movie theaters. If “Tenet” couldn’t get Americans back into movie theaters, I doubt that this movie will draw in the crowds. Still, I appreciate the fact that Hollywood is trying to get first rate movies back up and running.

It’s not a Marvel superhero movie, but it’s a solid start — especially if you’re a pre-teen boy.

'The War with Grandpa'

“The War with Grandpa”