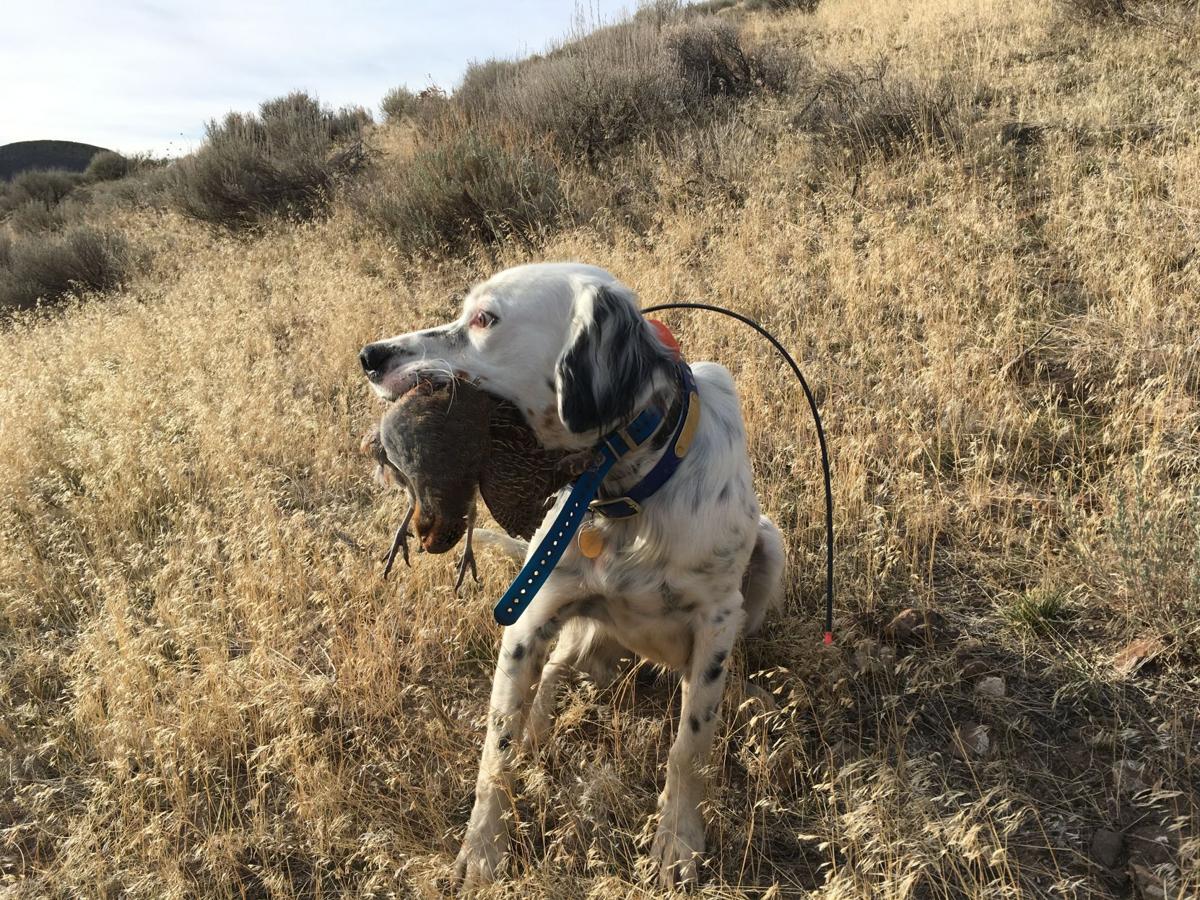 Pointer with a gray partridge. 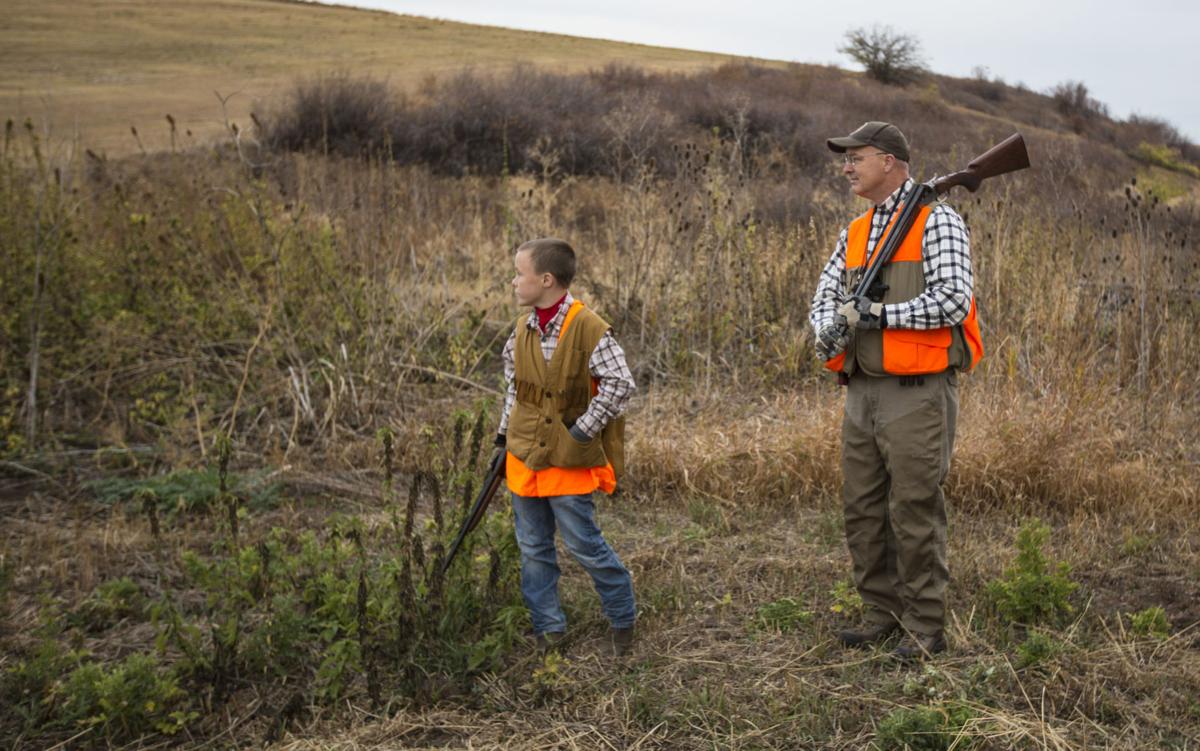 Pointer with a gray partridge.

Idaho is a big state with a diverse mix of habitats, elevations and climates, and the state contains a variety of upland game birds. Upland bird populations can vary tremendously on an annual basis, and their health and numbers typically depend on favorable weather conditions, which are often very localized.

That means upland game birds are tough to forecast on a statewide basis. However, Idaho experienced cooler than normal temperatures in June statewide, along with higher than average rainfall. What does that mean for upland hunters? It’s a bit of a glass half empty/full situation.

“Cool and wet weather during the hatch is typically not a good indicator of strong numbers in the fall. In general, we’re crossing our fingers for good second nesting attempts,” said Jeff Knetter, Upland Game and Migratory Game Bird Coordinator. “On the bright side, habitat should be in good shape, and there should be an abundance of insects for brood rearing. Those that made it through June should be in great shape.”

There’s ample opportunity for upland hunters to pursue a large variety of birds across a variety of landscapes in Idaho, and upland birds in some areas will have fared better than others depending on localized conditions. Fish and Game also recently expanded its pheasant stocking program, providing even more opportunity for upland bird hunters throughout the state. More information about the expanded pheasant stocking program, including some changes hunters should be aware of for the upcoming season is available online.

To provide an idea of what’s available this hunting season, Fish and Game’s wildlife biologists in each region have compiled an update of what they’re seeing and hearing on the ground with bird populations, so hunters can get a look at their favorite areas and quarry.

To learn about upland game bird hunting rules and seasons, and more information, see Fish and Game’s Upland Bird Hunting webpage, and get the digital copy of the 2020-21 Upland Game, Furbearer and Turkey Seasons and Rules booklet on the website.

Here’s a look at upland bird hunting in each region; more information is available on the IDFG website: idfg.idaho.gov.

Snowpack was about average to slightly above average which may have had a minimal effect on over winter survival. The summer has been relatively dry. Nesting success and survival appears to have been good. Pheasants, gray partridge and quail are uncommon and largely restricted to the southern portion of the region.

The 2019-20 winter was relatively mild with above average temperatures and average to slightly above average precipitation levels cross the Clearwater region. Due to the warmer than normal temperatures, some of this precipitation came as rain, especially in some portions of the region. The impacts of these conditions on upland game bird survival are largely unknown, although no abnormally high mortality rates were detected, nor would they be expected given these types of conditions.

During the spring 2020 nesting and early brood rearing period, weather conditions were cool and abnormally wet through spring and into the early summer. Cool and wet weather can provide for excellent summer brood rearing habitat, but can also result in chick mortality, depending on the timing and intensity of precipitation events. Overall, population trends were positive, although there were a couple of exceptions, depending on the species.

Spring and early summer conditions were good for brood production for many upland birds. Pheasant numbers along established brood routes are down and production was fair. Quail and gray partridge (Hun) numbers observed during brood surveys for were also down slightly from last year. Chukar hunting will likely vary across the region. Preliminary indications are that dusky grouse had very high carry over survival (lots of adults in harvest) with good brood production. Ruffed grouse had excellent production; most ruffed grouse harvested in SW Idaho thus far have been juvenile birds. Sage-grouse lek counts were down compared to last year and had mixed brood success due to spring rains during the hatch.

Overall, upland bird hunting should be good to excellent with scattered pockets of abundant birds

Mild winter conditions and a dry warm spring were generally favorable for upland bird nesting but the unseasonably warm and dry spring provided for poor brood rearing habitat. Department personnel are reporting average to below average numbers of broods for all upland game species. Generally, bird numbers will be lower than in 2019 and lower than the 10-year average. Hunters are encouraged to contact the Magic Valley Regional Office at 208-324-4359 if they would like to learn more about upland game bird status and trends.

There was average winter precipitation during the 2019-2020 winter. The early nesting and brood rearing season received above average precipitation resulting in excellent grass and perennial forb growth. Observations have been optimistic with several reports of multiple hens with large broods.

Winter conditions were fairly typical for the Upper Snake Region in the winter of 2019/2020. Snowpack was near the long-term average for most of the region, although snowpack persisted in much of the Snake River plain until late winter/early spring. May was mostly warm and dry, while June temperatures fluctuated greatly, with good precipitation occurring in the middle portion of the month. July and August were dry throughout the region, with average temperatures.

The 2019-2020 early and mid-winter was mild, but late winter and spring was cooler and wetter than average. Nesting success and chick survival appears below average for the region. Due to heavy overwinter loss in previous years and the poor nest success this year most game bird populations are below average.