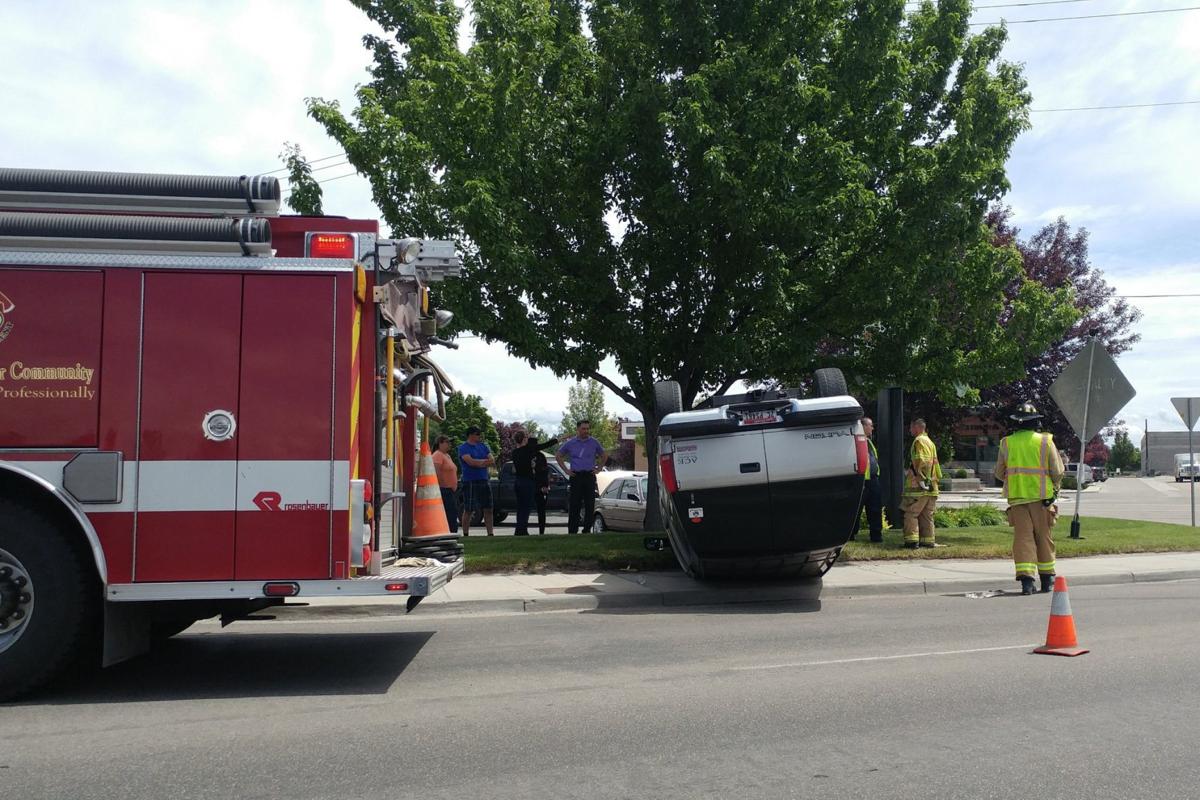 Emergency crews responded to a rolled vehicle Friday afternoon near the intersection of Caldwell Boulevard and North Midland Boulevard. Nampa police said no injuries occurred during the accident, which was caused by a driver failing to yield to traffic.

This crash occurred at the intersection of Karcher and Middleton roads in Nampa on Wednesday, Aug. 31, 2016.

Emergency crews responded to a rolled vehicle Friday afternoon near the intersection of Caldwell Boulevard and North Midland Boulevard. Nampa police said no injuries occurred during the accident, which was caused by a driver failing to yield to traffic.

This crash occurred at the intersection of Karcher and Middleton roads in Nampa on Wednesday, Aug. 31, 2016.

That’s according to data compiled by the Idaho Transportation Department. The agency provided the Idaho Press with a list of the 10 intersections in Ada and Canyon counties with the highest number of crashes, as well as injuries.

Only one of the 10 intersections listed had a fatality — 12th South Avenue and 7th South Street in Nampa. That intersection ranked sixth in the county overall in terms of crashes, however.

The reason for the low ratio of fatalities to crashes perhaps had to do with speed, said Idaho State Police Lt. Sam Ketchum. The intersections with the highest crash and injury rate in each county were all within city limits, where speed limits are lower and traffic is heavier. Fatal crashes tend to involve vehicles moving at high speeds, Ketchum pointed out.

By contrast, in Canyon County, seven of the high-crash intersections were in Nampa, while three were in Caldwell.

Perhaps that’s to be expected. Jake Melder, spokesman for the Idaho Transportation Department, pointed out high-traffic intersections are simply more likely to have more crashes. But he cautioned against using those numbers alone to make a decision about whether an intersection needs to be restructured. According to a 2015 report from the National Highway Traffic Safety Administration, 94% of crashes are caused by drivers, Melder pointed out.

Ketchum wasn’t surprised by the number.

Across the board, he said, more crashes occur during the morning and evening rush hours. It’s a combination of the fact that more people are on the road, and people are more likely to be distracted because they’re thinking about getting to work or going home. In addition to distracted driving, Ketchum listed speed, following too closely, and drugs or alcohol as the top causes of crashes he’s seen.

“Life is moving faster and faster, we’re getting more things in our cars to distract us,” Ketchum said. “And so it’s tough to get people to realize you’re driving a 4,000-pound missile. You’ve got to slow down and pay attention to what you’re doing.”