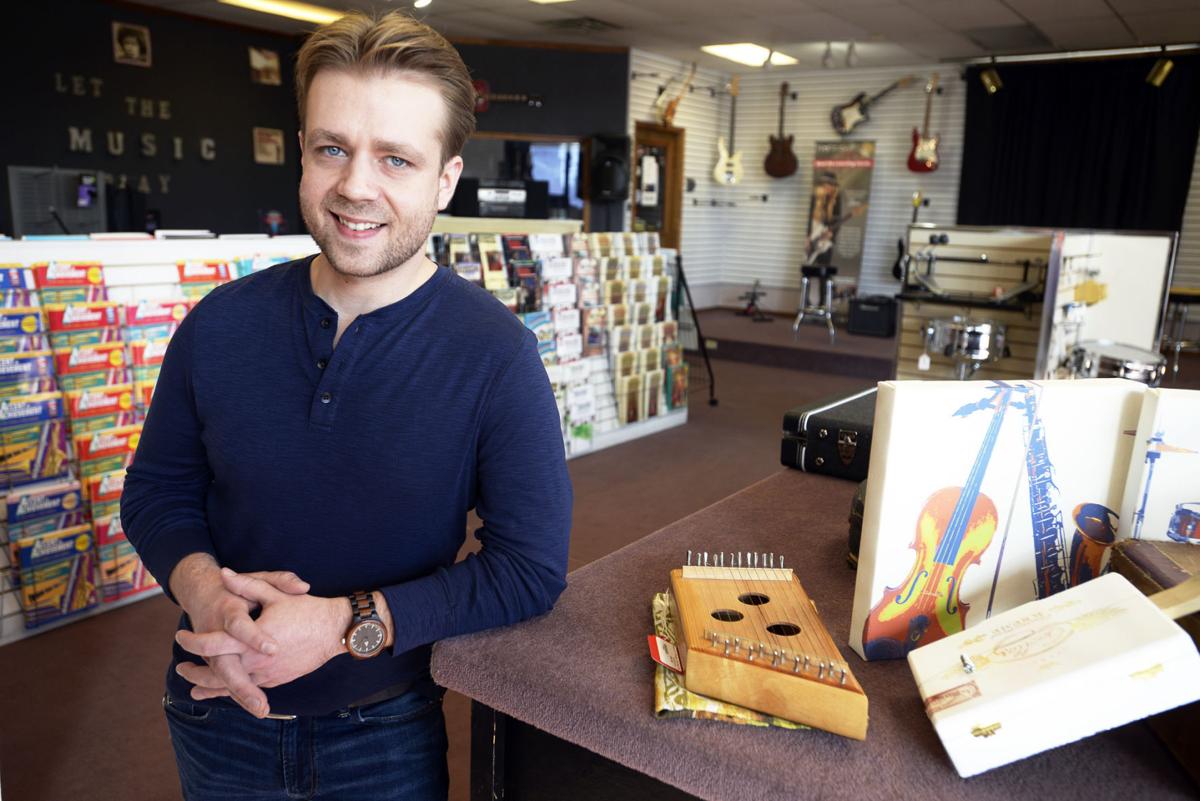 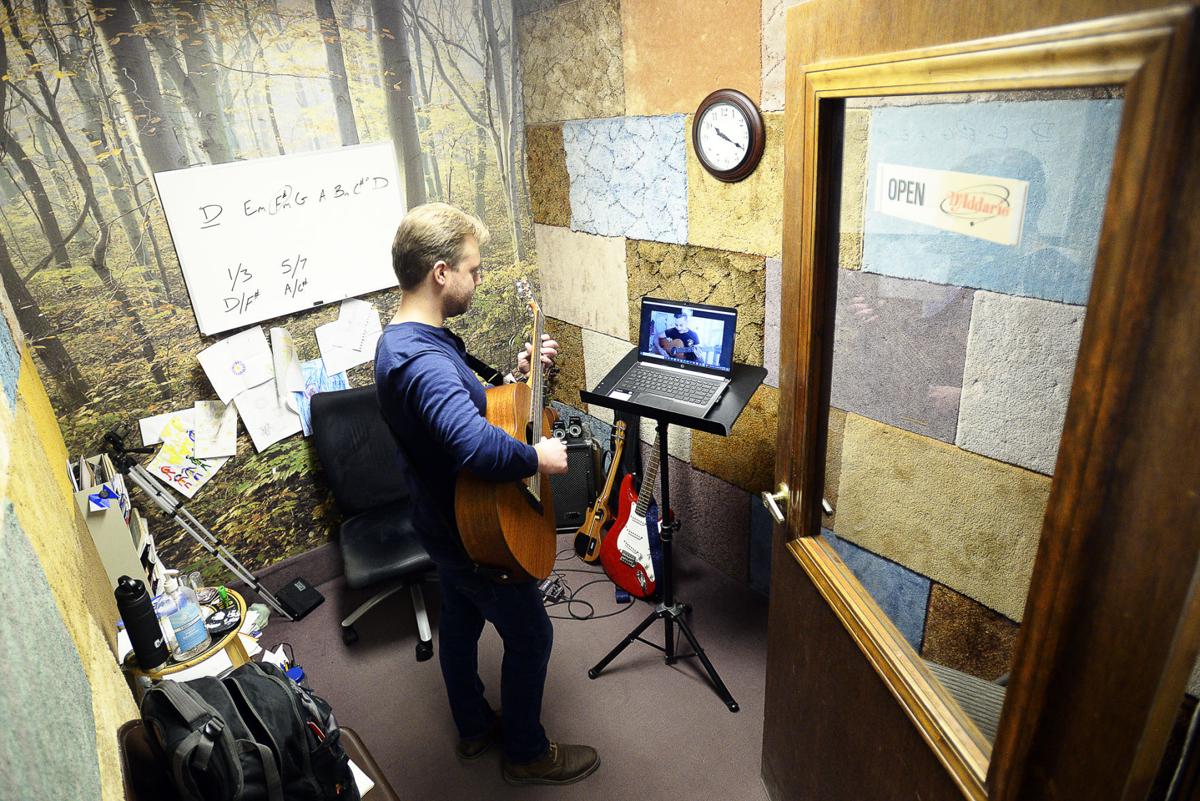 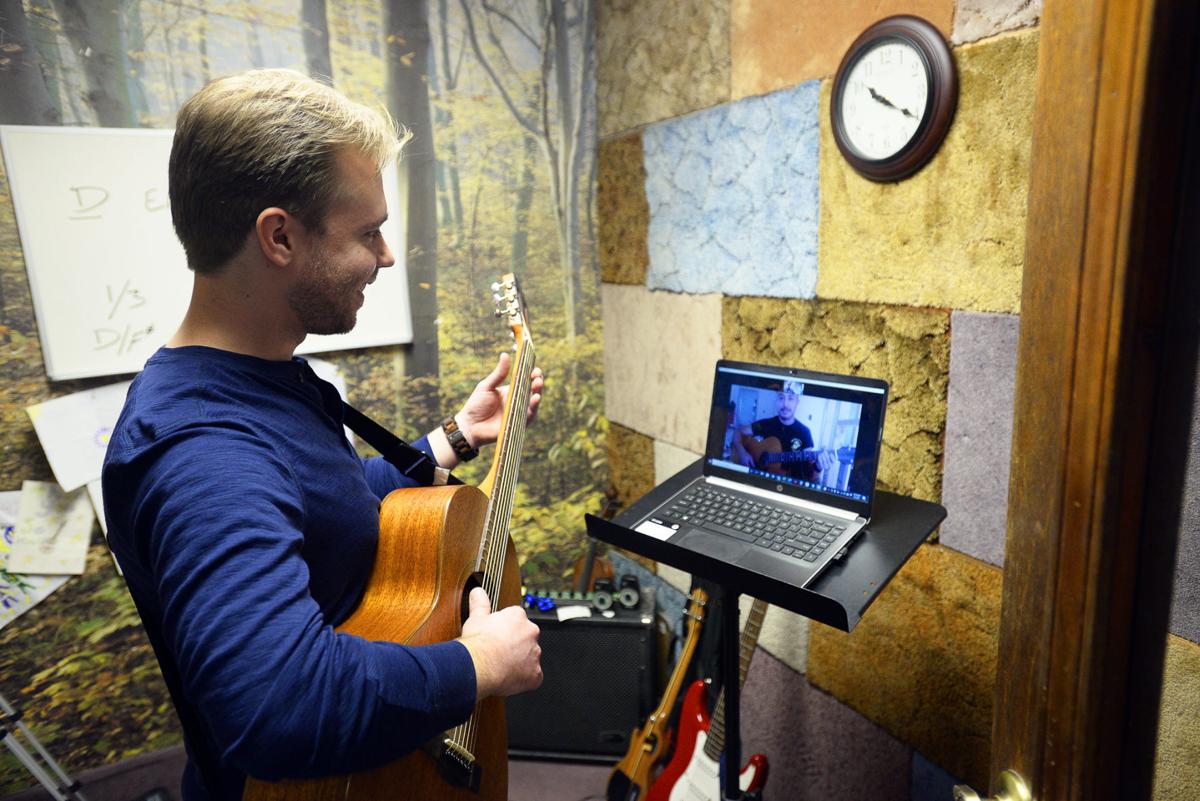 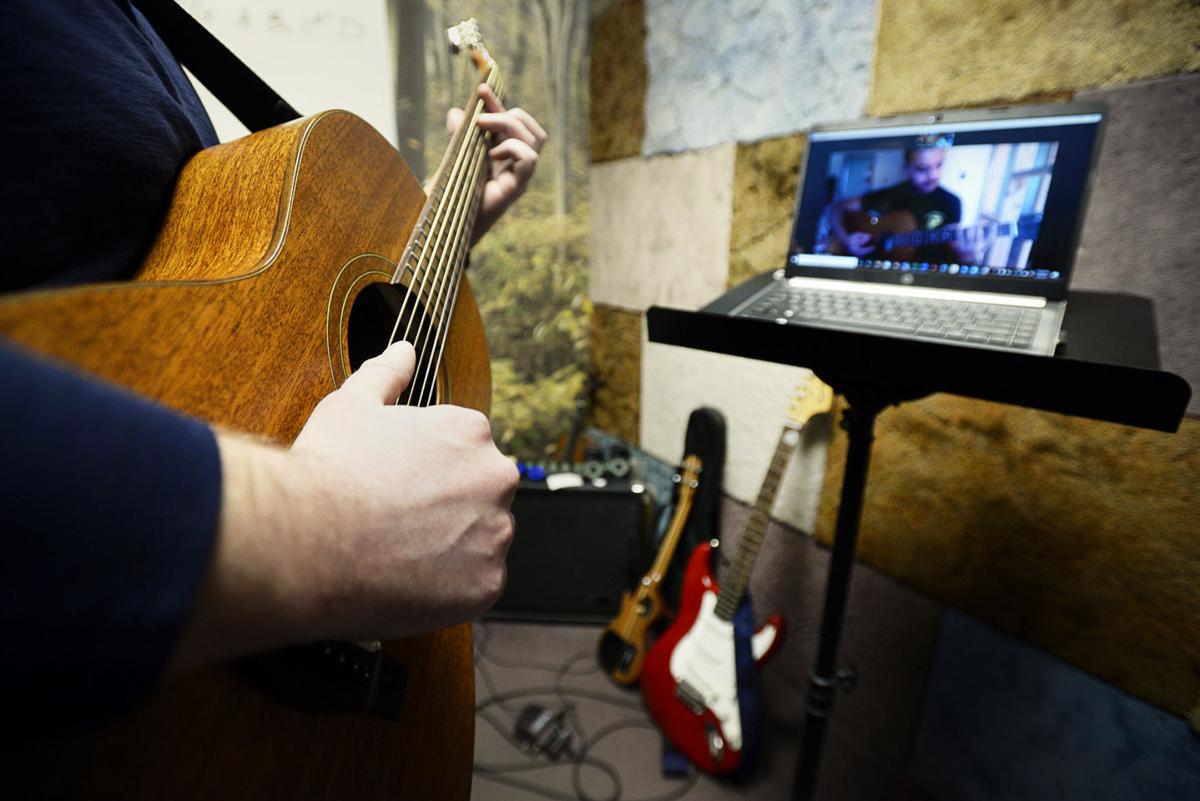 Tyler Wixom stands, guitar in hand, in a room with carpeted walls. In front of him, a laptop sits on a music stand, recording Wixom’s every move for a music student on the other end of a video call.

Ten years ago, music students at American Music USA started moving away from the Treasure Valley. In an effort to retain those students, Wixom, who owns the store, launched an online lesson program. He didn’t know it then, but the infrastructure Wixom set up would eventually help the 37-year-old music store to weather the storm during the COVID-19 pandemic.

“Almost all of our students transitioned to online so we didn't lose hardly any business,” Wixom said. “We're certainly grateful that we had that in place.”

“The store has just kind of always been a part of my life,” Wixom said. “As a kid I always loved the vibe around the store. I've always wanted to be part of it.”

During the pandemic, while many businesses struggled to survive, American Music USA saw an increase in business as more people became aware of online music lessons and sought out something to do during shutdowns. Wixom said he even received emails from students thanking him for bringing some sense of normality and human contact into their lives.

“I think that's a perfect example of someone who felt some comfort, through that music and the connection with an instructor,” Wixom said. “It's definitely a joy to be able to do something like that; it's a very rewarding experience.”

Even after the music store reopened its doors in May, people have continued to schedule plenty of online lessons. Wixom said people have really enjoyed the convenience of it.

American Music USA also had a large spike in guitar sales once it reopened, and it wasn’t the only music store that experienced an increase in instrument sales.

According to Mark Dunkley, owner of Dunkley Music, pianos, guitars and ukuleles flew off his shelves and displays so fast it made up for the lack of band and orchestra instrument sales that came from not having schools in session. Dunkley School of Music also moved its students to online lessons for a short time, though they are now back to in-person.

Dunkley said being able to provide people with a source of joy in a turbulent year was special to him.

“It's always a good feeling to help people develop their talents and to learn how to enjoy music,” Dunkley said. “That's one of our greatest goals is to help people enjoy music and when you're involved in music, it uplifts the soul and it inspires people when they're able to play their own music.”

Like Wixom, Dunkley has also spent his whole life around music. Dunkley’s father, William, founded Dunkley Music in 1950. When Dunkley turned 13, he started moving pianos for his father. He fell in love with being around instruments and ultimately decided to continue his father’s legacy.

In an age where Amazon and online shopping dominate consumer choice, Dunkley Music continues to be supported by the communities it serves. Since its founding, the store has grown from one location to three. Even in recent years, sales have continued to increase.

Dunkley thinks this will continue, as evidenced by trends he saw in 2020. This is not only due to the quality and types of service his store provides, but also because he believes there is a reason people turn to music, especially in hard times.

“A lot of people decided to play musical instruments during 2020,” Dunkley said. “Music brings such joy to people's lives.”