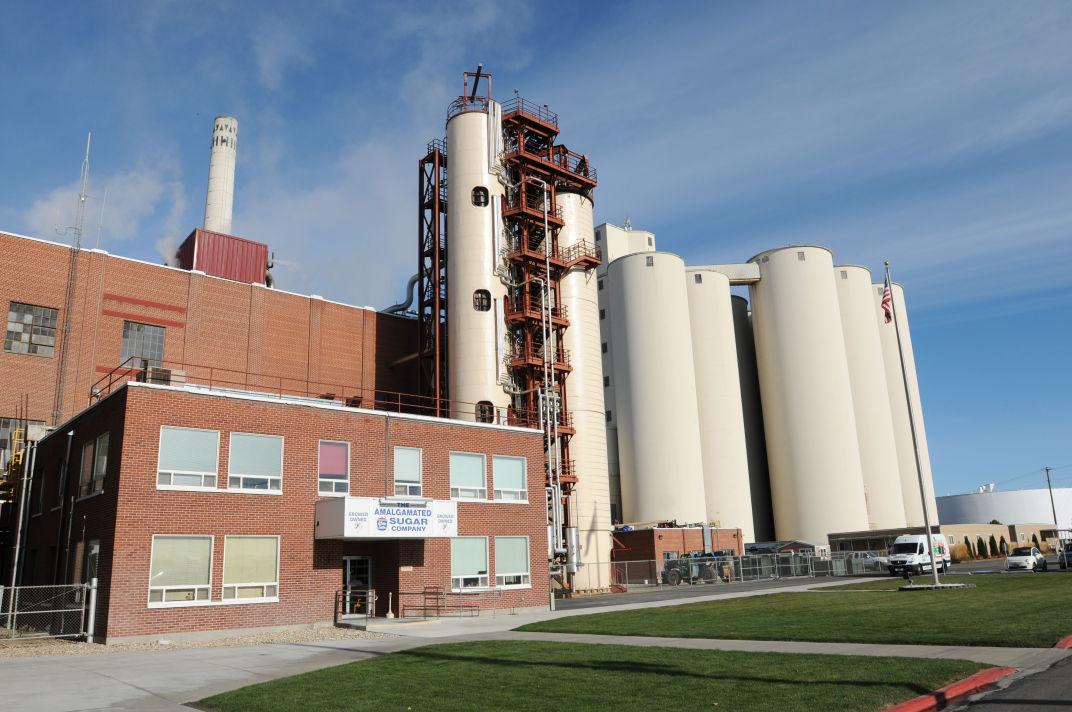 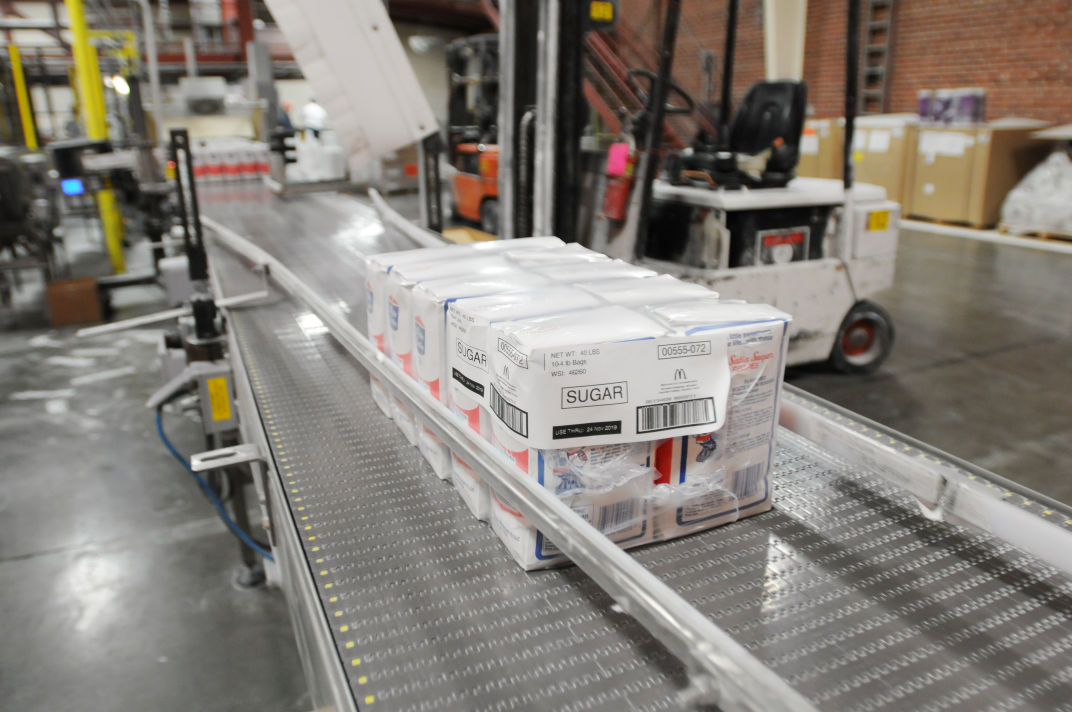 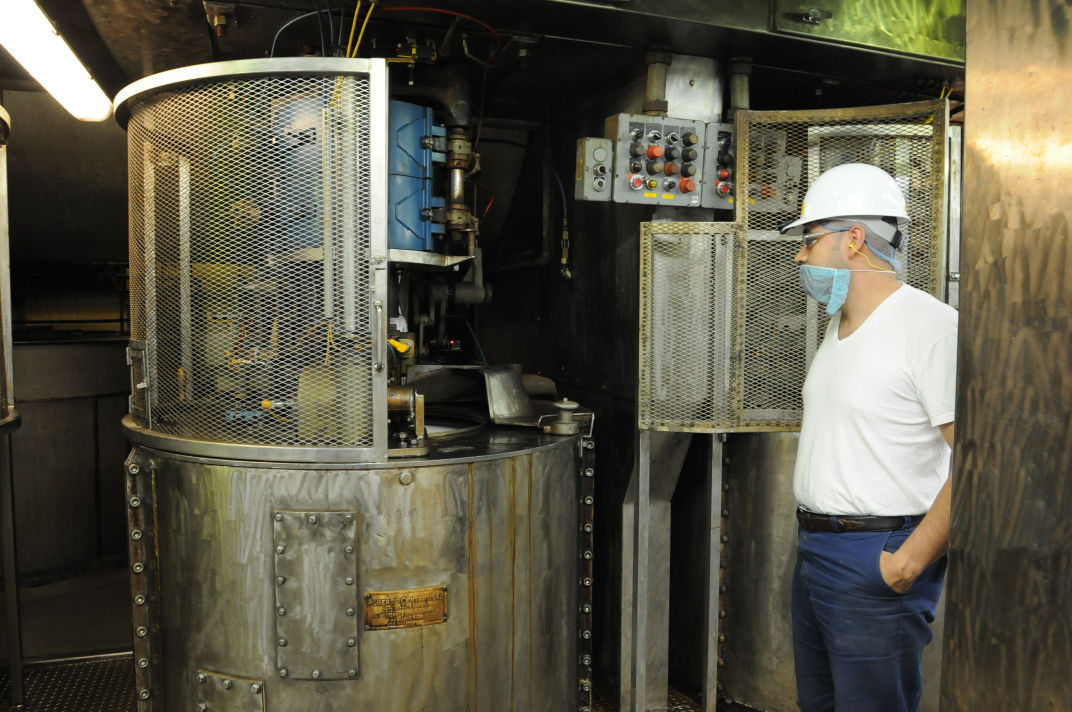 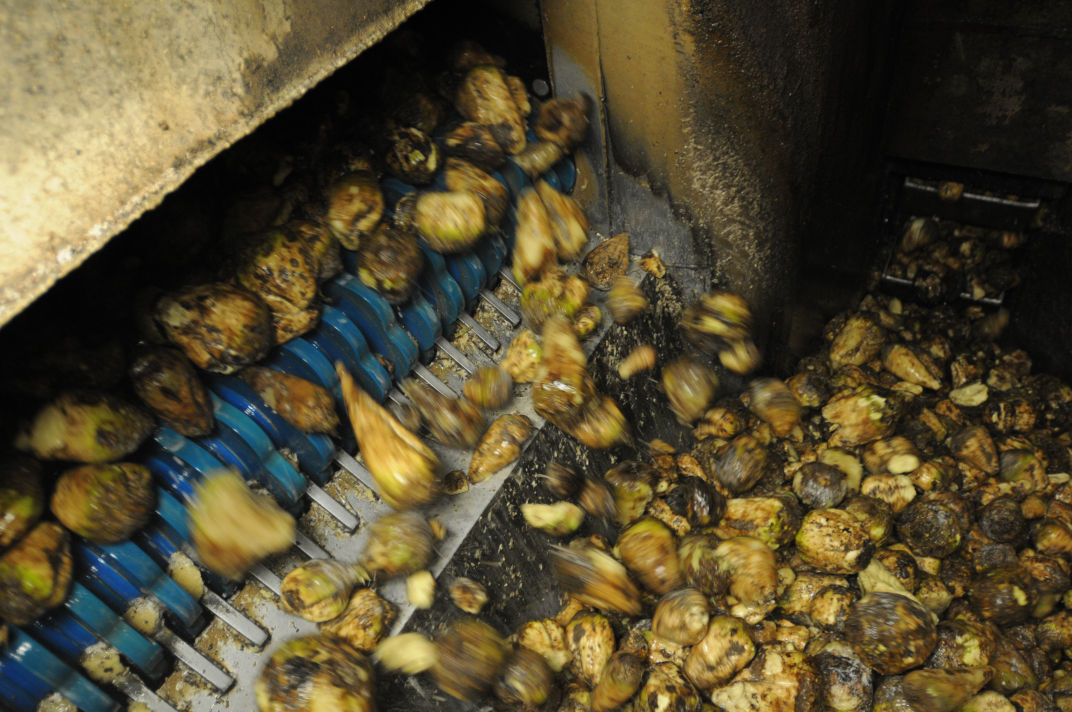 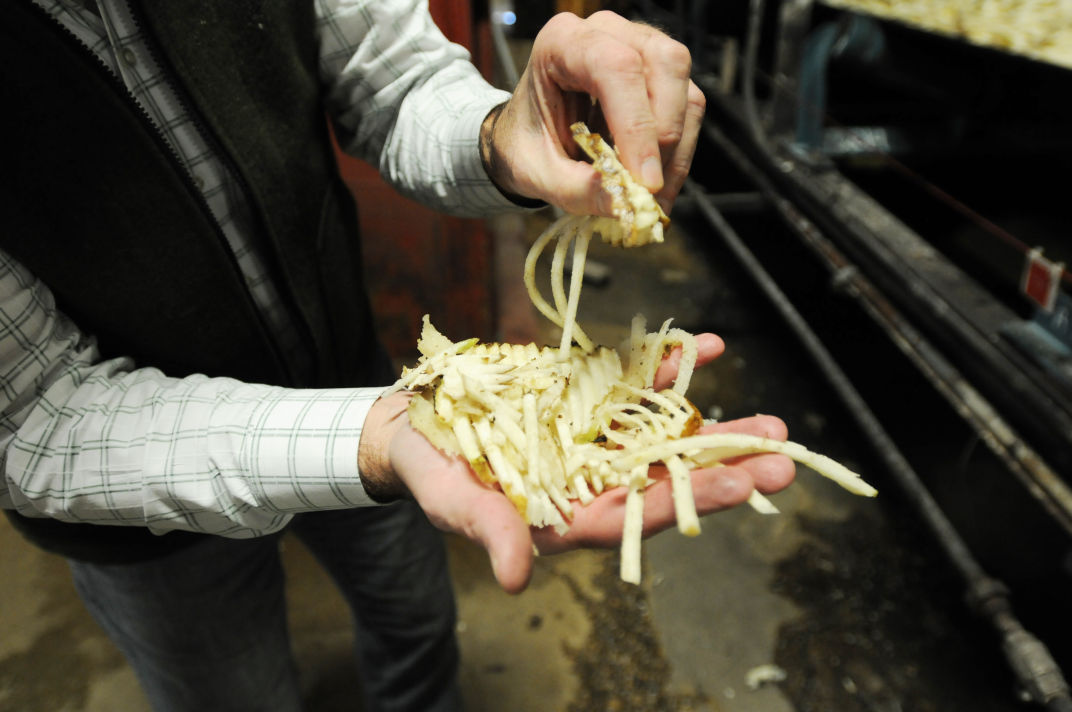 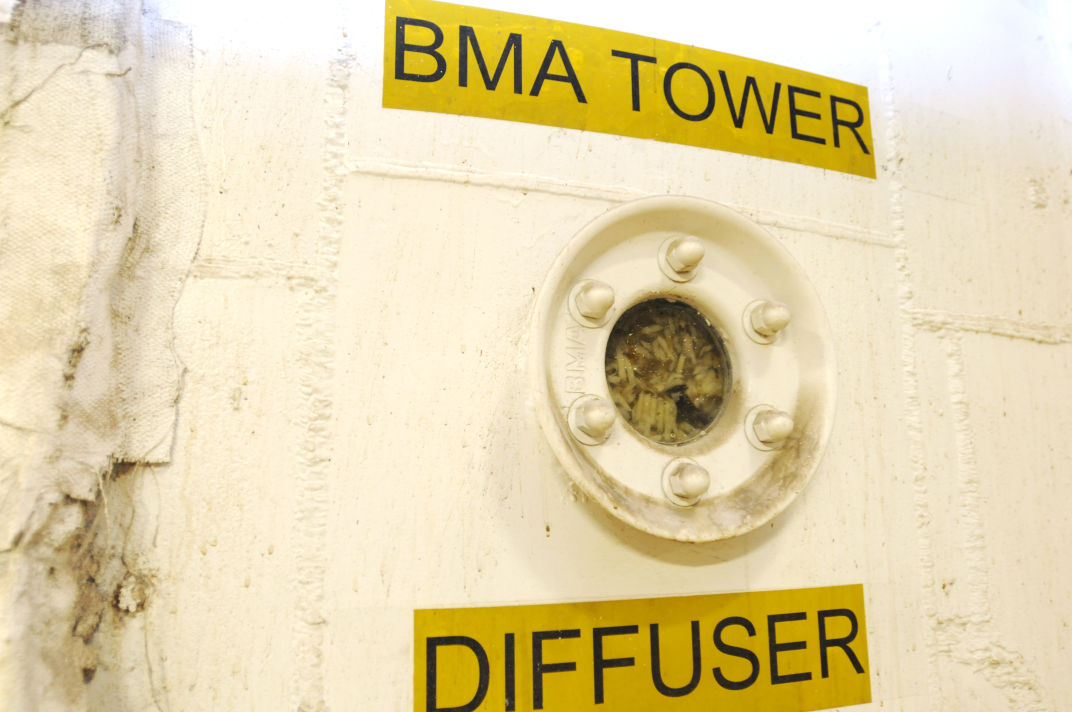 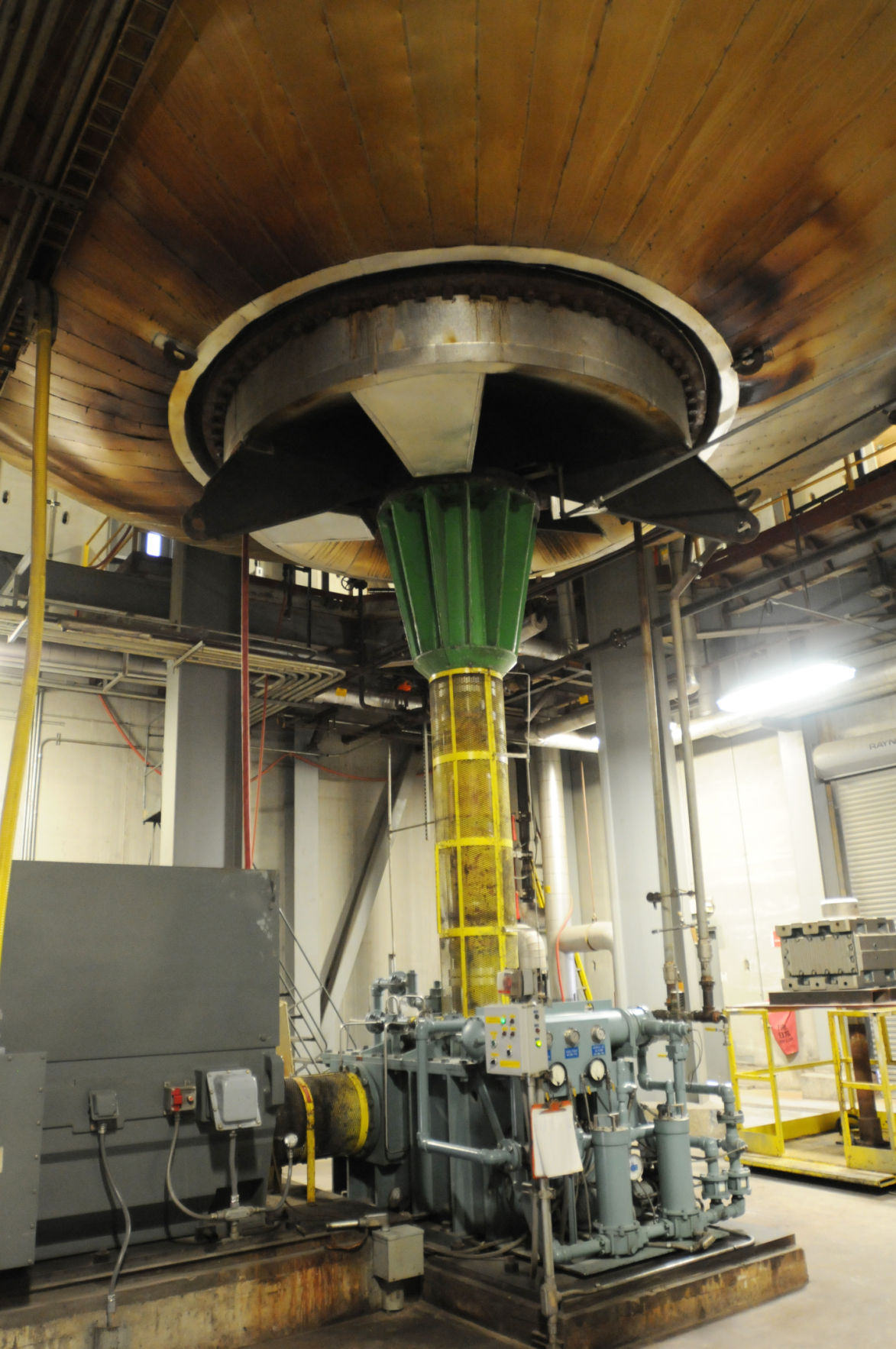 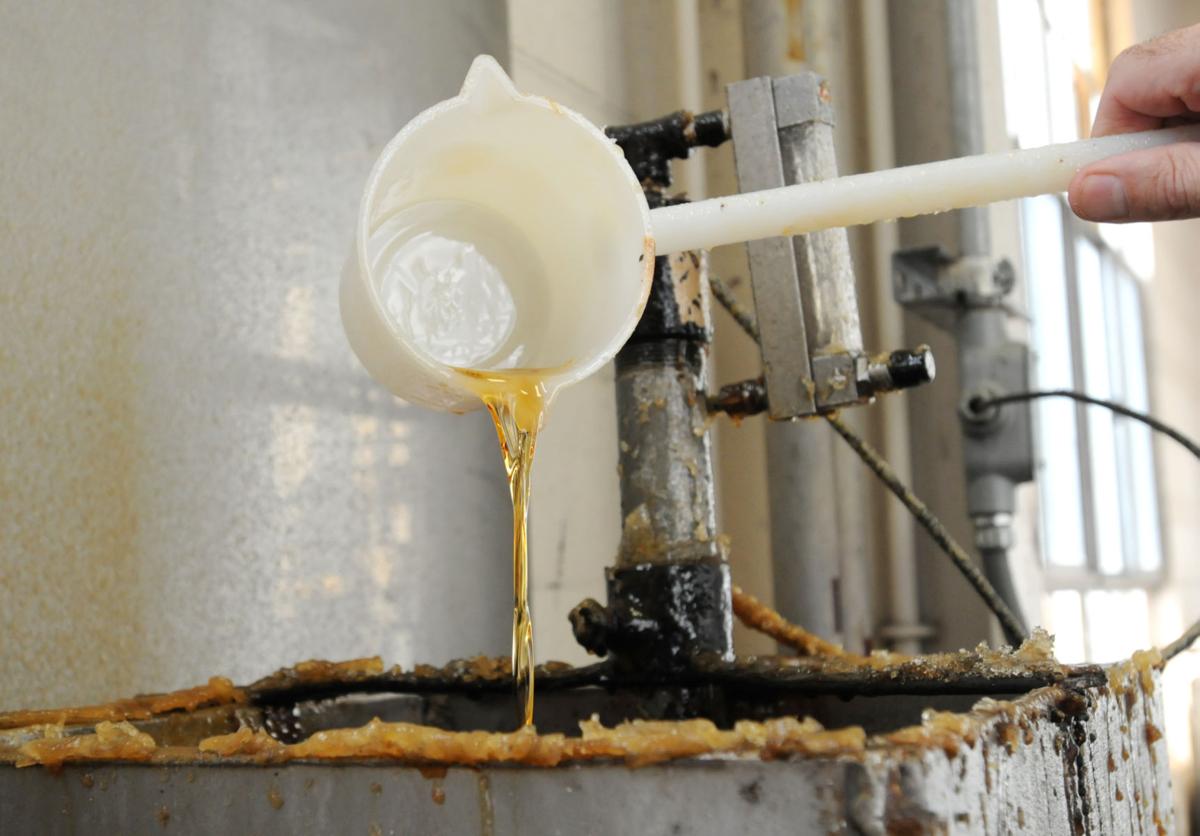 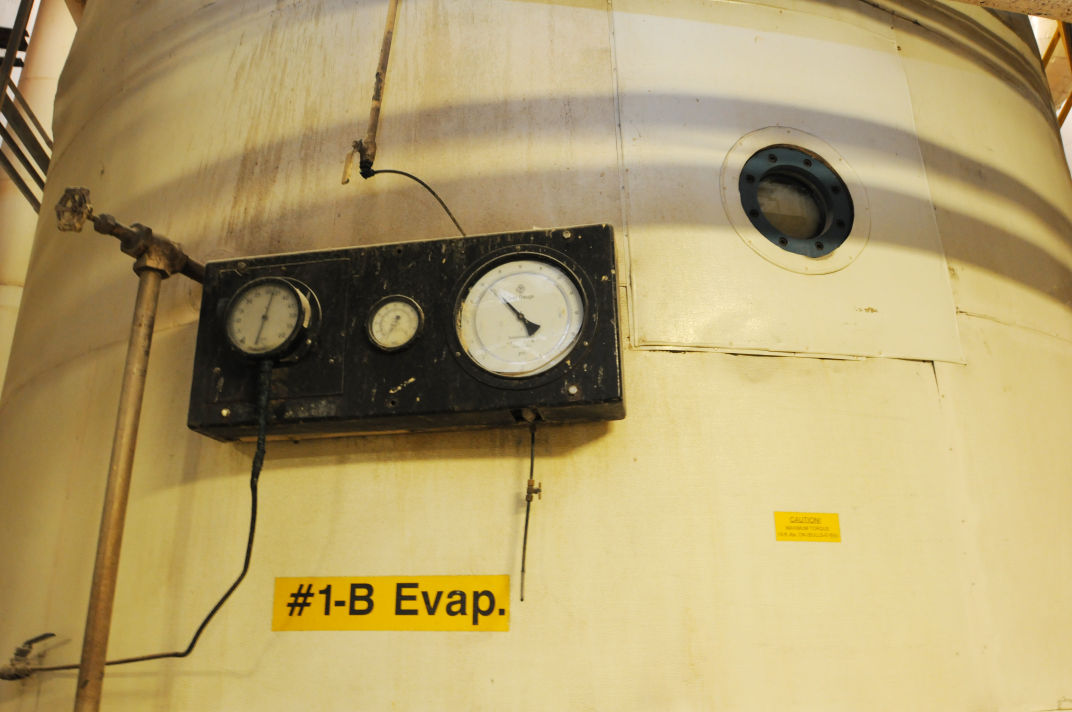 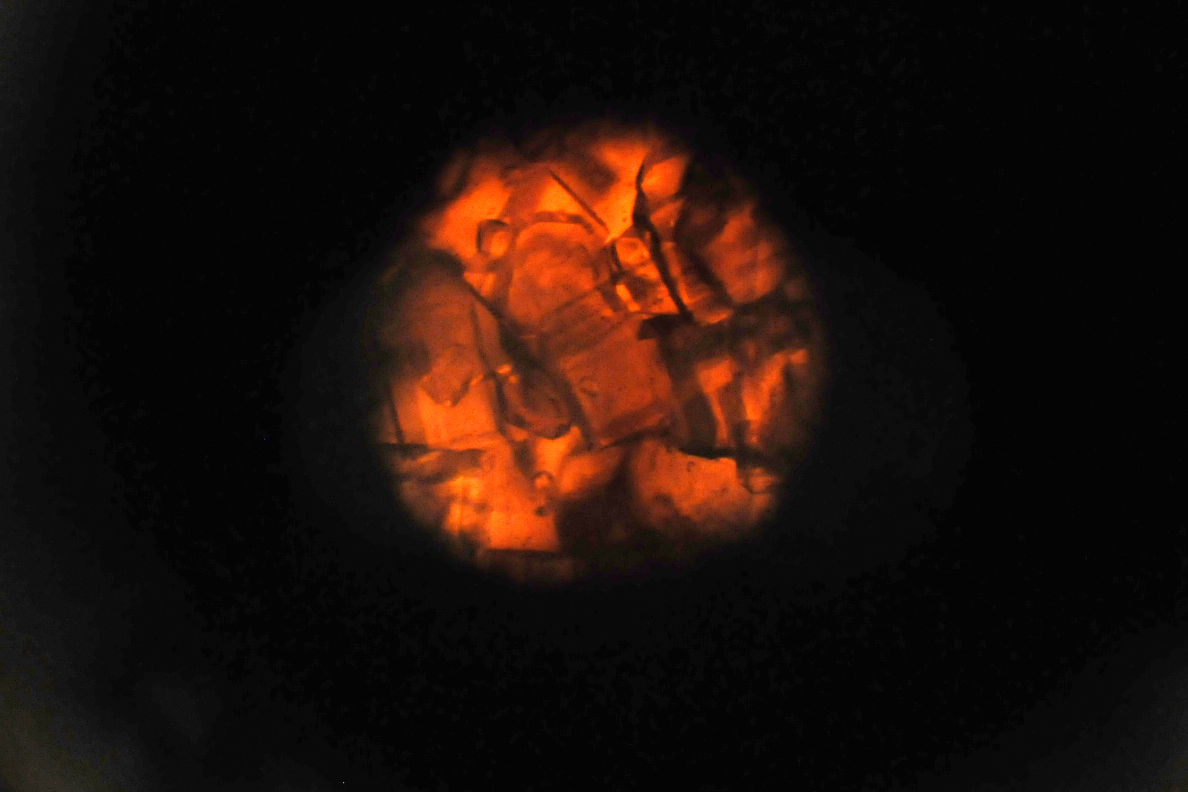 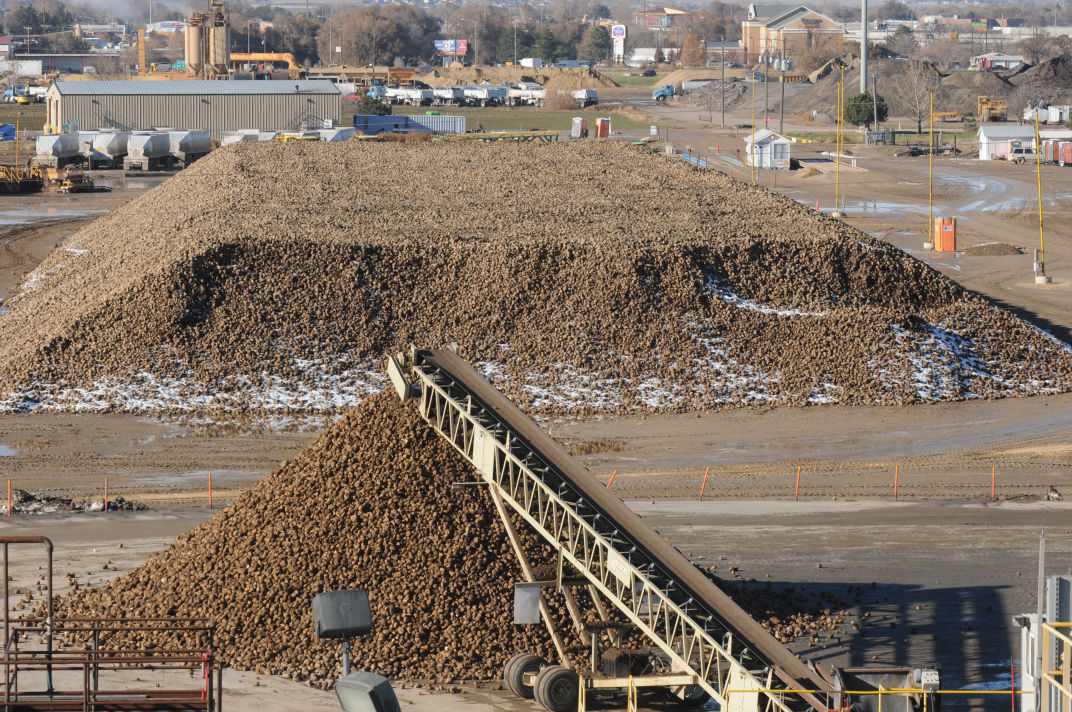 On one end of the Amalgamated Sugar processing plant in Nampa mounds of sugar beets sit in rows, still covered in dirt from the fields they came from.

On the other end of the plant, trucks and rail cars depart with bags of pure white sugar destined for restaurants and grocery store shelves.

What happens in between is a carefully controlled process of washing, cutting, purifying, crystallizing and drying to get perfect sugar crystals from the beets. It's a process that employs up to 500 people and produces 2 million pounds of granulated sugar each day, according to plant manager Eric Erickson.

The plant operates 300 days per year, even when there aren't piles of beets sitting outside.

“We may not be slicing beets, but we're still making sugar,” Erickson said.

Sugar beets are brought in by truckloads and on rail cars during the yearly campaign, which typically lasts from October to February. The plant will process 1.5 million beets during this year's campaign and produce 300,000 tons of sugar. The 2 million pounds of granulated sugar produced each day is enough to fill 400,000 of the five-pound bags typically found at grocery stores.

Erickson gave the Press-Tribune a tour of the plant and explained how the sugar-making process works from start to finish.

FROM SUGAR BEET TO SUGAR

During the yearly campaign, about 400 trucks per day will bring beets to the Amalgamated Sugar processing plant in Nampa. The beets are stacked in storage piles until they're used. Trucks or rail cars take the beets to wet hoppers that feed the sugar beets into a flume, which washes and transports the beets into the plant.

From the flume, the beets are taken to the feeder, which regulates the flow of beets. Flumes then take the beets through cleaning devices that also remove any rocks or weeds that may have come through with the beets. Once cleaned, the beets are taken out of the water and taken by a chain and bucket elevator to be processed.

The beets are sliced into what's called a cossette. This increases the surface area to help extract sugar. The cossettes look sort of like thick cut potato chips mixed with long, thin strips.

The cossettes are moved down a conveyer belt and into one of two diffusers to extract sugar. In the diffuser, the cossettes move upward as hot water — kept at 122 to 176 degrees — enters the top of the diffuser. The result is water containing 13 to 18 percent sugar that flows out of an outlet on the diffuser. This sugary water is called raw juice, which will later head to a purification system.

Some of the resulting wet pulp from the cossettes is sold directly as animal feed, but most of it is pressed to reduce the moisture content from 90 percent to 75 percent. The water that is removed is recycled and goes back into the diffuser. The pressed pulp is transferred to a steam dryer to be made into pellets for animal feed.

The steam dryer, the largest in the world, uses steam from on-site boilers. The steam that is exhausted from the dryer is used for other plant energy needs.

The raw juice that came from the diffusers is purified to remove anything that it is non-sugar. The juice goes through a screen to remove cossette particles first. It's then heated to 176 to 185 degrees and sent to liming tanks. There, milk of lime is added, which will react, absorb or adhere to impurities in the juice. The raw juice then goes to carbonation tanks where carbon dioxide gas bubbles through to precipitate the lime and impurities as insoluble calcium carbonate.

The insoluble calcium carbonate settles out of the juice in a clarifier and more carbon dioxide gas is added in a second set of carbonation tanks to get any remaining lime out.

The pH level of the juice is lowered when it goes through the second carbonation, which makes the calcium carbonate crystals larger and easier to filter out.

After the raw juice is filtered, it's softened in an ion exchange process and a small amount of sulfur dioxide is added to prevent reactions that could darken the juice. Once that is added, the juice becomes known as thin juice.

The thick juice next gets combined with crystalline sugars and dissolved in a melter. That mixture is filtered, which produces a clear liquid known as standard liquor. This is the last step before crystallization. The process up to this point goes twice as fast as the crystallization process.

The sugar is crystallized through low-temperature boiling in vacuum pans until its super-saturated. The crystallization process begins by adding seed crystals — finely milled sugar with carefully grown crystals — to the standard liquor. That mixture is called massecuite or fillmass. When the crystals reach the right size, the mixture goes to a mixer and is then poured into a high speed centrifugal machine. That machine separates the liquid from crystals. The liquid that is separated out is called syrup and serves as feed liquor in a second boiling through another set of boiling pans and the centrifugal process is repeated. The second time through, the resulting liquid is thick and called molasses. The crystals that were separated in the centrifuge machine the first time are then washed in hot water and sent to the granulator, which is a rotary drum dryer, and then to a cooler. Contrary to what some people think, the sugar is never bleached at the plant to make it white.

Once cooled, the sugar is stored in silos to wait for packaging. The Nampa processing plant has the capacity to store 83 million pounds of sugar in storage tanks.

The crystals that are produced in the second and third boiling are remelted with thick juice to produce standard liquor and recycled to the production process. Some of the molasses is used to make crystallized betaine, an animal food additive. The Nampa plant is one of two places in the world to make betaine, which is used primarily in Europe.

The sugar is packed into 5- and 10-pound bags to be sold in retail stores. The Nampa plant packages sugar under 20 different private labels. It's also packed into 25-, 50- and 100-pound bags for industrial customers.

A robotic arm loads up bags of sugar onto pallets to be transported out of the plant. Seventeen pallets can be loaded onto one truck at one ton per pallet.

Forty-five trucks leave the plant with pallets of sugar each day to be delivered in the western U.S. Five trucks come to the plant daily with supplies.

About 10 percent of the sugar is taken by rail car for large customers like food processors and delivered to places in the West and Midwest.