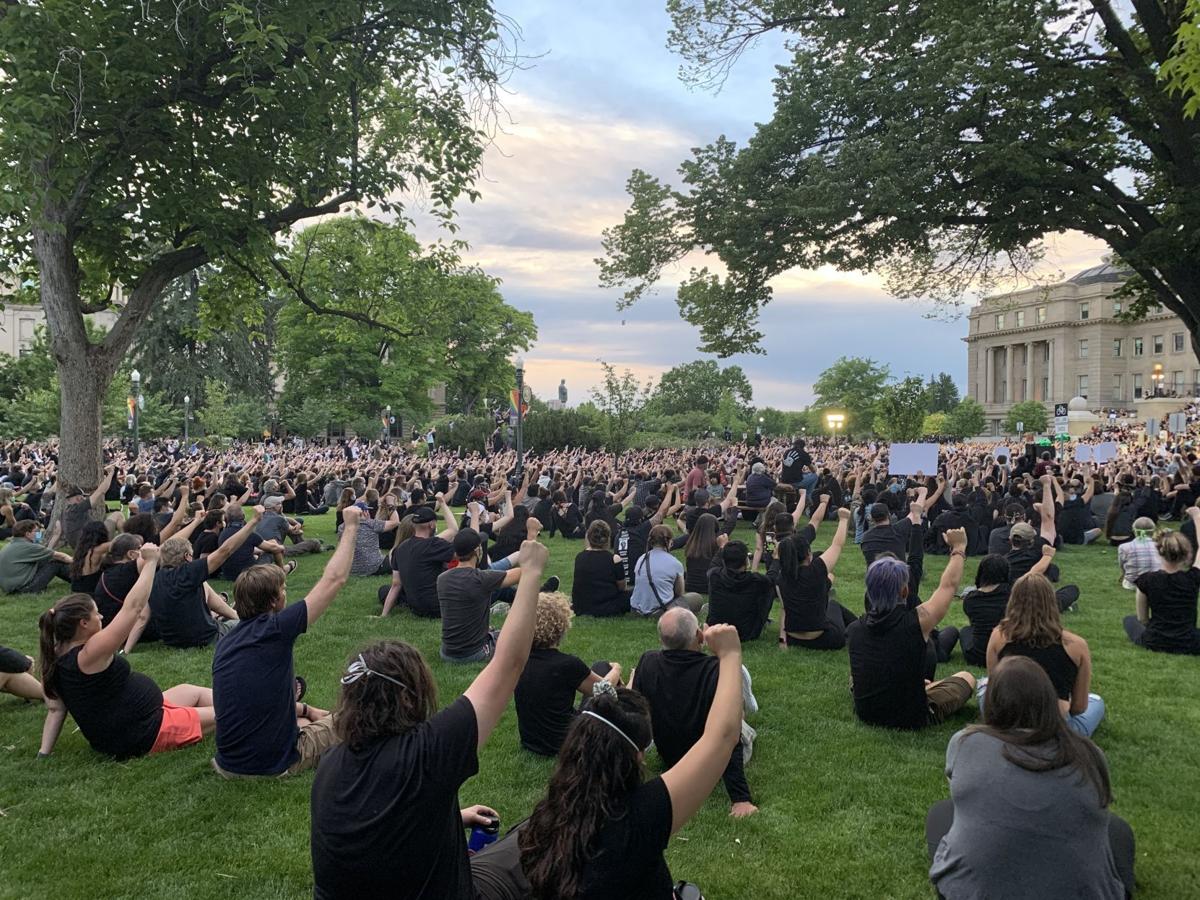 An estimated 6,000 people came to support Idaho’s Black community Tuesday evening—despite a pandemic. All 50 states have participated in protests and vigils for the slaying of George Floyd.

“I’m happy and I’m thankful that this went well,” said organizer Whitney Mestelle. “We’ve pulled off something in Boise that other cities haven’t done.”

Mestelle was referring to the fact that Boise’s vigil for Floyd on June 2 remained peaceful and, on the whole, respectful. Most mourners wore face masks, although because of the turnout, social distancing was impossible.

The vigil started at 8:30 p.m. and began with local Native activist Tai Simpson welcoming the crowd, conducting an Indigenous land acknowledgment, and introducing organizers and speakers. Speakers talked about lived experiences, read literature and began the vigil, asking people to sit or kneel as they read from a long list of African Americans that have been killed by police brutality.

The crowd responded by also saying each name in turn. Mestelle said she was proud of her fellow organizers and the people of Boise for showing their support.

She had conversations with Boise Mayor Lauren McLean and the acting Boise police chief, explaining the event's mission. Those stakeholders were in full support.

“I feel the peacefulness of what we are doing brought people out,” said Mestelle. “I feel we did something that can help bring about some lasting change and it was beautiful to see so many people taking time to recognize and honor the lives lost.”

The somber tone of the vigil itself marked a contrast to previous protests. On June 1, protesters and counter protesters squared off in front of the Capitol, and police arrested one counter-demonstrator after the discharge of his firearm. Nobody was injured in the incident.

Compared to the police presence on the streets of downtown the amount of armed people on the street was significant. Groups of armed people gathered on street corners, and a large group of cars decorated with American and Trump flags congregated in a parking lot behind the Neurolux Lounge.

Members of that group were mostly young. From the backs of their trucks, they blared the National Anthem and shouting at passersby. At one point, as a person in a car yelled at them, one young man proceeded to climb atop his pickup truck and point his assault rifle at the car, yelling "Come fight me like a man."

Police took no enforcement actions against the provocateurs at the time. When asked how they could address the situation, one officer said "They have a right to protest and assemble." They gave no comment when told the young people had pointed a rifle at another person.