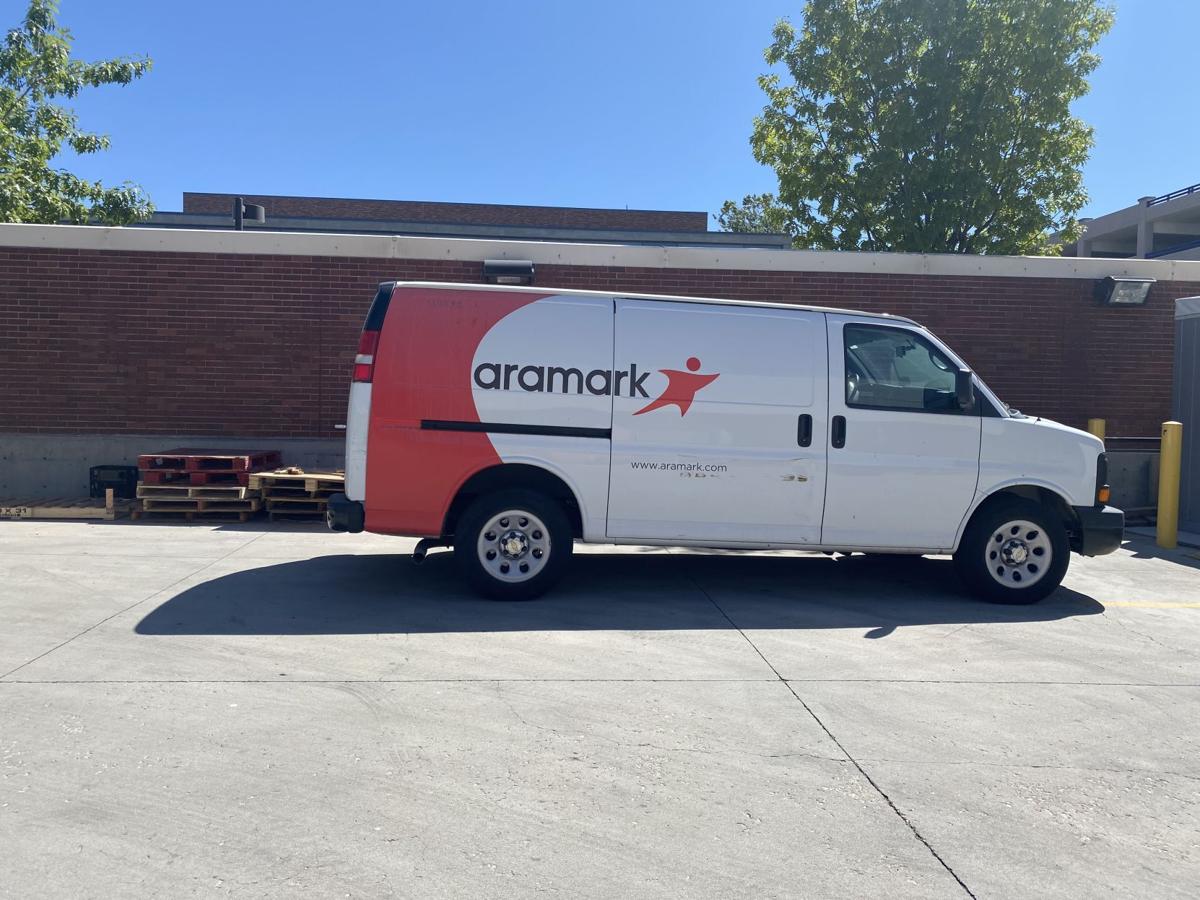 An Aramark van parked at Boise State University. Students have pushed back against the food service provider over its relationships with prisons. 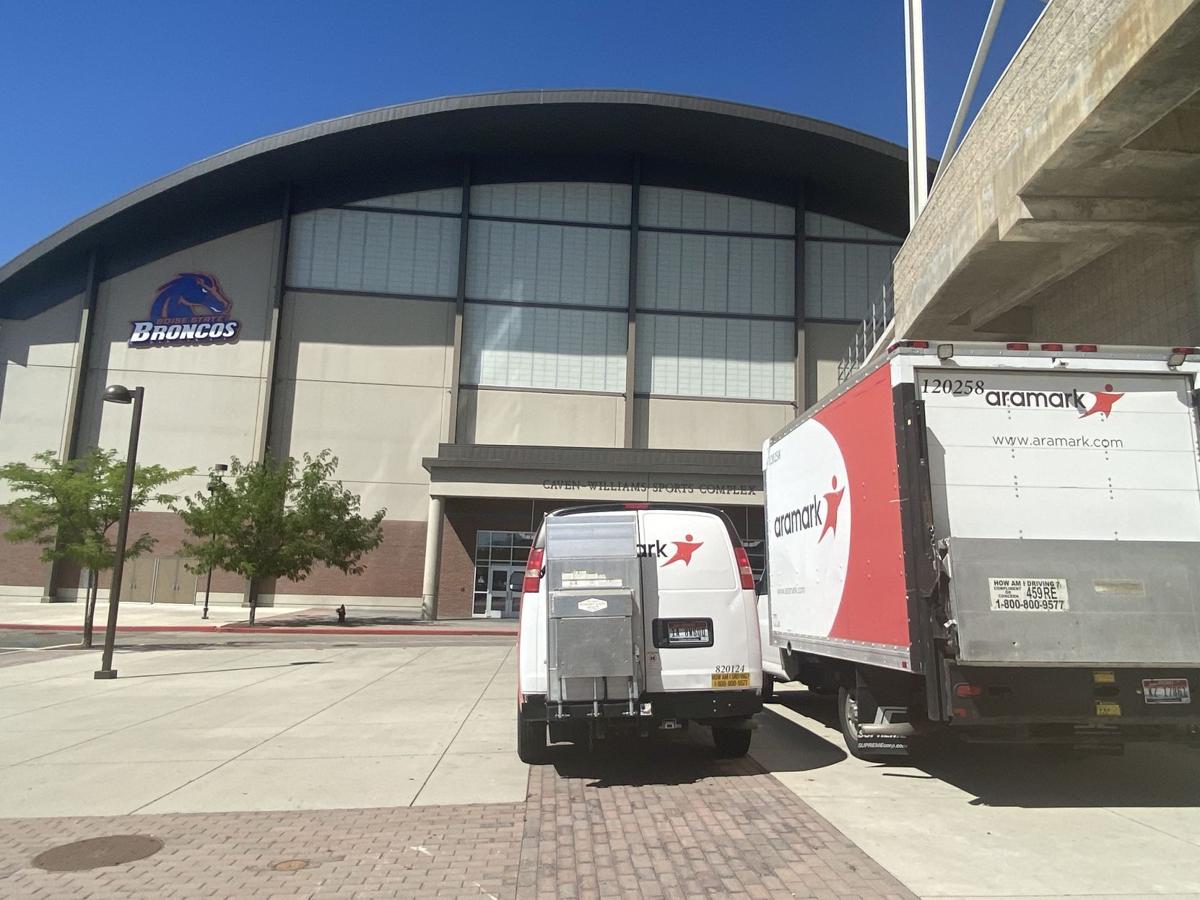 An Aramark van parked at Boise State University. Students have pushed back against the food service provider over its relationships with prisons.

The red logo of Fortune 500 food service conglomerate Aramark Corporation has flashed across the many screens of those who have watched the Academy Award-nominated documentary The 13th, a film that exposes how the prison system in the United States has roots in slavery. Aramark is used as an example in the doc of a multi-billion-dollar company that profits from the prison industrial complex and perpetuates systemic racism in incarceration. The corporation permeates nearly every establishment with the need for a cafeteria, including the American education system and, more specifically, Boise State University.

“ASBSU supports students and we hope to find another dining service besides Aramark,” wrote ASBSU Vice President Cambree Kanala in a message to Boise Weekly. “We have brought up/had conversations with university administrators, however we haven’t gotten the response we hoped for.”

A petition initiated in June calls for Boise State University to find a new food supplier with less involvement with prisons. The petition requires 1,000 signatures and as of Aug. 7, was less than 100 signatures away from its goal. Since 2006, Boise State University students have been among the approximately 5 million people at colleges, universities, and K-12 schools that have been served meals from Aramark, many of whom are displeased with this connection.

Aside from Aramark’s direct connection with the prison industrial complex, the company has had a troubled relationship with Boise State University for many years. Allegations brought against Aramark in 2017 accuse it of creating a working environment where employees were subject to mistreatment and harassment on the job.

Brandi Kissack, a Boise State Aramark employee who worked as a baker, filed a federal lawsuit against the company in April 2019, alleging that she experienced a “sexually hostile working environment.” Kissack claims that she was sexually harassed by her manager, who allegedly asked for nude photos of her, and that other male employees made “nonstop” sexual remarks. After she filed a complaint, she said management retaliated by denying her promotions and raises. The suit continues into 2020, with no end in sight.

BSU’s current contract with Aramark ends on June 30, 2021, and was projected at the time of its signing to make a total of $14 million in annual sales. The contractual relationship could possibly have made Aramark a profit of $11 million annually since 2016. Boise State representatives did not respond to multiple requests for comment.

“The prison industrial complex extends slavery into our modern day economy...,” a comment under the petition read. “It is not something that Boise State should participate in or uphold in any way.”

Aramark is one of the largest prison food service providers in the United States through its subsidiary, Aramark Correctional Services. In 2010, the company stopped reporting the number of prisons where it operates, but it is reported to have served 380 million meals to prisoners in 2019, many of which were packaged by prisoners for little pay. That same year it was sued for involuntary servitude by eight people incarcerated at the Santa Rita Jail in California.

Boise State University students are joined by thousands of other like-minded people who are pleading with their universities to cut ties with Aramark. They cite a wide range of reasons, only a few of which include workers being laid off without severance during the COVID-19 pandemic, mistreatment of employees and patrons, and, most of all, for Aramark’s direct ties to incarceration and the prison industrial system, as explained in The 13th.

“The prison industrial complex refers to the system of mass incarceration and the companies that profit from mass incarceration. That includes both operators of private prisons, which get a lot of attention, as well as a vast sea of vendors,” investigative reporter Daniel Wagner said in the documentary.

The critically acclaimed documentary goes on to list Aramark as one of the corporations that profit from incarceration, and has sparked outrage as a result. A quick search on change.org reveals over 200 results petitioning against Aramark. Even outside of petitioning, student-led social movements have created change at universities like Yale in 2007. Demands for universities to cut ties with historically racist companies continue to erupt in schools, some of which include the University of Virginia, New York’s Fordham University, Kent State University and University of South Florida.

Emilie Morris, a graduate assistant in the Center for Student Involvement at the University of South Florida, is another example of the many students who are calling their universities to drop Aramark as a provider for on-campus dining services. Morris’ distress echoes the concerns that others have laid at the feet of their universities for years. Morris mainly cites the conflict between the University of South Florida’s Principles of Community and Aramark’s reputation.

“This is an issue I take seriously, as allowing corporations like Aramark to profit off students while universities claim to be striving for and working towards inclusive and ethical campus environments seems very hypocritical to me,” Morris wrote in an email.

Morris’ petition has received over half the necessary signatures, and she said that she hopes to devote more time to what she calls her “End Aramark efforts” by collaborating with different student organizations and working with different people who are similarly dedicated to making noise about the issue. However, she also mentions it is hard as a student who has other obligations.

“That’s truly the issue with student-led petitions like this – we (students) all have an expiration date. Students are on campus anywhere from 2 – 6 years,” Morris wrote. “University leadership holds their positions anywhere from 5 – 20 years giving them the ability to wait out students who will eventually graduate and leave the campus. This is very frustrating and I’m hoping to begin something that will continue to push for Aramark’s removal from our campus even after I graduate.”

Even so, there are examples of students who were outraged and adamant enough to make real, tangible change happen before they left the halls of higher education. In late 2018 on New York University’s campus, students led a lengthy campaign for NYU to cut ties with Aramark after the dining service served a stereotypically racist meal consisting of watermelon, collard greens and Kool-Aid to students during Black History Month.

At the end of 2018, NYU students saw the climax of the campaign when the student-led Incarceration to Education Coalition occupied the Elmer Holmes Bobst Library atrium until NYU agreed to cut ties with Aramark. In March 2019, NYU ended its contract with Aramark after more than 40 years. Regardless, in the case of Boise State, Aramark has not acknowledged its troubled past, instead contesting that it is contributing to solving the issues surrounding the prison system in America.

“We have become the target of a well-organized campaign questioning our role in providing important food and nutrition for people that are in the justice system,” Vice President Communications & Public Affairs at Aramark Karen Cutler wrote in an email to Boise Weekly. “We are actually part of the solution with a strong commitment to rehabilitating incarcerated individuals so they can transition back to their communities.”

In 2015, prisoners in both Ohio and Michigan were served Aramark food that was infested with maggots. According to goodjobsfirst.org, it racked up $19,724,962 in penalties nationally from 2000 to 2019, over $11 million of which come from employment related offenses, like wage and hour violations, employment discrimination and workplace safety or health violations.

Whether or not Boise State students can manage to sway the university they pay almost $25,000 per year to attend, they are starting a conversation about the morality of such vast corporations and what their place is in a community.

“Marlene Tromp, please act on this and help Boise State be the university that truly works to improve the lives of Black students in more ways than one,” Liz Raphael, the creator of the petition for Boise State University to drop Aramark, wrote in the body of the petition. “We can all do better, this is tangible.”